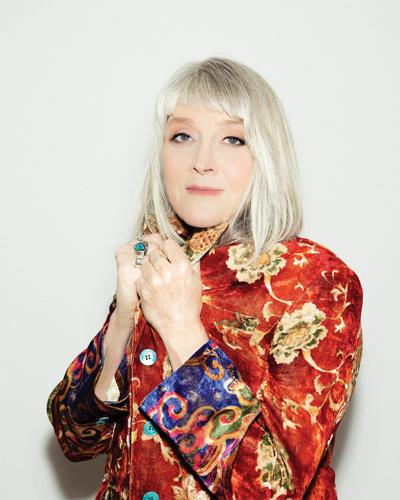 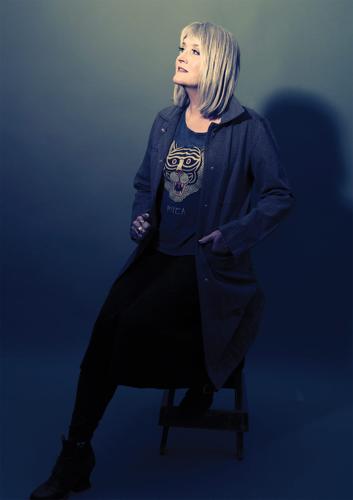 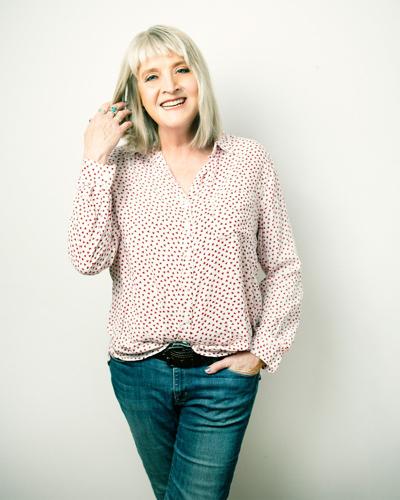 Doors will open at 7 p.m. The show begins at 7:30 p.m. Tickets are $25 in advance and $30 at the door. Visit www.safetyharborartandmusiccenter.com.

Richey entered the music scene in the 1990s, signing her first recording contract with Mercury Nashville when she was 37.

The Ohio native’s passion for music emerged when she was younger and may have been sparked in her great aunt’s record shop, where she’d scour the bins and soak it all in. She took up the guitar in high school and while studying environmental education and sociology at Western Kentucky University in Bowling Green played in a band with Bill Lloyd. But it didn’t stick.

After Kentucky, Richey worked in nature centers in Colorado and Ohio and traveled to Sweden and South America. She eventually landed in Bellingham, Washington, where she worked as a cook while her boyfriend went to grad school. Their deal was that she got to decide where they went after he graduated.

One night in 1988, some old friends — Bill Lloyd and Radney Foster — rolled through town. She sold T-shirts at their gig, and they talked up Nashville. To drive the point home, Lloyd sent her a tape with Steve Earle and others on it. So taken by the songwriting, Richey and her partner loaded up their Ford F150 and headed to Music City.

In Nashville, Richey cooked at the famed Bluebird Café and gigged around town at writers’ nights. At a show one night, Mercury Records’ Luke Lewis approached her. That led to a meeting with him and Keith Stegall where Richey played a song, talked and walked out with her first record deal.

“They gave me way more than enough rope to hang myself with,” Richey said. “I could do whatever I wanted.”

Richey released her self-titled debut album in 1995. Produced by Richard Bennett, it spawned the singles “Just My Luck” and “Those Words We Said.” “Bitter Sweet,” the follow-up album, was released in 1997. Other albums included “Glimmer” in 1999, “Rise” in 2002, “Chinese Boxes” in 2007, “Wreck Your Wheels” in 2010, and a few others scattered across various labels.

In 2020, she released “A Long Way Back: The Songs of Glimmer,” her most recent album on Yep Roc Records. The album marks the 20th anniversary of her album “Glimmer,” featuring new recordings of her songs. Unlike her first two albums, “Glimmer” featured unfamiliar musicians and an oversized budget that made the production difficult.

“I started off that record scared to death,” Richey said of making “​Glimmer”​ with producer Hugh Padgham. “It wasn’t the way I was used to making records.”

Richey said that she was broken-hearted when she wrote and recorded most of the songs on “Glimmer.”

“At the time, I needed to really get out of my head and out of Nashville,” she said. “I think that was what appealed to me so much about making a record somewhere that wasn’t home and with new people. Recording these songs again was a good way to look back and remember I made it through those times.”

On ​“Long Way Back: The Songs of Glimmer,” Richey isn’t pretending to be anything or anyone she’s not, and neither are the songs. Richey and Lancio set out to make a guitar/vocal record, but the songs had something else in mind, and that something included drums by Lancio’s legendary neighbor, Aaron “the A-Train” Smith, among other things.

“Once we stopped making rules about what could and could not be on the record, the songs spoke for themselves,” Richey said. “I knew all along I wanted Dan Mitchell to play flugelhorn, and the two tracks he played on are two of my favorites. In the end, the songs decided.”

Through it all, Richey has worn her heart on her sleeve, revealing herself time and again.

“I started writing songs because of Joni Mitchell, probably like most women songwriters of a certain age,” Richey admitted. “I loved being able to write songs because I was really super-shy. I couldn’t say things to people that I wanted to say. If I put it in a song, there was the deniability. If I ever got called on it, I could say, ‘Oh, heavens no, that’s just a song! I made that up.’”