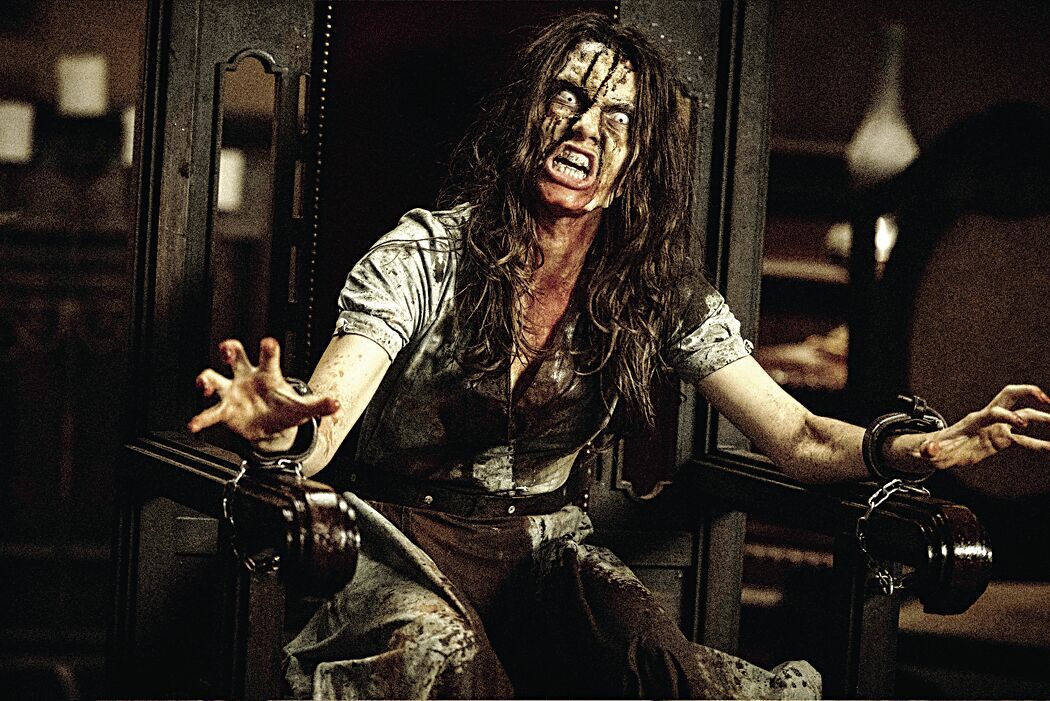 Any filmmaker who accepts the challenge of breathing new life into the exorcism subgenre automatically earns some points with horror afficionados. “The Exorcist,” William Friedkin’s 1973 adaptation of William Peter Blatty’s novel of the same name, casts a long shadow. Friedkin’s film proved so effective that it became the first horror film to be nominated for the Academy Award for Best Picture. It also provided the underpinning for every subsequent film involving demonic possession. Its narrative elements, spectacle horror and iconic motifs continue to resurface almost 50 years after the film’s debut. Its influence on modern horror is inescapable.

Unlike many trends in horror that flourish for a brief time before receding, the exorcism subgenre is always simmering on a back burner. More than 40 films dealing with demonic possession have been released in the last 15 years, including “The Exorcism of Emily Rose,” “The Conjuring,” “The Devil Inside,” “The Crucifixion” and “The Rite.” The new year brings audiences “The Cleansing Hour,” a film directed by Damien LeVeck. RLJE Films picked up select rights to “The Cleansing Hour” from Shudder, AMC Networks’ streaming service for horror, thriller and the supernatural. The film was released Jan. 19 on VOD, digital HD and DVD.

Comparing a film to a rollercoaster ride is usually a compliment, suggesting that it offers emotional peaks and valleys, unexpected twists and lots of thrills. In this case, imagine a rollercoaster at a rundown traveling carnival: It starts off slow and clumsy, hopes no one will notice its ubiquitous imperfections as it staggers toward its apex, offers a few fleeting moments of exhilaration and then concludes with a lackluster finale that probably looked better on paper than in its execution.

The film centers around Max and Drew, a pair of digital media entrepreneurs. Capitalizing on the popularity of paranormal reality shows, the two host a popular webcast that streams “live exorcisms.” In fact, they have a crew of technical wizards who stage the sessions, using paid actors as their possession victims.

Eager to increase his audience, Max pushes the team to make each episode more shocking than the previous one. As any horror fan knows, Max is asking for trouble: Eventually, a real demon is going to come along and punish him for perpetuating the hoax.

After a brief opening sequence that introduces both the characters and the paradigm, “The Cleansing Hour” stumbles inelegantly into its storyline, with Drew’s fiancé Lane stepping up grudgingly to play the newest victim of possession when the actor tapped to do the show fails to arrive on time. It quickly becomes evident that Lane isn’t just giving an unexpectedly convincing performance in the role: She is really possessed. Uh-oh.

The first act of the film isn’t a disaster, but it isn’t compelling, either. As the demon starts killing the crew and torturing Max and Drew — as well as making Lane look as if she has been living in garbage dump for years with no interest in maintaining any semblance of personal hygiene — the viewer has no reason to empathize. The script makes no attempt to make any of the characters affable or interesting. At this point, it feels as if the audience has more reason to sympathize with the demon: Why feel sorry for a bunch of hustlers and con artists?

Surprisingly, “The Cleansing Hour” takes a dramatic turn in its second act when it starts to reveal glimpses of Max’s backstory. The demon demands Max bare his soul to his captive audience in order to save Lane. He shares a harrowing tale of childhood events that took place in Catholic school. He confesses that he left the Catholic priesthood because he was repulsed by the corruption he discovered. Suddenly, the film gets interesting. Suddenly, the viewer finds a reason to care about the characters.

Unfortunately, “The Cleansing Hour” squanders its newfound poignance and passion. It jumps the shark in the third act, substituting what could have been an intimate, locked-room thriller with a gawky, unbelievable and unnecessary doomsday scenario. While most demonic possession films focus on the intimate proximity of the possessor and victim, the demon in this film is suddenly — and inexplicably — granted seemingly limitless power, transforming into something akin to a Big Bad from “Buffy the Vampire Slayer.” If only Spike was around to save the day. It is a jarring shift in tone that smells like last-minute rewrite when producers decided they wanted a showstopping shocker. Granted, it is a deviation from the paradigm — but distinctiveness does not always equate to excellence.

It's not all bad. There is an underlying critique of our preoccupation with paranormal reality programs and our addiction to witnessing history as it happens via the internet and social media. The film exploits the subgenre’s basic tropes effectively, delivering efficient scares even if they are familiar. The cast turns in better-than-expected performances, including Ryan Guzman portrayal of Max and Kyle Gallner’s Drew. As is so often the case in exorcism films, the best performance undoubtedly comes from Alix Angelis, who — as the possessed Lane — has to depict multiple characters with strikingly different personalities.

“The Cleansing Hour” shares DNA with 2010’s “The Last Exorcism,” a found footage horror film that revolves around a film crew documenting an exorcism. Both films center around a disillusioned priest and both films involve faux documentaries. “The Last Exorcism” successfully demonstrates the tractability of the horror film genre and its capacity to analyze social woes. “The Cleansing Hour” sets its sights much lower, offering mostly ambiguous social commentary while focusing on exploring new avenues in a heavily trafficked horror subgenre. Though LeVeck’s film suffers from its uneven tone and a delay in connecting viewers to its characters, it is worth watching for the moments when it transcends its conventional framework.

Florida Department of Health reported fewer COVID-19 cases and deaths in Pinellas County last week. From Feb. 22-28, 1,455 new cases were added, bringing the total to 66,646. Thirty-two more died due to the novel coronavirus, upping the death toll to 1,451.