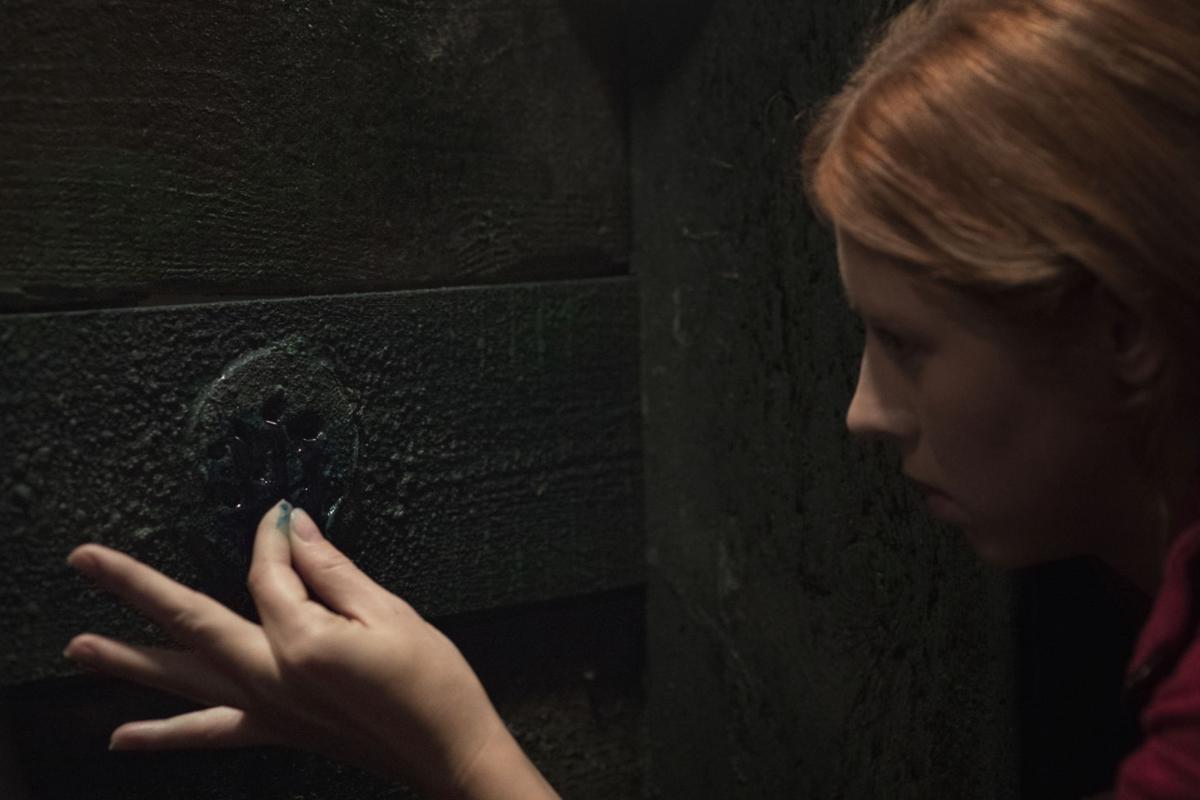 Timing is everything. When Neasa Hardiman — who wrote the screenplay and directed the science fiction thriller film “Sea Fever” — started working on this project, she had no idea it would be officially unleashed upon a world struggling with the challenges of a pandemic.

The irony? “Sea Fever” is about a small group of people stuck on a fishing trawler in the Atlantic dealing with a deadly infection. Given the current state of the world, Hardiman’s gripping yarn is as effective as it is unsettling.

“Sea Fever” actually premiered at the 2019 Toronto International Film Festival in September 2019 for a limited audience. Seven months later, the film was made available for viewing via an online live stream hosted by distributor Gunpowder & Sky's label DUST. Had COVID-19 not shuttered businesses, “Sea Fever” would have been released in theaters.

The story revolves around Siobhán (Hermione Corfield), an introverted marine biology student who is forced to spend a week on a fishing boat doing research in order to complete her degree. Despite her reluctance, she gradually forges tenuous bonds with some crew members — though none of those on board the Niamh Chinn Óir are thrilled that she’s a redhead: According to sea-faring lore, some mariners consider a redheaded passenger a “Jonah,” or bad luck.

As she describes it, Siobhán’s reason for joining the excursion is to document whatever the trawler’s nets scoop out of the sea, and to identify anything abnormal. When captain Gerard (Dougray Scott) ignores orders from the Coast Guard and steers the ship into an exclusion zone hoping to increase his chances at a big haul, the crew encounters a mysterious lifeform. A creature that could easily qualify as a classic sea monster ensnares the trawler just long enough to poke a few holes in the hull and secrete luminescent goo teeming with microscopic beasties.

You guessed it: If some of these wee parasitic tadpoles manage to get into your bloodstream, bad things happen.

“Sea Fever” starts out slow but progressively ramps up the tension. Hardiman borrows atmosphere from classic episodes of “The X-Files,” and incorporates scenes that evoke the angst of “Alien” and paranoia of John Carpenter’s “The Thing.” These cinematic allusions are used respectfully for orientation, as the director’s approach to the material is artistically fresh.

“Sea Fever” is so much more than a run-of-the-mill creature feature. Hardiman wisely keeps the focus on the cast of complex characters. Each character’s individual nature and eccentricities are evident to the viewer without mind-numbing exposition. For instance, the recklessness of the captain is caused by desperation. If Gerard and his wife, Freya (Connie Nielsen), don’t return to port with a hold full of fish, they will likely lose the Niamh Chinn Óir. Ciara (Olwen Fouere) is wise but narrowminded, and seems compelled to continue her life at sea because she has no other options. The flirtatious Johnny (Jack Hickey) is always on his last voyage, hoping for a different life but afraid to make the commitment. Omid (Ardalan Esmaili) endures the job because his wife is pregnant and he needs the money and Sudi (Elie Bouakaze) seeks acknowledgement and approval.

Relationships between crew members are complicated: They are a dysfunctional family whose financial hardships act to pull them together and tear them apart.

The introduction of the infectious lifeform increases their anxiety exponentially. They slowly transition from worrying about making enough money to pay bills to worrying about whether or not they will survive. Siobhán is the only one among them that sees an even bigger threat.

“My intention with ‘Sea Fever’ is to make a dreamy, devastating thriller about taking responsibility — for ourselves, our actions, our community and our world,” Hardiman explained in the production notes. “One of the big ethical issues the story raises is the conflict between individual need and global need.”

“Sea Fever” offers a timely lesson as the world grapples with stay-at-home orders, shuttered businesses, locked-down borders and quarantines. The crew of the Niamh Chinn Óir is preoccupied with quotas and income. When faced with the unknown, they instinctively fall back on superstition and legend. It is Siobhán who turns to science for answers. She encourages the crew to work together to survive.

Hardiman has tweaked all the settings perfectly for “Sea Fever,” employing an ominous atmosphere, taut suspense and compelling human drama to deliver a chilling nautical nightmare with a “monster” that serves as a metaphor for a global existential threat. The film keeps viewers involved and engaged through the final scene.