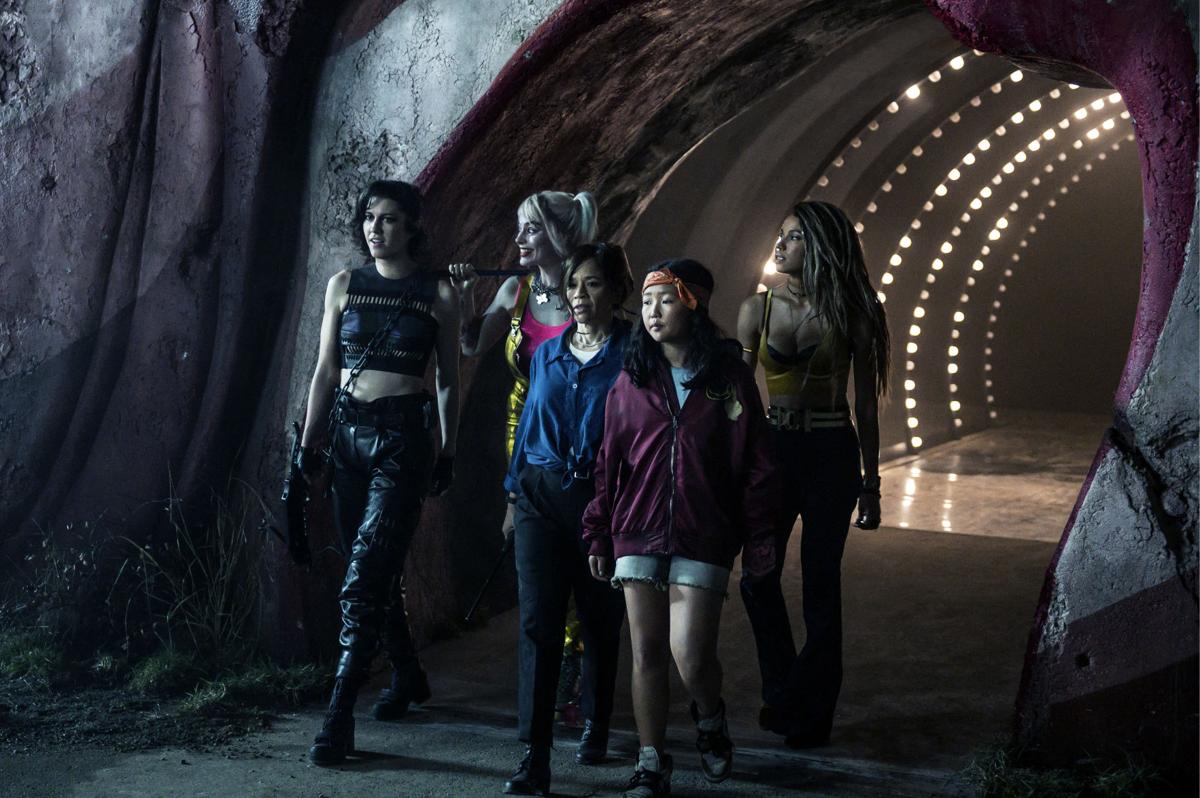 Somehow the standard idiom “apples and oranges” isn’t descriptive enough to adequately demonstrate the incommensurable qualities of the DC Extended Universe and the Marvel Cinematic Universe. I’d go with something like “apples and batarangs,” personally.

“Birds of Prey (and the Fantabulous Emancipation of One Harley Quinn)” illustrates this point effectively. Although Warner Bros. and DC Films initially tried to follow the franchise-building blueprint authored by Walt Disney and Marvel Studios, recent DCEU films have increasingly minimized shared-universe interconnectivity. In other words, directors aren’t required to shoehorn DC’s headliners into a script.

It's a good thing, too, because “Birds of Prey” is already bursting at the seams.

Narrated by Harley, the tale recounts her breakup with her former flame — none other than the Joker — and the predicament she faces when the rest of Gotham City realizes she is no longer under his protection. In particular, a narcissistic mob boss named Roman Sionis is out to get her. The nightclub owner — who moonlights as the sadistic Black Mask — dreams of becoming the top criminal overlord of Gotham.

“Birds of Prey,” the eighth film in the DC Extended Universe, is a follow-up to and spin-off of 2016’s “Suicide Squad” — but it works just fine as a standalone film. Honestly, if this happens to be the first movie you’ve seen based on a DC comic book property, the experience won’t leave you scratching your head. Written by Christina Hodson and directed by Cathy Yan, the film manages to incorporate just enough backstory to bring everyone up to speed without resorting to long-drawn-out monotonous flashbacks. In fact, there’s nothing here to thwart the film’s breakneck pace.

Along the way, Harley forges new alliances. We’ll get to those in a moment.

First, some exciting news: I won’t bore you with a delineation of the central character’s comic book origins and how this film’s adaptation measures up to the source material. That’s mainly because I stopped buying new comic books around 1983 — I still buy and read comic books, but mostly from the 1960s and 1970s — and Harley Quinn was still just an inkling of an idea in the minds of comic book creators Paul Dini and Bruce Timm. In fact, Harley debuted not on the page but in “Batman: The Animated Series” in September 1992. Her first comic book appearance followed in issue 12 of “The Batman Adventures” in September 1993.

But wait — there’s more: Harley Quinn has ties to the Tampa Bay area.

In 2014, DC launched “Harley Quinn,” a comic book series co-written by area residents Amanda Conner and her husband Jimmy Palmiotti. Chances are you’ve met one or both at regional conventions or at public signings at Pinellas comic book stores such as Clearwater’s Emerald City.

Margot Robbie clearly owns the role of Harley Quinn in “Birds of Prey.” She balances snarky sarcasm, assertive confidence and gleeful elation. Though emotionally wounded at the beginning of the tale, she never comes off as vulnerable or in need of rescue: She’s exploring her newfound freedom as she recognizes and adjusts to independence.

Those new alliances each have their own journeys of emancipation to complete, from Jurnee Smollett-Bell’s Dinah Lance/Black Canary, who has spent a lifetime subjugating her true nature because she’s afraid she’ll end up like her mother; to Mary Elizabeth Winstead’s Helena Bertinelli/Huntress, who is obsessed with vengeance. Harley also crosses paths with Gotham City Police detective Renee Montoya, played by Rosie Perez. Perez is a good choice for a principled veteran cop that has been passed over for promotion again and again in a male-dominated city.

If you hadn’t guessed it, these are all individual stories of empowerment tied together by circumstances. It works beautifully, even though “Birds of Prey” has some difficulty juggling all the characters.

The film’s weaknesses are few but noticeable. Harley’s narration sometimes seems unnecessarily inflated. Her voice seems artificial and her humor forced. At certain moments, it becomes a distraction — as though the narrator and the on-screen versions of the character don’t quite synch.

In any modern version of Gotham, there is the problem of finding a character worthy of empathy and compassion. “Birds of Prey” is laden with individuals guided by flawed moral codes. Ewan McGregor’s aggressive and manic portrayal of the atrocious Sionis does help mitigate this issue. Still, it’s not hero vs. villain but antiheroes vs. inhuman monster.

Visually arresting, “Birds of Prey” frequently feels like a surreal urban landscape dripping with Day-Glo black-light fluorescent paint. Yan’s contribution to the franchise is innovative, subversive and entertaining. Its humor is best when it winks at its self-awareness. Its action is best when Harley and her allies, uninhibited and unfettered, rage against those who seek to control and define them. “Birds of Prey” is a smart, exhilarating glitter bomb tossed at appreciative audiences growing tired of superhero clichés.

Incidentally, the movie earns its R rating with ample amounts of strong violence and language throughout, along with some sexual and drug-related subject matter.