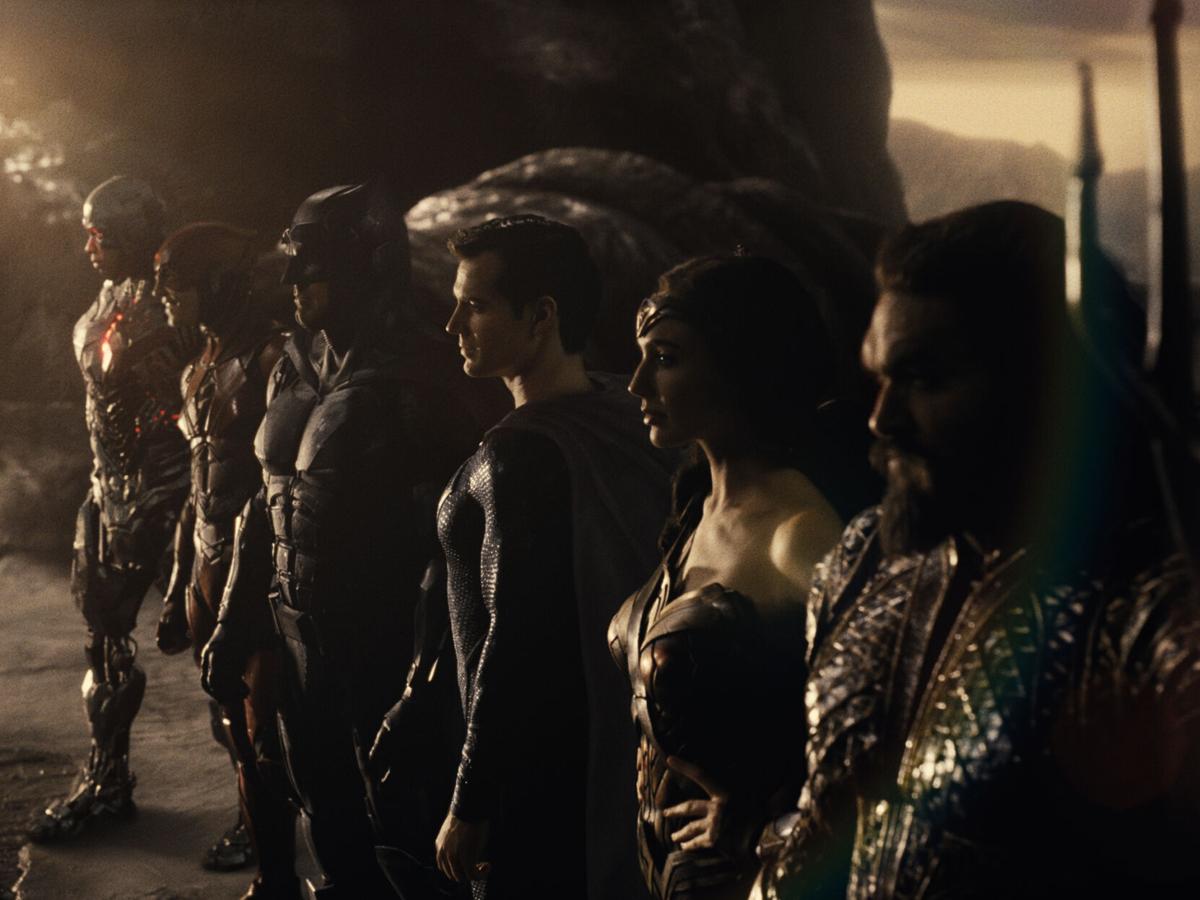 One thing that can be said for “Zack Snyder’s Justice League” is that in addition to being better — and infinitely longer — than the theatrical version Warner Bros. released in 2017, the new director’s cut is inspirational: At least, it inspired a marathon of bizarre, incomprehensible post-apocalyptic visions that infested my dreams. The so-called “Snyder Cut” is exactly that: an unflinchingly audacious visualization of director Zack Snyder’s unique and idiosyncratic creative interpretation of DC Comics iconic team of superheroes. The director’s cut isn’t an attempt to right the course for the DC Extended Universe, since both Snyder and Warner Bros. have stated that is considered an “outworld non-canon” version — which makes one wonder what the point is.

As an intellectual property, the Justice League has been around since the Silver Age of comic books, debuting in a March 1960 issue of “The Brave and the Bold.” It was a reimagining of the Golden Age's Justice Society of America that pulled together some of DC Comics’ heavy hitters along with a few lesser-known properties. The team originally included Superman, Batman, Wonder Woman, the Flash, Green Lantern, Aquaman and Martian Manhunter. By late 1960, the team had its own comic book — nearly three years before the first appearance of the Avengers, Marvel’s rival team of superheroes.

Those who grew up in the 1970s are likely familiar with the Bronze Age continuation of the comic book series as well as “Super Friends,” a family-friendly television adaptation helmed by Hanna-Barbera that ran from 1973-1985 as part of the ABC Saturday morning cartoon lineup.

The Justice League has gone through various incarnations since its inception, impacted by DC storylines and publishing changes such as the New 52 and the DC Rebirth initiative.

Given the popularity of superhero films, it is hardly surprising that plans for a Justice League film began to materialize as early as 2007. But the DC Extended Universe got off to a late start and has been trying to catch up with its competitor — the Marvel Cinematic Universe — from the beginning. “Iron Man” launched the MCU in 2008. “Man of Steel,” the first official film in the DCEU, wasn’t released until 2013 — around the same time the MCU was moving into Phase Two of its franchise with its seventh and eighth films, “Iron Man 3” and “Thor: The Dark World.”

In 2016’s “Batman v Superman: Dawn of Justice,” the DCEU planted the seeds for the first Justice League film.

Unfortunately, “Justice League” had a troubled production. Snyder, the director, came under increasing pressure from Warner Bros. due to the largely negative critical reception of “Batman v Superman: Dawn of Justice.” With numerous rewrites and frequent crew replacements, it became increasingly evident that Warner Bros. and Snyder no longer shared the same vision for the property. Snyder eventually stepped down in post-production following the death of his daughter. Joss Whedon — who directed “The Avengers” and “Avengers: Age of Ultron” for the MCU — was tapped to oversee post-production duties after Snyder's departure.

“Justice League,” the fifth installment in the DCEU, was released in November 2017. The version Whedon butchered … er, I mean, edited … underperformed at the box office and alienated many longtime fans.

Which brings us to the present.

“Zack Snyder's Justice League” was released March 18 on HBO Max. Just like the previous version, it is likely to offend some fans and appease others. How is that possible? As shown above, the property has existed for decades. Its main characters have been around even longer, with Superman dating back to 1938; Batman to 1939; and Wonder Woman to 1941. Generations of comic book readers have admired these heroes — but each new generation embraces a variation of the original architype. The Superman of Alan Moore or John Byrne is not the Superman of Jerry Siegel and Joe Shuster any more than the Batman of Frank Miller or Grant Morrison or Dennis O’Neil is the Batman of Bob Kane and Bill Finger.

Snyder lifts elements from various incarnations of the characters and brings something distinctive to his interpretation. What he delivers is overindulgent mythic pandemonium for gluttonous nihilists. If the previous theatrical version was a compromised abridgement of the director’s scattershot vision, this is an excess of folly that insists upon following every artistic tangent without any regard to its impact on storytelling or pacing. Sometimes, those tangents lead to productive detours, particularly when providing backstory that helps define individual characters. More often, though, the additional material is superfluous and gratuitous, or worse: distracting.

I get it: In Snyder’s mind, DC superheroes are modern-day representations of mythological figures. This assemblage of “metahumans” — that’s what humans with superpowers are called in the DC Universe — reflects the pantheon of gods once worshipped by ancient Greeks and Romans. It’s all pretty obvious: Superman is Zeus, Aquaman is Poseidon, Wonder Woman is Hera and Flash is Hermes. Where does that leave Batman, you ask? Bruce Wayne may not possess superpowers, but he still manages to pull his weight thanks to his limitless wealth. Ever hear the expression “more money than god?” Batman also serves as a dark counterpart of Superman, someone comfortable dwelling in shadow and passing judgement on denizens of the underworld. It’s no stretch to see him as Hades.

But viewers are less interested in the god-like aspects of superheroes. They have to be able to see what makes them mortal in order to relate to their suffering, their frustration, their indecision and their aspirations. Snyder puts too much emphasis on myth-building and too little on their humanity.

What is worse is that Snyder doesn’t even understand the fundamental aspects of these characters, from the seemingly vengeful resurrected Superman, who — according to Snyder — can only be pacified by Lois Lane, to Princess Diana of Themyscira, who — again, according to Snyder — can cast aside her honorable principles when necessary to act as judge, jury and executioner.

The four-hour run time also allows for an endless string of potential continuity issues in the DCEU if this film was considered canon. Because it is not, all those story setups Snyder showcases in his epilogue are likely dead-end diversions that will only be played out in fan fiction or in surreal nightmares set against Snyder’s drab gray and sepia backdrops.

“Zack Snyder’s Justice League” isn’t a total waste. Somewhere in those four hours, there’s probably a decent popcorn movie, especially for those who prefer their heroes all glum and moody. It is far more comprehensible than what Whedon whittled out of the project, though still far from achieving the kind of consistency and panache of the best films in the MCU. There is no doubt Snyder’s core concept was epic in essence and in possibilities, but he lacked the resources and the sponsorship to fully explore his creation. Like Whedon’s reworking, this still feels like a glimpse at what might have been: a meandering, sometimes entertaining encapsulation of larger-than-life heroes that never quite seem genuine enough to make the viewer care much about them.