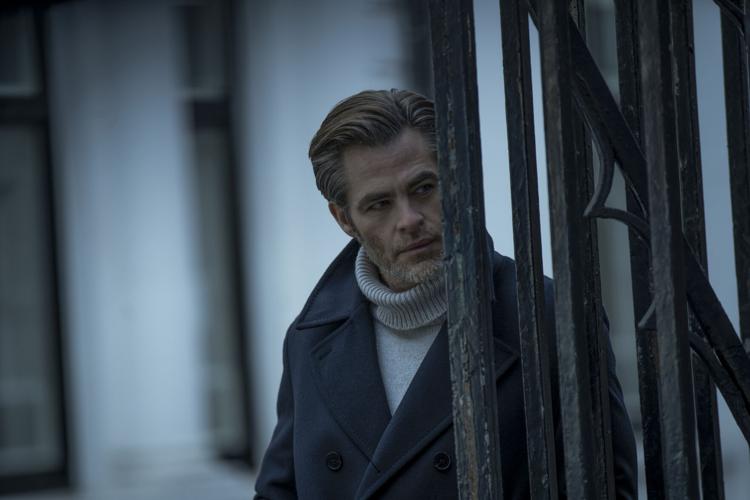 Chris Pine stars as Henry Pelham in “All the Old Knives.” 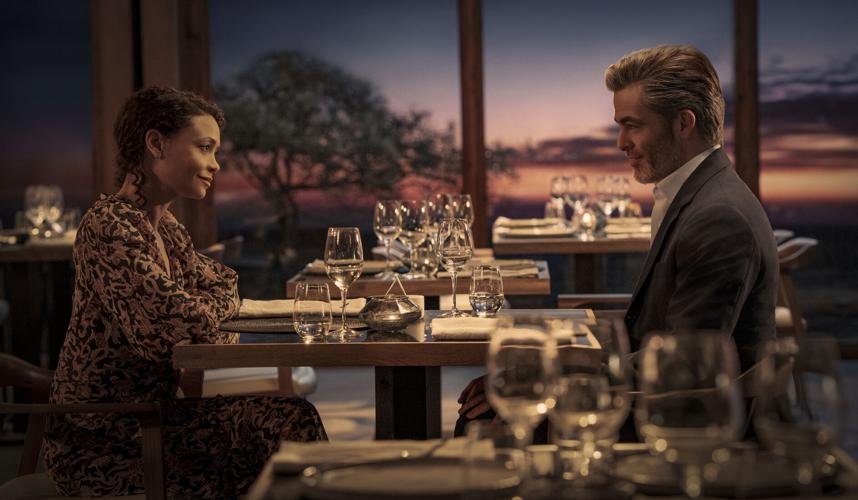 Thandiwe Newton stars as Celia Harrison and Chris Pine as Henry Pelham in “All the Old Knives.”

Chris Pine stars as Henry Pelham in “All the Old Knives.”

Thandiwe Newton stars as Celia Harrison and Chris Pine as Henry Pelham in “All the Old Knives.”

How do you prefer your spy films? Loud and brash? Subtle and true-to-life? Do you favor over-the-top, larger-than-life protagonists with a devil-may-care attitude or somber, meticulous, by-the-book leads who work within the limits of a sometimes-stifling bureaucratic system? Should the villains be wildly exaggerated megalomaniacs with ridiculously excessive schemes or crafty adversaries as intimidating as they are evasive?

When modern audiences think about the spy film genre, their thoughts will probably turn to the lead character in one of two blockbuster franchises that dominate the box office: James Bond and Ethan Hunt.

Bond is the fictional character created by British journalist and novelist Ian Fleming in 1952. “Dr. No” launched the James Bond series of films in 1962. Since then, there have been 25 Bond films — more than that if you count 1967’s “Casino Royale” and 1983’s “Never Say Never Again.” The most recent, “No Time to Die,” was released in 2021 after a delay caused by the pandemic.

Hunt is an IMF agent in the Mission: Impossible series of spy films. The film series is based upon the 1966 television series “Mission: Impossible” created by Bruce Geller. To date, there have been six films in the series, with “Mission Impossible — Fallout” being the most recent. Two additional films are scheduled for release in 2023 and 2024.

Both franchises cater to those who prefer their espionage films to crank the action up to 11. If you fall on the opposite side of the spectrum, you probably prefer a good cinematic adaptation of one the novels of John le Carré, such as 1965’s “The Spy Who Came in from the Cold” or 2011’s “Tinker Tailor Soldier Spy.”

“All the Old Knives” falls into the subtle and true-to-life category of spy films. Directed by Janus Metz, the film is based on the novel of the same name by Olen Steinhauer. The film was released in select theaters and on digital on Amazon Prime April 8.

Chris Pine stars as CIA agent Henry Pelham. Working at the agency’s Vienna station in 2020, Henry is asked by Vick Wallinger (Laurence Fishburne) to root out a potential mole. Evidence has come to light that someone at the Vienna station fed information to a terrorist organization during a 2012 hijacking that resulted in the deaths of everyone onboard a Turkish Airlines flight. Both Henry and Vick worked at the station during the event, as did Henry’s colleague and ex-lover Celia Harrison (Thandiwe Newton) as well as Celia’s mentor, Bill Compton (Jonathan Pryce).

Henry first interrogates Bill in London pub before traveling to Carmel-by-the-Sea, California, to interview Celia. Celia left the CIA in the aftermath of the terrorist hijacking and now lives with her husband and two young children.

The story plays out in lengthy flashbacks as Henry and Celia discuss the tragic events of 2012 while they drink wine and eat dinner at an upscale restaurant overlooking the Pacific. These scenes are clearly truncated to restrict the flow of information to the viewer. Metz has an obvious agenda: Tell the tale in such a way that crucial details are kept hidden until the moment when they will have the greatest impact. He meticulously controls the timing of every reveal.

“The challenge of making a spy movie is not to make things too obvious,” Metz said in production notes for the film. “Espionage is about keeping secrets from people and choosing when to reveal certain details. Deciding when to hide information from the viewer was one of the most critical things about making this film work. You sometimes have to purposefully mislead the audience to twist the story in unexpected ways, and that was something I really enjoyed.”

If done well, the audience shouldn’t really notice when it’s happening. It should aid in building tension and prolonging the mystery. In “All the Old Knives,” it’s obvious enough that it gradually becomes an irritant. There are too many glaring omissions in the plot, and too many recognizable setups along the winding path that lead to some revelation. Foreshadowing shouldn’t be so evident that the viewer raises an eyebrow and mutters “that’s gonna be important later.”

Even with its lumbering pace and its monotonous dialogue, “All the Old Knives” is enthralling enough to hook viewers into plodding through the 101-minute runtime to unravel all the intricacies of the convoluted plot, no matter how poorly executed the delivery might seem in retrospect. Pine and Newton bring an anxious chemistry to their roles that underlies the psychological game of chess unfolding between Henry and Celia. Although the film may not achieve the absorbing slow-burn thriller status to which it aspires, it’s still better than a cut-and-paste pastiche.

Mystery and misdirection supersede action and edginess in “All the Old Knives,” a film that offers a mildly thought-provoking — though imminently forgettable — diversion.