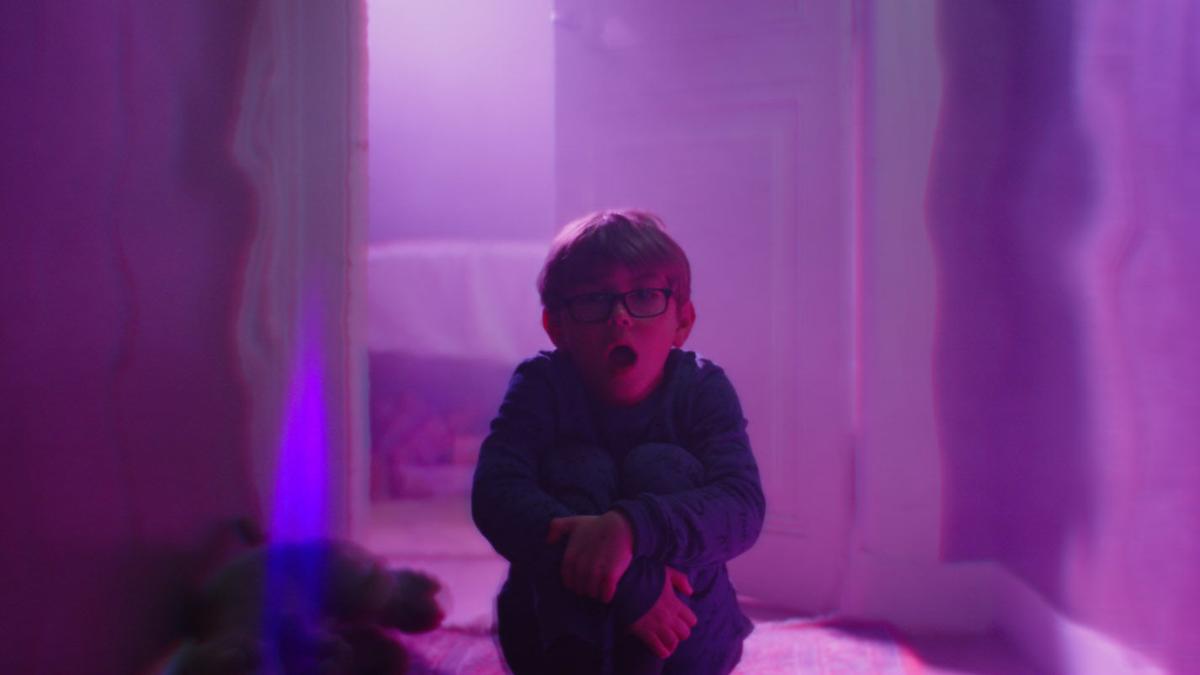 Julian Hilliard stars as Jack Gardner in the sci-fi/horror film “Color Out of Space," an RLJE Films release.

Admittedly, my opinion of Richard Stanley’s new film “Color Out of Space” may be skewed by my admiration for the source material.

The film is based upon the 1927 short story "The Colour Out of Space" by weird fiction master H.P. Lovecraft. Set in the backwoods to the west of the fictional town of Arkham, Massachusetts, the short story first appeared in an issue of the science fiction pulp “Amazing Stories.” Considered one of the author’s best works, over the years a number of film adaptations have appeared, such as 1965’s “Die, Monster, Die,” starring Boris Karloff; and 1987’s “The Curse,” featuring Claude Akins, John Schneider and a 15-year-old Wil Wheaton.

Stanley’s new treatment of the tale raises the bar. It’s a trippy, lurid nightmare populated by twitchy, overburdened characters. It’s subtle one minute and aggressively provocative the next. It’s mind-blowing, visceral and surprisingly faithful to the original text, though set in the modern era.

Again: I am predisposed to embrace anything having to do with Lovecraft. My fascination with the author dates back to the early 1980s when I picked up a copy of the 1964 Lancer edition of “The Colour Out of Space and Others,” most likely at Haslam’s Book Store in St. Petersburg. The paperback contained the title story along with six other tales, such as “Cool Air,” “The Whisperer in Darkness” and the iconic mythos-spawning classic “The Call of Cthulhu.” Lovecraft soon joined Poe and a few other writers to become early influences on my own horror fiction. Among my published stories is “Amidst the Blighted Swathes of Grey Desolation,” an homage to “The Colour Out of Space” included in the 2017 PS Publishing anthology “Through a Mythos Darkly,” edited by Glynn Owen Barrass and Brian M. Sammons.

Many 20th century authors have been influenced by Lovecraft, including Stephen King, Ramsey Campbell, Alan Moore, Brian Lumley and Neil Gaiman. Reflections of his cosmic horror themes continue to appear in popular culture and in recent films such as “Underwater,” “The Void,” “The Mist” and “Absentia.”

In “Color Out of Space,” Nathan Gardner (Nicolas Cage) has led his family to his father’s farm in the hopes that relocating from the city to a rural setting will help them all heal from a recent ordeal. Accompanied by his wife Theresa Gardner (Joely Richardson) and their three children (Madeleine Arthur, Brenden Meyer and Julian Hilliard), Nathan plans to raise alpacas.

When a meteorite falls from the sky and slams into their front yard, the family’s demeanor is immediately impacted. The spectacle draws some attention from the surrounding community, but soon the Gardners are left alone to deal with the aftermath. Family members experience weird flora, deformed animals and eerie distortions in the fabric of reality. One outsider — Ward Phillips (Elliot Knight), a visiting hydrologist — provides the film’s sole link to sanity and reason.

Stanley brings out solid performances from his cast. Yes: Cage is still Cage, but the director limits his histrionic eruptions to very specific scenes. The story certainly allows for a gradual descent into madness, and no one does uncontrollable mania like Cage. Stanley manages to get a number of his actors — Cage as well as Tommy Chong, who plays a hippy recluse — to break out of the pigeonholes that years of typecasting has imposed upon them. That’s quite an achievement.

Moreover, the director manages to pay tribute to more than a few genre legends throughout the film. There are obvious references to “Poltergeist” and “The Thing,” to name a few.

Lovecraft is all about knowing the unknowable and seeing that which should never be seen. “Color Out of Space” shouldn’t really work as a film because the essence of what the Gardners witness and experience can’t be effectively conveyed to the audience — at least, not without driving them all insane. But Stanley somehow succeeds. Mixing graphic body horror, surreal spectacle and shocking psychedelic visuals, he ushers audiences to the tale’s mind-blowing climax that preserves Lovecraft’s nihilistic viewpoint. It is as close as fans of cosmic horror are likely to get to a masterpiece, barring a change in the fate of Guillermo del Toro's long-shelved “At the Mountains of Madness” project.

RLJE Films will release the film Jan. 24 in select theaters.