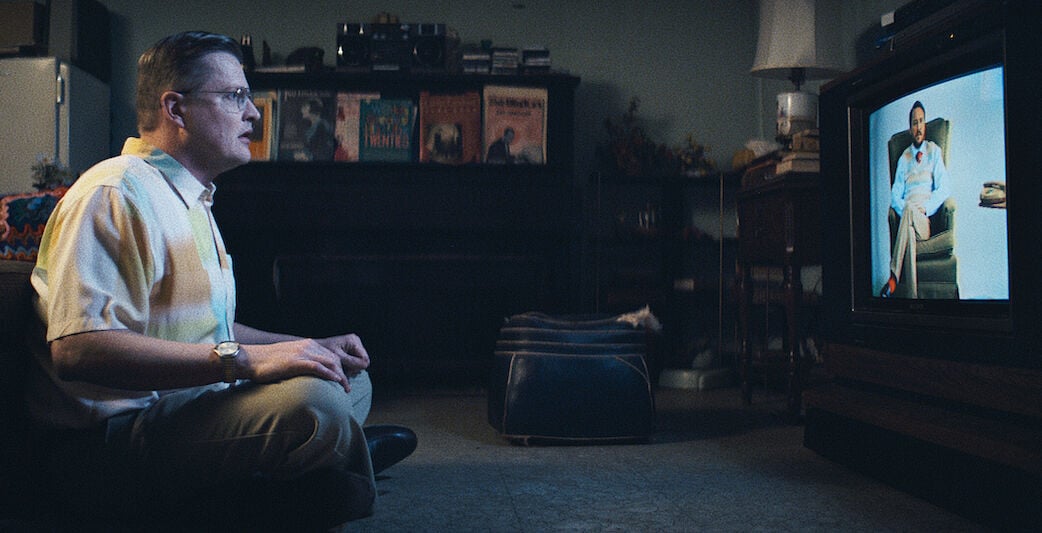 For better or worse, first impressions are critical to modern relationships. In today’s world, that first impression might even take place before two people meet face-to-face in the real world. Potential connections may begin and end on our social media profile page.

Traditionally, the first-date movie can also be a make-or-break moment in a budding romance. Back in the Dark Ages, before a simple Google search could reveal the opinions of several thousand professional and armchair critics, selecting a date-night film could be precarious business. A poor choice could lead to any number of reactions, ranging from boredom and aggravation to embarrassment or scorn. In 1999, I was just getting to know my wife. That year, we saw many films together, but three in particular stand out: “Star Wars: Episode I — The Phantom Menace,” “Eyes Wide Shut,” and “The Blair Witch Project.” One of these was clearly a terrible choice for a date — and it probably wasn’t the best choice for its two lead actors, Tom Cruise and Nicole Kidman, since they divorced a few years later. “Star Wars: Episode I – The Phantom Menace” allowed us to share our love for the franchise as well as our disappointment in the film’s many shortcomings. And then there was “The Blair Witch Project,” a found-footage horror film that traumatized the woman I would end up marrying. It helped establish foundations in our relationship: She would have to learn to live with the fact that I enjoy — and write — horror and I would have to be considerate of her lower threshold for scary movies.

There’s a point to all of this: Do not choose “Rent-a-Pal” as a date-night film, especially if it is a first date.

Seriously. Don’t do it. I’m not saying it’s a bad film. In fact, it is magnificently unconventional and ferociously dark. Its premise is innovative, its cast of characters agonizingly desperate and its tone creepy and languidly unbalanced.

Set in 1990, the film revolves around David (Brian Landis Folkins), a lonely, unattached man living in the basement of his parent’s house. He is unemployed because he is a full-time caretaker for his 73-year-old mother (Kathleen Brady). His father is dead, having committed suicide 10 years earlier.

He craves companionship as well as escape from the day-to-day drudgery of his existence. Emotionally, he is clearly damaged — the strain of dealing nonstop with his mother’s dementia has taken its toll, but there are clear indications David’s social anxiety has deep roots.

In 1990, those seeking to establish a relationship could turn to video dating services. It is during a visit to one of these businesses — where David records a seemingly innocuous video profile detailing his desire for a caring and compassionate partner — that he discovers a strange VHS tape called “Rent-A-Pal” in a discount bin by the reception desk. He purchases the tape and takes it home to his basement for viewing.

The video is modeled after children’s programs and is hosted by the initially amiable and curiously irresistible Andy (Wil Wheaton). Although he seems harmless at first, Andy is anything but innocent. The self-help tape is the antithesis of “Mister Rogers’ Neighborhood.” Where Fred Rogers exuded kindness and benevolence, Andy projects hostility and denigration. Andy’s tape is what you would get if you replaced Bob Keeshan with Ted Bundy on “Captain Kangaroo.”

At first, David is skeptical of the tape. He gradually embraces Andy’s company and compassion. He becomes addicted to spending time with his new “friend.”

His obsession with Andy can’t even be displaced by the opportunity for a real relationship. David unexpectedly makes a connection with Lisa (Amy Rutledge). Briefly, it seems he might claw his way out of the darkness — but hope fades as his lack of confidence and his kinship with Andy thwart his attempt to grow emotionally.

There’s no avoiding the fact that “Rent-a-Pal” is about the radicalization of a closet misogynist. It is a glimpse into today’s violent incel subculture even though it is set in a time period before the term had been coined. Short for "involuntary celibate," an incel, according to the Cambridge Dictionary, is “a member of a group of people on the internet who are unable to find sexual partners despite wanting them, and who express hate toward people whom they blame for this.”

Folkins’ portrayal of David is horrifying and engrossing. “Rent-a-Pal” presents a chilling character sketch of isolation and self-doubt. There are moments when viewers empathize with David: It is impossible to ignore his sacrifices and his solitude. His mother, her own mind robbed of its sharpness by dementia, is his only companion — and she no longer recognizes him as her son most of the time. The viewer understands David’s longing for companionship.

Then, the audience watches as David slowly descends into madness. Folkins depiction of the character’s nascent sociopathic tendencies is as brutal as it is convincing.

Though Andy only appears on television screens in the house where David lives with his mother, Wheaton still manages to give this unusual character an abundance of charisma. Because of the nature of the character, Wheaton never really gets to interact directly with other cast members. The viewer hears him utter the same lines over and over again as David rewinds and replays the VHS tape. Each time, the lines have different meaning depending upon the context. Wheaton’s performance is likely one to be remembered as one of the creepiest depictions of the year.

Whether or not Andy is some kind of malevolent, demonic force or simply a contrivance invented by David’s rapidly deteriorating psychological state is left unstated. Director Jon Stevenson employs the right amount of ambiguity to allow viewers to draw their own conclusion.

David has a few cinematic cousins: He is thematically related to characters such as Travis Bickle from the 1976 film “Taxi Driver,” as well as Arthur Fleck from 2019’s “Joker.” Unlike its predecessors, “Rent-a-Pal” progresses at a much slower pace and teases the audience with a hint of hope for its central character.

According to the film’s production notes, “Rent-a-Pal” was inspired by an actual VHS tape that offered entertainment, advice and friendship to lonely people in a pre-digital age.

“Who would watch this?” Stevenson asked himself. The answer to that question would ultimately become the story of “Rent-a-Pal.”

In today’s world, social media has presented its most enthusiastic users the opportunity to digitally network and curate connections with individuals all over the globe. Friend requests arrive like Mercury on the wings of the wind. In this new era, one’s virtual friends likely outnumber real-world friends. But the efficacy of social media in building relationships doesn’t necessarily result in better outcomes for people. Addiction to social media, the ease with which people can be deceived in a virtual setting and the shift toward more impersonal, distant associations are all serious disadvantages.

With “Rent-a-Pal,” Stevenson holds a mirror up to the modern social landscape. David isn’t just a grim caricature of the basement-dwelling pariah. His insecurity arises from genuine suffering. His frustration materialized out of his unacknowledged misery. He is an outcast, desperate for company and predisposed to antisocial behavior and violence. The true horror of “Rent-a-Pal” is that there are people like David scattered across the countryside like shrapnel from a grenade. Like David, they are alienated and reclusive and waiting for a catalyst to exploit their rage.

So, no, “Rent-a-Pal,” does not seem like a suitable first-date movie. It is a fascinating mix of tragedy and horror that utilizes a bleak setting and an increasingly anxious tone to underscore its exploration of a man pushed to the edge by loneliness and ridicule.

IFC Midnight released the film Sept. 11 in theaters and via On Demand.

Another 80 COVID-19 cases were added to Pinellas County’s total on Sept. 29, bringing the count to 22,129. Eight more residents have died due to the novel coronavirus, upping the death toll to 752.