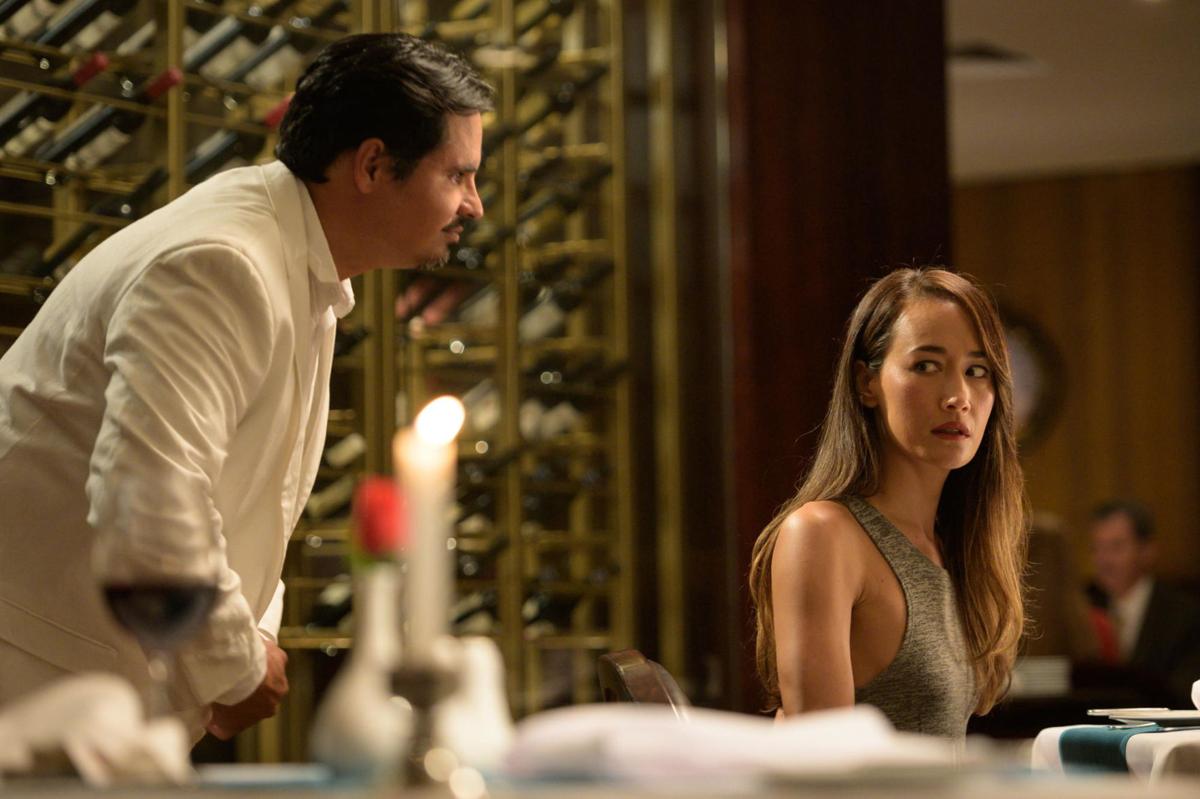 It’s no secret that a common fantasy among Hollywood filmmakers these days is retreading old ground by rebooting a classic TV show. Recent examples include “Charlie’s Angels,” “CHiPs,” “The Man from U.N.C.L.E.,” “21 Jump Street” and the latest additions to the seemingly endless franchise based upon “Mission: Impossible.”

“Fantasy Island” joined the reboot brigade this weekend. Directed by Jeff Wadlow, the Blumhouse project was written by Wadlow, Chris Roach and Jillian Jacobs. What made Wadlow and company turn to this specific intellectual property? In the late 1970s, “Fantasy Island” was must-see television — at least for those people home at 10 p.m. on a Saturday night. That included me: a wide-eyed kid who tolerated the melodrama and romance in order to enjoy stories that could have fallen out of “The Twilight Zone.”

Back then, the show’s time slot followed that of “The Love Boat,” another popular guest-star driven, anthology-format program. The series, which launched in January 1978, was actually preceded by two made-for-TV movies. The first of these aired in January 1977 — four months before “Star Wars” hit the big screen.

Before seeing the new cinematic reboot, I did some research: I watched several classic episodes of “Fantasy Island” on Crackle. I was a regular viewer of the series back in the 1970s and I wanted to see if the show’s quality was as impressive to me as an adult as it seemed in my childhood. Surprisingly, it still resonates. The special effects are dreadful, of course — but the writing holds up well. Ricardo Montalbán, the original Mr. Roarke, gave life to the mysterious but ultimately benevolent and merciful host.

Along comes Blumhouse, apparently hoping to cash in on the name recognition.

For those who aren’t aware of the production company’s history, Blumhouse mainly makes horror films — some good, some not so good. Even if you aren’t a horror fan, chances are you’ll recognize at least few of their titles: “Paranormal Activity,” “The Purge,” “Get Out,” “Insidious,” “Split,” “Happy Death Day,” “Upgrade,” “Sinister,” “Halloween,” and “The Gift.”

The filmmakers seem determined to wedge “Fantasy Island” into the low-budget horror template. Square peg, round hole. The original “Fantasy Island” sometimes featured elements of horror, but it is more closely aligned with modern dark fantasy. In the new movie, Roarke’s guests are promised fulfillment of a single fantasy only to watch as the island twists their wishes into nightmares.

To be fair: I don’t necessarily hate reboots. In fact, I admire reboots that actually take chances by introducing innovative story ideas that expand or reshape the original premise. If a filmmaker is going to tap old source material, it’s best if they make it their own by coloring outside the lines.

Wadlow just copies essential components of the original television show and inserts tired old horror movie tropes: the dingy torture chamber staffed by a menacing tormentor who is impossible to kill, evil doppelgängers, creepy demonic children, black goo oozing from soulless minions and subterranean labyrinths populated by various boogeymen. Depending on what suits the plot, Roarke’s guests are insightful one minute and as dimwitted as the average horror movie victim the next.

The victims include Maggie Q as Gwen Olsen, Lucy Hale as Melanie Cole, Austin Stowell as Patrick Sullivan, Portia Doubleday as Sloane Maddison, Jimmy O. Yang as Brax Weaver and Ryan Hansen as JD Weaver. Michael Peña portrays Mr. Roarke while Parisa Fitz-Henley stars as his assistant, Julia. None of the characters manage to evoke much empathy from the audience because more effort is placed on trying to manufacture dread, create tension and frighten the audience. Wadlow fails at all these, too: The brooding atmosphere feels contrived and the jump-scares are weak.

Here's the saddest part: If Wadlow had chosen to lean toward dark fantasy instead of adapting the plot to fit his cookie-cutter horror pattern, “Fantasy Island” might have been interesting.

The movie’s few high points include a small supporting role by actor Michael Rooker and, ironically, the film’s final scene, which is one of the few moments Wadlow manages to successfully capture the magic and mystery of the source material. It might have led to a decent sequel — but that’s probably going to be an unfulfilled fantasy for the director.

COVID-19 cases in Pinellas County shot up by 81, according to the report from Florida Department of Health on Friday, bringing the count to 1,479. Four more residents have died due to the novel coronavirus, upping the death toll to 95.