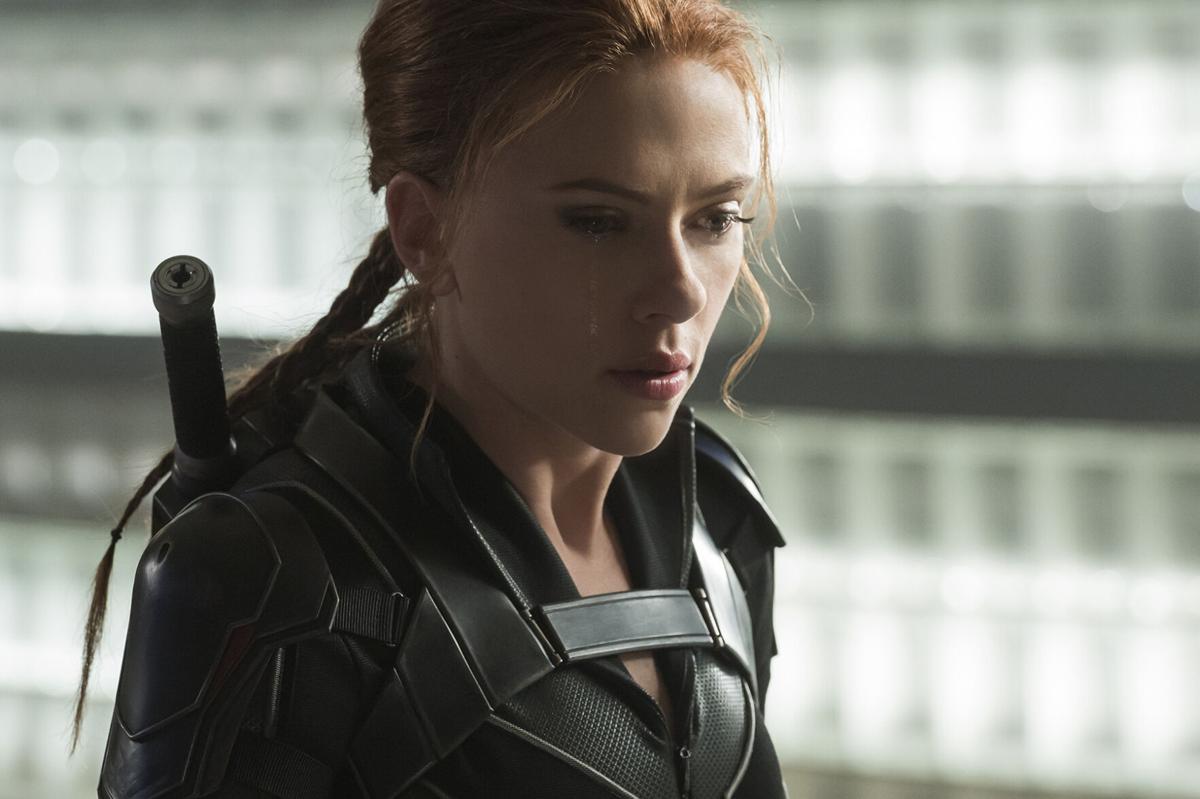 Upon reflection, I realize that Black Widow may well have been my first childhood crush. In the very least, she was certainly among the first comic book characters to both capture my attention and affection. I arrived at that conclusion because I can recall the moment I fell in love with Natalia Alianovna "Natasha" Romanova, aka Natasha Romanoff: It happened in late 1974 when I read the reprint story "... And to all a Goodnight," written by Roy Thomas, in the Marvel Treasury Special “Giant Superhero Holiday Grab-Bag.”

For anyone keeping score, that was a full 10 years before Scarlett Johansson was born.

The story appeared originally in “Amazing Adventures” issue 5, published a few years earlier — but I am certain that my first exposure to it was in that oversized treasury edition, purchased at a 7-Eleven on 30th Avenue in St. Petersburg (Florida, not Russia). I probably came home with a Slurpee that day, too. That’s two years before I became infatuated with Lindsay Wagner’s Jaime Sommers (“The Bionic Woman”) or Lynda Carter’s Amazon princess (“Wonder Woman”).

"... And to all a Goodnight" still resonates with me because, up until that moment, every comic book I had read revolved around either horror themes or superheroes. Natasha, better known as Black Widow, is a Russian spy who defects and becomes an agent of the fictional spy agency S.H.I.E.L.D. and, eventually, a member of the Avengers. One of the things that makes Black Widow so compelling is that she fights alongside super-powered heroes despite the fact that she lacks superpowers. She relies on an extraordinary skill set, which includes cunning, insightfulness, and expert hand-to-hand combat proficiencies. She also has some neat gadgets that would make James Bond jealous.

In the pages of comic books, the character debuted way back in 1964 in “Tales of Suspense” issue 52, as an antagonist. By 1966, Natasha had switched sides in the Cold War and by 1970 she had adopted the shoulder-length red hair, skintight black costume, and wrist cartridges that conceal various tools of the spy trade.

In the Marvel Cinematic Universe, Natasha made her first appearance in “Iron Man 2” in 2010.

“Black Widow,” the long-awaited solo film, was released July 9, simultaneously in theaters and on Disney+ with Premier Access. The film was supposed to hit theaters in May 2020, but the COVID-19 pandemic derailed those plans and forced Marvel Studios to shuffle its timeline. “Black Widow” is the first feature film released in Phase Four of the MCU. Scarlett Johansson reprises her role as Natasha. It marks her ninth — and supposedly final — appearance as the character in an MCU film.

As so many have stated, “Black Widow” was worth the wait. It lives up to its promise as an action-packed spy thriller that reveals aspects of Natasha’s life prior to her defection. It provides a deep dive into that ledger she speaks of in “The Avengers,” showing how her past both defined and in some ways inhibited her.

In the opening sequence, set in 1995, an unassuming family of four living in suburban Ohio turns out to be Russian undercover agents. The fake family includes Alexei Shostakov (David Harbour), a Russian super-soldier; Melina Vostokoff (Rachel Weisz), a spy and scientist; and two surrogate daughters Natasha Romanoff and Yelena Belova. Ever Anderson portrays the young Natasha Romanoff while Violet McGraw portrays the young Yelena Belova. Having successfully completed his mission to poach S.H.I.E.L.D. research, Alexei and the others abruptly abandon their home and flee the country, though not without sustaining some damage in a heated pursuit. As soon as they arrive in Cuba, however, the two girls are sedated and returned to the Red Room, a top-secret Russian training program led by General Dreykov (Ray Winstone).

In Dreykov’s Red Room, young girls — both orphans and those purchased from their destitute families — are brainwashed and programed to become “Black Widows” — elite assassins lacking free will.

Fast forward to 2016, shortly after the events depicted in “Captain America: Civil War.” Romanoff is on the run for violating the Sokovia Accords. U.S. Secretary of State Thaddeus Ross (William Hurt) is trying to track her down and lock her up in the Raft, a maximum-security prison in the Atlantic Ocean designed to hold super-powered individuals. Meanwhile, an adult Yelena (Florence Pugh), a brainwashed Black Widow, is exposed to an antidote in the form of a synthetic gas, undoing her Red Room programming and reestablishing her free will. Dreykov sends other operatives to secure the antidote and terminate Yelena.

Yelena, hoping their sisterly bond from childhood was real, sends the antidote to Natasha, thereby recruiting her in a struggle to take down Dreykov and free the other Black Widow agents.

There is no doubt that “Black Widow” delivers strong female characters capable of overcoming impossible odds, taking charge of their destinies and overthrowing corrupt systems. It is a not-too-subtle takedown of unjust patriarchies, and a cathartic kick in the groin for those who employ abusive gaslighting techniques to control and manipulate. “Black Widow” picks up all the best elements of the espionage thriller from sources such as James Bond and Jason Bourne, while at the same time it is the antithesis of chauvinistic 1960s era spy films dominated by ego-driven men surrounded by unassertive and compliant women.

And, yes, it was “well worth the wait,” though I would argue that there should be some discussion about why audiences had to wait so long for this solo project. Aside from the unavoidable pandemic delays, “Black Widow” should have been in theaters no later than 2017. As both a kickoff for Phase Four of the Marvel Cinematic Universe and as a swan song for the character, “Black Widow” comes up a bit short. Johansson shines in the role as never before, but it is a bittersweet performance. As good as it is, the viewer can’t help but think it amounts to nothing more than a well-written footnote since the MCU has evolved so much since the events depicted in this prequel to “Avengers: Infinity War.”

It isn’t just the fact that the film’s outcome appears to have minimal impact on future MCU films. There are a few other plot points that serve as serious distractions. For one, the story puts Natasha in more than a few brutal situations where one wonders how a character with no superpowers could get up and walk away. The film highlights an individual death as something Natasha genuinely regrets but makes no mention of mass casualties that occur in scenes throughout the film as she and Yelena proceed with their plans to find and destroy the Red Room. Let’s not even discuss the problem with the whole pheromone lock concept.

The film is directed by Cate Shortland.

According to producer Kevin Feige, Marvel Studios’ president and chief creative officer, it was Johansson who reached out to Shortland to see if she’d consider helming the film.

“Cate came to Los Angeles and fell in love with the character and the possibilities,” said Feige in the film’s production notes. “She realized she could tell a very personal story and do something extremely special on a big canvas.”

Despite a few hiccups in the story, “Black Widow” is still a solid entry in the MCU canon. Its female-driven action and themes about empowerment and family make it a unique part of the franchise.

“I think what’s exciting about the film is we’re playing with the audience’s expectations,” Shortland said. “We’re exploring parts of Natasha that the audience has absolutely no idea about. We explore her family, love and passion, and you get to see all these facets of her we have never seen before.”

Maybe what “Black Widow” does best is pull all the pieces of Natasha together from eight other MCU films and assemble them into one coherent character. The backstory reminds fans why she stands toe-to-toe with “Earth’s mightiest heroes,” and how Johansson managed to make Black Widow such a larger-than-life protagonist and the embodiment of empowerment and equality.