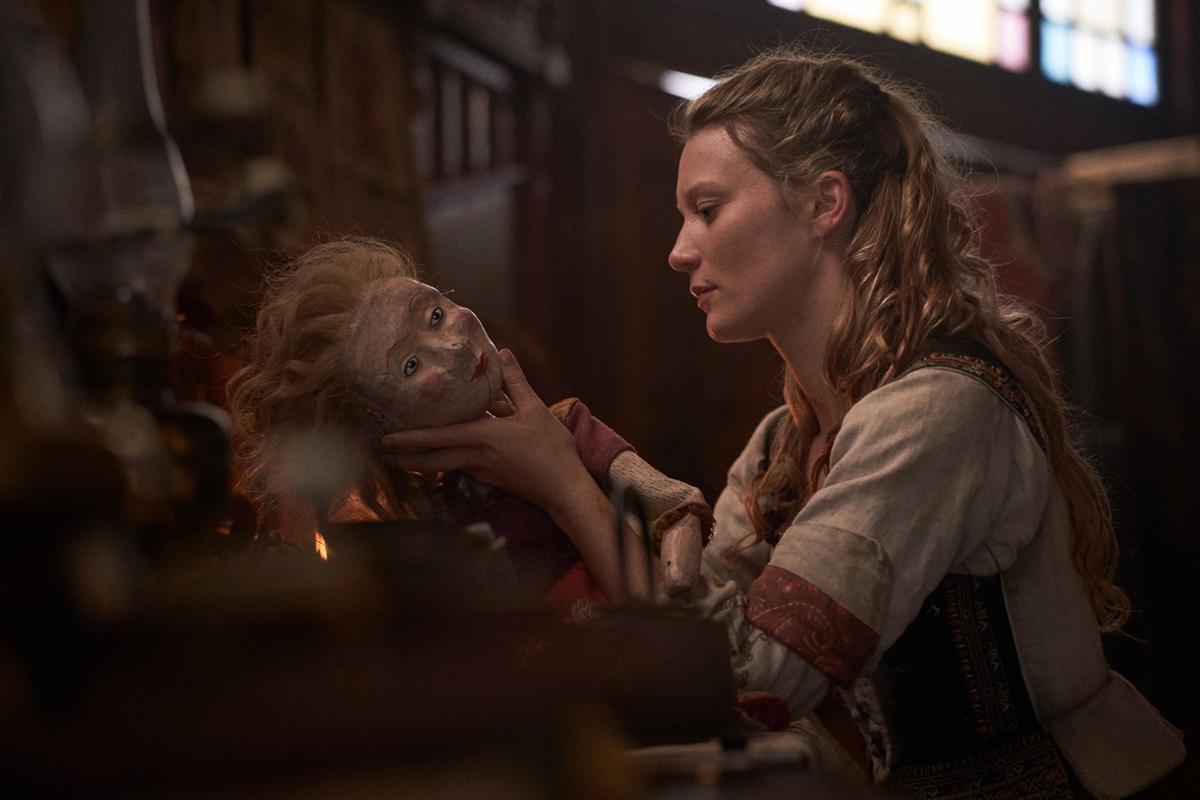 One puppet show predates them all. Its characters have been around for centuries — long before the puppets of “Crank Yankers” and “Mystery Science Theater 3000,” and before Kermit and the gang launched “The Muppet Show.” They existed before Sid and Marty Krofft filled 1970s Saturday mornings with shows such as “H.R. Pufnstuf” and “Sigmund and the Sea Monsters,” before Bob “Captain Kangaroo” Keeshan introduced audiences to Mr. Bunny Rabbit and Mr. Moose in the 1950s and Fran Allison partnered with Kukla and Ollie in 1947.

Punch and Judy are that old — much older, in fact.

There is a plaque commemorating the first recorded performance of Punch and Judy on St Paul's in the Covent Garden district of London that was witnessed by Samuel Pepys, a member of English Parliament, in 1662. The show’s roots go back even further, originating in the 16th-century Italian commedia dell'arte. Over the centuries, though, Punch and Judy has become an ingrained part of British culture. Originally performed as a marionette show, over time Punch and Judy evolved into a show mostly performed by a single puppeteer with hand puppets, which is how it is usually seen today. Shows are regularly seen at British seaside resort towns and elsewhere.

“Judy and Punch,” an Australian black comedy-drama film written and directed by Mirrah Foulkes, offers an imaginative pseudohistorical approach to shedding light on the origin of this puppet show. Foulkes effectively pairs history and custom with fantasy. The film’s fairy tale elements make its scenes of gritty realism more shocking.

Set in an anarchic, landlocked village ironically called Seaside, two puppeteers are trying to pick up pieces of their 16th century lives. Judy is the sole heir to the spacious manor in which they reside, her large family having been wiped out by a plague when she was still a child. Two surviving servants raised her. Unfortunately, they failed to discourage her affection for Punch, a traveling showman.

After falling in love, Judy joined Punch and they traveled the land with their successful puppet show — made successful mainly because of Judy’s talent. Their good fortune was short lived, however, due to Punch’s many weaknesses. The scope of his greed and ambition was rivaled only by his fondness for alcohol and adultery.

And, unsurprisingly, Punch had a bit of a short fuse.

Anyone can probably guess where this is heading: Penniless, Punch, Judy and their infant child return to the large but mostly vacant estate in Seaside, with Punch making empty promises to live his life on the straight and narrow and promptly heading down to McDrinky’s — best name ever for a pub — for a night of debauchery and self-defilement. The morning after brings the obligatory hangover, served with equal parts criminal negligence and domestic abuse.

This is where the movie gets interesting.

Foulkes is quite good at subverting viewer expectations. Sometimes traumatizing, often frustrating, these characters rarely act the way they might in a big Hollywood production. Although “Judy and Punch” can be deconstructed as a revenge film, it does not follow the usual standard blueprint. It’s about good vs. evil, to be certain, but it goes deeper than that: It seeks justice, but not mob rule.

Mia Wasikowska stars as Judy. The viewer experiences much of the story from her perspective: We see her aptitude, sense her maternal affection and empathize with her growing disappointment and exasperation. We are repelled by what her character must endure.

Punch is portrayed by Damon Herriman. It cannot be an easy task playing a character as arrogant and brutal as Punch, but Herriman excels in the role. His Punch is a loathsome toad, sniveling, self-centered and savage. His awfulness of Punch’s monstrous misogyny is paralleled by the overwhelming ignorance of Seaside’s populace who have become addicted to public executions, by hanging or, preferably, stoning.

The bedrock of Judy’s quest for vengeance is social injustice. Being that “Judy and Punch” is a feminist critique not only of the nature of “Punch and Judy” but its long-term effect on the children who have watched it for generations, it can be viewed as an allegory for xenophobic fanaticism. Its ending may disappoint some viewers who may feel the punishment did not fit the crime, but I suspect that was a conscious choice on the part of the director.

“I was drawn to using this strange, misogynistic puppet show to explore our contemporary obsession with violence,” Foulkes says in her production notes. “In doing so, I wanted to reappropriate and revivify its meanings and resonances with our current climate. My hope is that this epic female driven vengeance story incubates a wholly original and unique world, speaking volumes through its feminine inversion of the traditional hero’s journey.”

Of course, “Judy and Punch” may not be your cup of tea. As a period piece, it is not without a fair number of anachronisms — most likely intentional — and as a revenge film, it lacks both hardcore action and buckets of blood and gore. It is populated by quirky characters straight out of your local Renaissance festival and it features an excellent and effective soundtrack that includes Leonard Cohen’s “Who By Fire” and an electronic version of J.S. Bach’s “Air on a G String” performed by Gareth Woodman — a version that immediately brought to mind the genius of Wendy Carlos. Visually, the film is reminiscent of Terry Gilliam's "The Imaginarium of Doctor Parnassus" while its theme and tone share more with classic Brothers Grimm tales.

Though Foulkes’ film may come across as too preachy in a few spots, its message is still valid. More importantly, her revisionist origin story is more than satisfying: It’s powerful, relevant and often wickedly funny. Judy’s difficult journey is compelling and often harrowing. Whether viewed as an absurdist farcical fairy tale or timely social commentary, “Judy and Punch” is a captivating curiosity that deserves a wider audience.

Sadly, if the pandemic had not temporarily shuttered movie theaters, it’s likely that this film might have slipped by even the most ardent fans of cinema. “Judy and Punch” was released June 5 on digital and video on demand by Samuel Goldwyn Films.

Florida Department of Health reported only 40 new COVID-19 cases in Pinellas on Sept. 27, but it was enough to push the total to 22,004. For the first time this week, no deaths were reported. The toll stands at 744.