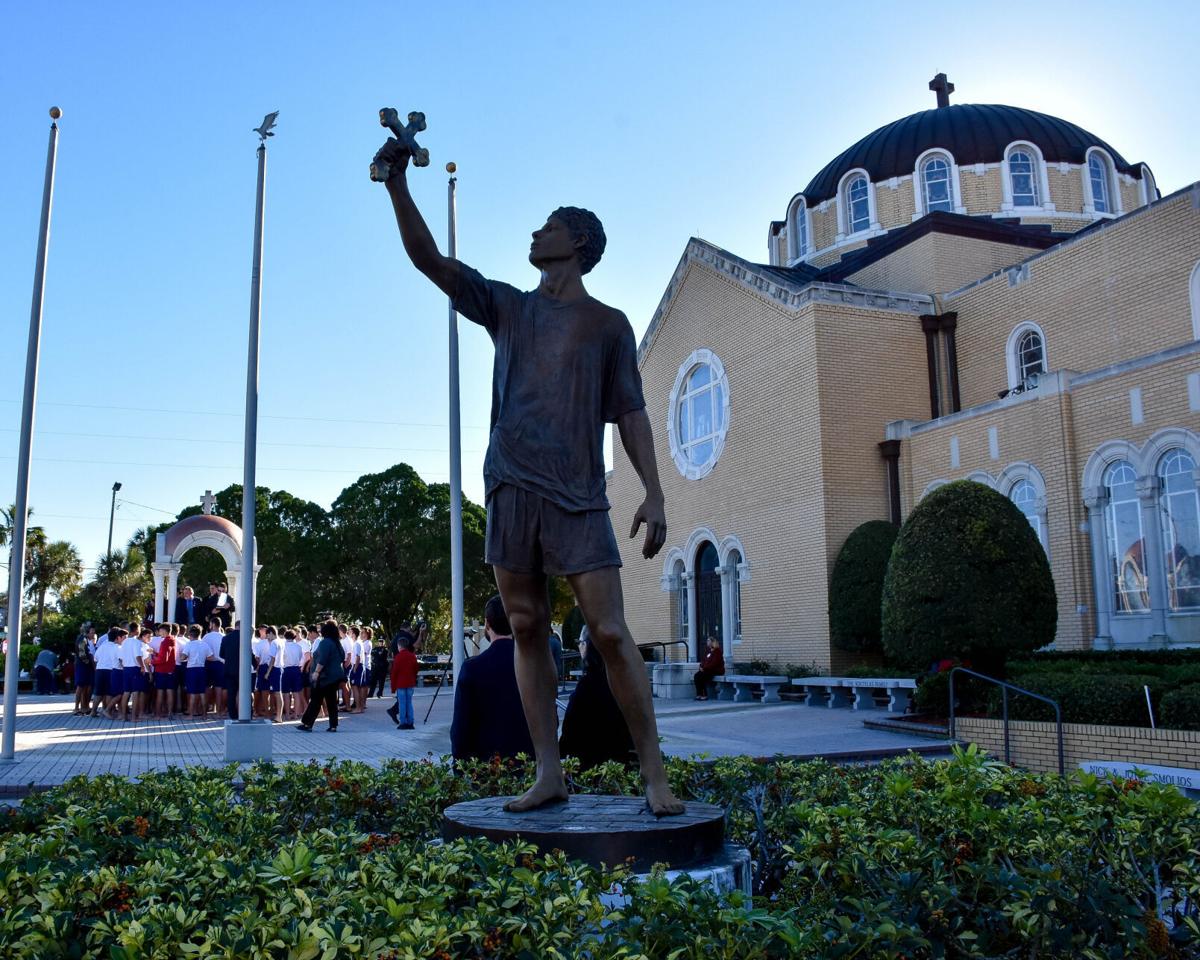 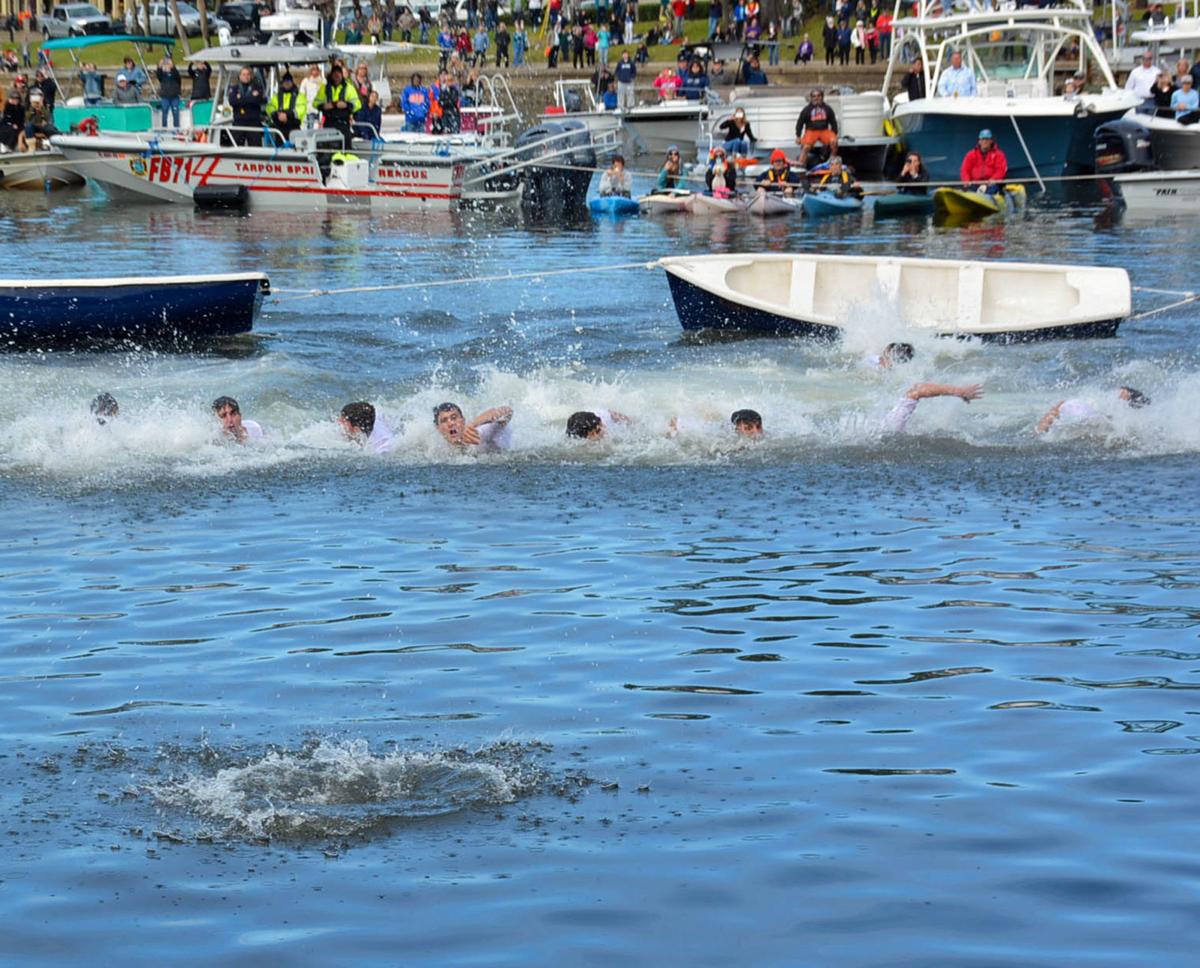 The Epiphany divers head for the splash the cross made as it hit the water of Spring Bayou.

The Epiphany divers head for the splash the cross made as it hit the water of Spring Bayou.

TARPON SPRINGS — Two years ago, Tarpon Springs hosted the biggest Epiphany celebration in the city’s history. The prime minister of Greece and dignitaries from the Greek Orthodox Church, plus local and national politicians and thousands of residents and visitors, descended on the downtown district on Jan. 6, 2020, for the community’s annual celebration of Jesus’ baptism in the River Jordan.

That would be one of the last events Tarpon, or any other community, would hold for the next year-plus, as the coronavirus pandemic began ravaging the country, putting a halt to public gatherings and leaving the future of many such large-scale events in doubt.

During the leadup to the 2021 Epiphany, rumors of the possible cancellation led to charged atmosphere in town; ultimately, the event went off without a hitch, with 16-year-old Colten Sakadales capturing the cross one year after his older brother, Hunter, emerged from the Spring Bayou waters with it in his hand.

This year, organizers of the 116th edition of Epiphany promise the event will return to its full-scale glory, with the morning liturgy at St. Nicholas Greek Orthodox Cathedral on Thursday, Jan. 6, back to full capacity and no attendance restrictions at the bayou for the cross dive, although for the second straight year the Glendi, or feast, held at Craig Park following the dive was canceled, mainly due to a lack of volunteers, according to reports.

But with additional events, including an inaugural Epiphany Lecture on Friday, Jan. 7, and the return of the Epiphany Ball on Saturday, Jan. 8, plus several Sister City ceremonies, added to the schedule, this year’s Epiphany promises to be an extended, communitywide celebration, according to Tarpon Springs Mayor Chris Alahouzos.

“I’m very excited and looking forward to having an Epiphany celebration for all of Tarpon Springs,” Alahouzos said by phone a week before the event, noting that prior to the lecture on Friday, he will be presenting a delegation from Chania, one of Tarpon’s sister cities in Greece, with a key to the city at 5 p.m. in the City Hall auditorium. “The events we have scheduled for this week show this is not just a religious holiday but a holiday for the whole city.”

Indeed, Tarpon’s Epiphany celebration, widely considered to be the largest such gathering outside of Greece, annually draws thousands of spectators from around the country and the world.

And while COVID-19 is still an active part of everyday life globally, traveling to Florida remains a popular activity and this year the event is expected to bring many visitors to town, according to Tarpon Springs Chamber of Commerce President and CEO Jean Hungiville.

“I’ve visited a lot of our local business downtown and on the Sponge Docks over the weekend and everybody is very excited about the Epiphany celebration this year,” Hungiville said by text Monday, Jan. 2. “They are expecting lots of celebrants to out shopping and enjoying our little Greek city!”