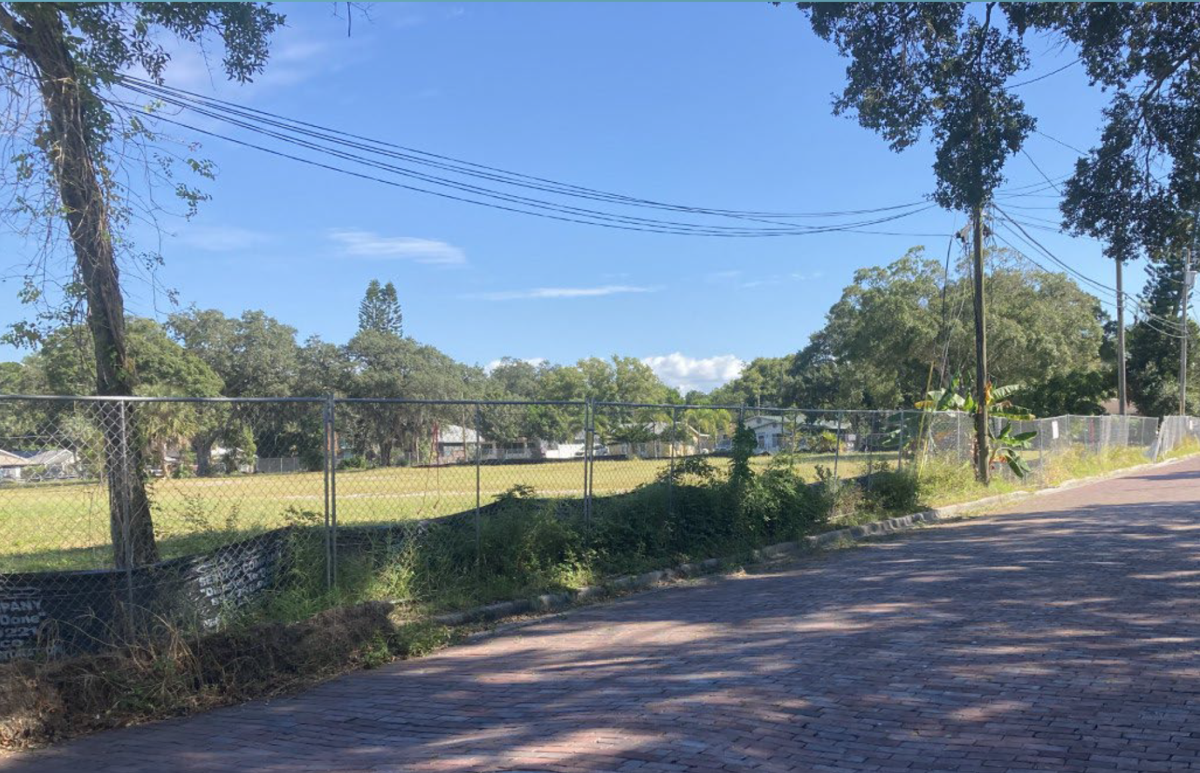 A developer is looking to construct a 90-unit housing complex on this vacant 3-acre site along Fourth Avenue Northwest and one block east of Clearwater-Largo Road. 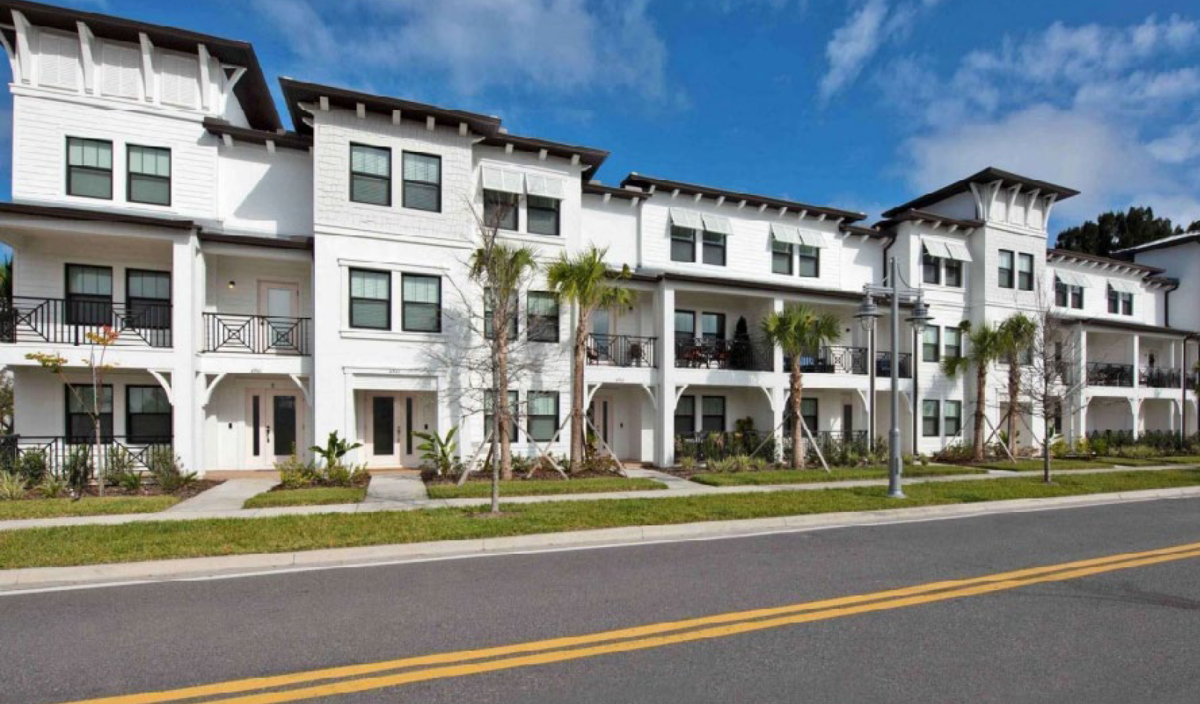 This rendering shows an example of the architecture a developer plans to use on the Blue Skies Apartments.

LARGO — A developer looking to annex into Largo and construct a 132-unit apartment complex along U.S. 19 will get a little financial help from the city to make it happen.

City commissioners voted 6-1 on Dec. 7 to give a developer $50,000 to help offset the cost of constructing a sewer line along Frontage Road. Commissioner Michael Smith voted no.

The cost of the work is roughly $153,000, and the new sewer connection would also allow two other properties to connect to the sewer line and abandon their septic tanks, which is a priority for the city.

According to Isabella Nunez, the city’s Economic Development coordinator, the 5.3-acre property is at 17068 U.S. 19, which is south of the Walker Ford property and north of Donovan’s Mobile Home Park.

After negotiations, Nunez said the city made a final offer of $50,000 in the form of an incentive to help offset the cost of construction.

The City Commission must still approve the annexation agreement. If approved and the apartment complex is built, the city would quickly recoup its investment, Nunez said.

Currently, the undeveloped properties have a taxable value of $766,683, she said, adding the city would receive $4,278 annually in property taxes. If the market-rate apartments are constructed, that number would be much higher.

There would be other financial benefits as well.

“The city is also projected to receive an estimated $808,860 in impact fees alone,” she said.

On the other side of the city, another proposed housing complex also inched ahead.

Commissioners unanimously voted to move forward with a development agreement with 614 Woodrow Ave LLC on a 90-unit complex downtown.

The firm intends to redevelop the vacant 3-acre parcel along Fourth Avenue Northwest and one block east of Clearwater-Largo Road into a multifamily complex with two apartment buildings consisting of a mix of one- and two-bedroom units.

The site was formerly occupied by the Blue Skies mobile home park, according to Diane Friel, a planner with the city, and there were approximately 55 mobile homes on the site that were demolished between 2019 and 2021.

Since it’s in the city’s West Bay Drive Community Redevelopment District, the firm intends to capitalize on incentives that would allow it to increase from 45 to 90 units.

Therefore, it will dedicate at least 20 percent of the units to affordable housing.

Traffic and parking prompted the biggest concerns from the commission, which urged city staff to monitor the issues.

“You can park in the street in this neighborhood, but I foresee some challenges if it causes a lot of on-street parking regularly every night,” Mayor Woody Brown said.

Brown said he has also heard from residents that the area also produces a lot of traffic from motorists looking to cut through the neighborhood.

“I like the project. If you had seen what was there 10 years ago, this is spectacular,” Brown said. “But I want to make sure we get a grasp of the potential impacts to the neighborhood and make sure those are addressed.”

According to Don Green, an architect with Design Styles Architecture who was representing the developer, the project is a new venture for the developer.

“This is the first development for this developer in the U.S. They are from Israel,” he said, adding they have done several projects abroad.

“They wanted to be digging dirt yesterday. They are ready to go,” he said.

It will take some time before that happens, however.

The city attorney must formalize the agreement, which will then go before the Planning Board in February and then back to the City Commission for final approval in March.