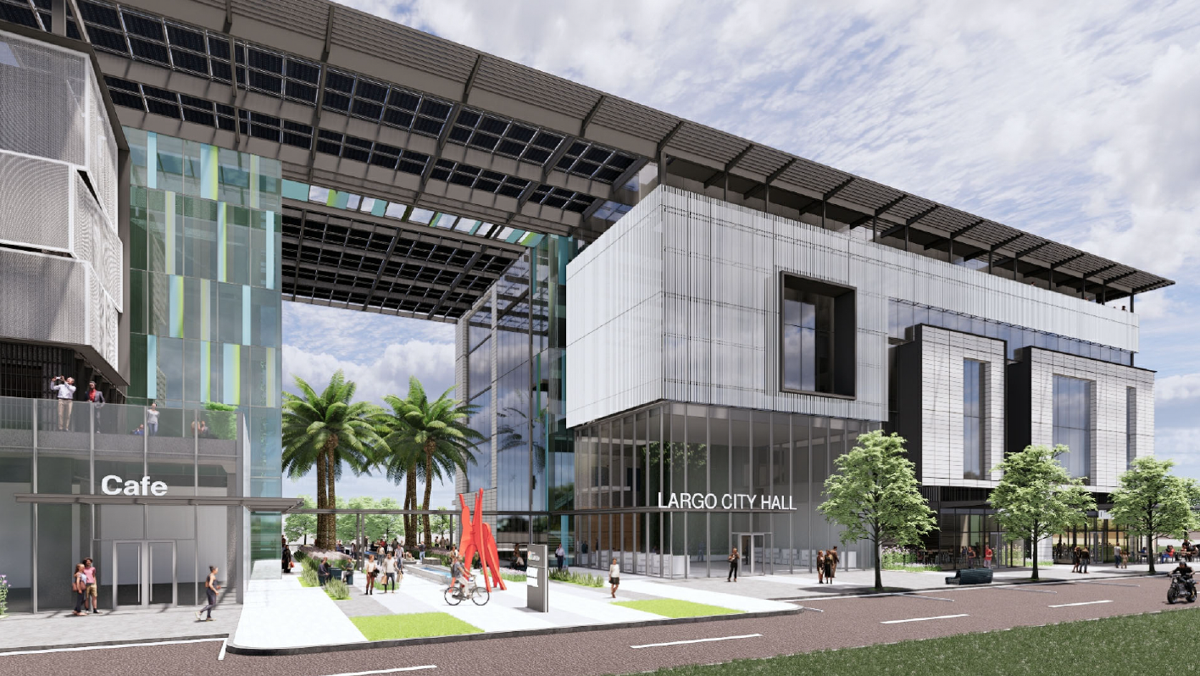 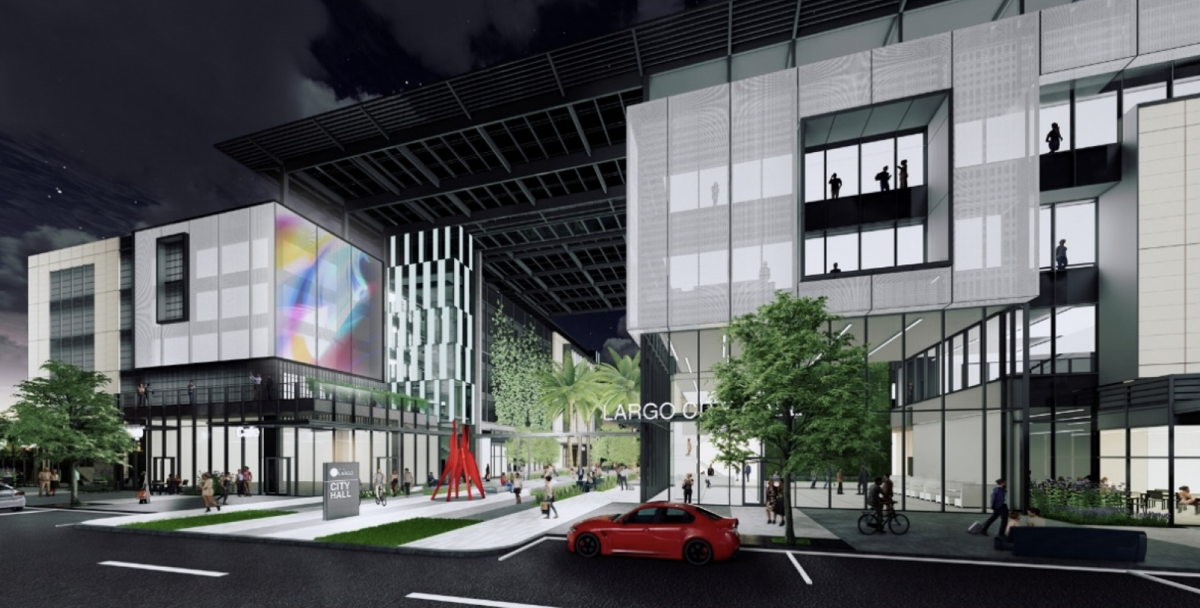 LARGO — The city’s mission to build a new headquarters on the 400 block of West Bay Drive continues to move forward.

She said the city is on track to break ground in March and construction on the roughly $55 million project is estimated to take two years.

The building on the western portion of the property will be a parking garage with 308 spaces. The property also will feature a surface parking lot with 23 parking spaces and 12 parallel parking spaces on West Bay Drive.

A key reason officials chose West Bay Drive is to stimulate the city’s downtown, which has seen numerous businesses come and go over the years.

Therefore, according to the city, the project will also feature a public plaza that will offer opportunities for outdoor dining space and indoor and outdoor event space.

To get a head start on activating that commercial space, the city has put out a request for proposals for a leasing agent.

“We’re looking at contracting with a leasing agent to lease that space and getting that person on board now so that we can work on contracts over the next couple of years,” Paluch said, adding that the hope is the agent will be able to sign on retail businesses, food vendors, and potentially a microbrewery.

Getting to this point hasn’t been cheap and it’s not going to get any cheaper moving forward.

Of the five tenants, three, including the Rib Shack BBQ, have signed a lease with the city to remain until Dec. 31.

To pay for the project, the most expensive in the history of the city, staff intends to issue bonds. According to Finance Director Kim Adams, the city is estimating it will borrow $60 million. That number, however, includes the funds needed for the reconstruction of the Parks Administration facility.

Currently, the projected interest rate is 3.5 percent. If the city decides to take 30 years to pay the $60 million, the final payoff would be more than $90 million. Adams said that has yet to be decided by the commission, though, and added that interest rates fluctuate, so those numbers are preliminary projections.

A factor that is adding to rising costs is the turbulence in the commodities markets, which is causing construction estimates to increase.

“One of the things that we are contending with is inflation,” Paluch said. “So the number will be slightly larger than originally anticipated, and it’s solely due to inflation. On the national level this is what we’re seeing with construction materials.”

Despite that increase, she said the budget is still within what the city expected.

While design and budgeting are ongoing, Paluch said the city plans to do more community outreach with stakeholders, such as some of the downtown businesses.

She said plans are in the works for a community conversation in the fall when design is further along, allowing the public to see something “more tangible.”

Up to this point, she said the comments on the project have been positive.

“Some of the common themes that people are really liking is the amount of sustainability within the building, from the solar array to the EV charging stations for vehicles,” she said.

Like the city’s Community Center, the goal, she said, is for the project to be certified by Leadership in Energy and Environmental Design (LEED), which is the most widely used green building rating system.

“We’re really looking at this building as being something you haven’t seen in this area before as far as sustainability is concerned,” she said. “That’s really our goal is to make this building as green as we possibly can.”