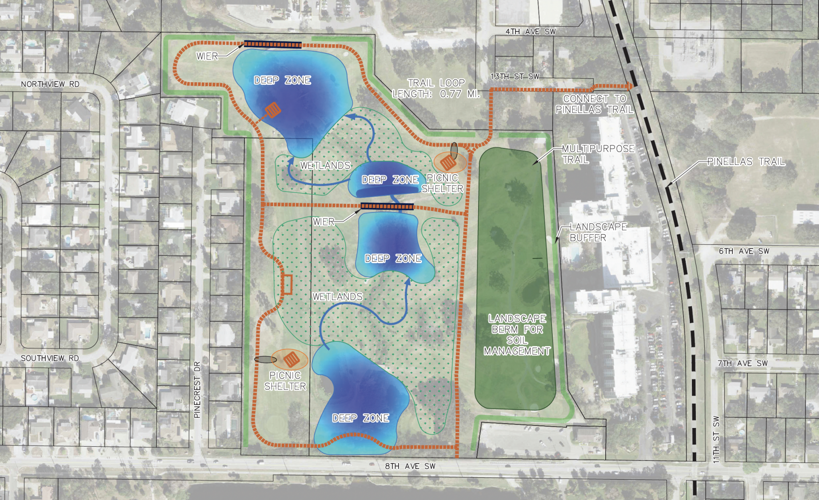 This conceptual site plan shows some of the options available to the city for the former Pinecrest golf course property. 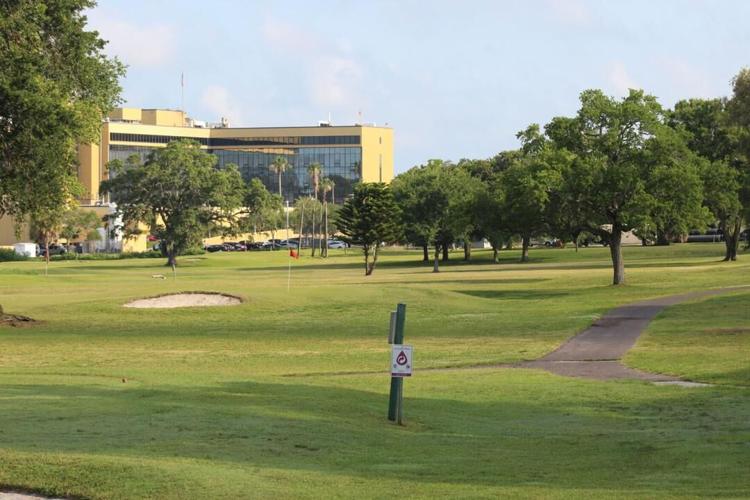 The city considering turning the former Pinecrest golf course property into a passive park and stormwater retention area that will spur redevelopment in the Medical Arts District directly to the north. Some of those businesses include HCA Florida Largo Hospital, formerly known as Largo Medical Center, show in the background. 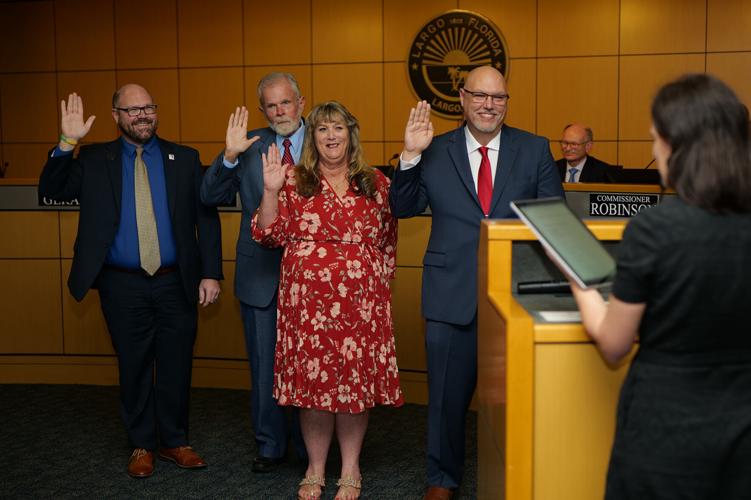 This conceptual site plan shows some of the options available to the city for the former Pinecrest golf course property.

The city considering turning the former Pinecrest golf course property into a passive park and stormwater retention area that will spur redevelopment in the Medical Arts District directly to the north. Some of those businesses include HCA Florida Largo Hospital, formerly known as Largo Medical Center, show in the background.

LARGO — In May, the City Commission approved the $600,000 purchase of the former Pinecrest Golf Course property just north of Taylor Lake Park.

The goal was to turn the 21.4-acre site into a regional stormwater retention area that could aid private construction in the medical arts district to the north.

But before the city would close the deal with OB Golf Investment Group LLP, it paid $230,000 to a consultant to determine if the site at 1200 8th Ave. SW could even be used for stormwater management purposes.

The study is complete and the answer is yes, according to Jerald Woloszynski, the city’s director of Engineering Services, who presented the results to the commission Nov. 15.

Now, the question is how to best use the property that could be combined with 4.7 acres of city-owned land to the west.

There are not many options, though.

When the neighboring assisted-living facility — which is now called Elison Senior Living of Pinecrest — was built on the eastern side of the course in the 1980s, all of the development rights were used to construct its building. Therefore, the site can only be used for recreation open space or stormwater retention.

A conceptual site plan created by the consultants showed how the city could achieve its primary goal but also provided some secondary purposes that could include a passive park with walking trails.

The main purpose would be to create a 5-acre regional stormwater retention pond on the northernmost portion of the property.

The pond, Woloszynski said, would serve as the master storm pond for the Medical Arts District and would allow property owners to maximize the development of their property.

The Medical Arts District is an area that encompasses about 37 acres in the western portion of Largo’s West Bay Drive Community Redevelopment District and includes some of the city’s largest employers like HCA Florida Largo Hospital, formerly known as Largo Medical Center.

“They’ve always said they have future expansion plans, and it would provide the opportunity to use a pond on our site for stormwater retention rather than having to locate that on their property,” City Manager Henry Schubert said. “So, it actually enhances their ability to expand their campus.”

The city could also make changes that would improve water quality, Woloszynski said.

The closure of the golf course itself provides immediate improvements to the nearby McKay Creek watershed basin, he said.

Adding to the southern portion of the property, such as constructing a wetland and ponds, would also benefit the basin.

“I think this is a great project,” Mayor Woody Brown said. “You can’t develop anything there. It would serve a great purpose for cleaning water that’s going down into McKay Creek that’s probably got quite a bit of nutrients.”

The site plan also presented the possibility of adding passive recreational amenities, such as picnic shelters and a 0.7-mile walking trail that could connect to the trail.

Adding those features, however, would require the city to invest resources into maintenance of operations of the site, Woloszynski said.

Brown said he would like to see more access for pedestrians who might be using the Pinellas Trail or Taylor Lake Park so they could get to the Medical Arts District.

“I’m sure that people that recreate and walk, they want to be able to walk over to that medical arts district and go to the Amish Store and get a sandwich without having to walk through the buffer,” he said.

The commission will decide at its Dec. 6 meeting whether to proceed with purchase of the property.

He was elected to the commission in 2011 (three-year term) and was reelected in 2014 and 2018. Smith, a Largo native, has worked in the Pinellas County library system for the past 17 years. He is currently a library assistant at the Pinellas Park Library.

Johnson is president/CEO of Piper Fire Protection and Piper Electrical Services and has been active on several local boards, including the city’s Finance Advisory Board.

Curtis Holmes and Donna Holck prevailed in their campaigns Nov. 8.

Holck is the owner of DGH Tax Consulting Inc. and was the owner of Unique Nails Inc. for more than 20 years. She was elected to the commission in 2014 and regained the seat without opposition in 2018.

“My great thanks to the citizens of Largo and their faith in me and confidence to having voted me back in for another term,” she said.

Holmes, a licensed insurance agent since 1975 and the owner of First Southeast Insurance Services Inc., was elected to the City Commission in 2009, and was reelected in 2012 and 2016. He lost his seat in 2020 when he was defeated by current Commissioner Eric Gerard.

“I’d like to thank the voters of the city of Largo that had enough faith in me that they voted for me again,” he said. “This is like having my second time at the first time around.”