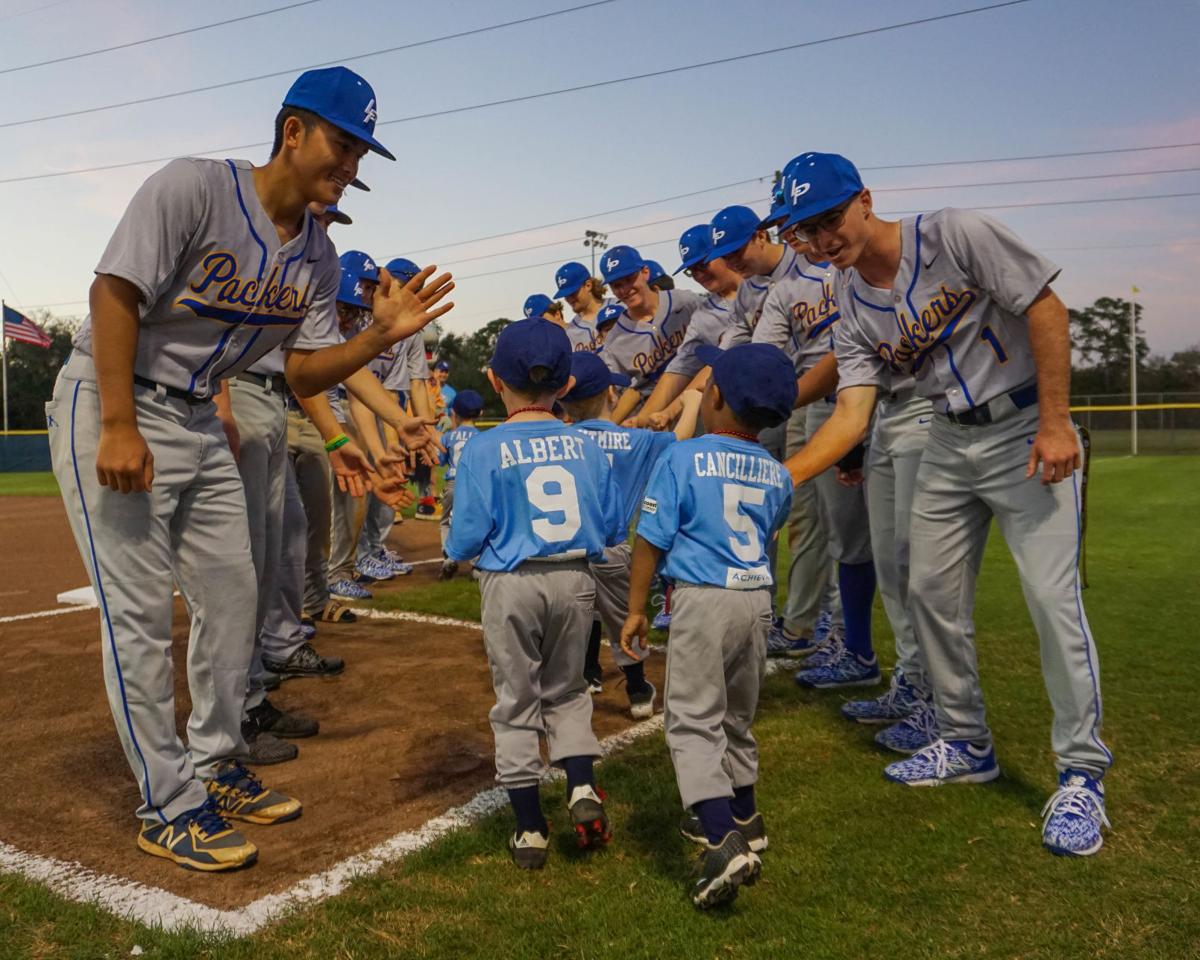 Members of the Largo High School varsity baseball team attended Largo Little League’s opening ceremonies Feb. 12, part of head coach Taylor Layner’s commitment to having the Packers players give back to the community. 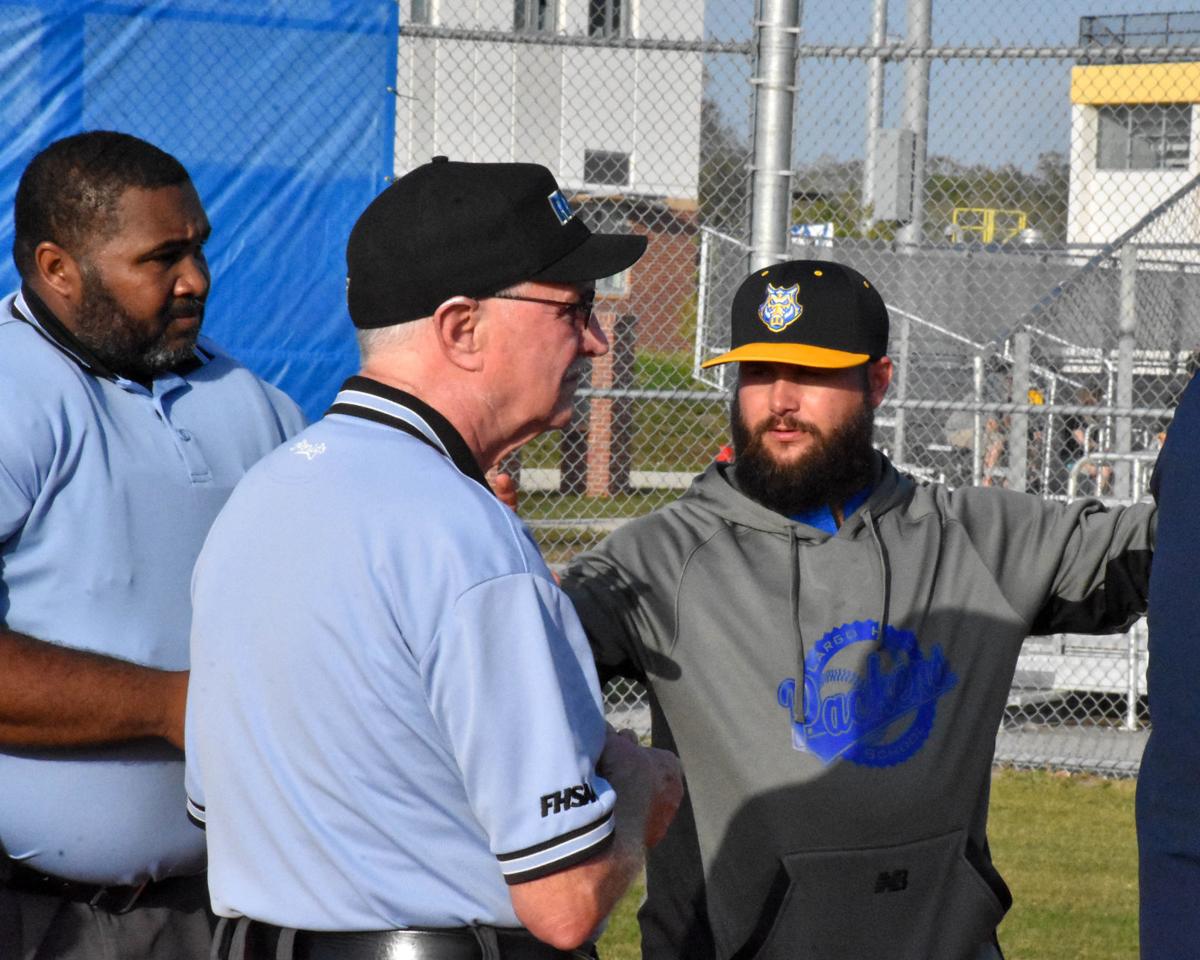 Head baseball coach Taylor Layner, a former standout pitcher at Osceola High, said he is dedicated to building a winning program, and culture, at Largo High.

Members of the Largo High School varsity baseball team attended Largo Little League’s opening ceremonies Feb. 12, part of head coach Taylor Layner’s commitment to having the Packers players give back to the community.

Head baseball coach Taylor Layner, a former standout pitcher at Osceola High, said he is dedicated to building a winning program, and culture, at Largo High.

LARGO — Taylor Layner knows the Largo High varsity baseball program has made the postseason only once this century, in 2015, and the Packers have reached double-digit wins just twice in the past decade.

One of those times was in 2019, when Layner led Largo to a 10-16 record in his first year as the Packers’ head coach.

Layner is a former star pitcher at Osceola High who went on to play and coach at Webber International University, and he was known as a bulldog on the mound, short in stature but full of fight. Since taking over the Largo program just before the start of last season, he has tried to instill his work ethic and passion for being the best in his players.

“Being here a full year, the kids know what to expect and know they’re going to be held accountable for their actions, on and off the field,” Layner said during the annual Packers Preseason Classic tournament Feb. 13. “That’s something I’m big on, accountability, teaching them that whether they’re in baseball or in the real world, they’re going to be held accountable. Accountability is something I stressed last year, and the kids have adapted well.”

It’s funny to hear Layner, whose bushy beard belies his 27 years, refer to his players as “kids,” but the Tampa Bay Times’ 2011 Pinellas County Player of the Year said the narrow age gap between coach and players has been beneficial.

“It’s a little bit weird, for sure, because at random times they’ll come up to me and ask me about my senior year or my Osceola career, and it’s a little weird because it seems like it was just yesterday,” Layner said of his standout senior season, when had a 12-3 record, an 0.93 ERA and 129 strikeouts, according to MaxPreps.com. “But I think that helps me because I’m just old enough to where they’re not like, ‘Oh, he’s a young coach who doesn’t really know much,’ but I’m young enough to understand what they go through in everyday life, at home and in school. … You could call it a sweet spot. They know who’s in charge, but they know if they need somebody to talk to, then I’m here.”

Layner, who teaches a business class at Largo, said he stresses the importance of academics, and he noted the addition of magnet programs at the recently rebuilt high school has been a big boost for the program.

“But we have so many kids coming into the IB and Excel programs, I think that’s playing just as big a role if not bigger because we’re getting so many kids in those programs every year.”

As more attention is focused on the school and the team, Layner said he’s also made giving back to the community a Packers priority.

“Involvement in the community is something I’m humongous on,” he said a day after his team took part in Largo Little League’s season-opening ceremonies. “I want our kids to see that giving back is important. High school kids might not see the big picture of it, but the more we get in front of little kids they’re going to see, ‘Hey, this is a big deal, these kids look up to me.’ So, we’re going to be heavily involved in the community, for sure.”

Emphasizing academics and accountability and prioritizing community involvement are great attributes for any coach, but Layner knows he ultimately will be judged by the product on the field.

And while he understands Largo has not historically been a major player in the county, he said he hopes to turn that around in the next couple of years.

“Our district is brand new. We have St. Pete, Pinellas Park, East Bay and Bloomingdale. So, we have some road trips,” Layner said of Class 6A, District 10. “But we’re going to be competitive. I have nine juniors, seven freshmen, three sophomores and one senior. So, I have a team that I am going to be with for the next two years, other than one player, and they are buying into what they’re being taught. Last year was the second time in the last decade Largo won 10 games, so they know they can do it. It’s a matter of practicing the reps and believing what the coaches have to say.”

Before meeting with the umpires and opposing coaches, Layner said, “My goal is to get this program to be a powerhouse in Pinellas County. I have been a part of a lot of winning programs and I know what it takes to get to the next level, and I would say that I am going to turn this program around with my coaching staff more and more each year.”