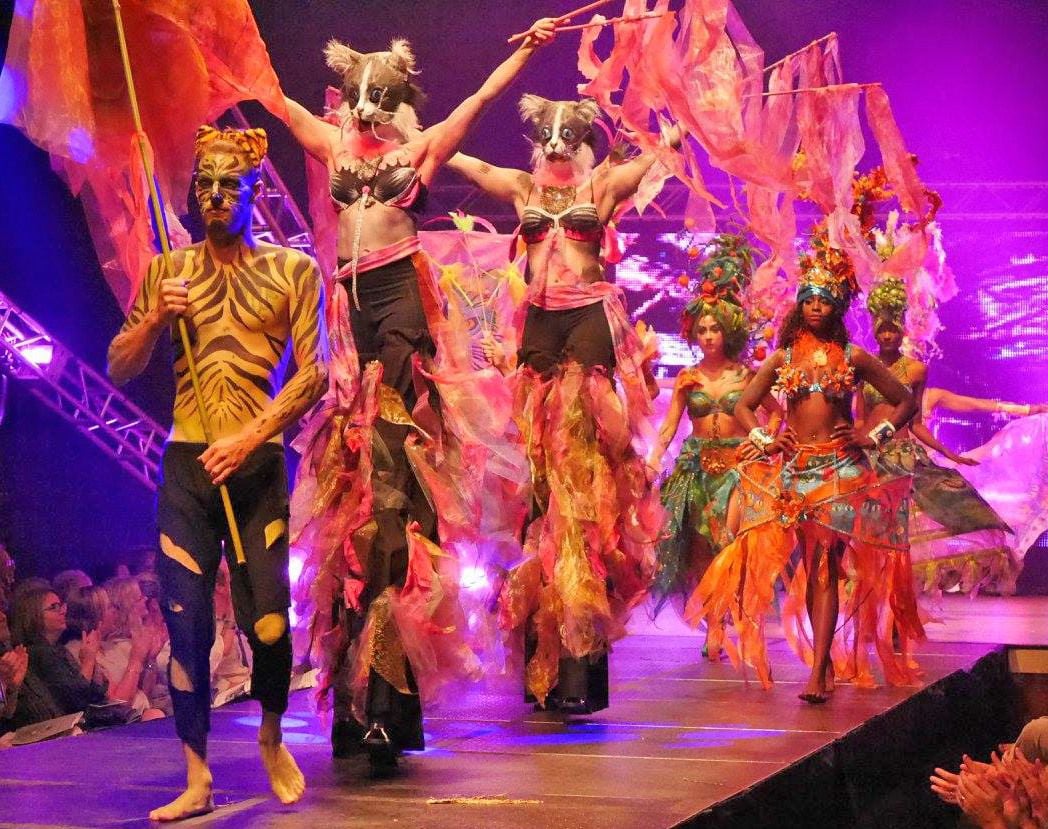 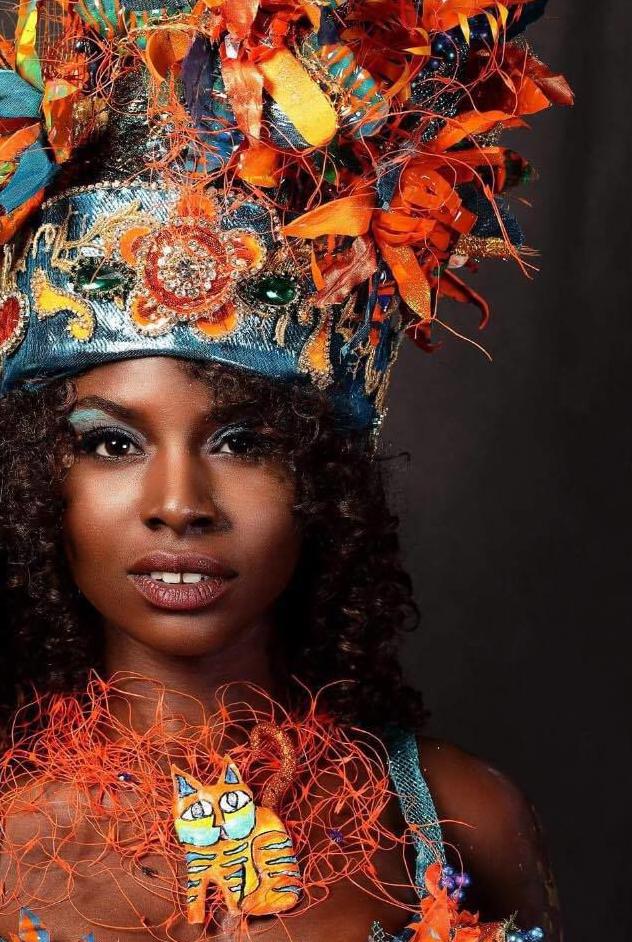 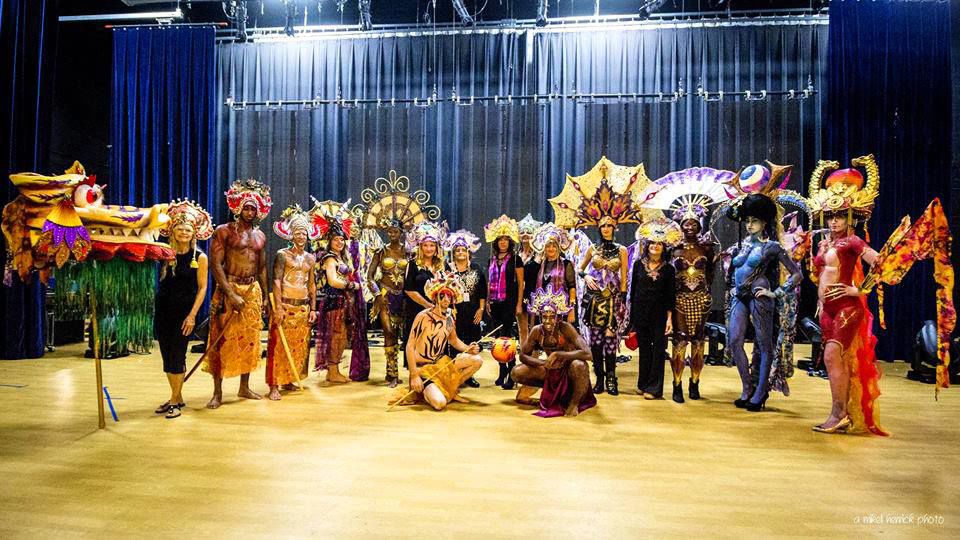 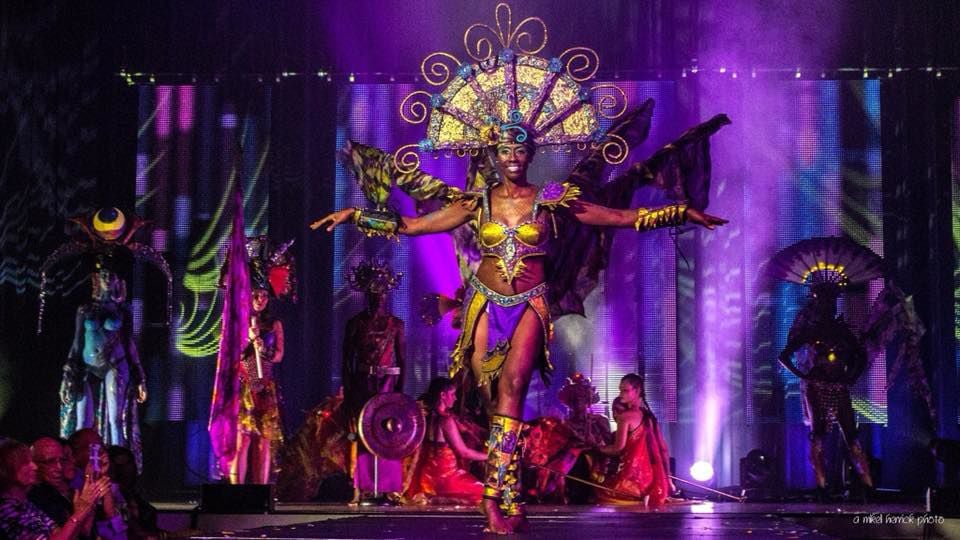 LARGO — Twenty years ago, a group of gardeners formed an artistic gardening co-op, dubbing themselves the Garden Fairies. Hailing mostly from northern Pinellas County, the group worked in the garden together and discussed everything from environmental issues to the plants they were growing.

Two decades later, these talented, arts-loving gardeners have switched gears, making a name for themselves as a team of wearable art creators.

Their work is the centerpiece of the upcoming Bay-2-Bay Wearable Art Exhibit at Creative Pinellas, 12211 Walsingham Road.

The free exhibit, sponsored by Creative Pinellas, the Dunedin Fine Arts Center and the Safety Harbor Arts & Music Center, puts more than 100 custom creations by the Garden Fairies and other local wearable art designers on display.

The opening show takes place Saturday, Oct. 12, 6 to 9 p.m., featuring the designers and models, a photography wall, a gift shop and a special performance by Kapok Aerial Arts.

There will also be a special display of wearable art created by Seminole Elementary School fifth graders, said Demeree Barth, an art teacher at SES and member of the Garden Fairies. She’s likely the only art teacher in the county teaching their students wearable art, she said, but she thought it would be a great way to connect with the kids.

“I just wanted to share what I do outside of school and this is what I’ve been kind of working on lately,” she said. “I thought they might like it. It’s different for them, and involves fibers and sculpture and 3D, which we don't normally get to do.”

Her students embraced wearable art more than she anticipated, and she’s received a $2,500 grant from Pinellas County Schools to expand the lessons next year.

Barth used the Garden Fairies to inspire her students’ designs.

“They’re inspired by how the Garden Fairies start their artfits,” she said. “They always start with their hats, so I had them work on headwear and work collaboratively, which is a fun thing for them.”

This Creative Pinellas exhibit wraps up a big year for the Garden Fairies, Barth said. Not only did they participate in the 15th annual Wearable Art show at the DFAC, an event they’ve been a staple in for the past decade, but they were also featured designers at the 2019 CMG New York Fashion Week.

Their works were showcased at a Sept. 14 event at the Skyline Hotel in New York City. Barth called the event “the Super Bowl of wearable art.”

She added, “It’s like everything has kind of happened all at once this year and it's really exciting to see all of our hard work being recognized elsewhere. The show at Creative Pinellas is kind of like the giant, not like a finale, but us telling people, we're here, this is what we do and we're showing everybody.”

Moving forward, the Garden Fairies will rent their “artfits” and models to entertain guests at private and business events throughout the Tampa Bay area. Those interested in their work should email Barth at demigodart@gmail.com.