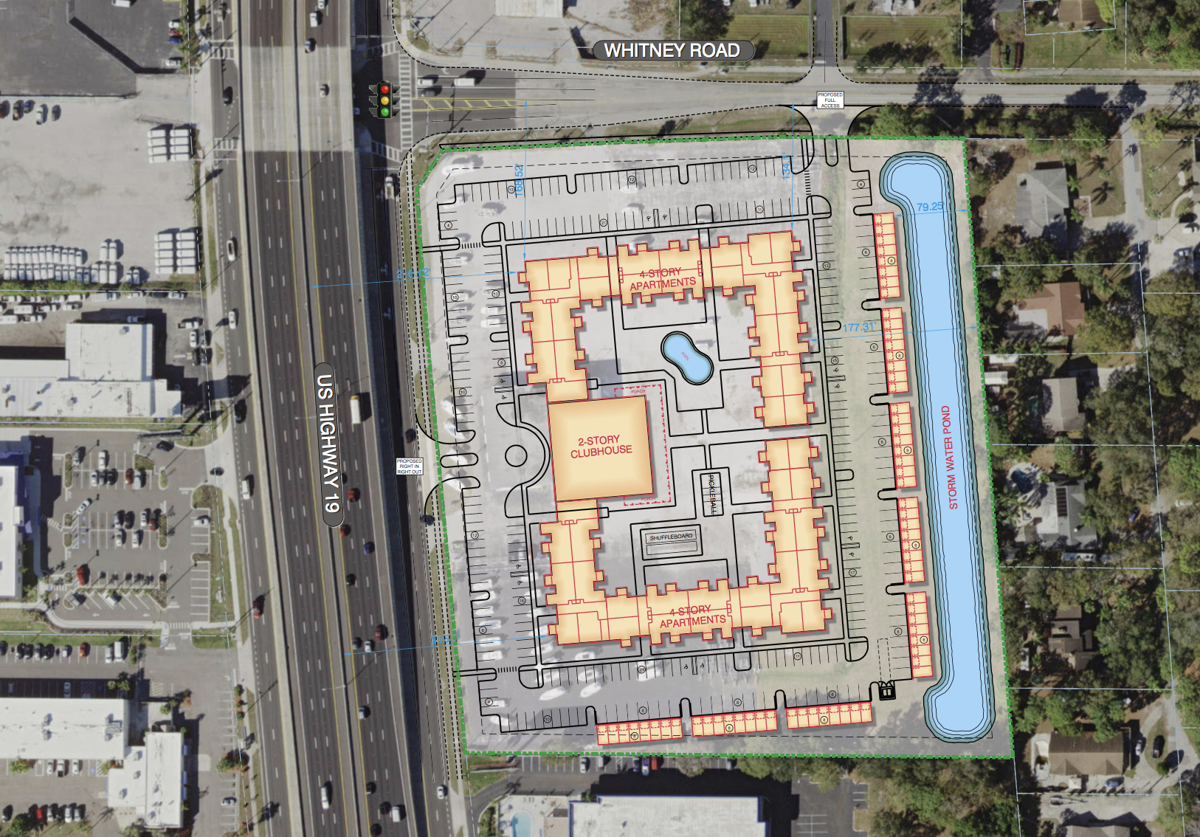 This conceptual site plan submitted to the city by Lantower Residential shows preliminary plans for a 201-unit apartment complex off U.S. 19 in Largo. 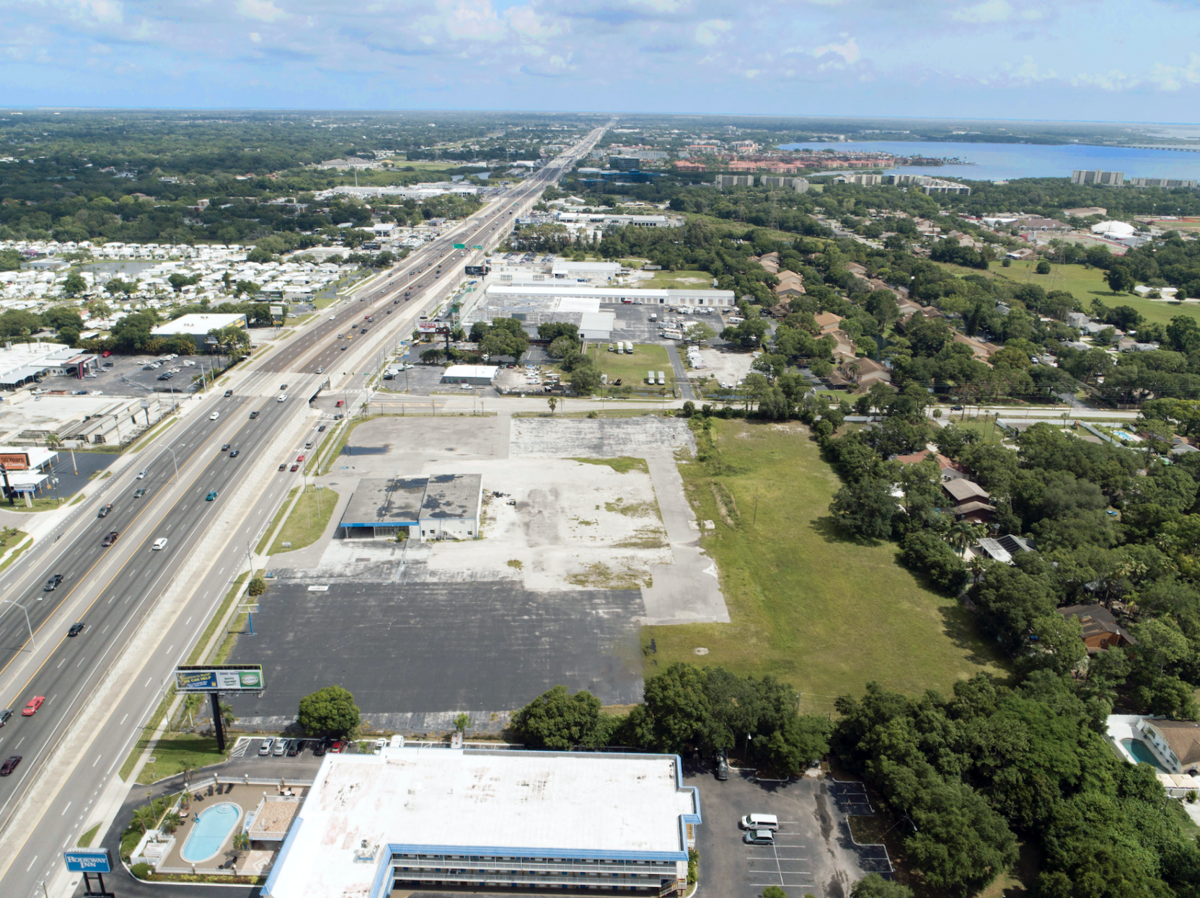 Lantower Residential, a Dallas-based real estate company, closed the deal on this 8.38-acre plot of land in Largo for $6 million in September.

LARGO — Housing developers in search of a home for their projects continue to look Largo’s way.

Lantower Residential, a Dallas-based real estate company that both acquires and develops multifamily housing communities, closed the deal on the 8.38-acre plot of land in Largo for $6 million in September.

Rick Perez, planning manager for the city of Largo, said Lantower submitted a conceptual plan for the apartment complex for an informal review in June, but it hasn’t taken any further action.

The concept plan, which Perez emphasized typically evolves significantly by the time it is submitted for a formal review, shows a 201-unit complex for residents 55 and older that includes a four-story apartment building, two-story clubhouse, pool, and pickleball and shuffleboard courts. The facility would include 110 one-bed units, 91 two-bed units and 366 parking spaces.

The property, which also includes frontage road off U.S. 19, was previously a Waylen Bay Marine boat dealer and sits alongside one of the most heavily traveled roads in Pinellas County.

According to Colliers International Tampa Bay, which represented the sellers, Wilder, LLC, more than 79,000 cars pass the property each day.

“The property is less than a mile from Tri-City Plaza, which is anchored by a Publix and L.A. Fitness, making it an ideal location for office, multifamily or hospitality development,” said John Gerlach, executive managing director of investment services at Colliers, in a press release.

Colliers added that the land was in high demand, selling for $800,000 over asking price.

“We saw a great deal of activity on this property, with a number of interested parties actively pursuing the land,” Gerlach said.

Three other major apartment complexes are already in the works around Largo.

• Just south of that project, The Rosery, a proposed development at the corner of Clearwater-Largo and Rosery roads, will feature 224 units and a plaza with public art.