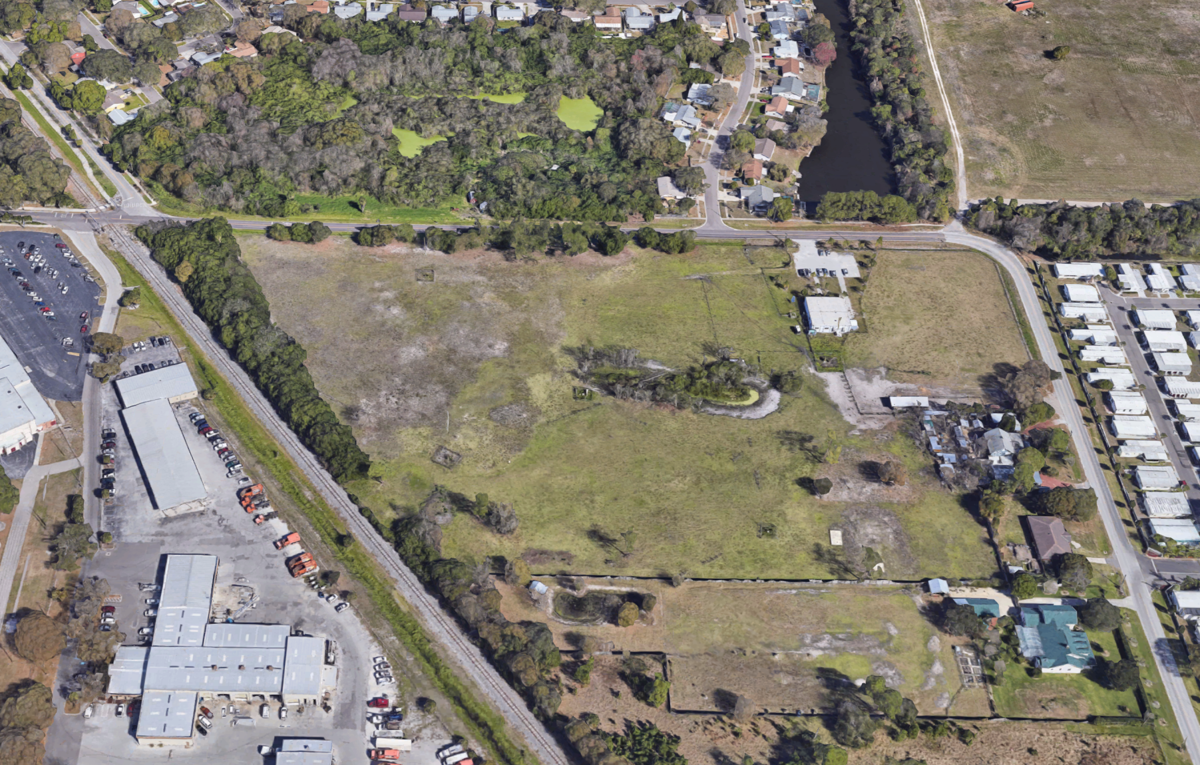 A Pinellas Park developer is looking to build a multifamily housing complex on this 15.5-acre site along Eighth Avenue Southeast and Donegan Road in Largo. 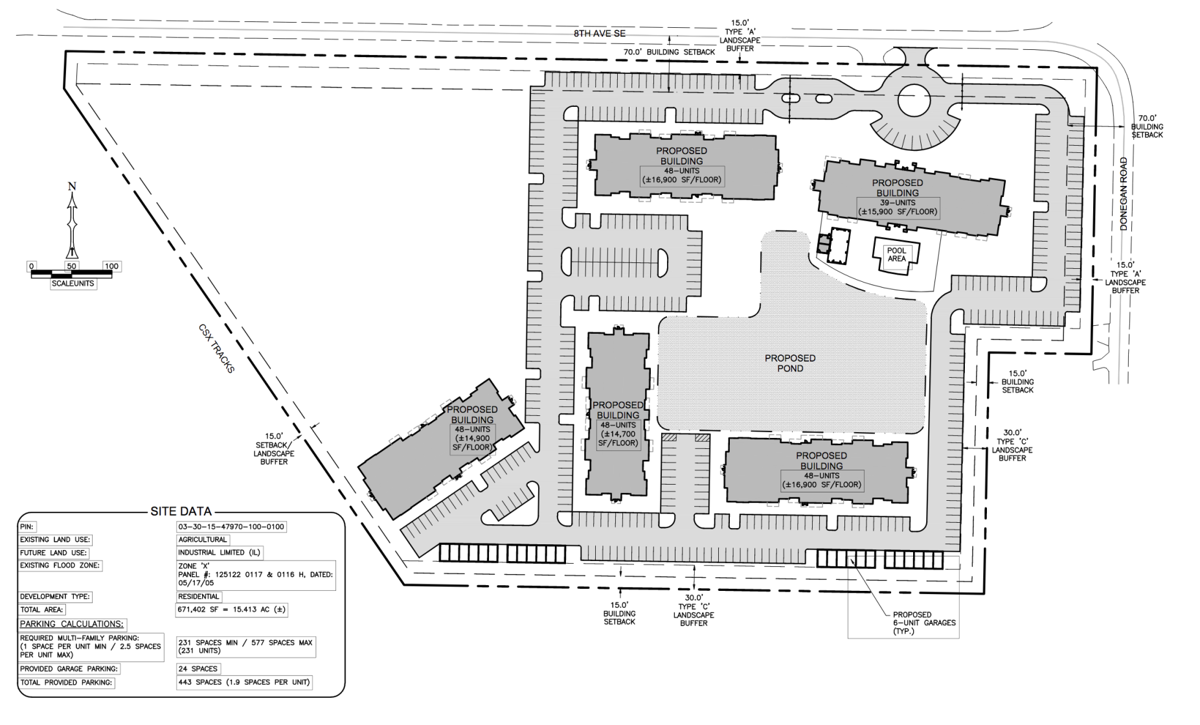 A Pinellas Park developer is looking to build a multifamily housing complex on this 15.5-acre site along Eighth Avenue Southeast and Donegan Road in Largo.

LARGO — Despite traffic and safety concerns expressed by neighbors, city commissioners voted 6-1 on June 1 to allow a proposed 231-unit apartment complex adjacent to Largo Middle School to take the next step.

The vote gave city staff permission to complete a development agreement with Belleair Development Group of Pinellas Park, which wants to construct the multifamily complex on a 15.5-acre site near Largo Central Park along Eighth Avenue Southeast and Donegan Road.

According to a preliminary site plan submitted by the developer, the proposal calls for five, four-story buildings with a pond at the center, a 30-foot landscaped buffer between the complex and single-family homes to the south, and a 10-foot-wide multiuse path along both frontages.

The northwestern portion of the property is not suitable for development and will be left as green space, according to Carlos Yepes, owner of Belleair Development.

The agreement also requires 30% of the units be set aside for affordable housing and for the developer to conduct a traffic study to determine the project’s impact on all adjacent roadways.

Those two-lane roadways have been the subject of traffic and speeding concerns in the past, so commissioners were sensitive to the impact the project would have.

“It would take a lot of work to convince me that that roadway will handle this kind of volume,” Commissioner John Carroll said.

Carroll said the project’s proximity to the middle school and city’s Public Works department would also only add to the bus and truck traffic.

Commissioner Michael Smith, who voted no on moving forward with a development agreement, shared Carroll’s concerns.

Smith said he still has concerns about the project. He said he has spoken with area residents and “some of them still have a lot of reservations about this.”

Smith is referring to residents of two nearby 55 and older communities — Lincolnshire Estates and New Haven Condominiums. At least eight of those residents sent emails to commissioners asking them to either halt the development or take measures to mitigate its impact.

“While the local community may be unable to prevent development, that in itself will be detrimental to the area, nearly all residents in the New Haven neighborhoods are completely opposed to the addition of multi-family housing that will cause traffic and safety problems, create even more problems with schools, destroy local wildlife habitat and potentially lower the property values of the existing communities,” Dela and Luis Humphreys wrote in an email to commissioners last month.

Acting Planning Manager Alicia Parinello said staff are aware of the concerns and have taken them into account when crafting the agreement.

For example, the developer must conduct a traffic study, make any needed improvements to Eighth Avenue Southeast and Donegan Road, and has agreed to create a 10-foot-wide multiuse path along both roadways.

“This is somewhat of a unique opportunity because we can use this development agreement as a tool to move forward on some immediate changes to Donegan and Eighth,” Parinello said.

In order for the project to move forward, it also will require a land-use change from Industrial Limited to Residential Low Medium.

Carlos Yepes, owner of Belleair Development Group, said his firm takes a personal approach to its projects and he has reached out to the concerned neighbors.

He said he also informed them why his housing complex may not be as bad for that property as they think.

“Most of those people have no idea that this property could be developed as,” he said, referring to the industrial land use. “They thought it was just single-family houses. Today, we could build four hotels on this property easy, each for 120 rooms. Think of the traffic that would be. We could put a flea market with no approvals. We could put warehouses, retail warehouses.”

Mayor Woody Brown said a new project on a long-vacant piece of property was likely to create some angst, but he thinks traffic created by housing complexes are typically not as bad as people believe.

He added that the development could be a benefit to the area.

“I think that affordable housing and multifamily housing that close to Largo Central Park and the middle school would really be a good thing, especially if it had really good pedestrian access, which it doesn’t right now,” he said. “So it could tie together that area quite a bit.”

The project has many more steps to take before it starts to come out of the ground, Parinello said, including several public hearings regarding the development order and land use change.

Getting the neighbors’ approval might be the biggest obstacle of all, though.

“It’s going to take some really good diplomacy to convince those neighbors this is a good idea,” Carroll said.