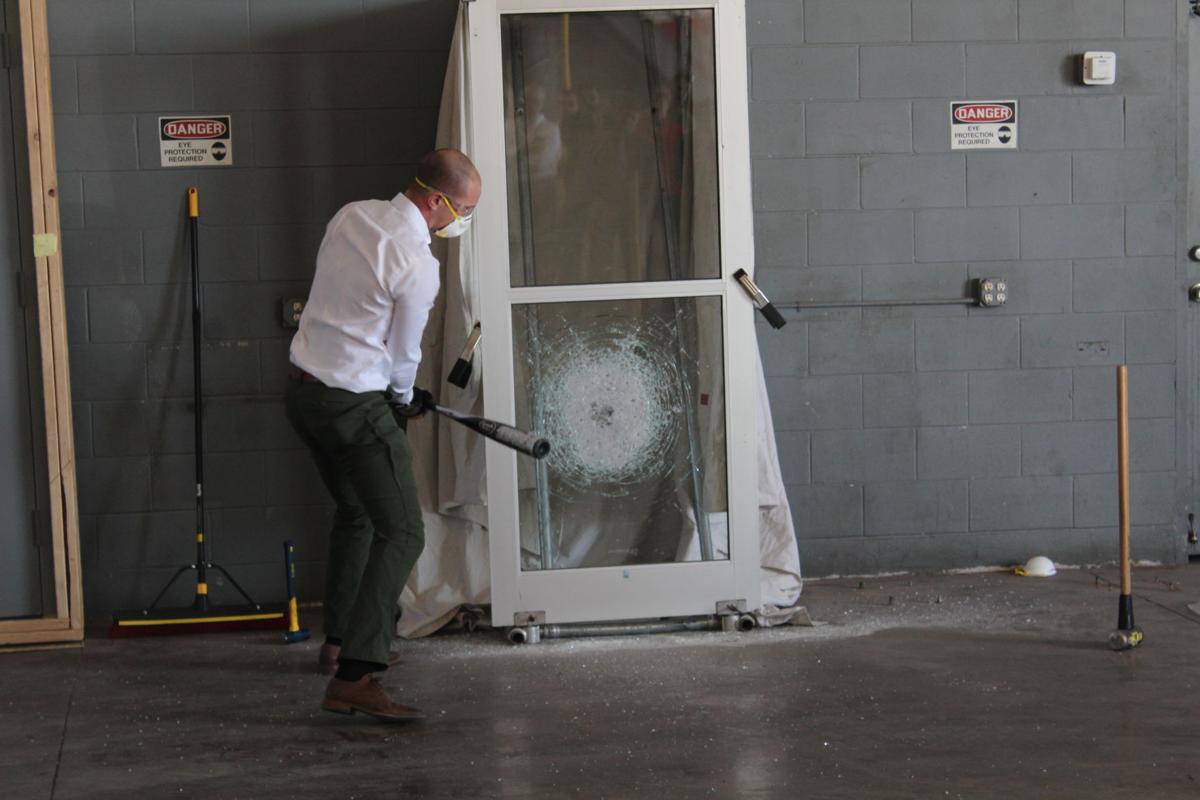 Matt Jacobsohn, national accounts manager for School Guard Glass, beats a glass pane with a baseball bat to demonstrate its effectiveness March 15 during a demonstration at the company's new facility in Largo. 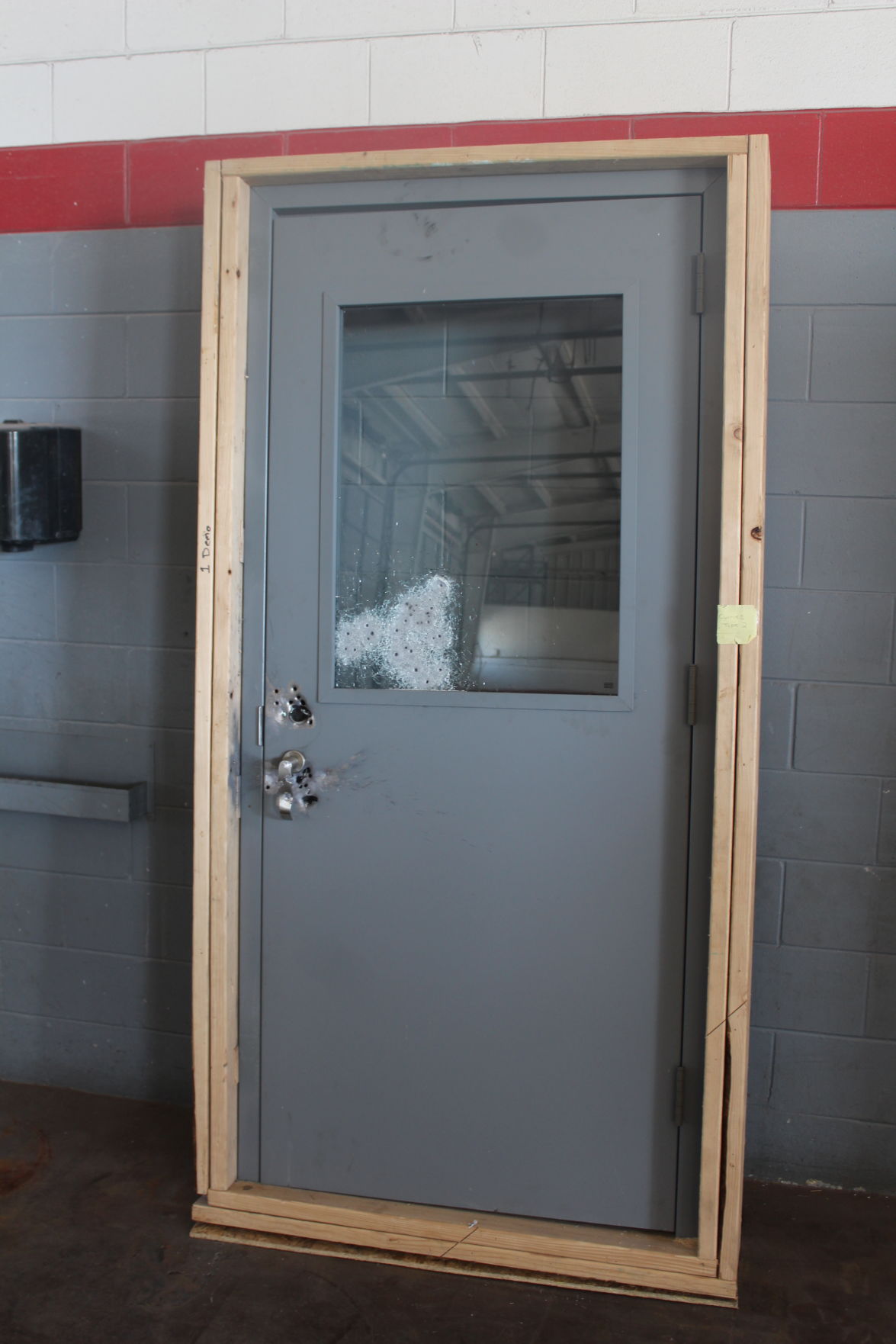 This door and glass passed testing after being shot with the use of an AK-47.

Matt Jacobsohn, national accounts manager for School Guard Glass, beats a glass pane with a baseball bat to demonstrate its effectiveness March 15 during a demonstration at the company's new facility in Largo.

This door and glass passed testing after being shot with the use of an AK-47.

LARGO – At a manufacturing facility on Starkey Road on March 15, Matt Jacobsohn repeatedly struck a pane of glass using a baseball bat.

The glass was cracked but stayed intact in the door as the demonstration ended while Jacobsohn, the national accounts manager for School Guard Glass, paused to catch his breath.

He and other representatives of a partnership believe their products are superior to others used at schools, embassies and other places where the need for security is paramount, including Sandy Hook Elementary School.

“If you are doing the security protocol for the Freedom Tower and the Sandy Hook Elementary School, it literally means you’re the best security company in the world,” said Chris Kapiloff, CEO of School Guard Glass, which is based in Massachusetts.

The company is a subsidiary of Advanced Impact Technologies, which plans to expand its operations into Florida. Their new 100,000-square-foot facility is the former site of Great Bay Distributors at Starkey and Ulmerton roads.

The fatal shootings of 20 students and six adults at Sandy Hook in Newtown, Connecticut, in 2012 gave rise to the company’s products that are now used in more than 1,000 schools. With school and building safety on the public’s mind in the wake of the Parkland tragedy, AIT decided to make a company introduction before the Largo facility is complete.

Similar doors were brought to the HP White testing laboratory near Baltimore, which provides independent analysis for impact-resistant products and defense mechanisms around the world.

“A year ago, we brought eight of these doors back to White. Every door and glass combination lasted for at least seven minutes and in every case the test administrator said the test is over because the tester will not be able to get through,” Kapiloff said.

His company maintains the glass is tested to withstand entry from someone who is armed with anything from a hammer to a gun. Their purpose was to create a product that would be so hard to break through that the perpetrator would have to spend five minutes or more trying to gain access.

“The reason I picked five minutes is because when I went to talk to my chief of police in my town, I said, ‘How long is it going to take to get a police officer from wherever they are to the elementary school?’ He said, ‘He will be over there in under five minutes.’ So five minutes was my goal,” Kapiloff said.

Among the attendees at the demonstration was George Tharin, project manager for the architectural firm of Williamson Dacar Associates.

He noted that Jacobsohn was able to penetrate inferior types of glass manufactured by other companies during the demonstrations.

“We are very interested because a lot of the products we are using now are the products he just bashed through in four to five whacks with a bat,” Tharin said. “We think the potential for this glass to go into the educational market is fairly high. We think there will be a large response to using this product,” he said.

He said they are working with the Sarasota school district and will introduce products to officials there soon.

Referring to one type of product discussed, Tharin said “whatever that is, it’s going to save a lot of lives.”