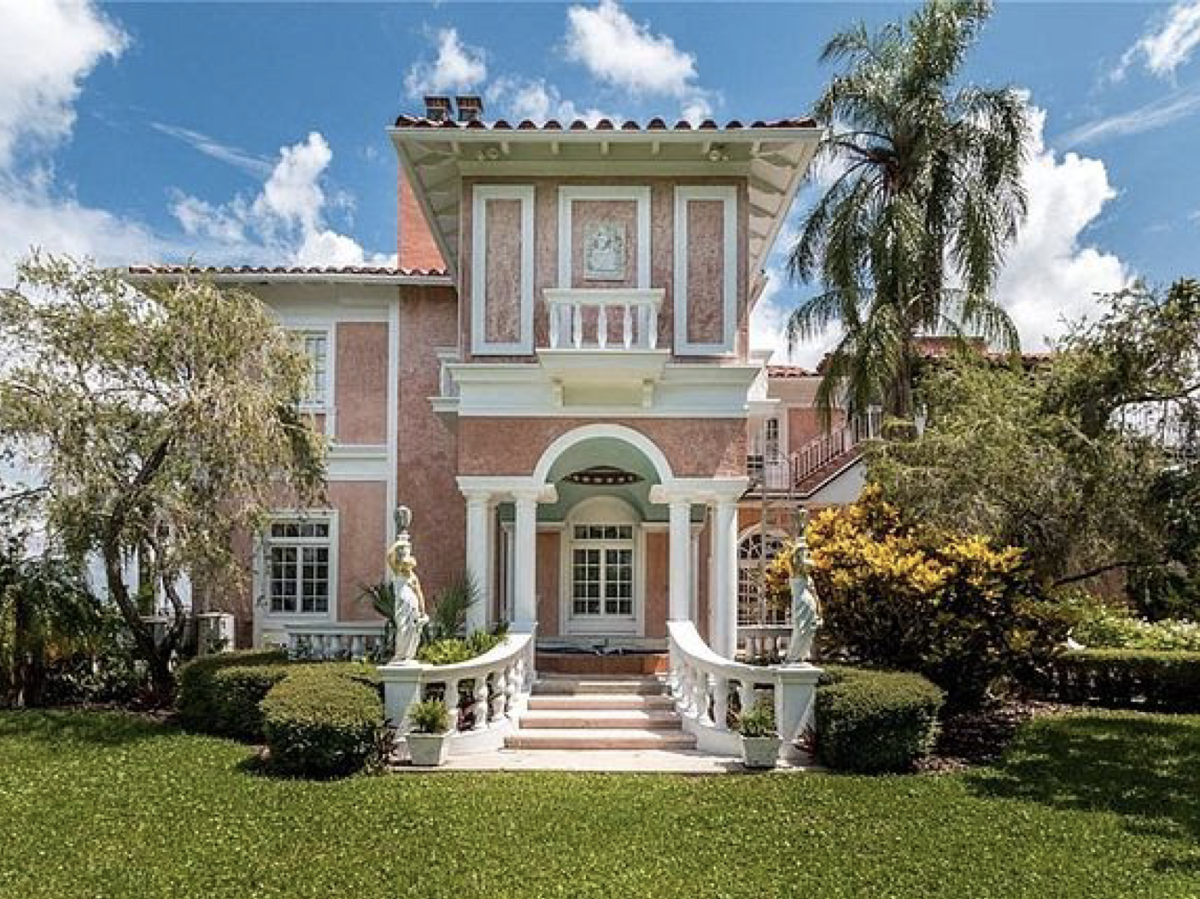 The Kellogg Mansion was built in 1925 and was a winter home of W.K. Kellogg, the founder of the Kellogg Co. Its new owners, who plan to demolish it and build a new home,  reached an agreement with the Dunedin History Museum that will allow its members to document it and preserve artifacts before it’s razed. However, they found out recently, that most of the historic artifacts had already been removed. 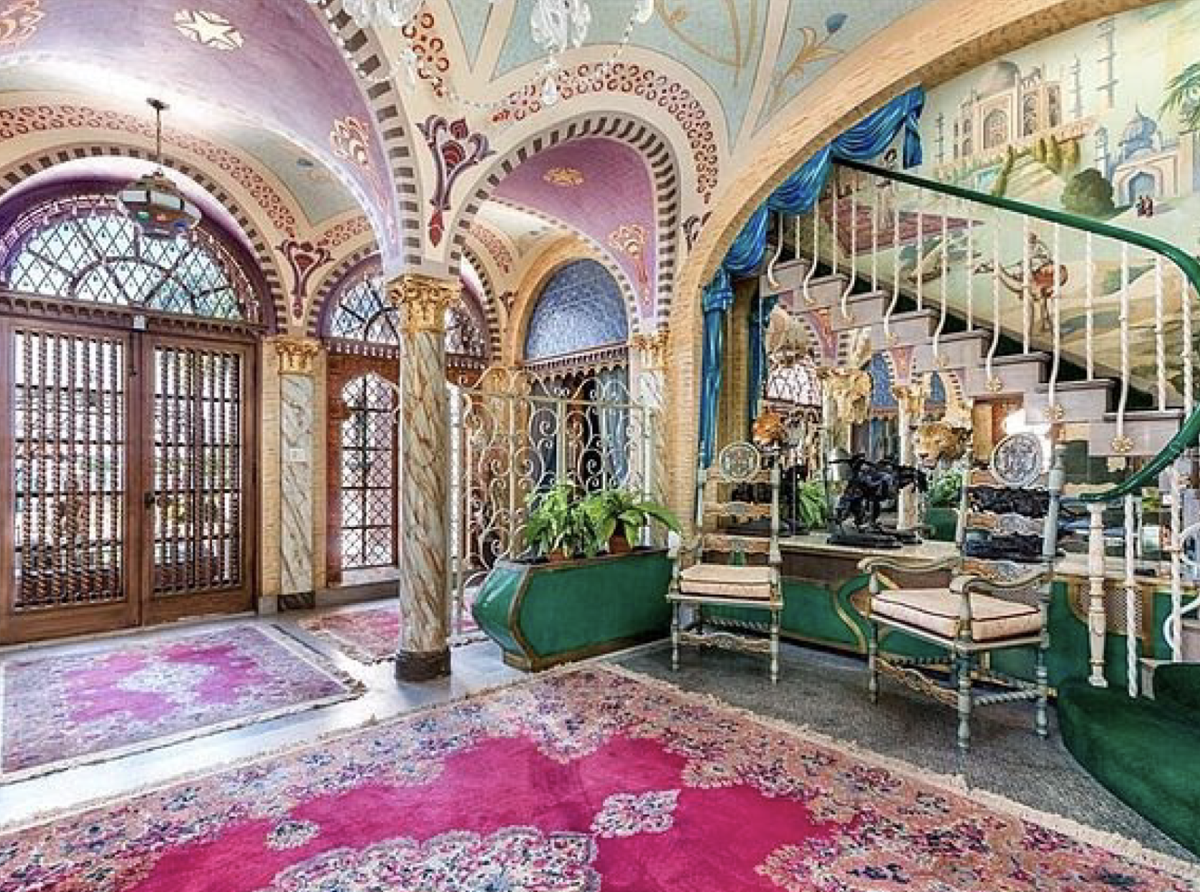 The mansion has hand-painted murals that were commissioned by Kellogg, hand-carved wood-coffered ceilings, stained-glass windows, detailed mosaics, and original chandeliers.

DUNEDIN — This past weekend, the new owners of the historic Kellogg mansion in Dunedin arrived at the home with their four children to enjoy the sunset. It was their first visit to the 1925 home since closing on it in mid-June.

Their joyous moment turned to dismay, however, when they learned the house had been stripped of historical artifacts the city had been working for months to preserve, officials said June 29.

The previous owner, Dane Webb, had signed a joint agreement with the new owners, David Wenk and Christa Carpenter, the city of Dunedin and its historical society, that stated Webb would remove personal effects but leave the original fixtures. The historical society would then document the mansion and preserve or auction certain artifacts before the new owners were to demolish the structure and build a new home.

City Manager Jennifer Bramley and other officials were invited to the property by Carpenter and added that “really anything original to the property that was of value had been removed.”

Now, the new owners and city are scrambling to retrieve the fixtures by any means necessary, including possible litigation.

The city has not been able to contact Webb. It issued a notice of breach of contract to Webb’s attorney on June 27, and commissioners put their full support behind any enforcement efforts Carpenter, who is also an attorney, might be pursuing.

“We do have indication from Ms. Carpenter as of today that they do intend on moving forward with legal action against the seller of the property,” Day said.

The city gave Webb until June 28 to return the artifacts, Bramley said, but only a small amount has been recovered.

Bramley said both she and Carpenter have reached out to some salvage companies to inform them they are in possession of stolen goods, and the city did not support removal.

However, Webb had not provided a list of all the companies involved or exactly how much was taken.

Also, the salvage companies claimed to be operating under a valid contract with Webb, so informing them that they were in possession of stolen goods has not had the desired effect, Day said.

“They claimed to have a bona-fide contract with the seller,” she said.

If they won’t cooperate, Mayor Julie Ward Bujalski urged the city to spread the word about what happened in an effort to put pressure on Webb and the salvage companies, which she also called victims.

“They may not want to cooperate, and we can certainly let the public know who’s not cooperating,” Bujalski said.

The agreement with the four parties was described as a big win for the city in its efforts to salvage some history from the three-story mansion, which was owned by W.K. Kellogg, the founder of the Kellogg Co.

The historical society’s goal was to document the home and create a 3-D tour that could cost up to $75,000 to create. The new owners also agreed to give the society until July 16 to preserve and auction off items, which would help fund its efforts.

Because of the circumstances, Wenk and Carpenter have agreed to extend that deadline until Aug. 16.

Commissioner Deborah Kynes, who was working with the society on the project, said the couple has been gracious to extend the deadline, but the effort will now be more difficult and costly.

On the other hand, Vinnie Luisi, director of the History Museum, emphasized that the new owners have gone out of their way to help the city and make the arrangement work.

“(The new owners) have been blindsided as much as everybody else,” he said. “… They walked in and thought the building was robbed.”

Day recommended the city not pursue litigation until it knew what legal action the new owners would be seeking, such as an injunction or damages. The commission agreed to wait until its next meeting July 13 to discuss a possible lawsuit.

Day did say, however, that the museum could proceed on its own if it desired.

Bujalski said time was critical. She urged Bramley to begin publicizing the incident with the goal of informing people to steer clear of purchasing the artifacts and also to pressure Webb and the companies to return them.

“I don’t want to leave it to chance,” she said.