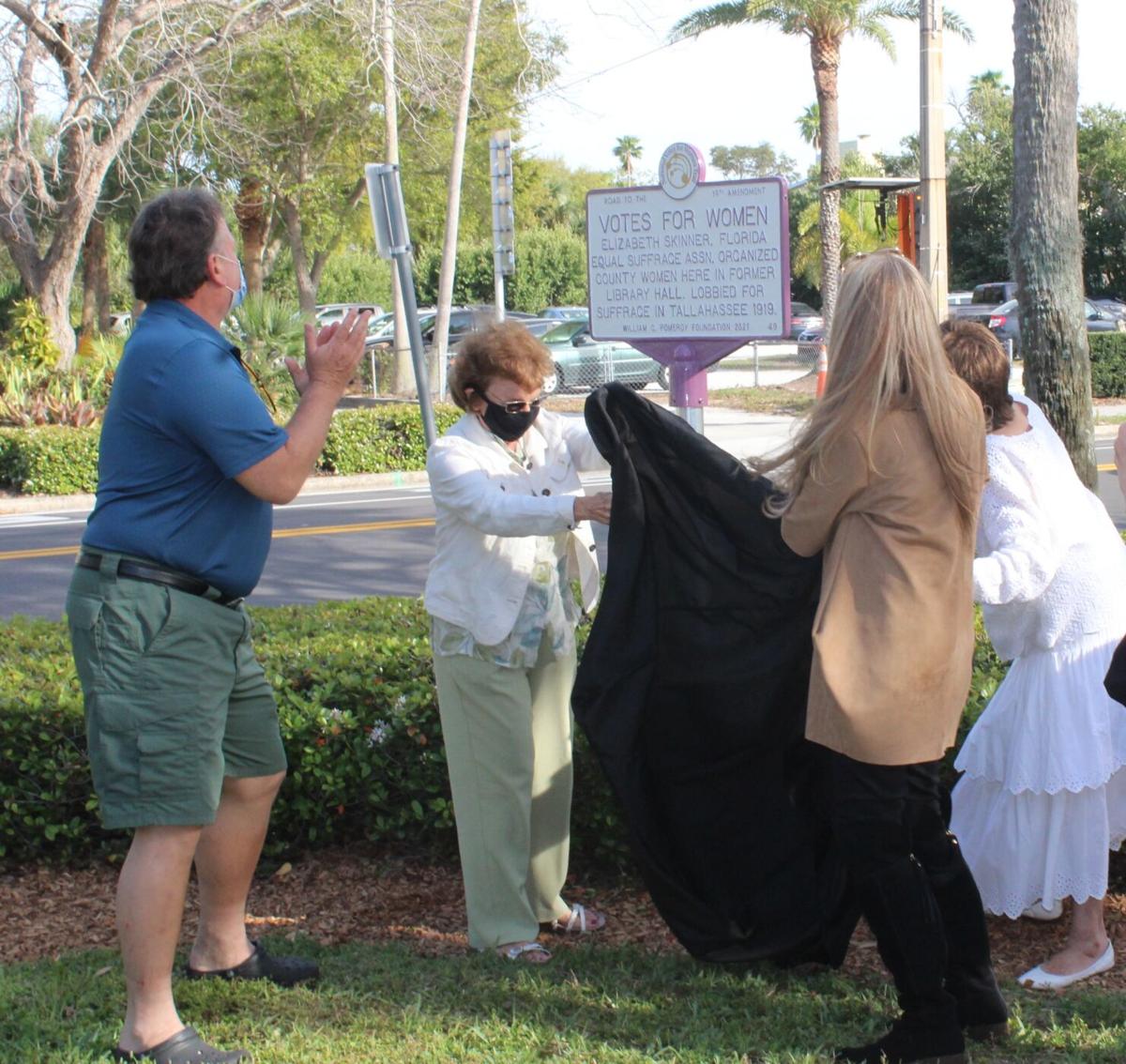 City officials held a ceremony March 5 at Edgewater Park for the unveiling of a marker honoring Elizabeth Skinner, who was a tireless advocate of women's suffrage. Shown are descendants of the late Mrs. Skinner. 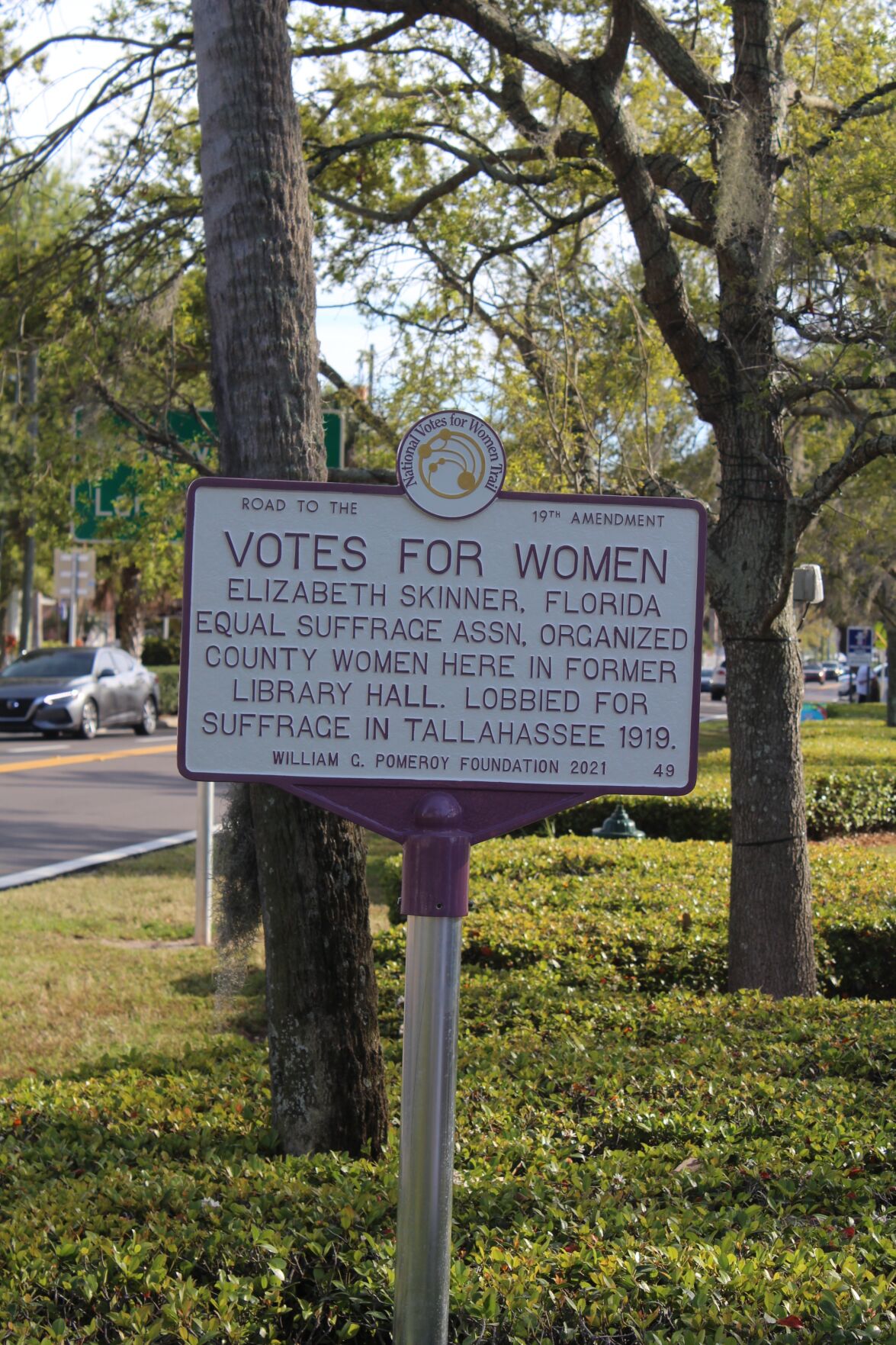 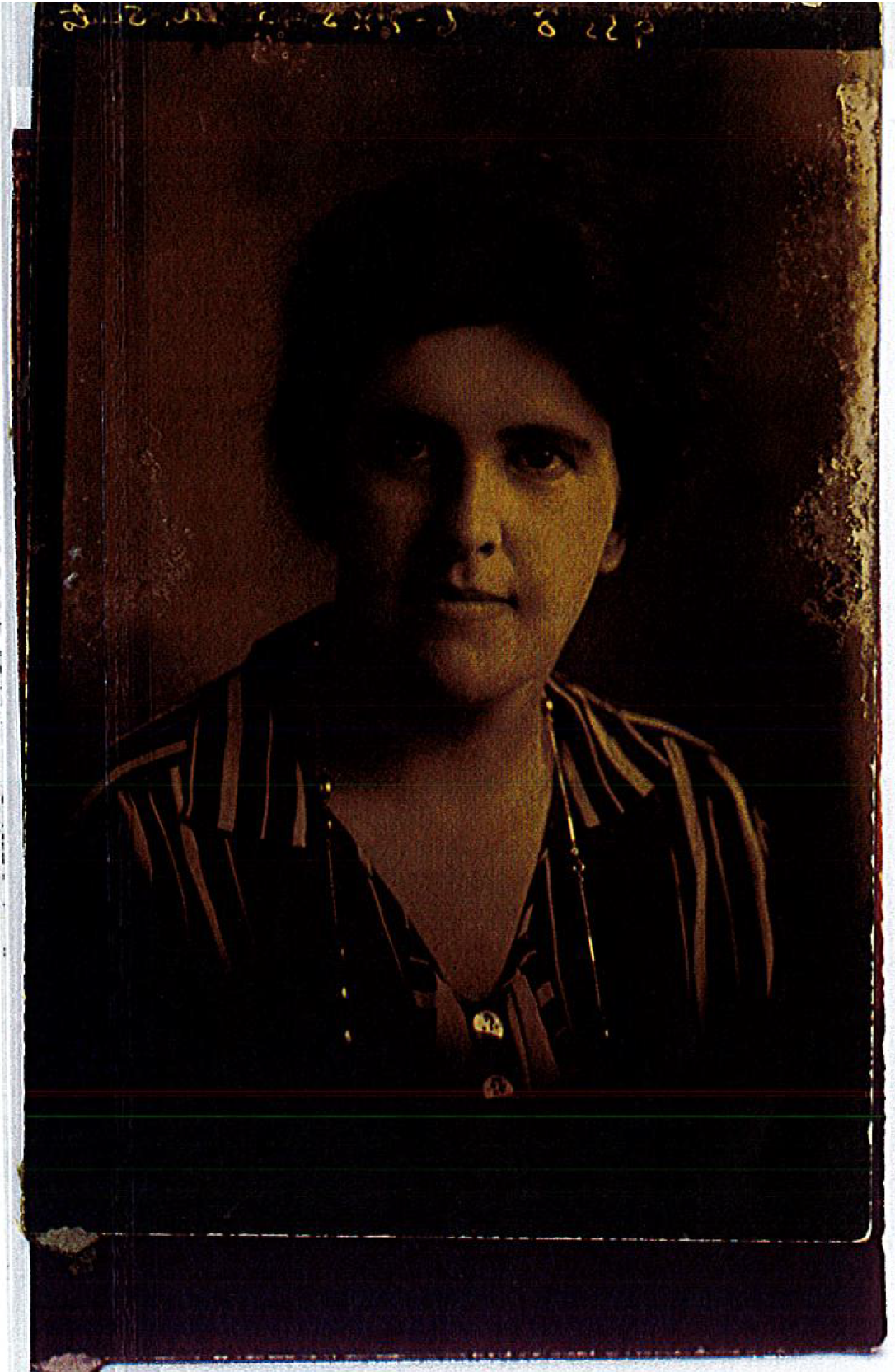 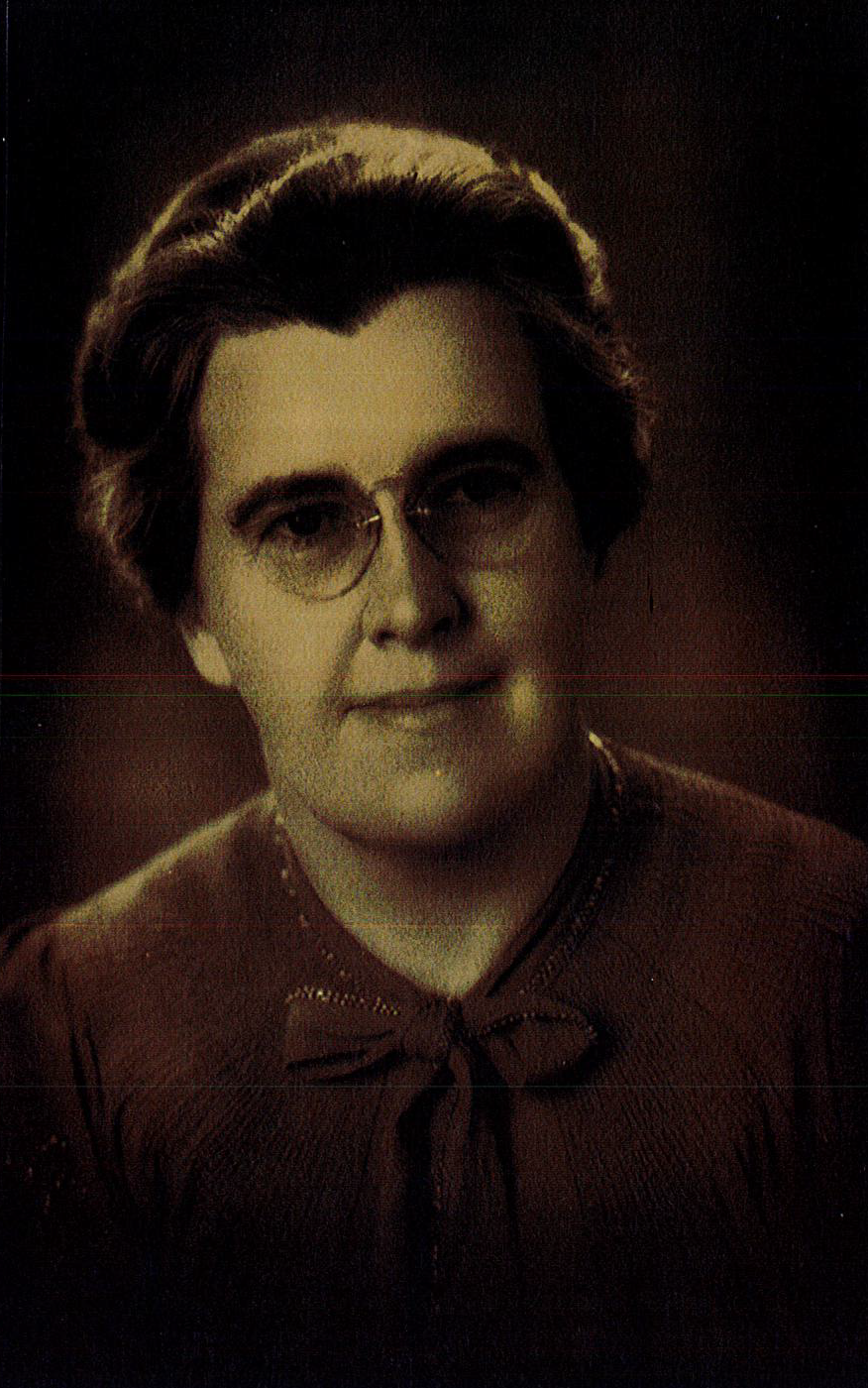 City officials held a ceremony March 5 at Edgewater Park for the unveiling of a marker honoring Elizabeth Skinner, who was a tireless advocate of women's suffrage. Shown are descendants of the late Mrs. Skinner.

DUNEDIN — City officials and community leaders paid tribute March 5 to a Dunedin resident who was passionate about woman's suffrage.

They unveiled a trail marker at the northeast section of Edgewater Park that honors the late Elizabeth Skinner, who fought for women's right to vote in many ways.

Dunedin is the first city in Florida to have a National Votes for Women Trail program marker.

The marker is placed at the former site of Library Hall, where Skinner, who lived from 1887 to 1962, held meetings promoting women's suffrage along with Florida Federation of Women's club meetings.

"She was a well-known dynamic participant in Florida's women suffrage movement," said Killian O'Donnell, NVWT Florida state coordinator to the 50 or more people who attended the ceremony.

In the Florida Equal Suffrage Association, Skinner served on the executive board and chaired committees. She lobbied Florida legislators to amend the state Constitution to allow women to vote, O'Donnell said.

The Florida Federation of Women's Clubs was the most powerful women-led organization in the state, O'Donnell said.

"And Miss Skinner leveraged it and all her resources fighting for women's rights to vote," she said.

The reason Dunedin has the first trial marker is the work of city officials, O'Donnell said, in applying for the marker.

"Phyllis worked with me throughout the process. She provided the land-use permission, which many sites really had a challenge getting that," O'Donnell said.

About 200 markers are expected to be dedicated across the country, said Judy Wellman, chairwoman of the NVWT Advisory Board.

"One reason a lot of us are doing this, including myself, is that voting is so key to the functioning of our democracy," Wellborn said. "It remains a struggle to ensure that there is one vote for every person."

Members of the Skinner family attended the event along with all the city commissioners.

Mayor Julie Ward Bujalski said Skinner, besides her work on women's suffrage, did a lot to improve the community.

"And I don't want that to go by the wayside," Bujalski said.

"So she really kind of set the pace for us," Bujalski said.

Skinner donated land to the city for a playground for school children. She also donated the land and building for a youth center in 1948 and started the Dunedin Youth Center Auxiliary, which later became the Dunedin Youth Guild, Bujalski said.

Skinner organized and was president of the Women's Club of Dunedin and the county federation of Women's Clubs.

She was the only female on the School Board during her tenure.

A park at 1040 Martin Luther King Jr. Ave. was named in Skinner's honor.

"It was truly a life well-lived," Bujalski said.

Today people have gathered to celebrate everything Skinner did in the community as well as the entire Skinner family, Bujalski said.

"Here's to strong women. May we know them, may we be them and may we raise them," Bujalski said.