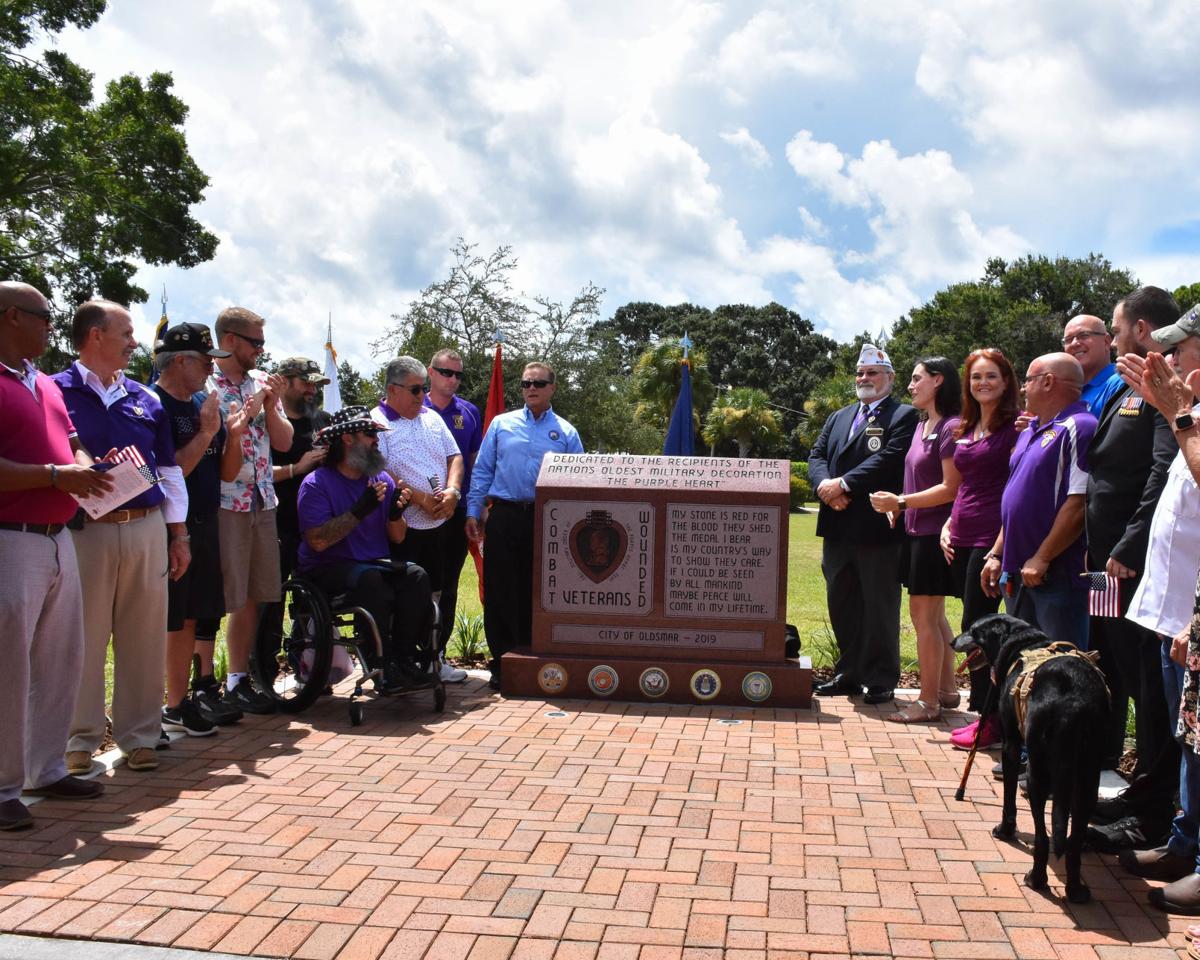 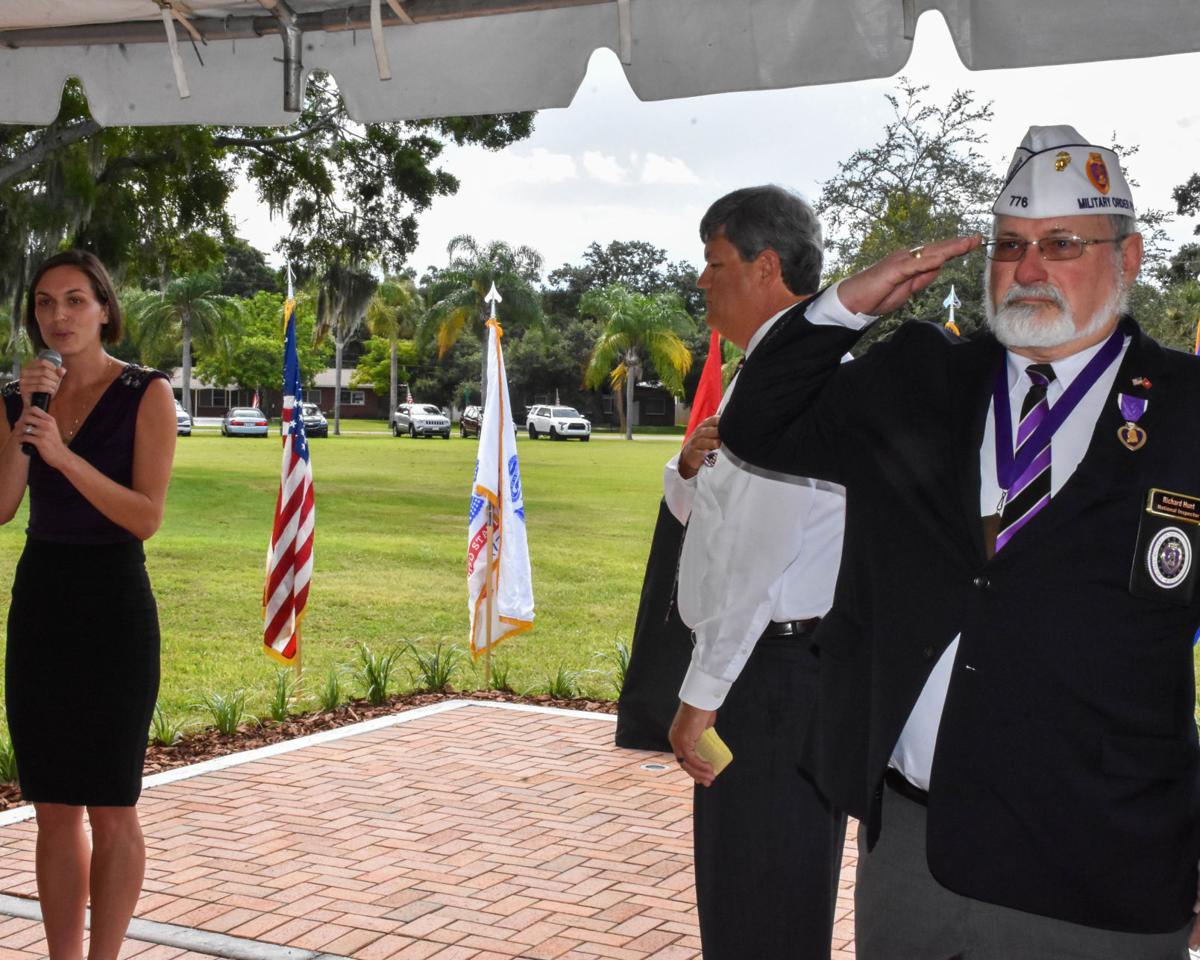 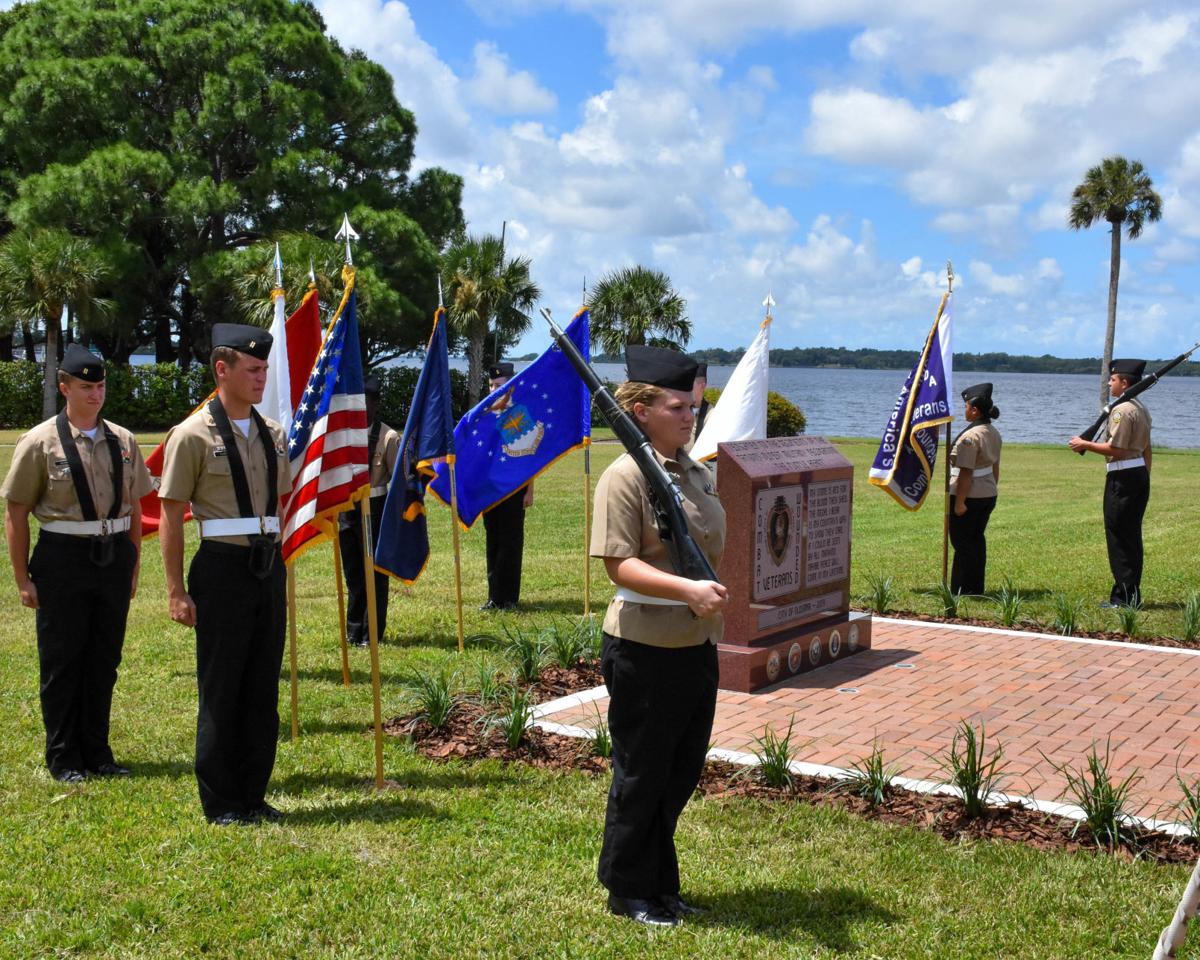 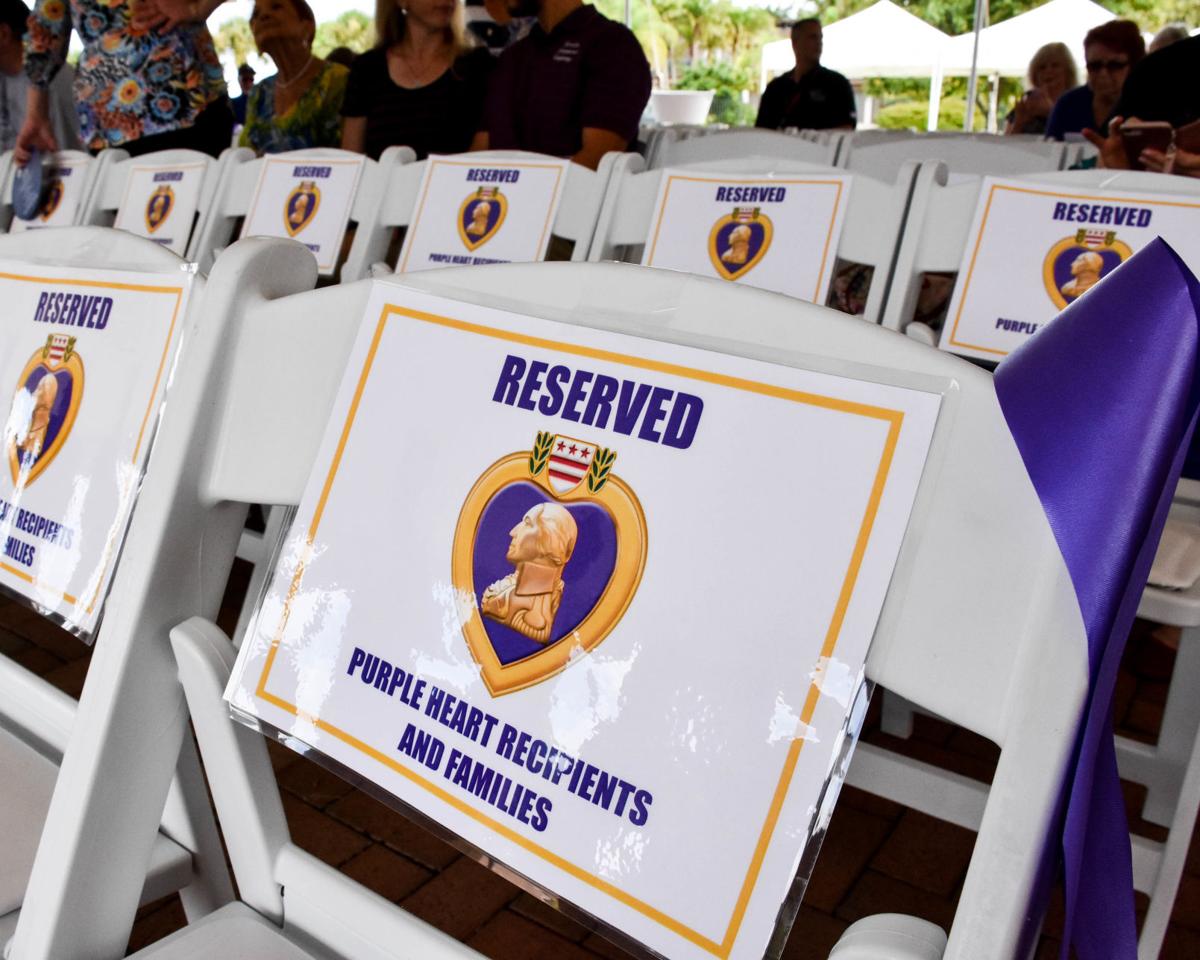 OLDSMAR — There’s a growing consensus that Oldsmar is one of the most veteran-friendly communities in the state. The reputation stems from its Veterans Memorial Park — a scenic, waterfront expanse that hosts Memorial Day and Veterans Day events — and the many veteran-related causes Oldsmar has supported over the years, including photo exhibits and motorcycle rallies, the 2019 Department of Defense Warrior Games and the Gold Star Families of Florida.

After being named one of three Purple Heart cities in Pinellas County in 2015, Oldsmar officials worked with the Veterans Advisory Board to create a monument dedicated to America’s Purple Heart veterans; the striking, red-stone piece was installed in May and officially unveiled in a dedication ceremony on National Purple Heart Day on Aug. 7.

“Oldsmar is a city that takes great pride in honoring the sacrifices of our heroes, America’s veterans,” U.S. Rep. Gus Bilirakis, R-Palm Harbor, said at the start of the 90-minute ceremony. “And this beautiful place is a testament to the city’s ongoing commitment to our veterans and military personnel.”

Bilirakis, a longtime advocate for veteran’s rights who serves as the vice-chair of the House Veterans Affairs Committee, added “today, we honor those Americans who earned the oldest award in the military, the Purple Heart. I’d like to thank all the veterans who are here today and their families, and a special recognition to those who received the Purple Heart award. … Thank you and God bless.”

Following Bilirakis, who was not expected to attend due to prior commitments, state Sen. Ed Hooper, another Palm Harbor-area Republican, thanked the veterans and especially the Purple Heart recipients in attendance. “War wounds don’t heal when they get out of the hospital,” Hooper said. “They sometimes go very deep and last very long.”

Keynote speaker Richard Hunt, a Vietnam War veteran and president of the Purple Heart Veterans of Florida, directed all the Purple Heart vets who were seated in the back to move up to the chairs reserved for them in the front rows, “where you belong.”

“This is your day,” Hunt emphasized as several purple-clad people moved up.

Hunt offered a variation of the saying “some gave all, all gave some, and some continue to give today” and finished his speech by reading part of the inscription on the monument. “My stone is red for the blood they shed. The medal I bear is the country’s way to show they care.”

Malori Gabardi closed the ceremony by performing a stirring rendition of “America the Beautiful” as groups of city officials and veterans posed for photos in front of the monument before the Admiral Farragut Academy Color Guard removed the flags surrounding it.

Afterwards, Seidel said the ceremony had been “very emotional” and praised the work by the Veterans Advisory Board for organizing it.

“The beauty of the flags behind the new monument and surrounded by the Purple Heart recipients is an image that will last with those who attended,” the mayor said.

Seidel said the Purple Heart monument is important to the city. “Hopefully, the monument will be a reminder for generations to come and serve as a beautiful spot on the bay to reflect, learn and give thanks.”

“There’s a pulse within this community that many places could only dream of attaining,” he added. “You don’t see it, but it’s there. Oldsmar is the heart of America.”