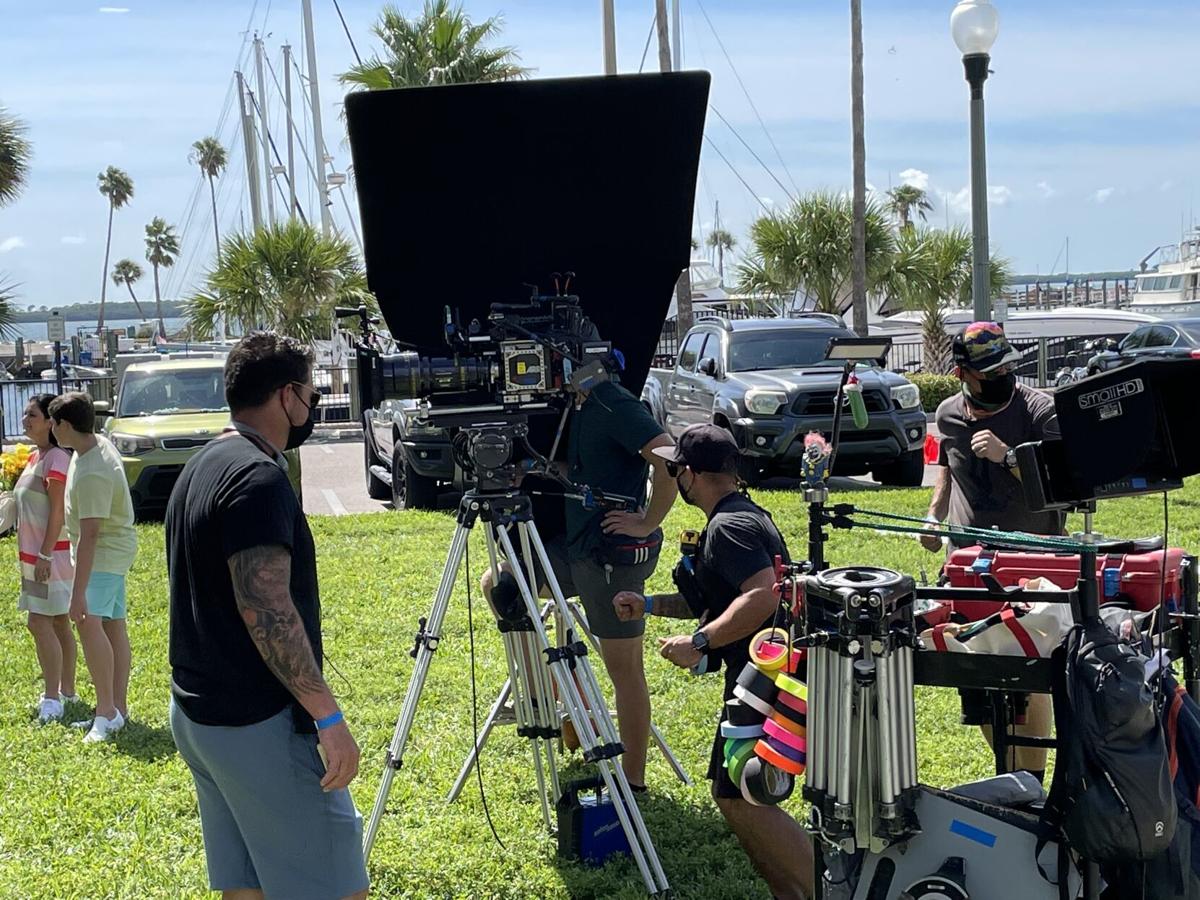 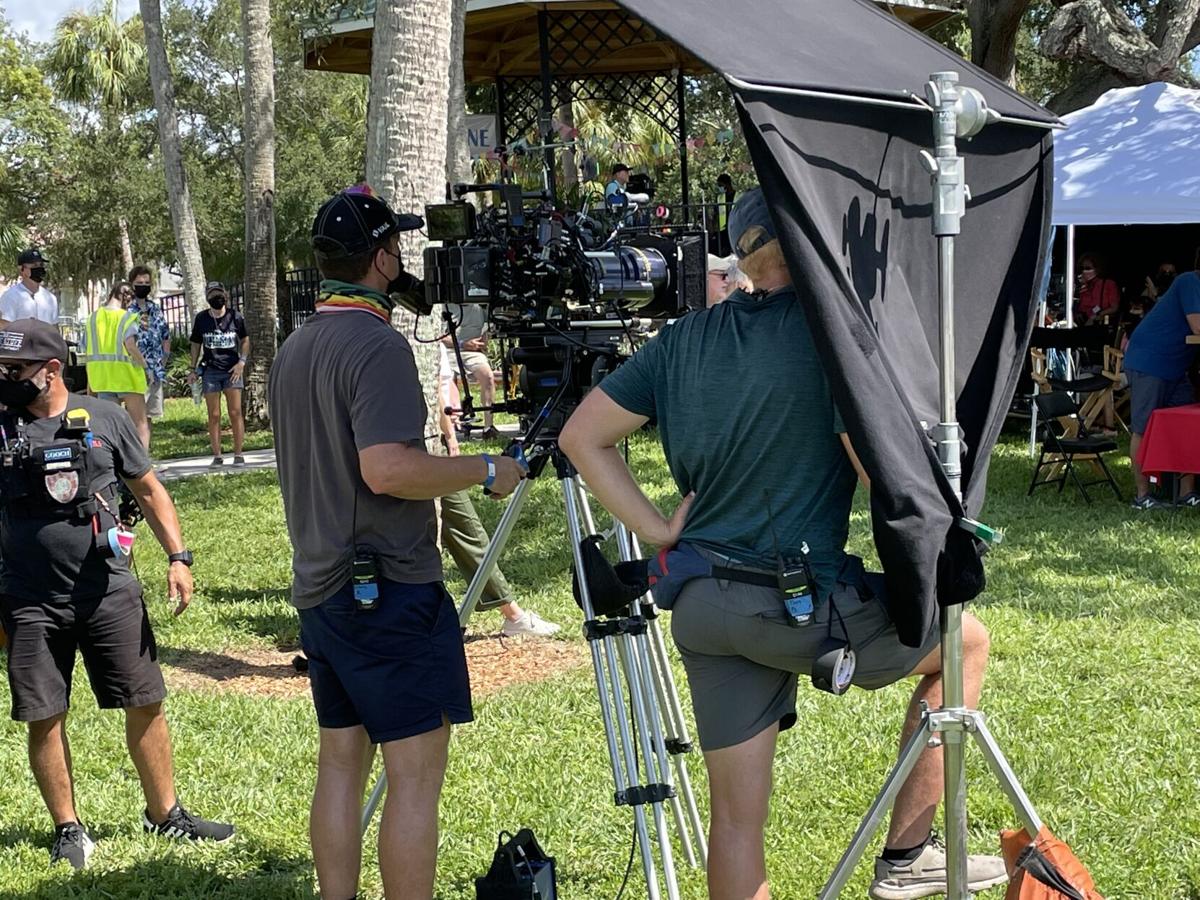 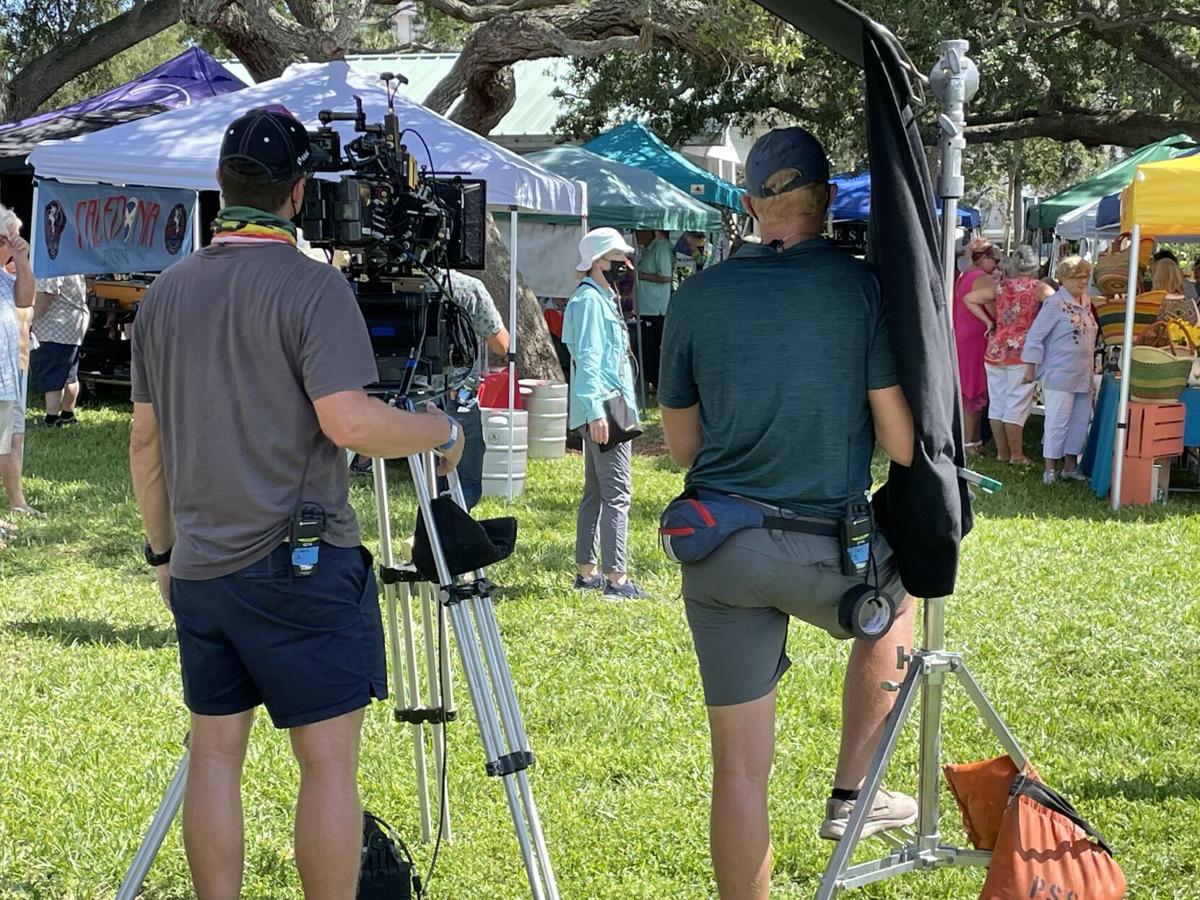 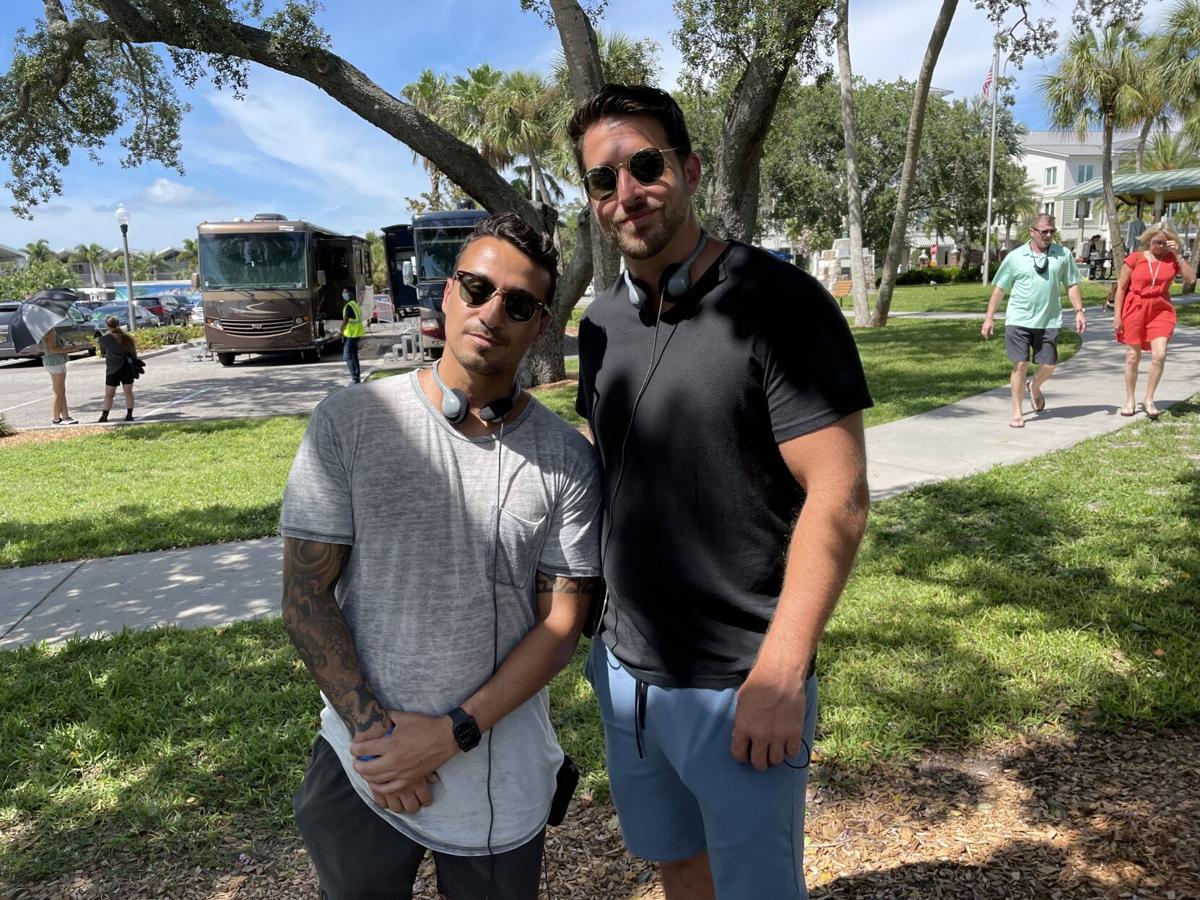 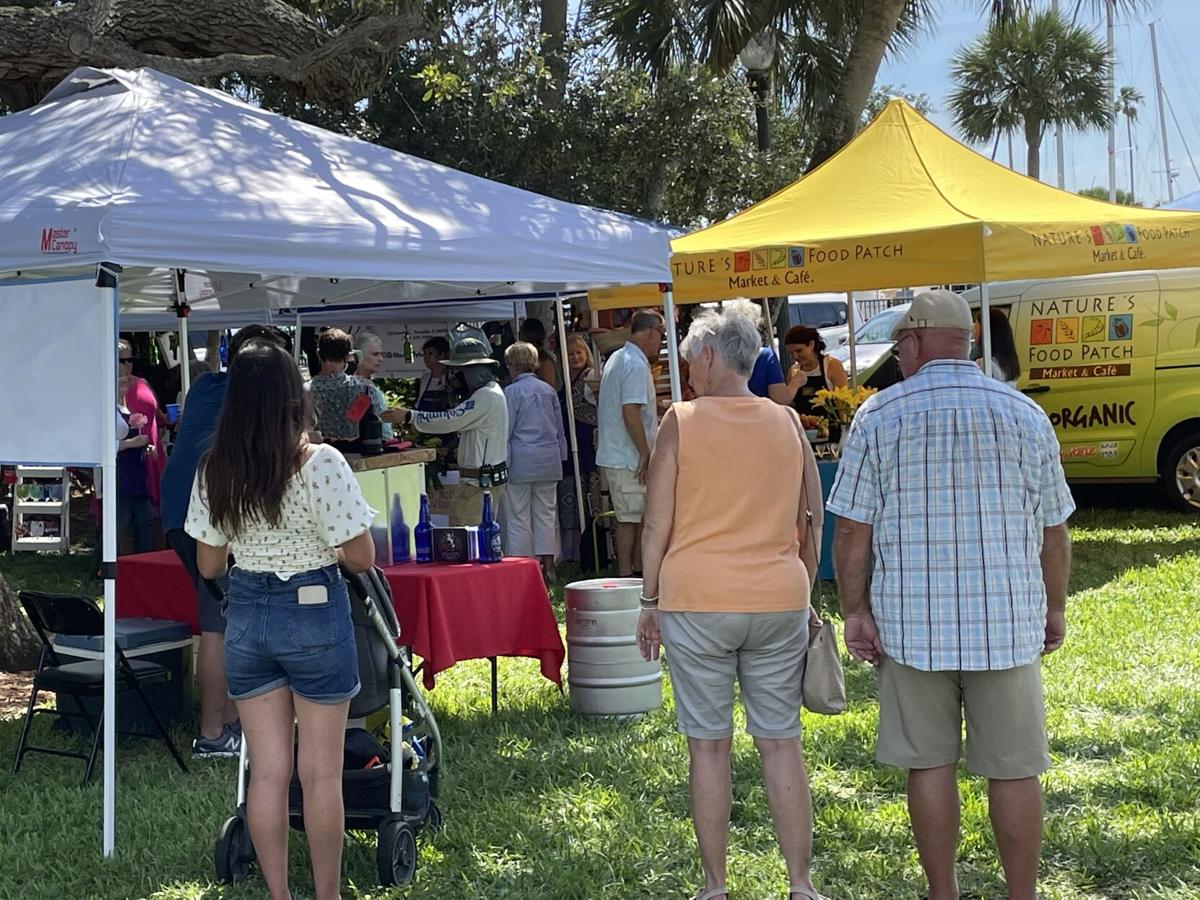 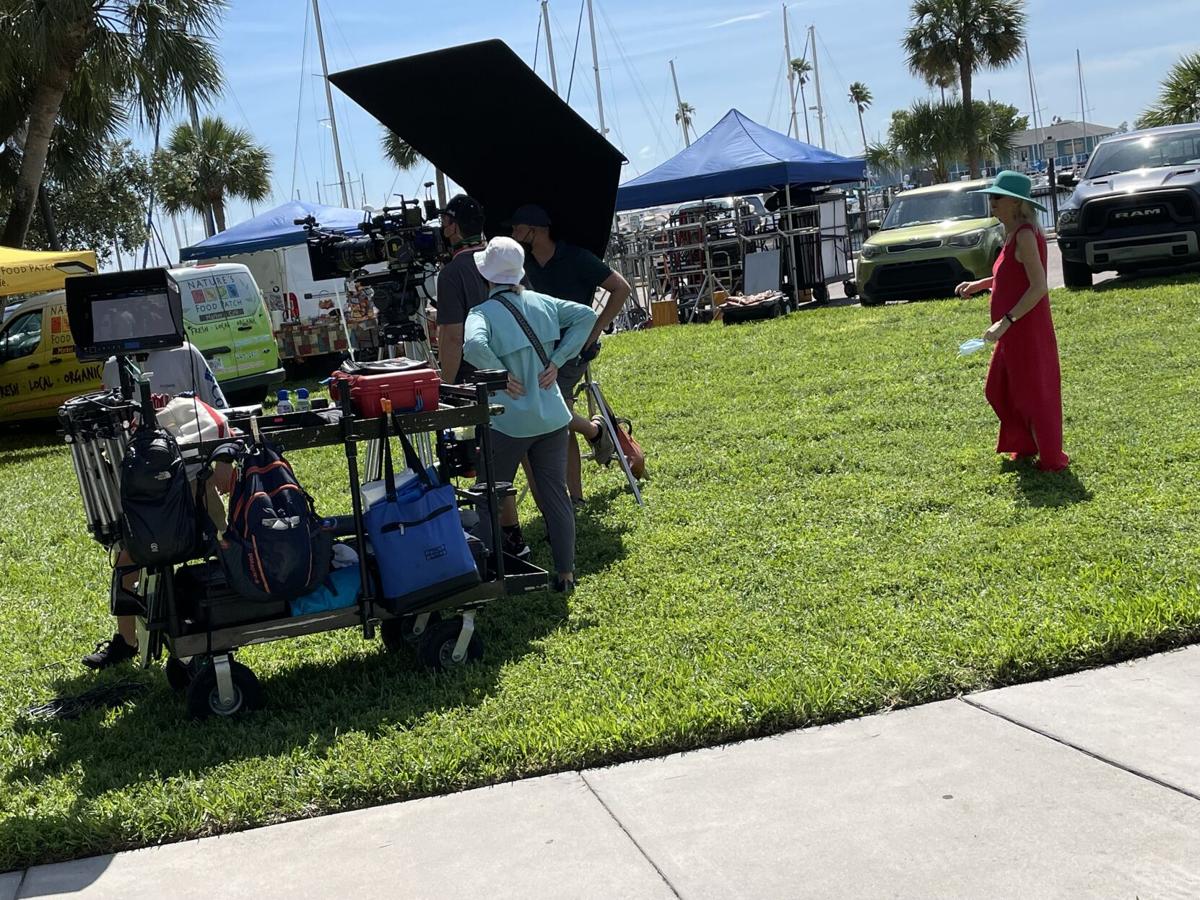 DUNEDIN — It may not have the glitz and glamour of Hollywood, but Dunedin turned out to be the perfect setting for a romantic comedy with a distinct Hollywood flair.

The film, “A Taste of Love,” also has scenes in Clearwater Beach and St. Petersburg but was largely shot in Dunedin’s Edgewater Park, among other spots.

For producers Todd Yonteck, Lincoln Lageson and Erin Cahill (who also plays the lead), Dunedin was the perfect setting for a film about a struggling TV chef named Taylor who (and take a breath here) finds romance when she bumps into her childhood sweetheart during a trip to her hometown while trying to save her family’s multi-generational restaurant by rekindling her father’s love of cooking all the while impressing her bosses at the fictional Culinary Network.

OK, maybe “A Taste of Love” isn’t “Casablanca.” But then what movie is? While “A Taste of Love” may not have the intrigue of wartime Morocco, the movie has a delightful plot with twists that promise to make you laugh and cry with this fun family comedy, producers say.

And instead of Casablanca, the film’s producers thought Dunedin would be the perfect place to film. The adjective “beautiful” always came up during interviews with the film’s creators and producers when describing Dunedin.

“Part of the plot is in St. Petersburg and Clearwater, but we found that Dunedin was a great fit for the story,” said Yonteck, who has produced seven other films. “Dunedin is so picturesque and beautiful.”

Yonteck credited state and local governments, as well as Dunedin businesses such as Sea Sea Riders, for making the shoot a success. The Pinellas County Commission provided $500,000 in incentives to locate the film in the area with the stipulation that filming help promote Dunedin, Clearwater and St. Petersburg.

The film’s co-screenwriters, Miami-born Michael E. Brown and Conrad De La Rosa III, of Tampa’s Digital Caviar, also loved the set and were inspired by the beauty of Dunedin and the cuisine of area restaurants.

“There’s a big focus on food in this film,” De La Rosa said. “It’s a love story but it’s also about loving what you do. We tried to make a movie with heart and soul, and Dunedin is beautiful. We also love the Clearwater sunsets.”

The film has a lot of Hollywood star power. Cahill, who has starred in Hallmark films — although “A Taste of Love” is not a Hallmark film — has also played roles on TV shows such as “How I Met Your Mother,” and “Saving Grace.” She has also had film roles in Hallmark movies like “Sleigh Bells Ring” and “Secret Ingredient,” among the 100 credits in her career.

Martin Kove, who had roles in “Karate Kid” and “Cobra Kai,” will play a lead role along with his son, Jesse, who himself has had roles in movies such as “On Wings of Eagles.”

Elayne Schneiderman Schmidt, a line producer who has been involved in more than 70 projects that include TV’s “Miami Vice” and the film “Up in the Air” with George Clooney, initiated the project, and Cahill jumped on board when she heard Schmidt and Lageson were producing.

Schmidt, who has a unique Hollywood eye, had much the same to say about Dunedin as the others.

“The street views are so pretty,” she said as actors and extras gathered for a late-afternoon scene at a fake park fair complete with stands and vehicles that promote Dunedin.

Tony Armer, film commissioner for Visit St. Petersburg/Clearwater, said the beauty of the area is exactly why he encouraged producers to shoot the film there.

“This is one of my favorite locations,” he said. “We’re showing off the area at its best.”

Filming began July 12 and will finish up in the Dunedin area on July 30.