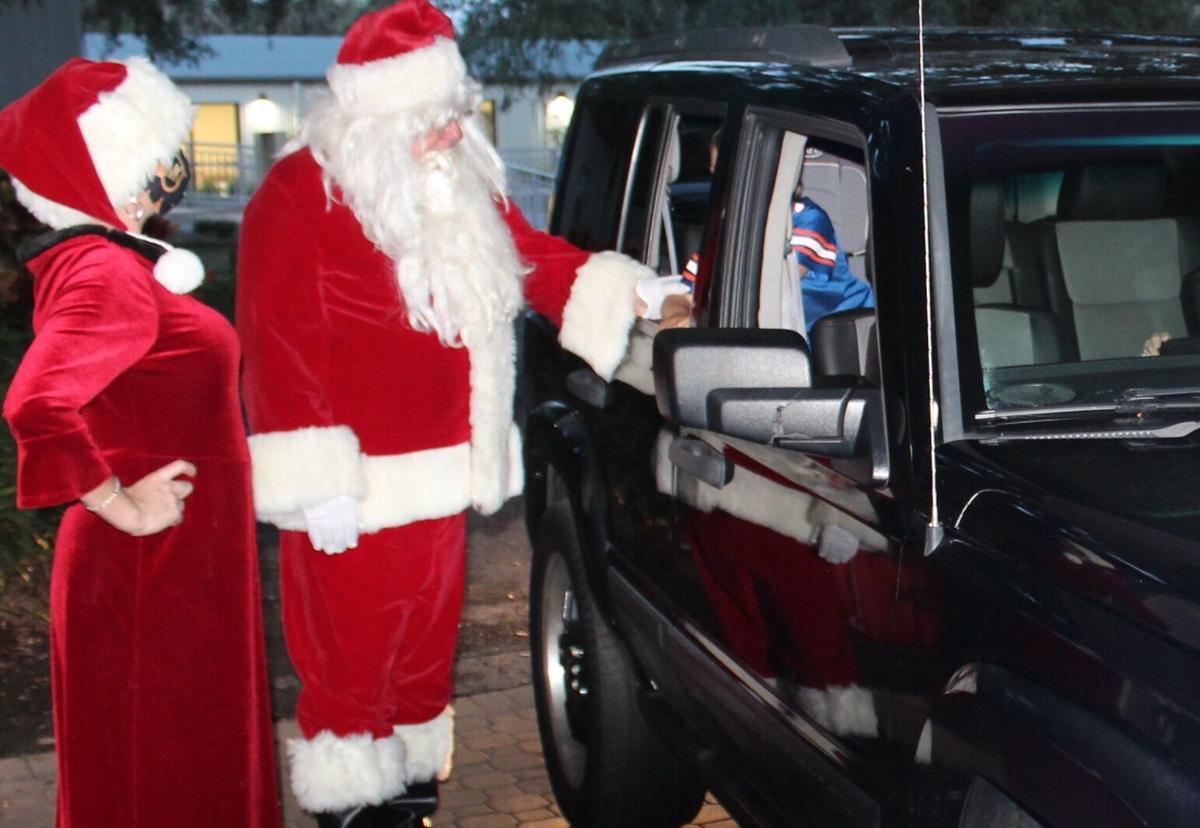 Santa Claus and Mrs. Claus greet recipients of gifts who drive through the portico at the Dunedin Golf Club on Dec. 14. The club has provided presents to more than 600 families during the event over the past 20 years. 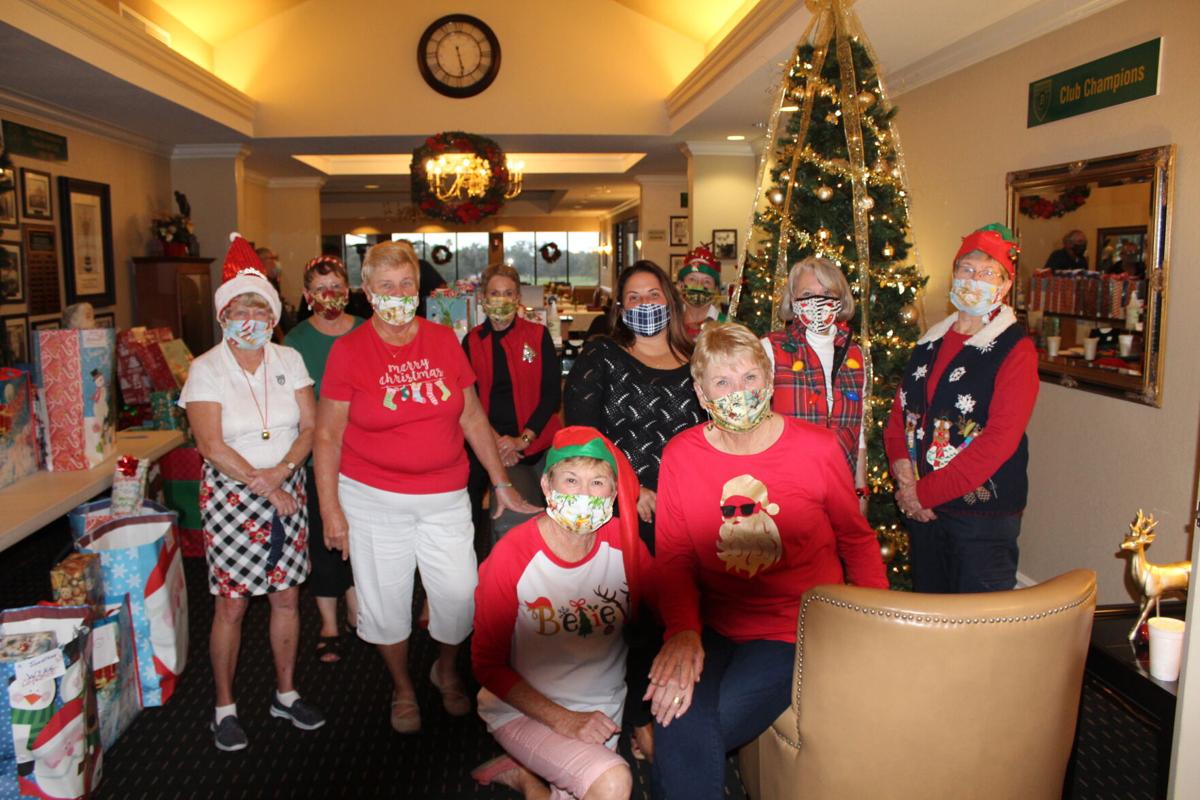 Dunedin Golf Club volunteers embrace the yuletide spirit as they prepare to distribute gifts to families at an annual event held on the premises.

Santa Claus and Mrs. Claus greet recipients of gifts who drive through the portico at the Dunedin Golf Club on Dec. 14. The club has provided presents to more than 600 families during the event over the past 20 years.

Dunedin Golf Club volunteers embrace the yuletide spirit as they prepare to distribute gifts to families at an annual event held on the premises.

DUNEDIN — Even Santa Claus uses a drive-thru now and then.

Every year, Dunedin Golf Club volunteers take aim at making spirits brighter for needy children. They always seem to come through, even in a pandemic, and Santa joins the fun.

The club distributed gifts bags to families Dec. 14. Santa and Mrs. Claus handed the gifts to the families in their vehicles as they passed through the club’s portico early that evening.

In the past 20 years, the club has raised tens of thousands of dollars and provided gifts to more than 600 families. About 38 children from 18 families were expected to receive gifts this year, said Tracy MacMillan, who is on the club’s board of directors. The number is down this year because of home schooling and other issues stemming from COVID19. Typically, 40 to 45 kids get gifts as well as their mothers.

Under normal circumstances, the golf club holds a lively pizza party for the kids and their families in early December, with face painting, cookie decorating, balloon animals, and an appearance from Santa Claus, who gives a big bag full of gifts to each child, MacMillan said.

Volunteers and the club’s staff are involved in the parties.

“This year, to keep it safe, we’re being very creative and doing a drive-through. With so many holiday traditions/gatherings being canceled, we didn’t want to disappoint the kids,” MacMillan said.

Traditionally, the club gets a list of what the children might like and then a group of volunteers go shopping for each family assigned to them. Names of the kids are provided by the city of Dunedin.

“I’ve been lucky enough to do work with the ladies in the country club for years now. It’s awesome to be a part of this,” said Jocelyn Brodhead, interim city recreation superintendent.

The city works to coordinate with the local schools to help identify families, she said.

“Though this year’s a little bit different than it typically is, you can see we are trying to make the most of it and still have an awesome time for the families,” Brodhead said.

This is just one way that Dunedin Golf Club gives back to the community, MacMillan said.

“Many people in Dunedin still think of the club as being private, not involved in the community, but that’s not the case,” MacMillan said.

In addition to helping the kids, the club sponsored a neighborhood blood drive in November that was booked solid. The club donated gift certificates to each donor. Through its Turkey Tournament, the club donated $570 to the Dunedin Cares Food Pantry.

The golf club also is an avenue to create and raise money for many local civic and non-profit groups.

During the initial phase of COVID last spring, the club pivoted quickly to provide take-out meals.

“Residents in the surrounding neighborhoods were delighted to have the convenient access to these meals, as a break from the everyday cooking that we were all suddenly forced into, and the club successfully met the high demand,” MacMillan said.