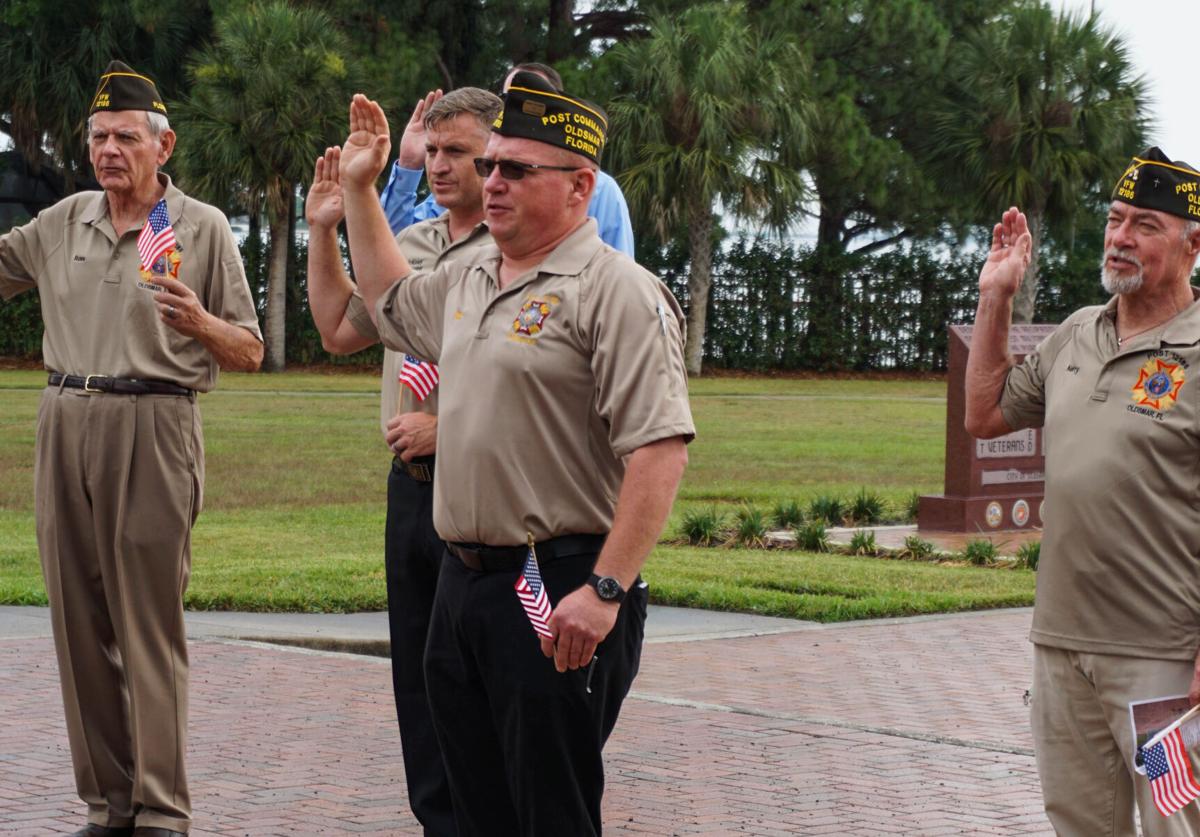 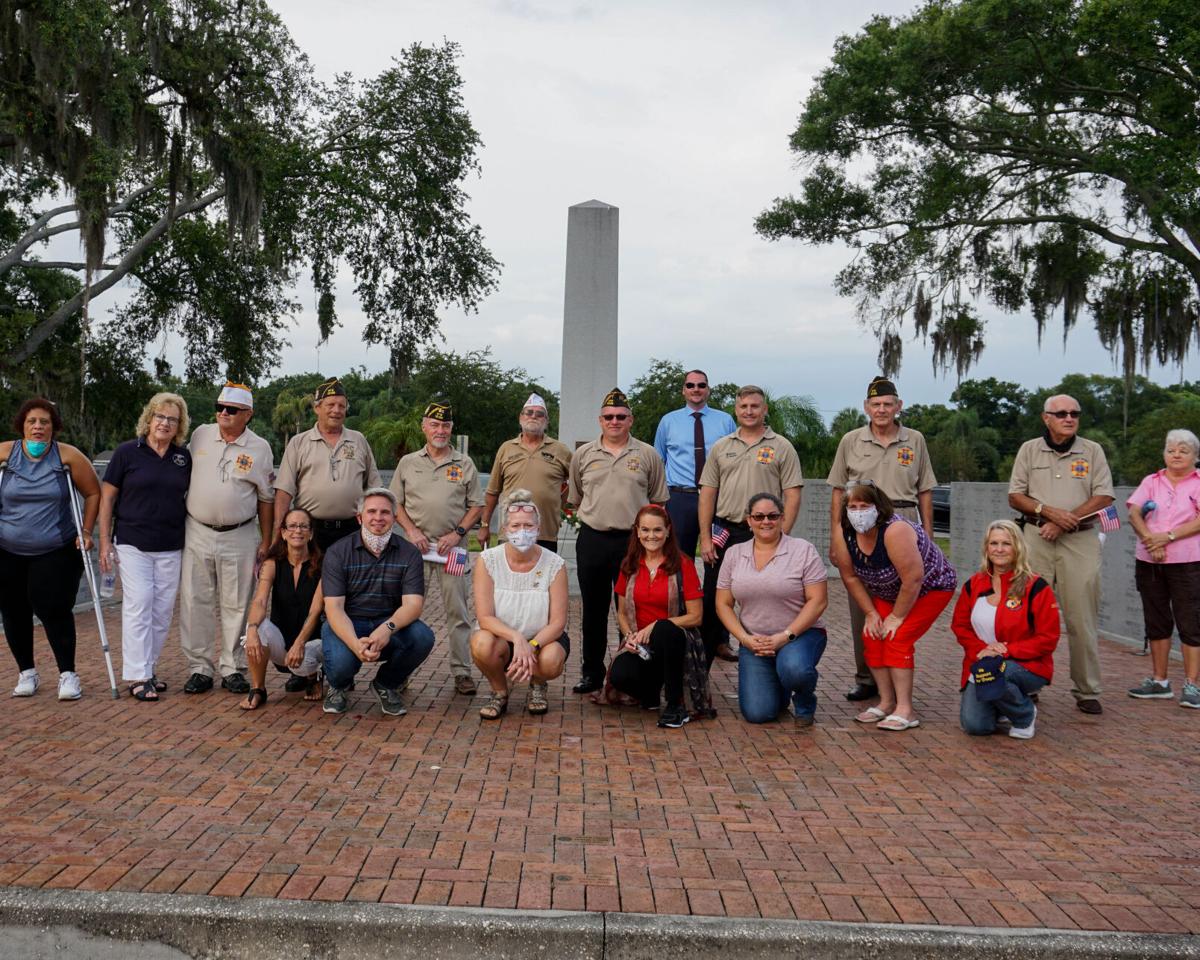 Members of Oldsmar VFW Post 12186 and its auxiliary unit pose in front of the war memorial at Veterans Memorial Park following the post’s official installation ceremony on May 28.

Members of Oldsmar VFW Post 12186 and its auxiliary unit pose in front of the war memorial at Veterans Memorial Park following the post’s official installation ceremony on May 28.

OLDSMAR — Post 12186, the first Veterans of Foreign Wars post in Oldsmar’s 104-year history, has been on a fast track to success ever since it was established by Cmdr. Dave Bear in spring 2019.

Despite meeting in a back room at Jack Willie’s, the post and its auxiliary unit received its official charter within a year while dealing with the complications caused by the coronavirus pandemic, leading Danny Anderson, the Florida VFW’s immediate past commander, to heap praise on Post 12186 and Bear’s efforts to grow the chapter during the official installation ceremony in May.

“To have an auxiliary unit installed in the first year is outstanding,” Anderson said during the May 28 event held at Veterans Memorial Park. “They’re doing a great job and have really come on strong from the start.”

The hard work hasn’t gone unnoticed, as the national VFW organization recently announced Post 12186 and Bear had achieved All-American status, an honor bestowed upon commanders who must meet strict requirements, including exceptional leadership, membership growth and strong support of core VFW programs, according to a press release announcing the recognition.

“Commanders like David Bear are a fine example of VFW leadership, and it’s their hard work and dedication to the mission and values of our organization that has rightly earned them this great honor,” VFW Membership Director Rick Butler said. Noting Bear, a Gold Legacy Life member, is one of 251 VFW Post commanders worldwide to earn the title of All-American Commander, the release stated, “His hard work played an integral role helping the organization successfully remain focused on its service to veterans amid the COVID-19 pandemic.”

While he doesn’t like to take all the credit for the success, Bear said he was honored the post received such a prestigious designation.

“I am very happy at the success of VFW All American Post 12186 Oldsmar,” Bear said via email Sept. 1. “All American is one of the highest achievements in the VFW. It is an effort by everyone within the post that makes it happen. A true team effort.”

Bear noted they “were able to accomplish this goal as not just a new post but under the conditions of the pandemic that really put us at a disadvantage to meet some of the goals that are easier for established posts. It reaffirms that members of VFW All American Post 12186 and its newly formed auxiliary are doing the good works the VFW and the citizens of Oldsmar expect of us. We are looking forward to doing even more this year.”