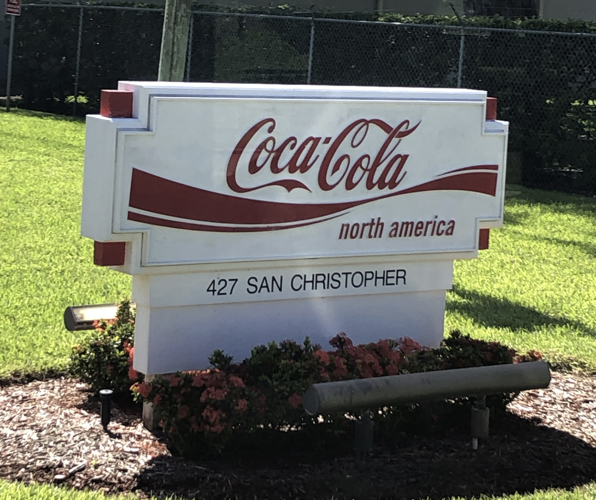 The Florida Department of Environmental Protection is investigating whether an Aug. 1 spill of 300 gallons of apple juice at the Coca-Cola bottling plant in Dunedin may have killed bass, bluegill and tilapia residing in a retention pond at the 27-acre facility. 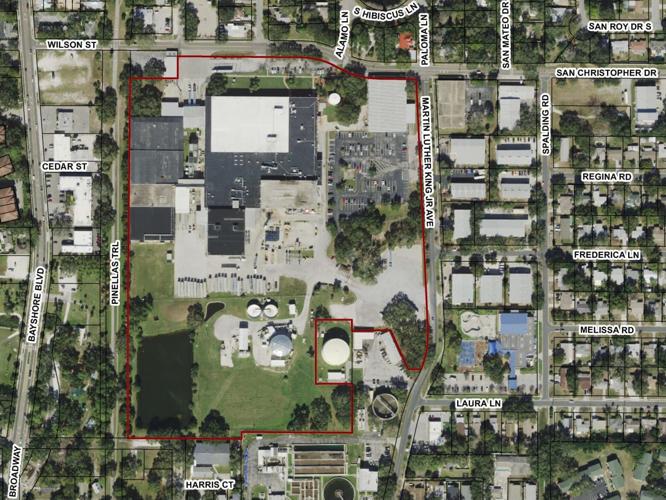 The Florida Department of Environmental Protection is investigating whether an Aug. 1 spill of 300 gallons of apple juice at the Coca-Cola bottling plant in Dunedin may have killed bass, bluegill and tilapia residing in a retention pond at the 27-acre facility.

A refreshing apple juice on a hot summer day is a good ol’ fashioned treat, but too much of a good thing might be a problem — particularly if you happen to be a tilapia or a largemouth bass.

The Florida Department of Environmental Protection continues to investigate the Aug. 1 spill of 300 gallons of apple juice at the Coca-Cola bottling plant in Dunedin that may have killed bass, bluegill and tilapia residing in a retention pond at the 27-acre facility at 427 San Christopher Drive, according to Alexandra Kuchta, a spokesperson for DEP.

Kuchta said the department is analyzing water samples to determine if the juice, which escaped from a ruptured tote bladder during unloading from a truck, caused the acidity of the water in the pond to reach a level that could have killed the fish.

She said several factors are being considered to determine if punitive action against Coca-Cola will be taken, though she said while apple juice isn’t something one wants in a retention pond, “it isn’t like it’s raw sewage.”

Quick action and self-reporting of the incident are among the factors the DEP takes into consideration, said Kuchta, and it appears Coca-Cola moved quickly once the dead fish were noticed.

According to the account of the incident given to the Florida Fish and Wildlife Conservation Commission by Robert Wagner, a manager at the Coca-Cola facility, Wagner was alerted to a “large amount” of dead fish in the pond the morning of Aug. 3 and called in environmental company the Lake Doctors to investigate. He said the Lake Doctors stated hot weather and low water levels had caused some fish kills in the area of late, but Wagner later that day learned of the juice spill two days earlier on Aug. 1. He also noted in his account that the retention pond discharges into nearby St. Joseph Sound.

As it was now suspected the spill may have killed the fish, FWC turned the matter over to DEP, said Melody Kilborn, spokesperson for the FWC southwest region.

Darla Burge, Coca-Cola director of environmental safety in Atlanta, said the spill was of a “non-hazardous” substance and it was “contained on-site.” She noted the retention pond does discharge to St. Joseph Sound, but only when it overflows. Due to hot, dry weather, the pond was and remains well below its flood level, so no pond water has been discharged, Burge said.

Burge said it is too early to know, but the low water levels, high water temperatures and likely low dissolved oxygen levels in the pond water could have caused the fish kill — or perhaps weakened fish that might otherwise have tolerated the apple juice.

Burge said a crate containing the apple juice broke during unloading, rupturing the tote inside and causing the juice to spill onto the ground and enter the drains that lead to the pond, which is just north of the city’s wastewater treatment facility. She said there have been no similar incidents at the Dunedin facility and that Coca-Cola is working closely with DEP on the matter.

Coca-Cola announced in early 2020 that it will be closing the plant in late 2022 and moving to a new facility in Bartow.

The company has used the location as a bottling facility for orange juice and water since the 1940s, but, according to reports, it is now considered outdated and in need of infrastructure improvement. Since the announcement, the city, which considers the 27-acre site to be a prized piece of real estate near its downtown and the Pinellas Trail, has been exploring possible redevelopment opportunities.