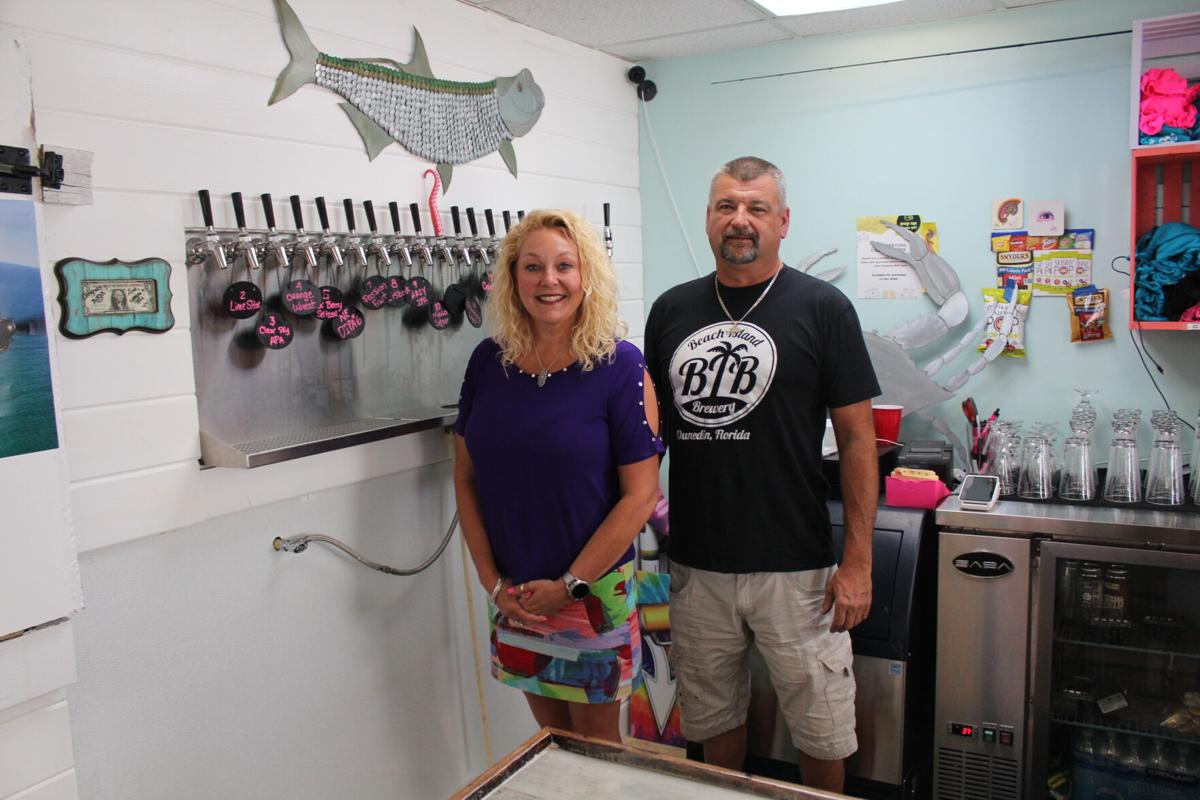 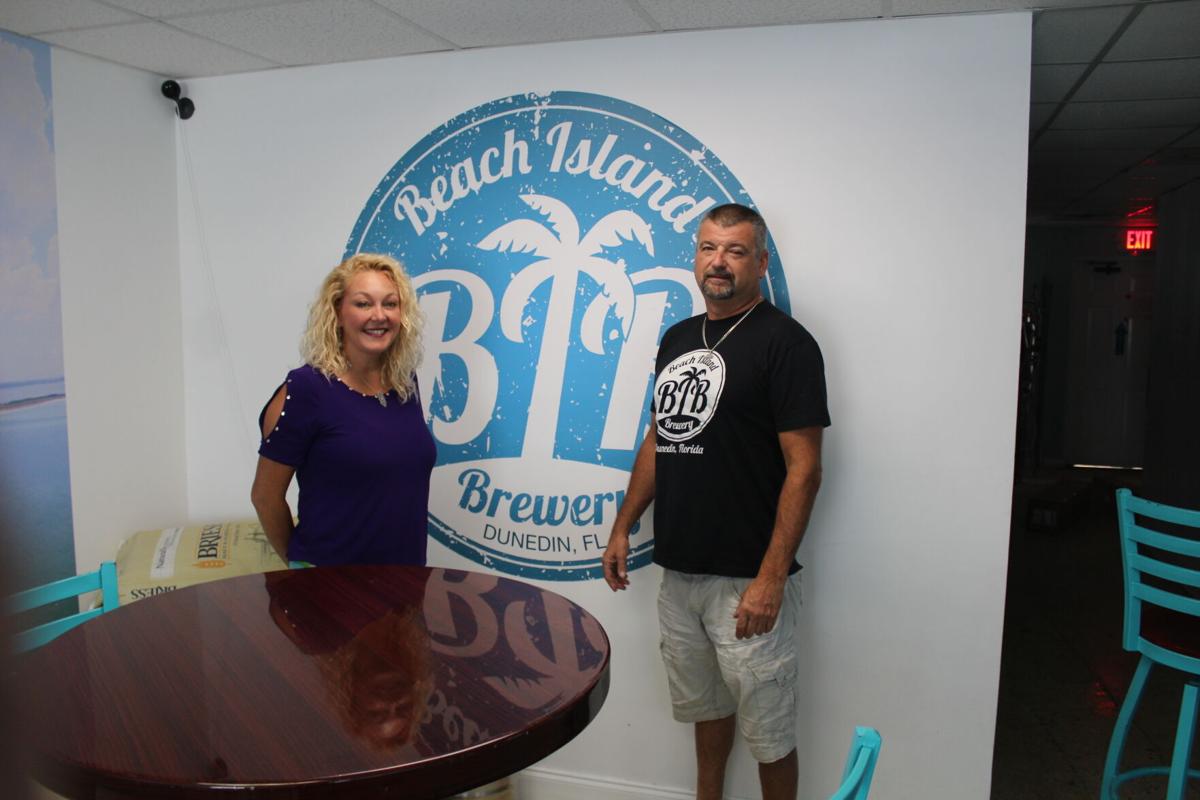 DUNEDIN — It's a good problem for a new brewery to have — keeping up with the demand.

Gaughan said he couldn't be happier with the success of his new 12,000-square-foot brewery, which had a soft opening in April.

"This is a neighborhood locals spot," he said. "No signage on the road. Ninety percent of the people in here already I know by name," said Gaughan, who was born and raised in Connecticut. "They live in walking distance. Very, very local," he said.

Gaughan, who worked 28 years in the corporate world, is retired and has been in Dunedin for three years with his wife, MaryLu, who also is involved in the business.

He has been passionate about brewing for decades and has thousands of recipes for beer.

"I'm a big cook. I love cooking and beer is just another avenue to go," he said. "I worked at places, I volunteered at places. I've brewed with people for many, many years and it taught me a lot of stuff."

The brewery has 20 taps, which is an aggressive amount for a small two-barrel system, he said.

"I started off I had several lagers, and they disappeared rather rapidly. I have five IPAs. A couple of different stouts, porters. We sold out of everything I had. Basically, this is another run," he said.

Among the popular flavors he had was a chocolate vanilla porter that sold out swiftly.

He plans to always have IPA staples and dark beers among other brews.

"I'm a dark beer guy as well as porters and stouts," Gaughan said.

The father of four children, Gaughan said his daughter actually discovered Dunedin while they were in the area on vacation in Clearwater. She pointed out that nearby Dunedin had several breweries close to each other.

"That's pretty much all it took," he said.

Gaughan said he has been fishing all over the world — another reason why he loves this area.

"I'm a fisherman by heart. So I love fishing. I live in an aquarium. It's beautiful out here. It's tropical, it's gorgeous, the islands," he said.

And his bar's motif, which includes lures and flies, is evident of his passion for fishing. MaryLu has a leading role in the bar's operations, too.

"She's in full swing. Anything you see with color, design, Koozies, shirts. She's been bartending," he said.

Though people have been telling him to open up a brewery for about 25 years, raising his four kids and having a stable job was more important.

"At the time I couldn't risk the gamble," he said.

But once he retired, he was fishing on his boat every day and his wife encouraged him to do some kind of work, he said.

The community has been supportive of his efforts, he said, and the fact the area has so many breweries didn't discourage him from opening the Beach Island Brewery.

"That's called cluster brewing. And it's a very, very big draw. If breweries open up right next to you, you couldn't ask for anything more," he said. "Even if it was competition, what's better than to have your competition next door to you," he said. "No one comes to one brewery.”

The brewery is open Thursdays at 5 p.m., Fridays at 3 p.m. and noon on Saturdays and Sunday.

"To be able to have enough time to enjoy it," he said. "Hopefully, this is my retirement. I'm working seven days a week. So I don't know how smart this retirement is, but we are very busy."

He plans to get more help so he can concentrate on brewing, take a break when he wants to take a break and enjoy the area.

And he's found his happy place.

"We love Dunedin. I can't tell you how good this place has been. The neighborhood here, the people in this area are just really fantastic," he said.