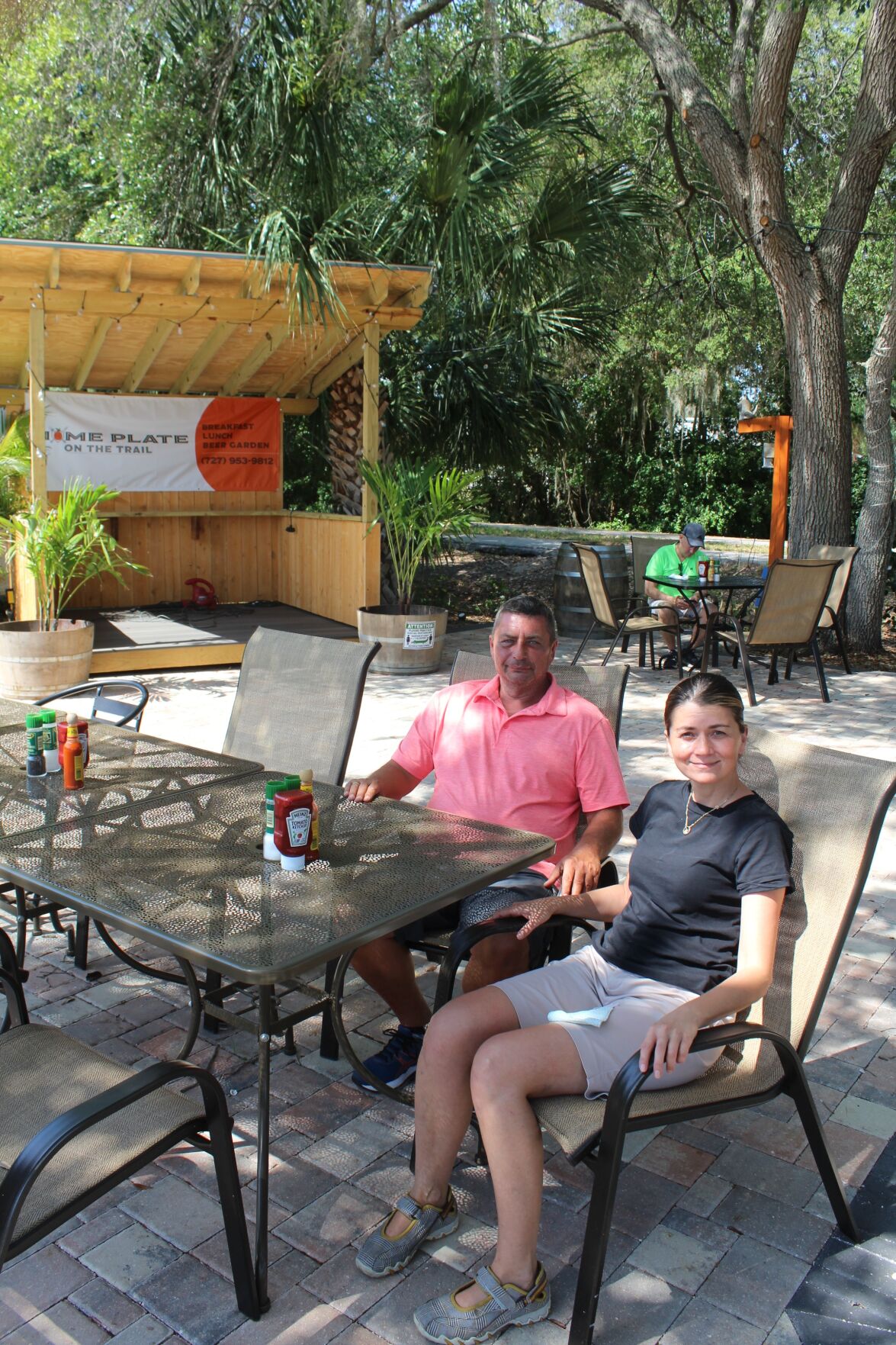 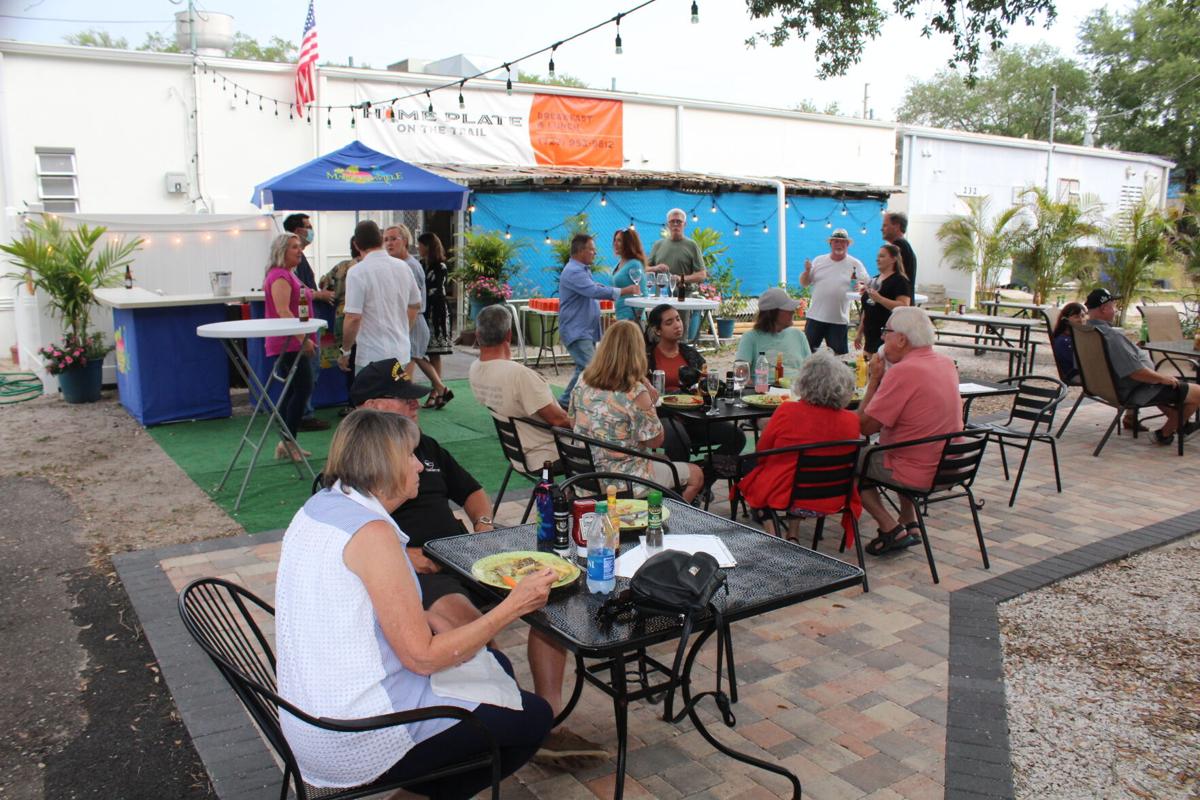 Business leaders, city officials and others attended an opening event April 16 on the new patio of Home Plate, a longstanding restaurant at 234 Douglas Ave. The patio abuts the Pinellas Trail. The owners of the restaurant are Moni and Ralph Kleinschrod of Dunedin. 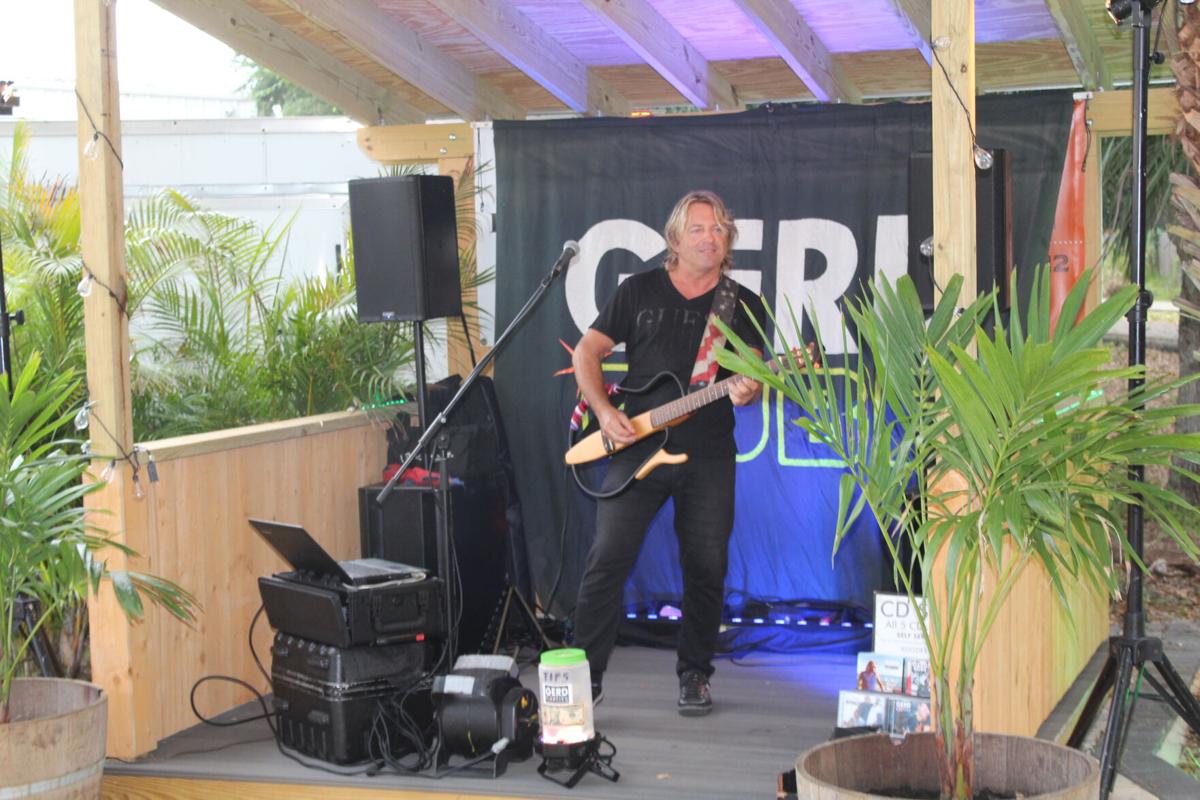 Business leaders, city officials and others attended an opening event April 16 on the new patio of Home Plate, a longstanding restaurant at 234 Douglas Ave. The patio abuts the Pinellas Trail. The owners of the restaurant are Moni and Ralph Kleinschrod of Dunedin.

But he and his wife, Moni, do know a thing or two about being in the hospitality business that apparently has served them well. The owners of Home Plate, a restaurant steps away from where the Toronto Blue Jays play ball, say they have lot of patrons and are staying busy.

The Kleinschrods hail from Ochsenfurt, a town in Bavaria, and they seasoned the menu at their restaurant at 234 Douglas Ave. with some German cuisine while also serving traditional American dishes.

They have lived in Dunedin since 2006, calling themselves former snowbirds who were in town from November to April.

"We came from an area that had the best wine," Ralph said. "We had a hotel and restaurant there for 33 years."

So much for that; he got bored.

While they were in Germany, they learned about an opportunity to buy the Home Plate restaurant via a phone call from a friend in Dunedin on a Friday in February 2020.

Coincidentally, Ralph said he was flying to Dunedin the next Monday.

"We saw this place on a Thursday. We didn't really search for a place," he said.

It looked good, Ralph said, except for the backyard, and they saw the restaurant's potential.

"It was good location," he said.

Now the couple, who have owned a house in Dunedin for 10 years, have little time for hobbies because business has been so good at Home Plate.

The Kleinschrods take pride in recently opening "a brand new backyard" patio with 45 seats outside for patrons.

"Directly on the trail. You cannot believe how many bicyclists come on the weekend. It's crazy."

Knowing that the Kleinschrods are from Germany, a lot of people asked for German food.

"Everybody is coming and saying, 'Can you do this?'" Ralph said.

And he said they could.

Schnitzels are popular among patrons. Among other German items on the menu are Bavarian Weisswurst with two mini pretzels. Crepes and bratwurst also are offered.

"All the locals are very happy with us," Ralph said. "They are so unbelievably friendly. Everybody helps, and everybody is coming and talking."

On Sunday, groups come to the restaurant.

"They drive up from Sarasota, and from Tampa. It's just unbelievable," Ralph said.

Of course, Home Plate offers traditional breakfast fare, such as southern grits and cheese. A popular dish is the farmers breakfast, which comes with home fries, onions, pickles, sliced bratwurst, and bacon scrambled in with eggs.

Also served are burgers, sandwiches, salads, desserts and other offerings. A new menu will be introduced soon.

The Kleinschrods are now permanent residents of Dunedin and have a 29-year-old daughter who visits them each year.

The restaurant has been in operation for 30 years and the new owners have found their niche.

Moni loves to cook and enjoys her work. Ralph calls her a food artist.

"This kind of job is not one day like the other one. You don't get bored. That's the good part," she said.

Baseball fans continue to come to Home Plate before games at TD Ballpark on Douglas Avenue.

"Germany is soccer. They have no idea about baseball. All my friends they try to teach me baseball now, so I have to learn this," Ralph said.

Suffice it to say, he's covering his bases.