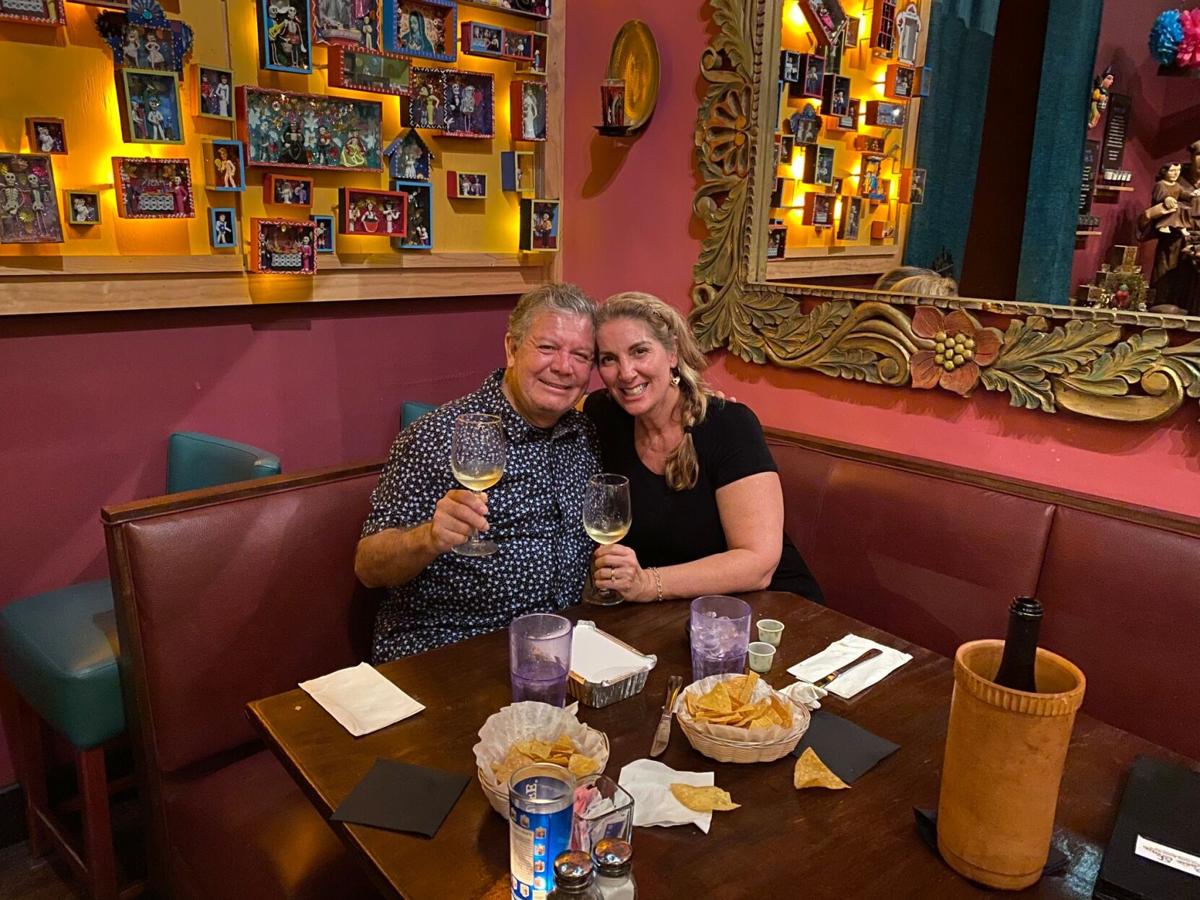 Tina Avila and her husband, Javier. 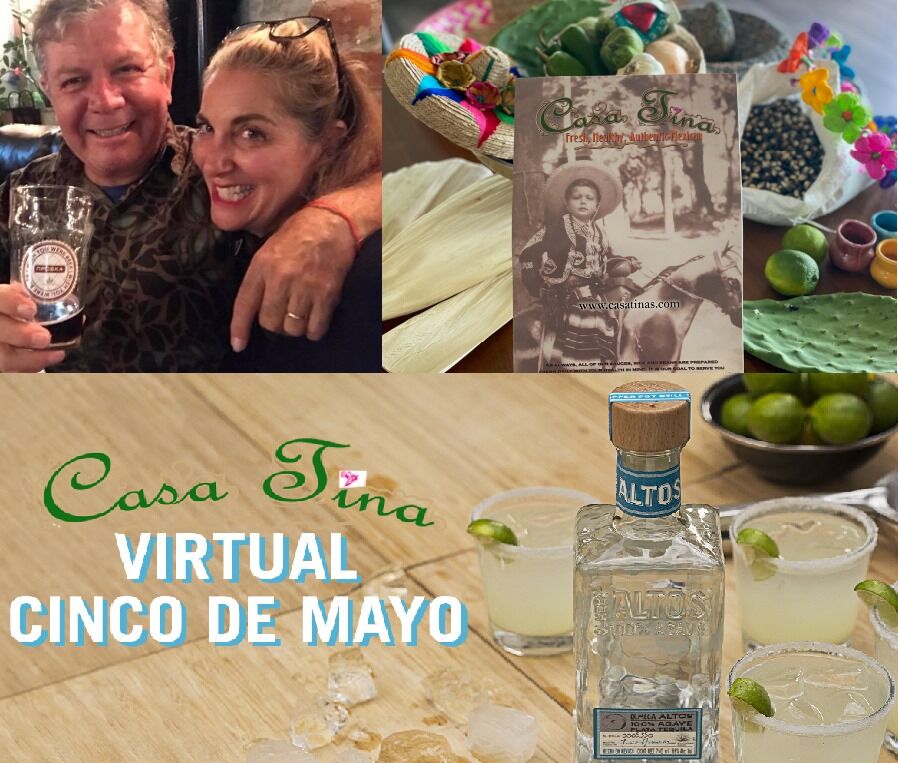 Casa Tina’s Mexican Restaurant was forced to hold a Virtual Cinco de Mayo because of the coronavirus pandemic.

Tina Avila and her husband, Javier.

Casa Tina’s Mexican Restaurant was forced to hold a Virtual Cinco de Mayo because of the coronavirus pandemic.

DUNEDIN — If having to revamp your entire business model, create new health and safety standards, all while adhering to new social distancing guidelines, were not enough for local business owners to worry about, imagine having to do all of that in the face of angry, defiant and abusive customers.

All because of a mask.

That’s the reality for some Dunedin business owners as they work to navigate America’s latest culture war between those who are willing to adhere to the mandated mask requirements and those who absolutely refuse.

Business owners tell stories of being targeted on social media for an attack and then having anti-maskers come into their restaurant or retail business to disrupt when asked to don a mask. Some anti-maskers adamantly refuse and loudly argue about their rights not to wear a mask, or vehemently assert the virus is a hoax, while others shout.

Some claim they have health issues, are being discriminated against, and threaten to sue under the American’s With Disabilities Act. Then, when asked to leave, post nasty comments about a business on social media.

Tina Avila, who with husband Javier own of Casa Tina’s Mexican Restaurant and Pan Y Vino, has seen and heard it all. Nearby local business owners came together to stand watch, along with Pinellas Sheriff deputies, when she learned her eatery was going to be targeted by anti-maskers.

The struggle against the virus began the second week in March, right before St. Patrick’s Day, when the city called a meeting to discuss how coronavirus would affect downtown businesses. Avila recalled on her birthday, March 18, she burst into tears deciding to take a pause and temporarily close Casa Tina’s for the first time in 28 years; they needed the next six weeks to regroup and decide how to protect against the virus.

“We were afraid people were not going to take the virus seriously and some still don’t,” she said.

By May 5, Casa Tina’s held a virtual Cinco De Mayo offering takeout delicacies, while celebrating the fiesta on her Facebook page. It was a far cry from the huge popular street fiesta the eatery holds every year that attracts thousands of revelers, but the spirit was moved online.

“Restaurants operate at a low profit margin anyway and we are still operating at a loss, but we will make it,” she said.

Now with strict health and safety mandates for restaurants and businesses, owners are now burdened even more with the task halting of the spread of the virus

Avila said they are taking the virus very seriously to protect their health, and that of their staff and patrons. Sanitation is of utmost importance, tables are spaced apart, and everyone is required to wear a mask.

“We have to stay strong and remember we can get through this, but this can go away a lot quicker, it’s so simple; wear a mask, wash your hands and socially distance,” she said.

Still some patrons still want to argue a point for which there is no debate — wear a mask when not directly eating or don’t come into the restaurant.

Casa Tina followers join her daily Facebook chats and visit the restaurant to buy their favorite takeout dishes; some loyal customers are starting to return to dine at their outdoor patio, as long as the weather remains pleasant, or at indoor tables.

Due to the big decline in downtown visitors, the restaurant’s schedule has been reduced, with lunches having to be eliminated. Casa Tina’s operating hours are now; Tuesday-Thursday and Sunday from 5 p.m. to 9:30 and Friday and Saturday from 5 p.m. to 10 p.m.

Like all restaurants downtown, Avila said they continue to struggle to keep up with rising food costs, paying their bills and supply shortages. They had to reduce staff from about 90 to 50 employees. Still many of their longtime staff have remained.

Recently, Tina said they decided to offer their own home delivery service within the Dunedin area. When people use an outside delivery service like Uber Eats or Grubhub, she explained, their drivers get the tips and she wants to her employees to reap the benefits of take-out or delivery.

The good that has come out of this is “we’re all banding together downtown even better than before,” she said. “Many business people are making partnerships; that’s the greatest thing we can do in the downtown is lean on each other.”

For example, coronavirus has greatly negatively impacted what was a thriving craft brewery industry downtown. The problem is to allow seating a brewery must also provide food and many do not. The Florida Craft Brewing Industry wrote a letter to Governor Ron DeSantis stating; “We need your help. The entire craft brewing industry is now in jeopardy. For the first time in recent history, the number of craft breweries have decreased in number. It is our fear this trend will rapid accelerate, if we do not find a way to balance the health of our community, with the economics of our industry.”

The letter explained; “being allowed to only serve to-go beer, constitutes only 10 percent of sales and is an untenable model for our industry.” They asked to be treated under restaurant rules.

Some restaurateurs have come to the aid of craft brewers by partnering with them to sell some of their dishes. Among those helping each other, Casa Tina is selling chips and salsa with tamales at Reboot Dunedin, an arcade bar on Scotland Street downtown. Caledonia Brewery partnered with Side Piece to offer tapas foods. Q Southern Barbecue partners with Soggy Bottom Brewing Company and Woodwright Brewing Company held a fundraiser for the Dunedin Historical Society Museum.

Avila expects the effects of the virus on downtown business will be felt until the new year.

Meanwhile, she hopes those who support downtown will visit local shops or restaurants — and remember to wear their masks.

“When everything is better again, we are going to have one huge party,” she exclaimed.