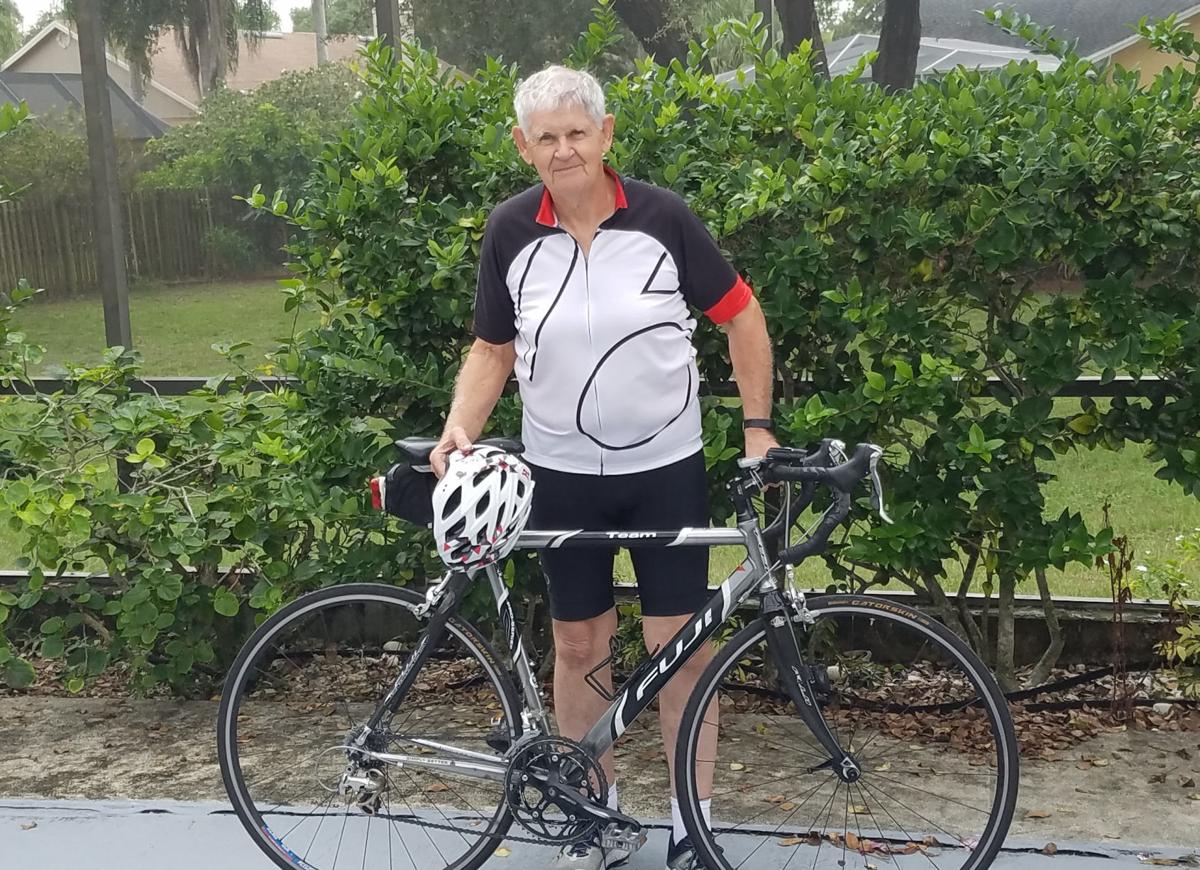 A biking enthusiast, Morris McDonald, 82, has ridden nearly 30,000 miles on the Pinellas and Suncoast Parkway trails. 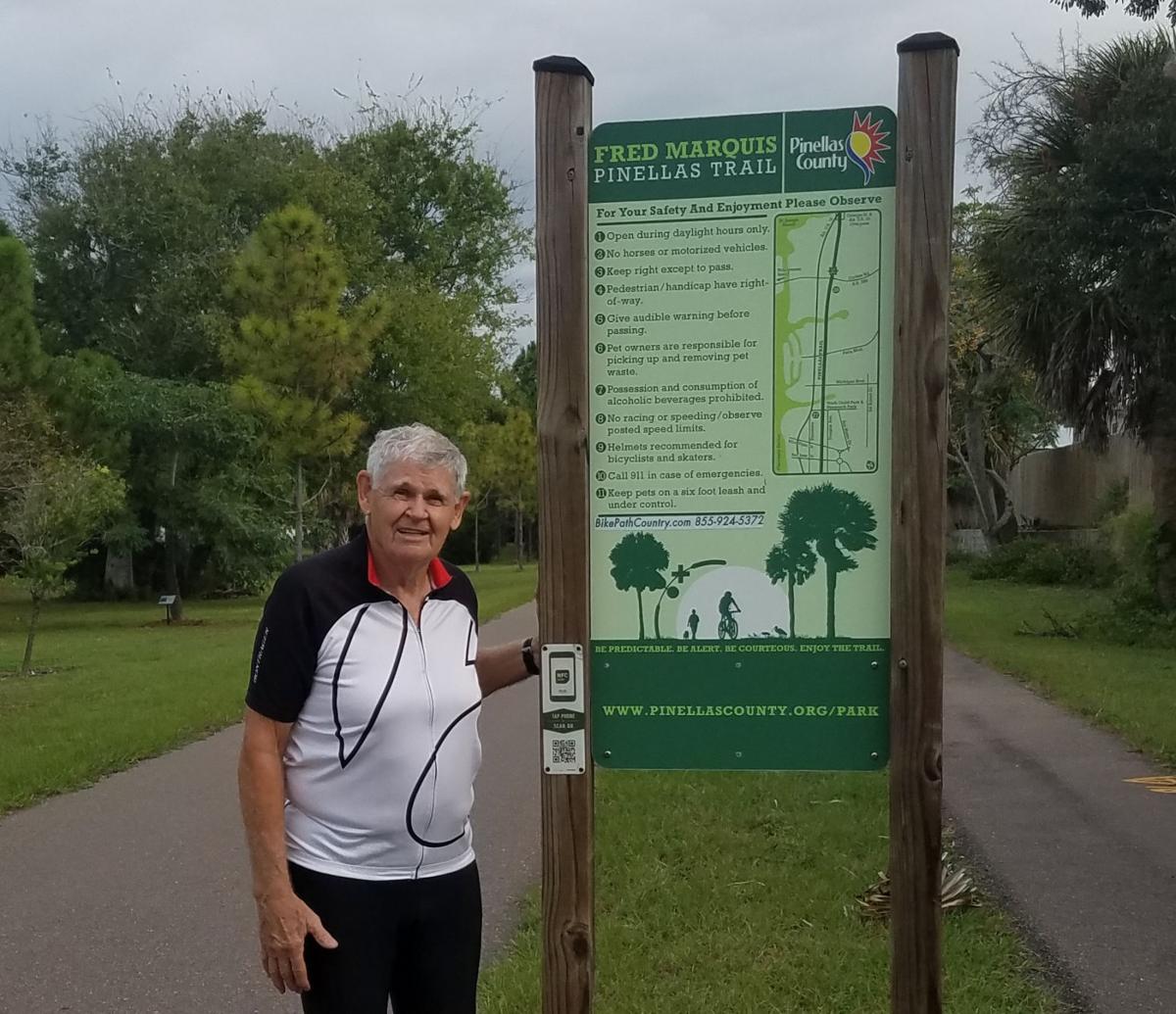 Morris McDonald attended a ceremony for the 20th anniversary of the Pinellas Trail In 2010.

A biking enthusiast, Morris McDonald, 82, has ridden nearly 30,000 miles on the Pinellas and Suncoast Parkway trails.

Morris McDonald attended a ceremony for the 20th anniversary of the Pinellas Trail In 2010.

Cyclists call it “ride your age,” something he has done for years.

The Palm Harbor pastor has ridden so far and for so long, by mid-November he will have traveled more than 30,000 miles by bicycle on the Pinellas and Suncoast Parkway trails.

“I never imagined anything like that, actually,” he said, about reaching the milestone. “And I never met anyone who kept close tally on their miles who reached that. I’m sure there are many, because there are so many people who use the Pinellas Trail,” he said.

He uses an odometer to keep track of his distance, usually riding three times a week and averaging 15 to 30 miles per trip.

Suffice it say he was exhausted after the 82-mile trip.

“It was a one-day thing,” McDonald said. “It happened to be a cloudy day, and it was not too warm.”

He rode 42 miles, rested, ate lunch and completed the rest of the trek. Since his muscle tone is good from riding so much, he was not sore.

“Obviously, you are depleted,” he said, though adding that he takes a lot of fluids, such as Gatorade, protein shakes and other nutrients to help his body recover from his rides.

“I have done rides along the Courtney Campbell Causeway when it’s 100 degrees,” he said. “Every 15 to 20 minutes, I had to take a sip of water.”

When McDonald moved to Palm Harbor in 2000, he bought a bicycle and rode around his neighborhood. He came to the conclusion that it was foolish not to take advantage of the Pinellas Trail since he lived two miles from it.

“It’s such a wonderful asset we have here. And many people do use it. I love to see families out. Everybody has a bike. The boys, the girls – the mom and dad,” McDonald said.

He has owned 8 to 10 bicycles, admitting to going through them quickly. These days he rides a Fuji Team bike.

In June, McDonald stepped down as pastor of Suncoast Bible Presbyterian Church in Palm Harbor after serving in that position for 19 years. He is now the assistant pastor.

Besides keeping in shape by riding his bicycle, McDonald also strives to keep his mind active, saying that he is an avid reader.

He’s been to 15 countries through his work in the ministry, often wishing he could have taken bike trips along the way.

Nevertheless, he has fond memories of what he has seen, such as wildlife — osprey, gopher turtles and other species. On the Withlacoochee Trail, he has seen black bears but keeps his distance, noting they “can outrun a bicycle.”

He also enjoys the Suncoast Parkway.

“It’s well managed; it’s kept up nicely. And it’s about a 40-mile ride there,” McDonald said.

McDonald finds satisfaction in the discipline of getting out of bed well before daylight for his bike trips.

“Getting yourself ready. I have a certain routine I go through in the morning. As soon as there is the first glimpse of daylight, I’m out on the trail. It’s very easy to lie in bed sometimes and I think ‘I’m not going to do it today.’ But I manage to do it,” McDonald said.

“Everything’s a plus,” he said.

Pinellas County’s COVID-19 cases count climbed to nearly 57,000 with Florida Department of Health reporting 371 more on Jan. 23 to bring the total to 56,935. Four more residents have died due to the novel coronavirus, upping the death toll to 1,224.