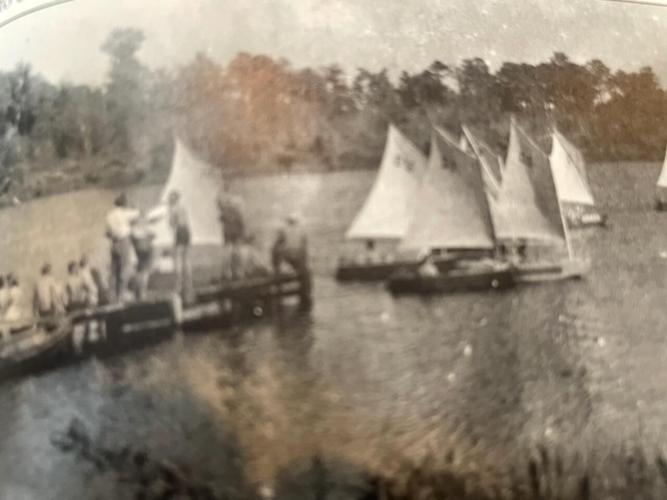 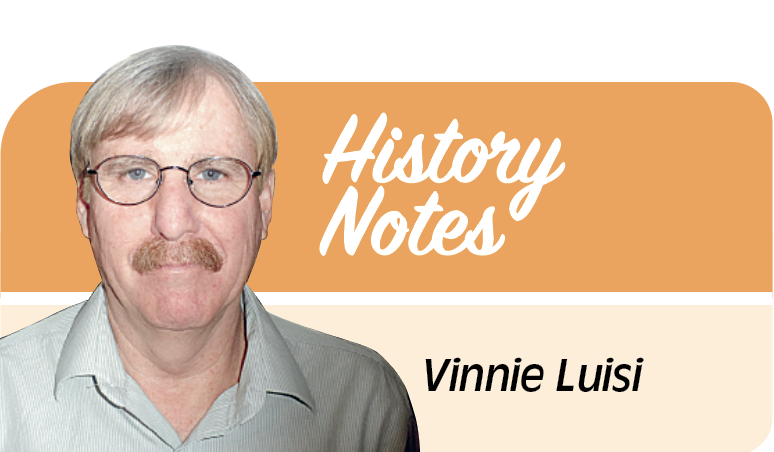 The city of Dunedin through the years has been exceptionally good at acquiring and preserving valuable green space for recreation and nature preserves. These properties include Honeymoon and Caladesi Islands, Highlander Park and its surrounding area, and Hammock Park’s hiking and nature trails.

Also, there is now Weaver Park, which is used by families, for musical concerts, and great sunsets. Now the city and its partners have acquired the Gladys Douglas preserve of natural beauty, historical and archaeological remains, and future hiking trails. Included with this recent acquisition, the city commissioners made a unanimous decision to buy the adjoining 80.4 acres consisting of Jerry Lake for $495,000, making the recent acquisitions 125 acres for recreational public use.

As this writer looked for the answer to the question it turns out the answer is not that easy to explain. History goes back regarding this lake as early as 1846. A map of Township 28 includes the territory of the future Dunedin, which was not even named until 1878 when the first post office was established.

In an early story found regarding Fort Brooke in Tampa, there is a description from military soldiers of traveling through the area to get to Fort Harrison. The report goes on to say that “there is a generous size lake with a bountiful number of fish and game,” but the 1846 map does not record the lake’s name.

In 1848, the location of Dunedin had its first recorded homesteaded land deed by Richard Garrison, who was given the land for serving in the military during the Seminole Wars. It was not until the 1850s that other individuals staked land claims but were not officially deeded until they had paid for the land without the use of the Homestead Act.

According to an April 1920 issue of the St. Petersburg Times, some of the “old cracker pioneers” of Dunedin who arrived after 1848 included an Arion and J. Dion, Parson Nigles, James Someville, and J.O. Douglas. Research in ancestry.com and military records did not produce any information on these individuals that help to identify our first “Jerry” in the territory. And early records only showed recorded property held by the Nigels, Somerville, and Douglas families.

In 1870, a Mr. Bartemus M. Brown, one of the original 12 major landowners in the area, had an official deed signed by President Ulysses S. Grant that indicated he owned the property near the lake. In the mid 1870’s, Brown donated 10 acres, near the north high grounds of the lake, to be used as a church cemetery and the future Presbyterian Church, “Andrews Memorial Church,” which would be consecrated in 1878.

It would in early 1885 that Brown would sell his lakeside and grove property to a Mr. Adolphus Emerson, who purchased it for his family to tend the citrus groves and try to make a living. Once the property by the cemetery and lake was taken over by the Emerson family it would be known as the Emerson Grove.

In a 1950 edition of the Dunedin Times, Adolphus Emerson’s son Fred told the history of his family property, and that the lake already was known as Jerry Lake at the time it was purchased.

Research continued at the museum, and a map of Dunedin was found dated 1882, showing two roads in the direction of Tampa and Safety Harbor. One of these roads followed the lake officially called Jerry Lake. The Emerson family farmed their property for several years, until the great winter freeze of 1894. The family lost all their citrus trees and financial resources, and eventually the Emerson family sold their property to a Mr. Hans Heye and his family, who invested their savings in reviving the grove and calling it Crosley Grove.

By 1913, the first official city-engineered map of the town of Dunedin showed the name Jerry Lake. Finally, on the front-page news in March 1948 the Dunedin Times showed that the Douglases, Webbs and other investors purchased the 190 acres and renamed the entire property the Jerry Lake Citrus Groves.

This brings us to the current property’s present history. The museum’s research led the staff to believe that the lake was officially given the name Jerry between 1848 and 1880, but still, who was Jerry?

Finally, a week later and after a vast search of historical newspapers, a 1920s article in the Tampa Weekly Times was found with an interesting and overlooked article. What was interesting about this article was that it was an obituary for a man named Jerry Dynen, also known as the old timer “Uncle Jerry,” the only local survivor from the 1850s Lopez expedition.

The Lopez expedition of 1851 was a group of American citizens and former military soldiers from the Seminole Wars who volunteered their services to capture Cuba for the United States. The invasion failed and the soldiers were either killed or jailed for life. It seems Mr. Dynen was a survivor of this event.

However, when he investigated acquiring property in the Dunedin region, he was denied the Homestead Act due to his volunteering as a privateer in the failed Cuba invasion. Dynen did not care about ownership by paper and staked out — or what is known as “squatting” on the property — with his brother Arion, who listed himself as residing on the lakeside property.

In the original 1924 edition of the Dunedin Times, early Dunedin individuals were named as settlers in the area. Two of the names listed had no information on them; their names were Arion and J. Dion. As mentioned, when the information was revealed about “Uncle Jerry” Dynen, information discovered that Dion was really Dynen, whose military and census records proved to be the same. So, Jerry and his brother Arion squatted on that land until Mr. Bartemus Brown officially purchased the land and had them removed. But before the two brothers left, as a reminder they had lived there, they made the Lake Jerry dedication to the brother’s patriotism in the Seminole Wars and his participation in the Lopez expedition.

Today, all the original members of early pioneer families who settled here are long gone, along with other stories and answers about Dunedin’s early history. If there are still relatives of the Brown and Emerson families who have the hidden answers to family history and other interesting stories, contact the Dunedin History Museum before the dedication of the new park and the museum will place the information on the Facebook site and inform the city of this historical information. Thanks to the museum staff and interns who assisted in newspaper research.

Vinnie Luisi is the director of the Dunedin History Museum.