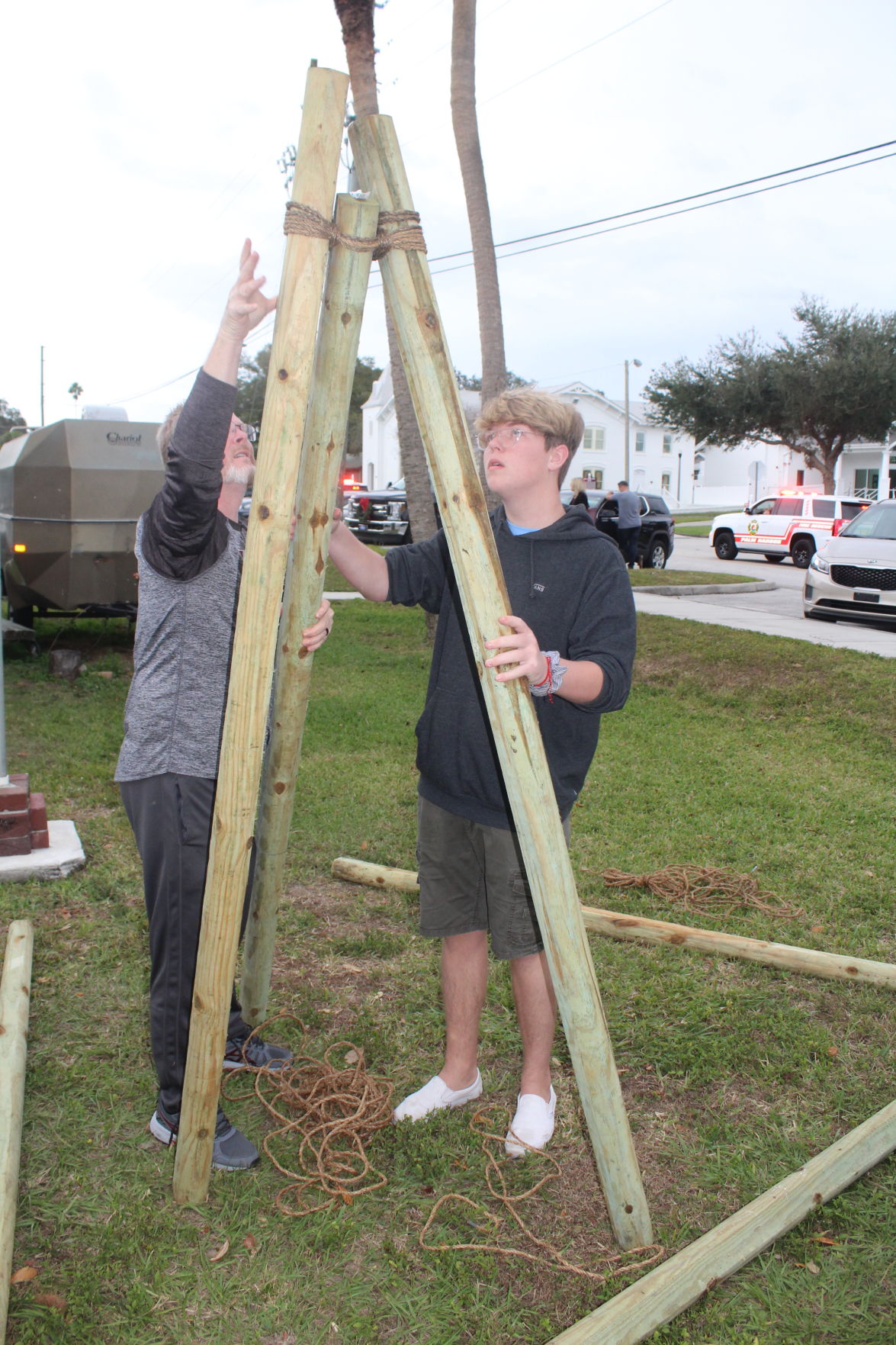 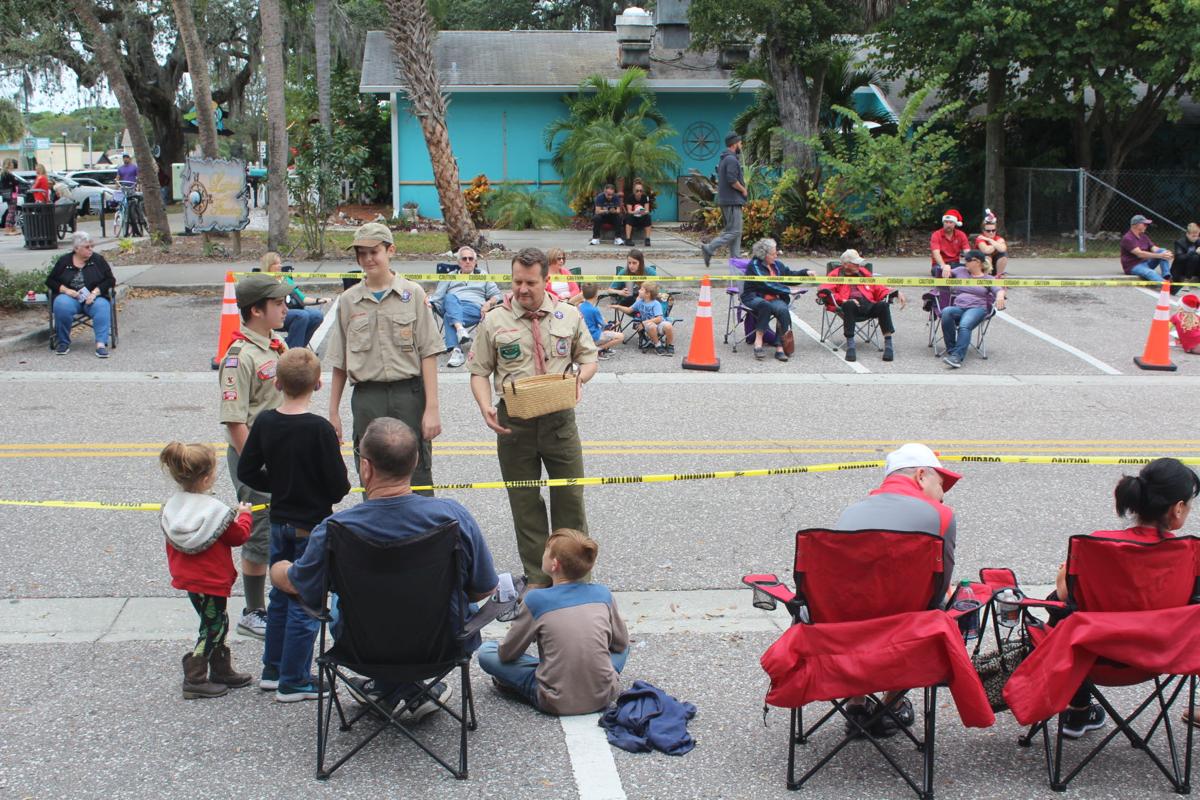 Assistant Scoutmaster Kerry Roberts and Scouts try to recruit new members for Troop 26. They were at the Palm Harbor Holiday Parade Dec. 14.

Assistant Scoutmaster Kerry Roberts and Scouts try to recruit new members for Troop 26. They were at the Palm Harbor Holiday Parade Dec. 14.

PALM HARBOR — Boy Scout leader Kerry Roberts had something to brag about during the community’s holiday parade Dec. 14 as he and his troop members encouraged families to join their unit.

He said a youth recently achieved the rank of Eagle Scout, the 100th to do so in Troop 26’s long history. The Palm Harbor troop has been operating continuously since 1934.

“It’s only about 4 percent of any young person who joins Scouting who makes Eagle Scout,” Rees said. “Of course, we only have a percentage of people who join Scouting. It’s a very rare award. So it is unique for a troop to have had 100 Eagle Scouts.”

Rees said the typical lifespan of a troop is 30 to 40 years.

“For a troop to have 100 Eagle Scouts, they have a good program,” Rees said.

The troop’s newest Eagle Scout is Noah Owens, who has been involved in Scouting for nearly 10 years.

The Palm Harbor youth joined the troop’s Cub Scouts when he was in first grade then worked his way up to earn the highest rank in Scouting. He enjoys the camaraderie.

“Being able to meet new people any time you go to a new event,” he said. “Just a lot of stuff we do is just plain fun.”

The troop has about 17 youths. Roberts would like to have at least 30.

Roberts, a retired U.S. Army major who has been involved with the troop since February 2015, mentioned numerous activities that Scouts participate in — as they have for decades — such as camping.

“Building a fire. Learning how to use sharp tools like axes and knives. But there is a lot beyond that. The boys can learn about computers, cyber; they can learn about how to be a blacksmith. How to build things in a forge, out of metal. They do a lot more than just camping,” Roberts said.

They also visit museums and enjoy white-water rafting. Recently, the Scouts took a trip to the FBI regional office in Tampa.

The outdoors aspect of Scouting has always been important, Rees said, and camping is one of the first activities people think of when Scouting is a topic of discussion. However, he said Scouting is primarily about character development and leadership.

“We just use the outdoors as a classroom. Scouts learn to lead their peers on campouts. They connect with each other and adult mentors. They have positive peer groups and positive adult mentors,” Rees said.

For nearly 100 years Scouting has developed leaders, he said, adding that a child is not expected to be perfect.

“What we want is for them to grow and learn and become better as they become adults,” said Rees, who has been an adult Scout leader for 30 years.

The Greater Tampa Bay Area Council serves nine counties and has 206 Cub Scout packs and 217 troops. Other units are 45 Venturing Crews and 26 Explorer posts. At the end of this year the council will be serving 17,000 Scouts, Rees said.

“It appears [the troop] has as many adult leaders as they have Scouts, which is a great thing,” Rees said.