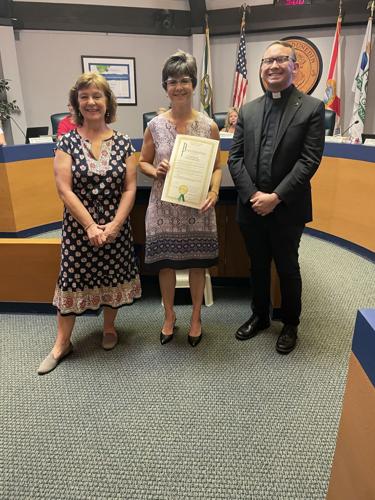 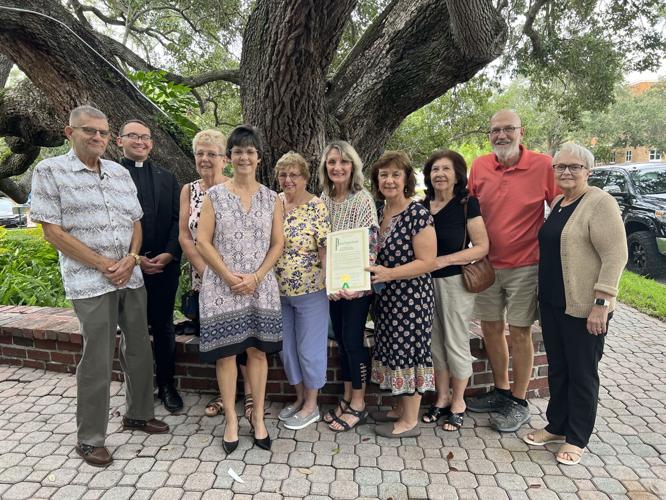 DUNEDIN — City commissioners emphasized the need for stability in voting 4-1 on Sept. 15 to approve the current tax rate of 4.13 mills for the next fiscal year.

A public hearing on the final approval of the millage rate and budget is set for Thursday, Sept. 29, at 5 p.m. at City Hall.

As in other discussions in the past several months on the tax rate, most commissioners were opposed to adopting the rollback rate of 3.7 mills.

Commissioner Moe Freaney spoke at length against adopting the rollback rate, saying it would drastically affect the city's reserves, which are going to be tight, and show a shortfall into later years.

Freaney said all commissioners would like to adopt the rollback rate, which is the rate that would generate the same amount of property tax revenue as raised in the current fiscal year.

"I know I would. And as much as I understand the desire to do that during these times, it doesn't seem to be responsible to me to go to a rollback rate at this time ..." Freaney said.

As to the suggestion that commissioners adopt the rollback rate for one year and raise it back to the current rate, there's no guarantee what city officials are facing next year, she said.

She also took issue with the suggestion that if commissioners couldn't "put the money back next year, we could just figure out what to cut in expenses at the time or as we go."

She noted that the city's finance board took the hard look at rolling back the tax rate this year and recommended that they maintain the current rate. Commissioner Deborah Kynes said she loves having the "third eyes of the finance board."

Based on an example of a tax bill for fiscal year 2021, if a Dunedin homeowner's assessed property value goes up 3 percent in this fiscal year to $175, 801, the increase in the city's taxes to the taxpayer would be $25.44, city officials say.

Mayor Julie Ward Bujalski said she believes in the economic forecasters and professionals they hire.

"I think that's important. Because we don't know what's going to happen next year. If our costs dramatically increase more then we anticipate, then what? I think everybody sort of in that limbo. To make a change at this point is not economically prudent for our organizations as a whole," Bujalski said.

John Tornga, who continued to support the adoption of the rollback rate, reiterated his concerns about the effects of severe inflation on the economy and noted that the rollback rate would be levied across the board.

"When the rollback comes you are going to get some advantage on it," Tornga said. "In many cases, not in all cases."

He said he was asking for "us to consider something different other than just to continue with the spending. We have many things we spend money on. We can spend more money ... then we asked for here."

Tornga said the city took in $18.3 million through the American Rescue Plan, which was given to Americans "as a rescue to what was taking place. And we rescued a lot of things."

Adopting the rollback rate, he said,  is an attempt at "rescuing some folks that are taxpayers, that are revenue providers, specifically in the general fund," which is the city's operating budget.

Kynes sad she likes stability and expressed concern about reducing the tax rate with the possibility of raising it to more than the current rate, adding there are a lot of unexpected issues that come at city officials.

"I really learned that in the pandemic. There are just some things you cannot foresee," she said.

She and Commissioner Jeff Gow also expressed concern about the ramifications of a possible revenue shortfall on employees.

"We run a very thin margin, a very tight ship," Gow said. "And we ask our employees every day to do more with less. Sixty percent of the budget is labor. Too many times, they have taken the blow. And they're people, too. They have families, they have mortgages."

No citizens spoke for or against the proposed tax rate and budget.

City memos indicate the long-term effects of adopting the rollback rate would require labor and non-labor service reductions to balance the operating budget.

Commissioners issued a proclamation honoring the Society of St. Vincent de Paul Conference at Our Lady of Lourdes Church, which is celebrating its 60th anniversary in Dunedin.

Lady of Lourdes provides those in need and living in poverty with a food pantry, utility assistance, emergency shelter assistance, clothing, furniture and household goods and referrals to community social service organizations, the proclamation says.

In an interview in May, a Lady of Lourdes food pantry representative said it distributed more than $70,000 in food and financial assistance to aid more than 800 families.

"You guys do such an amazing job," Freaney said, before reading the proclamation.