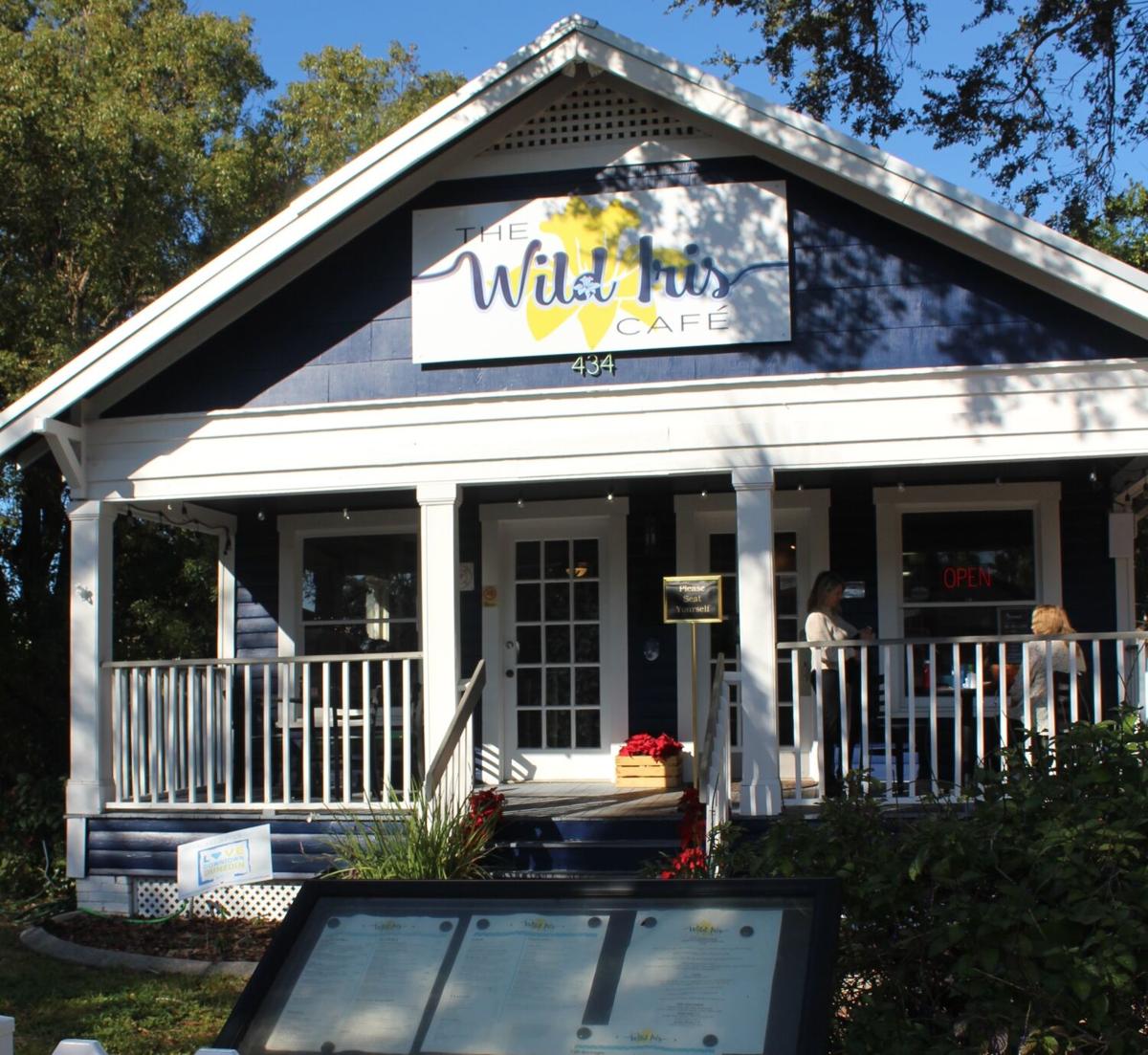 The Wild Iris Cafe is located in an old Florida Cracker house at 434 Virginia Ave. in downtown Dunedin. 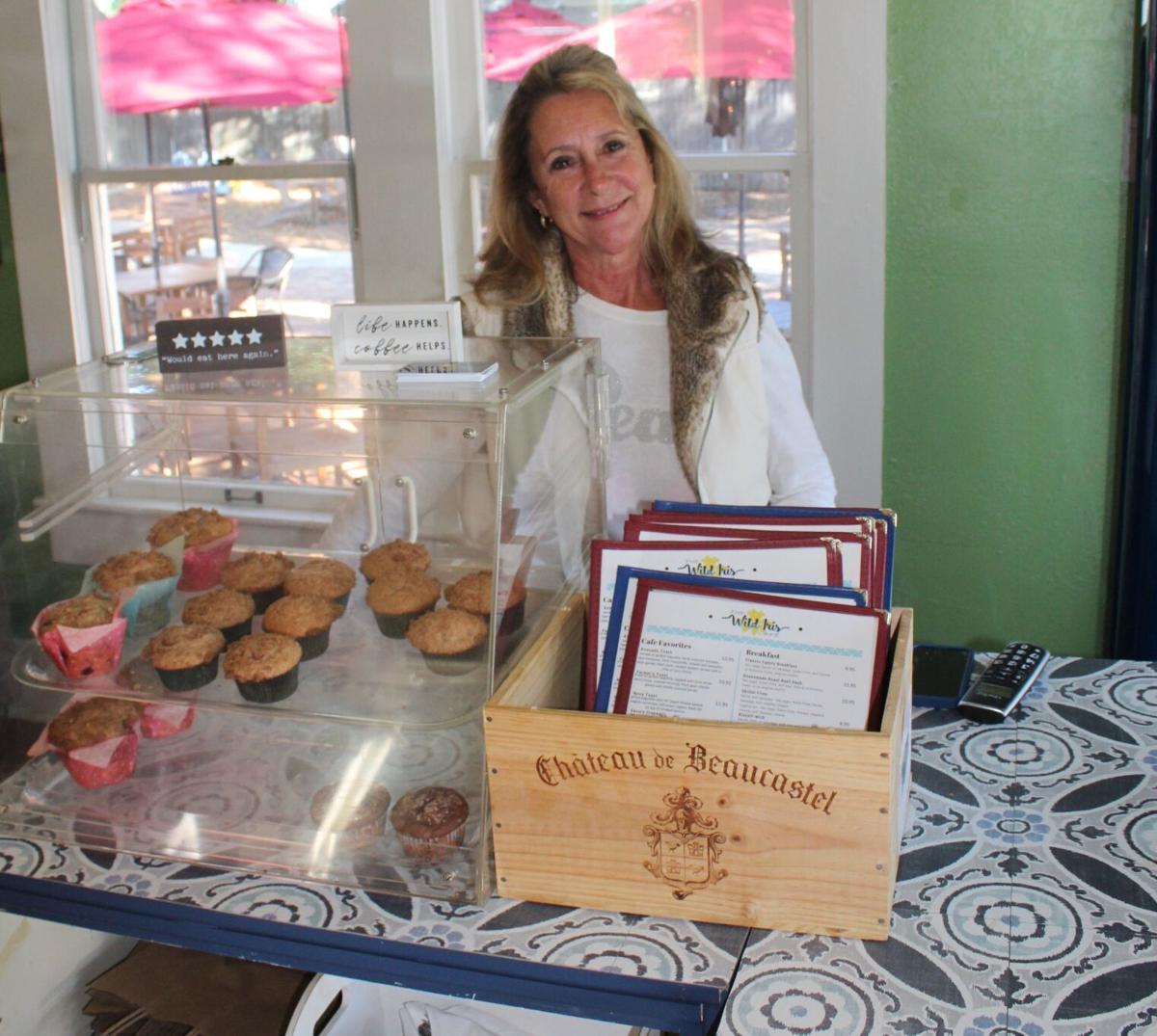 Tamara Helms is a longtime area restaurateur and now owns the Wild Iris Cafe, which is open for breakfast and lunch.

The Wild Iris Cafe is located in an old Florida Cracker house at 434 Virginia Ave. in downtown Dunedin.

Tamara Helms is a longtime area restaurateur and now owns the Wild Iris Cafe, which is open for breakfast and lunch.

DUNEDIN — Tamara Helms didn't have the appetite to get back into the restaurant business until she learned about an opportunity for her in downtown Dunedin.

She now owns the Wild Iris Café, which she opened in August.

"I swore I was never going to open another restaurant. This is my fourth," said Helms.

The location, 434 Virginia Lane, made all the difference for Helms, who had looked at the site years ago. But it wasn't available then.

She thought the property was beautiful, having a large outdoor area, and believed it had potential when in May she bought what had been a small French restaurant.

It was the right price, she said, and being retired, she didn't have much on her plate.

Helms owned the Iris Restaurant on Douglas Avenue for 23 years before selling the establishment, which is now the Home Plate Restaurant.

"What I wanted to do here is what I thought was a smart business decision," Helms said. "So many people know me, and I have been around here for so long that I needed to have an instant business — instant name recognition. I wanted to use ‘Iris' in some way. But I didn't want to call this the Iris Restaurant because it wasn't going to be that restaurant again."

Helms’ Wild Iris Café is in what she describes as an old Cracker Florida home built in the late 1930s. All the original windows remain intact.

"The goal here was to combine a little bit of all my restaurants into this one and make it sort of a family-style but more updated to today's times. Because it was 15 years ago almost when I sold Iris," Helm said.

Featuring homestyle meals made in a "scratch kitchen," the Wild Iris Café has a variety of food for those who want to have a healthy lifestyle, but biscuits and gravy also are on the menu.

"I still believe in everything in moderation — you can eat anything you want," she said.

Among the most popular items on the menu are quiche, which are about four inches high, and homemade muffins.

"And I make a different muffin every day. So that's where you get your decadent part of it," Helms said.

She also serves a fungi type of sandwich.

"You can get a Portobello mushroom sandwich anywhere," she said. "But instead we are using five different wild mushrooms with goat cheese," she said.

She wanted her menu to include items that are a "little funky, a little wild."

"It's not like deli turkey or roast beef," she said. "Everything is roasted in-house."

Helms has a vision for serving dinners three days a week. No set time frame has been established to expand the current hours, which are Tuesday through Sunday from 8 a.m. to 3 p.m.

"It's more of what's the economy going to do and what's going to happen with the COVID, and you know there is still a very strong possibility that we all get shut down again — who knows. I'm just not making any firm decisions and I'm not locking myself into anything," she said.

Though it has a large area for outdoors dining, the 1,500 square-foot restaurant has a small kitchen, which is why the menu is limited.

Nevertheless, her business is doing much better than she expected, and Helms feels lucky to have a strong following.

About 70% of her patrons are local residents, she said.

"I've already cultivated in a few months a good, strong, regular crowd that I see some people two or three times a week," she said.

Members of nonprofit organizations regularly frequent the restaurant. Several local business owners have come in more than once.

"I greatly, greatly appreciate that, especially in these times. My place makes it a little easier because it's almost all outdoors. It's not as easy for others," she said.

Helms can't say enough about the support she has had from the community. Years ago, she said, Helms helped Greg Brady and others start the Downtown Merchants Association. She also was involved in the Dunedin Chamber of Commerce and helped run several events.

Though she lives in Palm Harbor, Helms said the biggest surprise for her — though she added that it shouldn't be — was being back in Dunedin.

"You don't know what you are going to miss until you don't have it. So it feels good to get it back," she said.