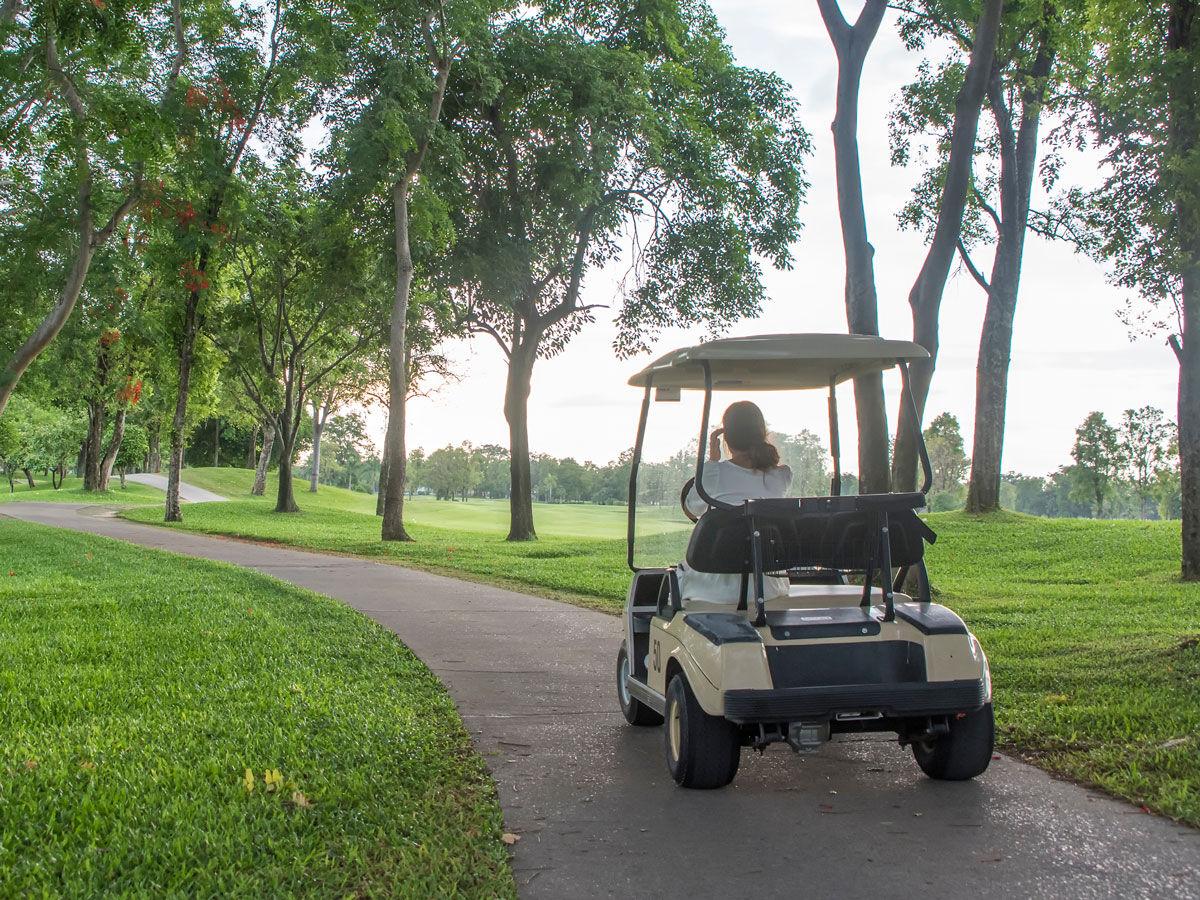 According to a community outreach online survey, when asked what type of micromobility they would like to use to travel around the city, 70% of the Dunedin respondents selected golf carts. 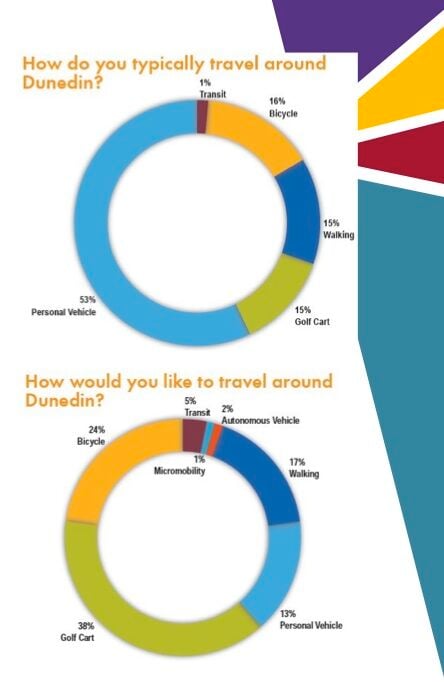 According to a community outreach online survey, when asked what type of micromobility they would like to use to travel around the city, 70% of the Dunedin respondents selected golf carts.

DUNEDIN — Golf carts are the way to go to get around Dunedin, say many participants in city survey.

According to a community outreach online survey, when asked what type of micromobility they would like to use to travel around the city, 70% of the respondents selected golf carts.

"That says a ton,” Bujalski said. "Everybody wants to be on a golf cart."

The city has great use of electric vehicles but needs to address how to manage golf cart usage with the growth in the city to make it safer, she said.

"I don't know what we want to call it, but we need to have some vision and we need to know what our golf cart infrastructure needs to be," Bujalski said. "Where we want our future crossings and where the connections are."

"I think really looking and having a vision for where we want it to be, and what our infrastructure should be and how we set it up is important," Freaney said.

Bujalski, noting that older neighborhoods were developed at a time where sidewalks weren't required and a lot of regulations weren't in place, said a traffic-calming program is needed.

"I'm sorry, but it's got to include speed humps. There are places for that," she said.

City Manager Jennifer Bramley said a lot of cities have adopted traffic-calming polices based on recommendations from traffic engineers.

"There are very strict criteria for what would quality for traffic calming," Bramley said. "It is a very large undertaking."

She said she thinks the commissioners are going to deliberate thoroughly on such policies because speed humps and related infrastructure is included.

There are good models from cities that have adopted neighborhood-calming policies Dunedin can use, Bramley said.

Bujalski advocated for the Jolley Trolley to provide 30-minute service and the use of a downtown Looper, similar to what is operated in downtown St. Petersburg.

The Jolly Trolley is "an hour service now. And it runs longer. It's always running over," Bujalski said.

However, if 30-minute service is provided, it will require an increase in trolleys, she said, adding that it may cost all of the funding partners more money.

She also suggested park-and-ride service should be considered.

Commissioner Deborah Kynes said a Looper service would benefit merchants, the Dunedin Chamber of Commerce and people living in larger developments who don't want to use their cars to get around town.

"For the sports, you have a partner in the Blue Jays. So you have a lot of partners that you need to pull together on the Looper, and I totally think that needs to be priority," she said.

Among other transportation programs discussed was the PSTA's Autonomous Vehicle Advantage program. Commissioner John Tornga is a proponent of having it in the city.

"It takes care of accidents. It will be much safer, much more control. And all the parking issues go away. It's easy to control," he said.

Commissioner Jeff Gow talked about having traffic light sequencing so pedestrians get a longer period of walking across intersections.

"I just want to make sure that really making Dunedin walkable is a focus, with golf carts, with pedestrians. I don't want to forget our walkers out there," he said.

"I'm going to invest in a tricycle, how about that," she said, joking.

They have talked for years about an east-west bicycling corridor being Michigan Avenue, she said.

Whatever is determined to an east-west corridor should be designated with barricades so that users are safer, Kynes said.

Bramley said it's important that city commissioners adopt the multi-modal transportation plan discussed that evening because it includes a funding mechanism.

"I know it's a bit more work for everybody involved but when we do apply for grants we are going to attach this plan and say it's adopted by the City Commission," Bramley said.

City officials will bring the plan back to the commission for a formal vote.

According to the plan, in community outreach top concerns and themes are the need for traffic calming and slower streets, safer crossings, the expansion of golf cart boundaries and crossings, sidewalk improvements and shade trees.

Other themes were the construction of safer and separated bike facilities and more transit options within the city.