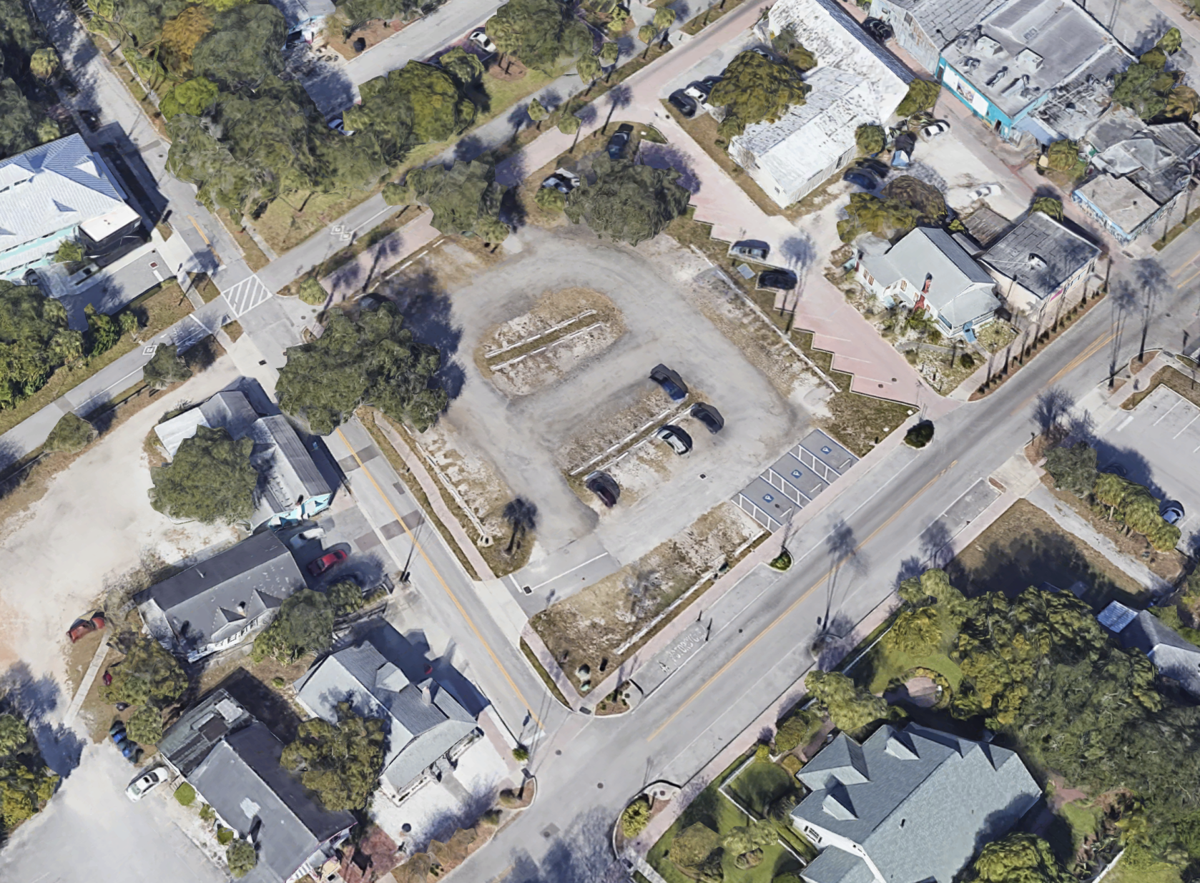 City commissioners signed off on purchasing this vacant lot at Scotland Street and Douglas Avenue for $4 million in an effort to build a new parking garage. 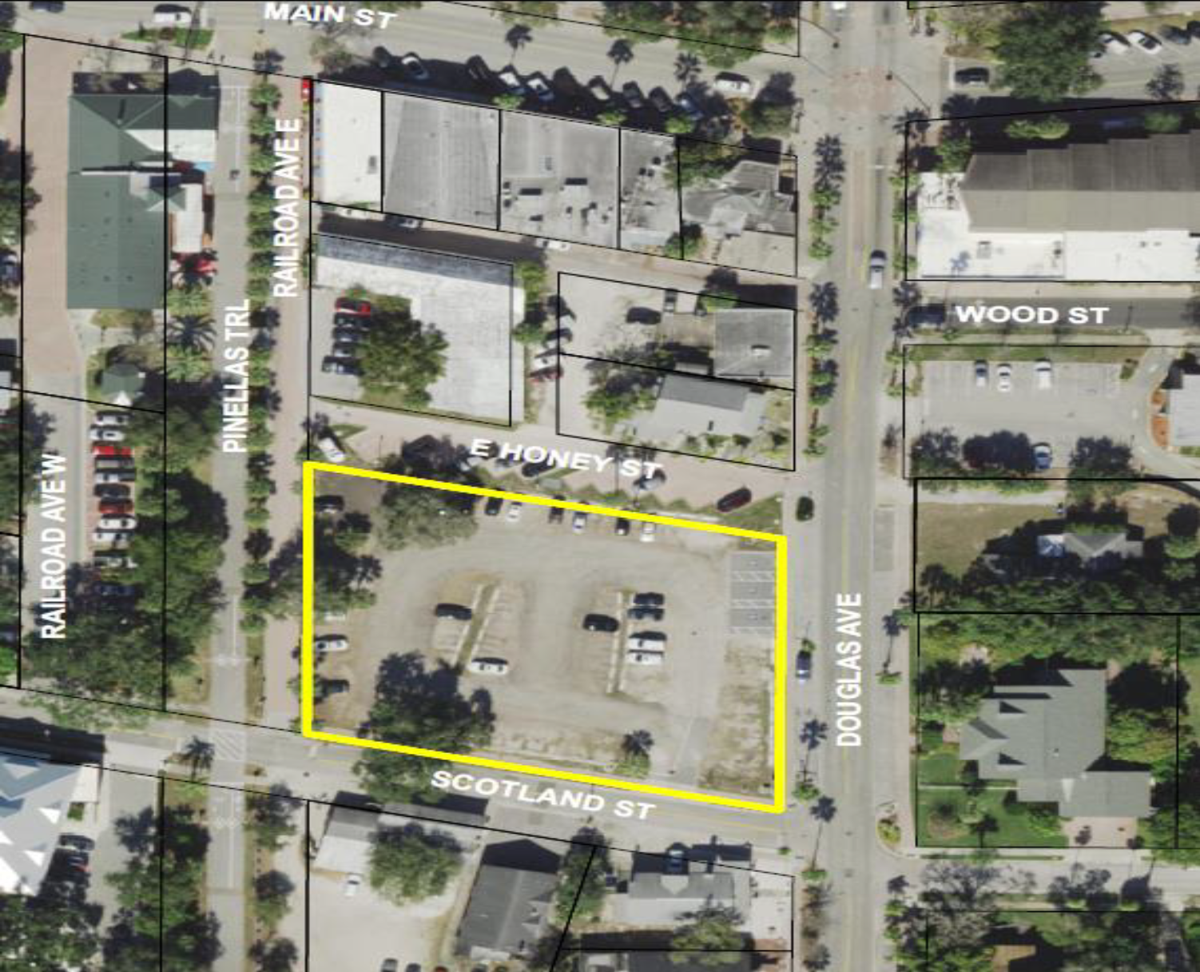 This is an aerial view of the property.

City commissioners signed off on purchasing this vacant lot at Scotland Street and Douglas Avenue for $4 million in an effort to build a new parking garage.

This is an aerial view of the property.

Other commissioners had similar comments Oct. 19.

"It's been one of the most difficult journeys," Commissioner Deborah Kynes said, adding the parking problems have been discussed for 15 years.

At the work session, commissioners gave staff the OK to proceed with the agreement to purchase about three-quarters of an acre at Scotland Street and Douglas Avenue.

In recent weeks, commissioners, sitting as the Community Redevelopment Agency, have talked at length about the pros and cons of buying the property, called Dunedin Station, for $4 million for the eventual use as a parking garage.

The action stems from concern about the loss of downtown parking leases, specifically, 45 spaces at the lot known as Ocean Optics at Douglas Avenue and Main Street, which is expected to be developed, and 65 spaces at Dunedin Station.

As discussed, a parking garage at Dunedin Station could have 175 parking spaces or more. The city currently leases the lot from owner Dunedin Station Development LLC. It’s being used now as a free public parking lot.

The city has urban parking codes that stipulate the city needs grouped parking areas, and it's the commission's job to ensure that it happens, she said.

"We have an opportunity here to fulfill our job from an infrastructure standpoint and from promises that we've made that we would do that. I think it's a no-brainer," she said.

Among the concerns was that the asking price for the property was significantly higher than the appraisal. The average appraisal was just over $2 million. However, Bujalski said she has been told that a developer would pay $3.2 million to $3.5 million for the property.

Noting the economic value of downtown, paying $500,000 or a little more than that doesn't sway her from wanting to "do the job right now we need to do."

"We are absolutely shocked to see how strong this downtown is," Ironsmith said.

Commissioner John Tornga said he hopes that the garage could be a multiuse building and also expressed confidence in staff's direction.

"I think this is the only thing we can do with that property," he said. "To do anything other than that, we will regret it," he said.

Kynes said she doesn't like stand-alone parking garages and prefers that they have mixed-use development with the idea of preserving open space.

Despite asking questions about the sales price that may lead to the perception that he is against the acquisition, Commissioner Jeff Gow said he is strongly in favor of it.

"We certainly are controlling our destiny. Whether or not we could have or should have or whatever in the past is irrelevant. We are here today and it's in front of us. Letting this slip away from us is something that can't happen," he said.

Freaney said the commission has a long history of hearing what citizens think about the parking issue.

"If we were just buying this for breathing room in our downtown, they, probably a lot of them, would be right here saying, ‘Do it,'" Freaney said.

Gregory Brady, chairman of the Chamber of Commerce, said the lack of downtown parking affects businesses and residents.

"Ask them (residents) what happened to them when they came downtown Friday night and tried to go dinner. They had to park so far away," Brady said.

The budget impact of the property acquisition is capped at $4.2 million. The financing of the purchase is proposed to be through a CRA loan with debt service over 11 years with an annual debt service of $420,000.

Closing on the property is set for Nov. 29.

According to city memos, among the pros and cons of buying the property are:

• Favorable interest rates for borrowing at this time.

• City controls the right of way surrounding the property with the exception of the Pinellas Trail to the west.

• Excellent location where at-risk lots are either vulnerable or will soon be lost. Strategic parcel to acquire in downtown to preserve parking options.

• Purchase amount to be paid with tax increment financing funds, which is a combination of CRA and Pinellas County funds.

• A parking structure could provide some relief to residential neighborhoods adjacent to the downtown from overflow street parking attributable to special events and spring training.

• Purchase amount of $4 million in place with the CRA fiscal year 2022 adopted budget.

• Environmental concerns, although mentioned, have a low probability of being a concern.

• Property as a parking garage removes ability to develop the parcel to the highest and best use resulting in a loss of property tax revenue.

• The property configuration is a parallelogram and not well suited for maximizing the potential of the parcel for a future parking garage.