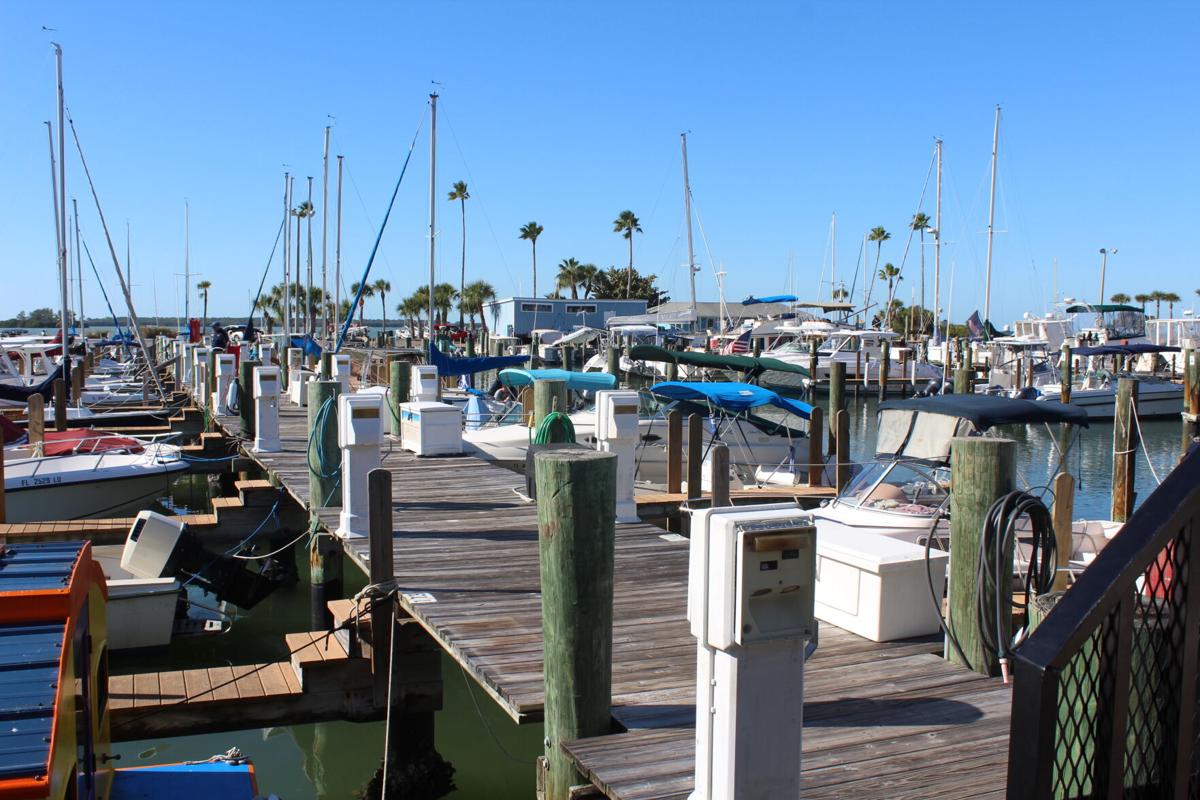 City officials say they have taken steps to improve communications with slip renters at the marina as well as making physical improvements. 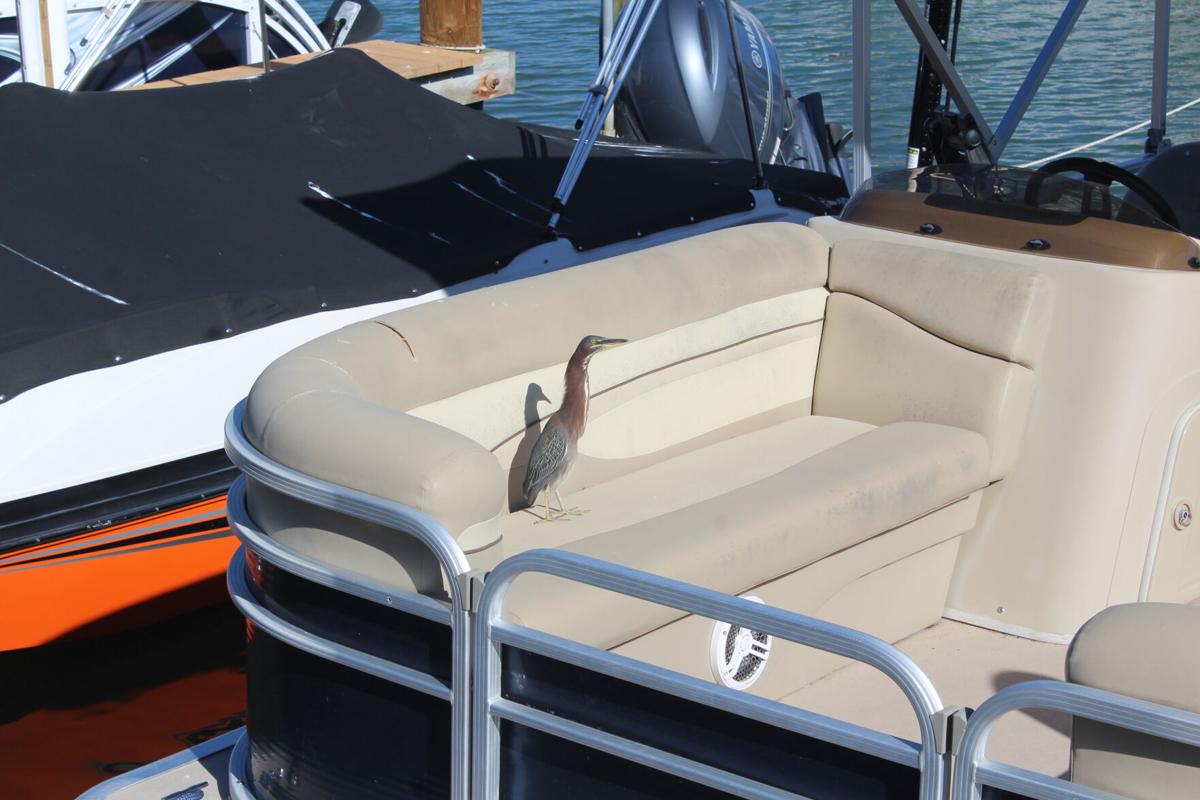 A green-backed heron checks out the interior of a boat at the Dunedin marina.

City officials say they have taken steps to improve communications with slip renters at the marina as well as making physical improvements.

A green-backed heron checks out the interior of a boat at the Dunedin marina.

DUNEDIN — After weeks of getting an earful on a controversy involving a boat fuel spill at the Dunedin marina, city officials decided against terminating lease agreements for two slip renters.

Nevertheless, City Manager Jennifer Bramley told city commissioners Jan. 7 that the discharge into the waters caused by a boat leak, according to people she spoke to, was not insignificant.

Bramley said she reached out to agencies that were contacted regarding the discharge by staff or were on the scene.

Diesel fuel was discharged into the marina basin Sept. 25 from the vessel known as the Vintage Virgo, Bramley's report said.

Both the owner of the boat, Carolyn James, and Eric Curtis, who lives aboard a boat in the marina and helped James deal with the spill, had received the termination notices.

So that the spills don't occur again, city officials proposed stipulations to James' and Curtis' slip agreements to ensure the Virgo's fuel tanks are in good working order and proper notification occurs should a similar situation arise.

Bramley said acceptance of the terms is under consideration by the slip renters.

Both James and Curtis acknowledged the discharge, but their estimate of the amount of fuel discharged was significantly less than that estimated by others, Bramley's report said. Both took actions to clean up the leaking fuel.

She also spoke to a boat mechanic who said that a fuel leak on a vessel such as the Virgo is not uncommon and is a known defect.

Dunedin Fire Rescue arrived on the scene Sept. 25 and estimated that 10 to 30 gallons of fuel were discharged with a luminescent sheen extending to the seawall, Bramley's report said.

The U.S. Coast Guard arrived in the early afternoon that day and estimated up to 2 gallons had been discharged, the report said.

When asked if the spill could have dissipated during the time it occurred and the time that his agency arrived on the scene, a Coast Guard representative said that definitely could have happened, the report said.

The inconsistency of accounts is concerning, but the discharge is undisputed and more fuel was discharged than the slip renters have admitted, the report said.

Absorbent booms were deployed to capture and contain the fuel leak.

The report also addresses a verbal altercation between Curtis and a marina technician. Bramley wrote that although she doesn't condone the technician's behavior, marina staff followed the correct protocol when addressing the discharge of fuel and should be commended for their actions to mitigate the impact on the environment.

The boat owners have acknowledged that they did not place phone calls regarding the spill to any agency nor contact the harbormaster's office, the report said.

James has said she didn't know she had to report the incident.

At the commission's Dec. 15 meeting, James said the spill incident wasn't hidden and people on the dock were trying to help out. She also said she makes improvements to her boat constantly.

Bramley said at the Jan. 7 meeting that staff has been silent and respectful in the face of misstatements and in some cases personal disparagement.

"We will continue to be professional as we work through this and all issues before us," Bramley said.

Among other stipulations, the termination notice will be revoked contingent upon the slip renters agreeing to notify the harbormaster of any future leaks or any issue that may become a safety or environmental concern.

Making sure marina is in shipshape

Bramley also updated the commission on steps being taken to improve the marina.

"There is most definitely work to be done in the marina to ensure efficient operation, better cooperation and better communication," Bramley said.

Staff will continue to work toward that end and call on other resources as necessary, she said.

"Staff has and will continue to receive the training necessary to run a welcoming and efficient municipal marina,” Bramley said.

The harbormaster, Laurie Ferguson, will continue her training until she's a certified marine operator, which should occur later this year.

When Ferguson assumed supervision of the marina a year and half ago, there were many issues regarding deferred maintenance that have become a source of frustration for management and slip renters as well.

"And that has been happening for many years," Bramley said.

She listed several improvements that have been made or will continue to be made, such as installing more railings, electrical pedestals, pilings, a ramp, dock bumpers, dock renovations, life safety rings and ladders.

As far as improving communication and ensuring proper protections are in place, city officials established regular emails, communications and newsletters to all slip renters and user groups, Bramley said.

'We made a good bit of progress and are committed to making this marina the gem that it should be," Bramley said.