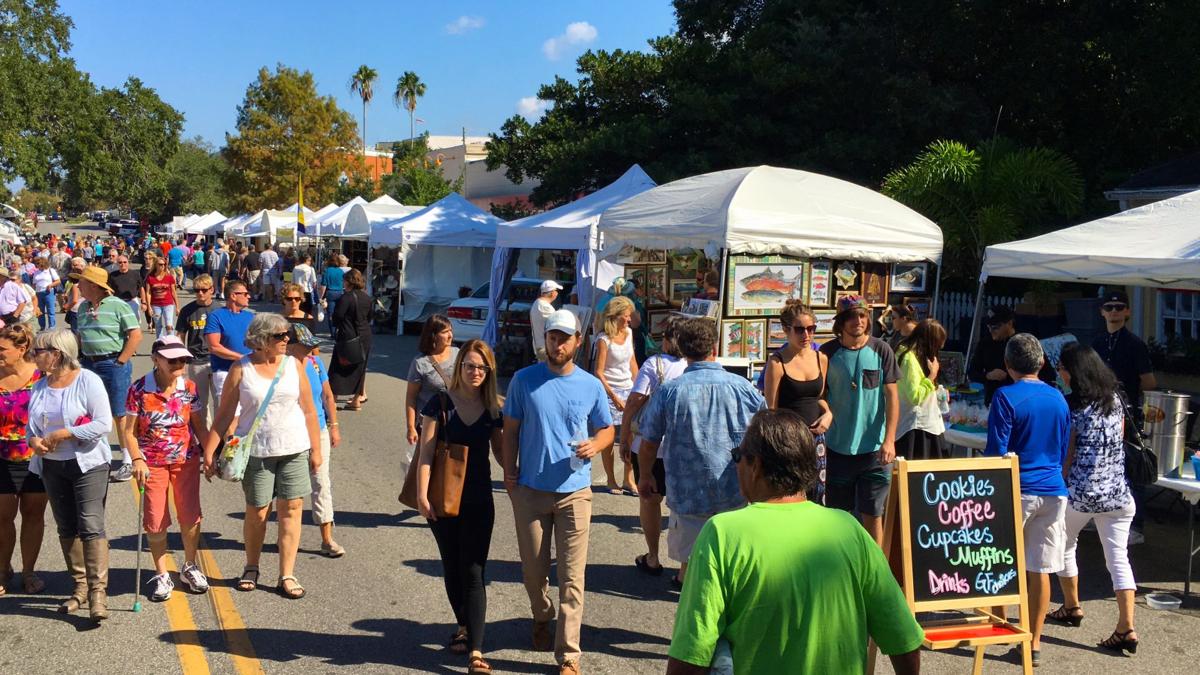 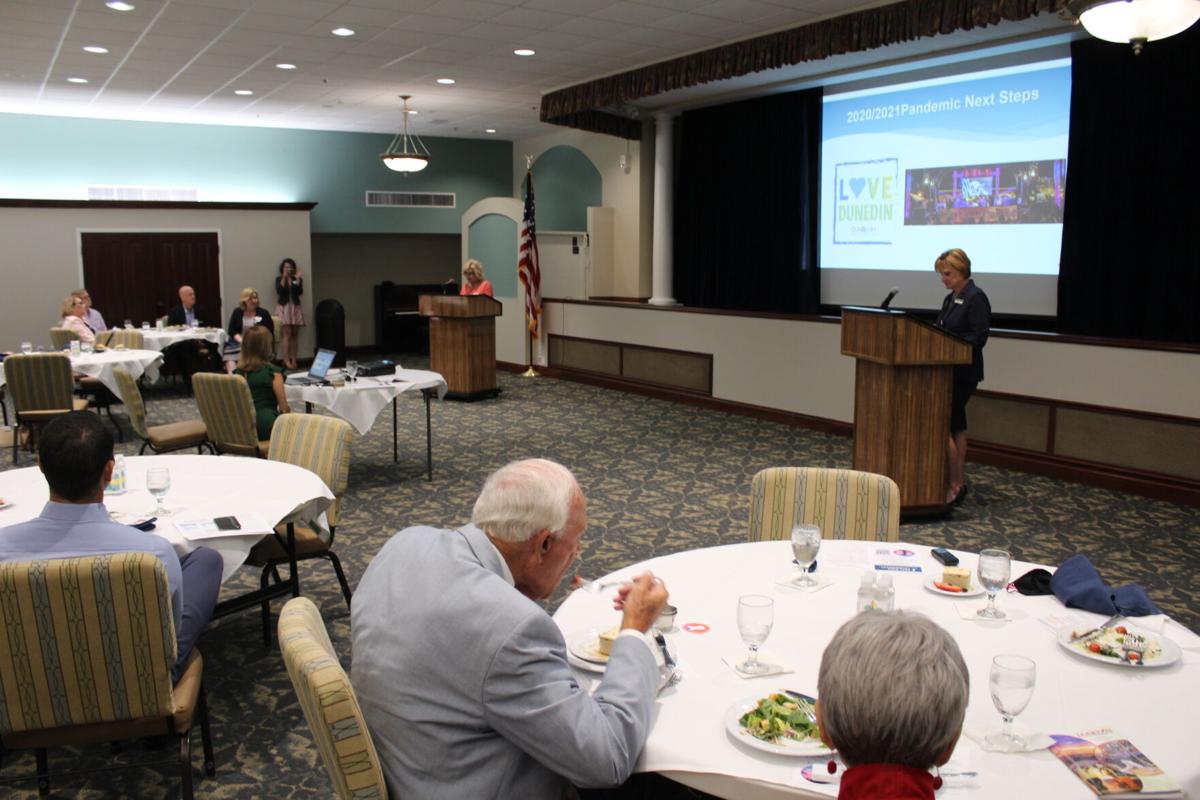 Dunedin Mayor Julie Ward Bujalski, at the podium, left, and City Manager Jennifer Bramley discuss the state of the city during a Dunedin Chamber of Commerce luncheon May 7 at Mease Life.

Dunedin Mayor Julie Ward Bujalski, at the podium, left, and City Manager Jennifer Bramley discuss the state of the city during a Dunedin Chamber of Commerce luncheon May 7 at Mease Life.

DUNEDIN — City officials are looking to resume holding special events beginning with the Dunedin Arts and Crafts Festival in June.

"That's pretty exciting," said Mayor Julie Ward Bujalski, at the Dunedin Chamber of Commerce's State of the City luncheon May 7.

"That will be the first time we've closed the street to a crowd. That will give us a lot of insight on how things will be going," she said.

Other upcoming events that normally were held prior to the pandemic include Dunedin Wines the Blues, the Dunedin Celtic Festival and the Dunedin Arts and Crafts Festival in November. She also mentioned the Old Fashioned Christmas and Holiday Parade and the Dunedin Boat Parade, which are traditionally held in December.

"We want to sit down with all those entities and figure out can we get it done with a shorter planning schedule and so what do you need from us. So this is not the year for us to nitpick on small things. This is the year to us to be of service at the greatest and highest level," Bujalski said.

City officials are also working with the Toronto Blue Jays to resume holding a fireworks show for the Fourth of July.

"It doesn't mean we will be inside the stadium, but we can be in the general area and we will have to figure all that out — at least get to experience something that celebrates all our freedoms," Bujalski said.

In other comments about the pandemic, Bujalski said the community came together and that she couldn't be more proud of the folks who stepped up and helped each other.

"We all tried to think out of the box and find ways to support everyone. Whether it was birthday parades, lanterns around the city," she said.

"Random pipers, bringing joy to neighborhoods. Dunedin has shown itself to be the epitome of who I always known what it was, a network of people who love and support each other," she said.

She mentioned residents losing jobs or learning how to work from home. People learning how to have virtual visits with the families and living through shortages of toilet paper and other household necessities.

"This year has been like no other. I think you can say none of us had a road map for what we faced," she said.

City officials will systematically resume code compliance, such as for sign regulations and short-term rentals.

"We are going to continue our facade grant program, which believe it or not during this time a lot of businesses have really taking advantage of that," Bujalski said. "I've been really impressed."

City Manager Jennifer Bramley said she has been a public servant all her life, having trained extensively for hurricanes and floods, even working in a city where a blimp crashed.

"Regardless, we don't train for a pandemic. We don't plan for a pandemic on the local level, on the county level, state level and the national level," Bramley said. "I can tell you one thing. That's going to change for the city of Dunedin, the county and state as well.

"We need to amend our national incident management system to accommodate for a pandemic. That said we made it up as we went along and I think we did pretty darn good," Bramley said.

Looking back to March of 2020, nobody had any idea of how bad the pandemic was going to be. So city officials locked down all their central services divisions, such as fire and emergency medical services, water, wastewater and solid waste public services.

Still, they had employees who contracted COVID, especially in fire and emergency medical services.

"And that just kind of unfortunately is going to be a given," Bramley said.

The second step was the rapid withdrawal of city employees from public facilities.

It wasn't easy because the city administrative staff numbers about 175.

"They had to go home to homes that didn't have the bandwidth they needed, the equipment they needed. The time that they needed," Bramley said. "Their children were home."

Among the good news is that the city is in a stronger position budget wise than officials expected to be, she said.

City officials thought they would be looking at a decrease of about 8 to 10 percent in Penny for Pinellas revenues in fiscal years 2021, 2022 and 2023.

Though Gov. Ron DeSantis signed a bill invalidating local governments' COVID restrictions, the city attorney has tweaked the city's state of emergency language to strongly encourage instead of mandate masks within city facilities.

City employees will continue to wear masks, she said.

All five city commissioners attended the luncheon, which was held at Mease Life, along with chamber members and city officials.

The most important protocol step city officials had to do as far as making sure commissioners continued to govern in one spot was set up zoom meetings.

"Of course, that was the first time I met Commissioner Kynes' cat," Bramley said.