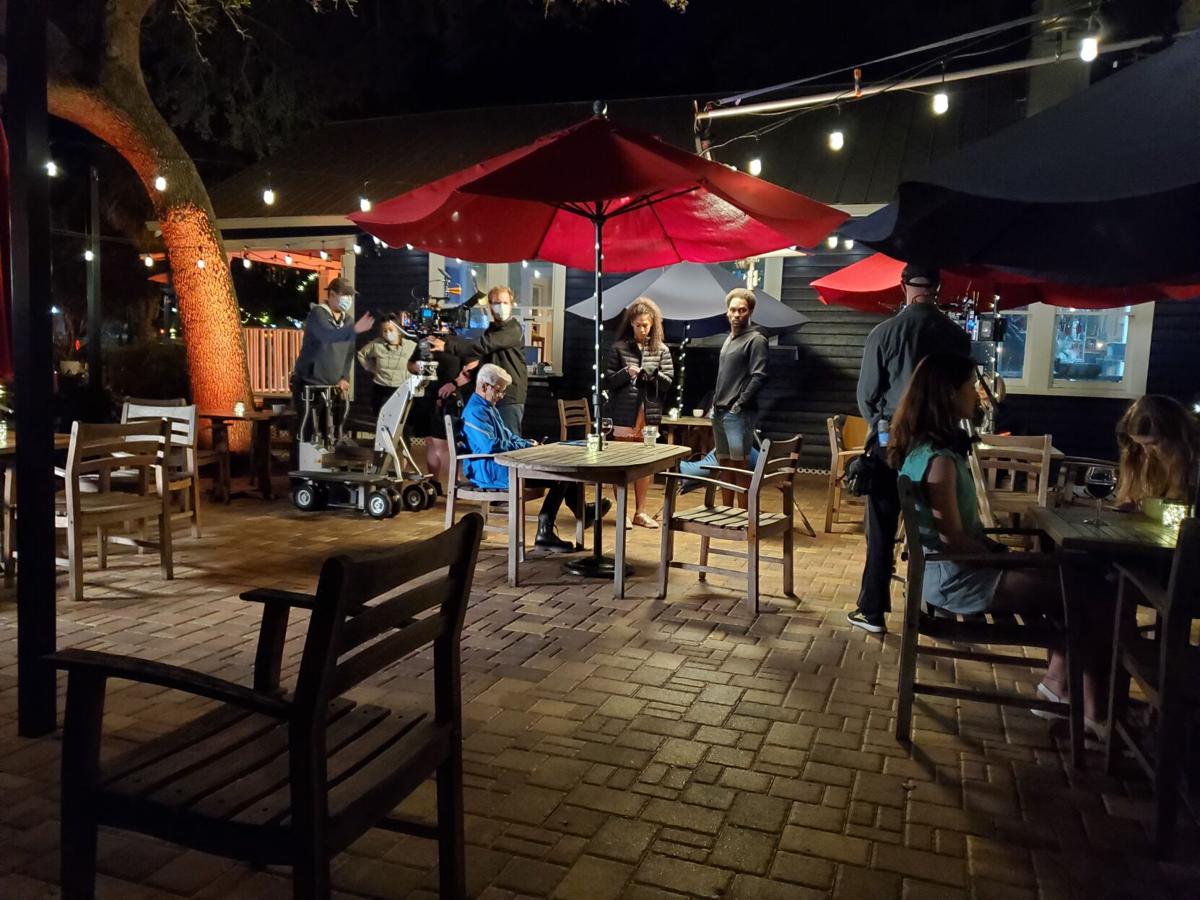 Production crews for “Life’s Rewards” shot at the Wild Iris Café in Dunedin for a total of 20 hours over two days. The episodic series is a frothy dramedy streamed on Amazon Prime and elsewhere. 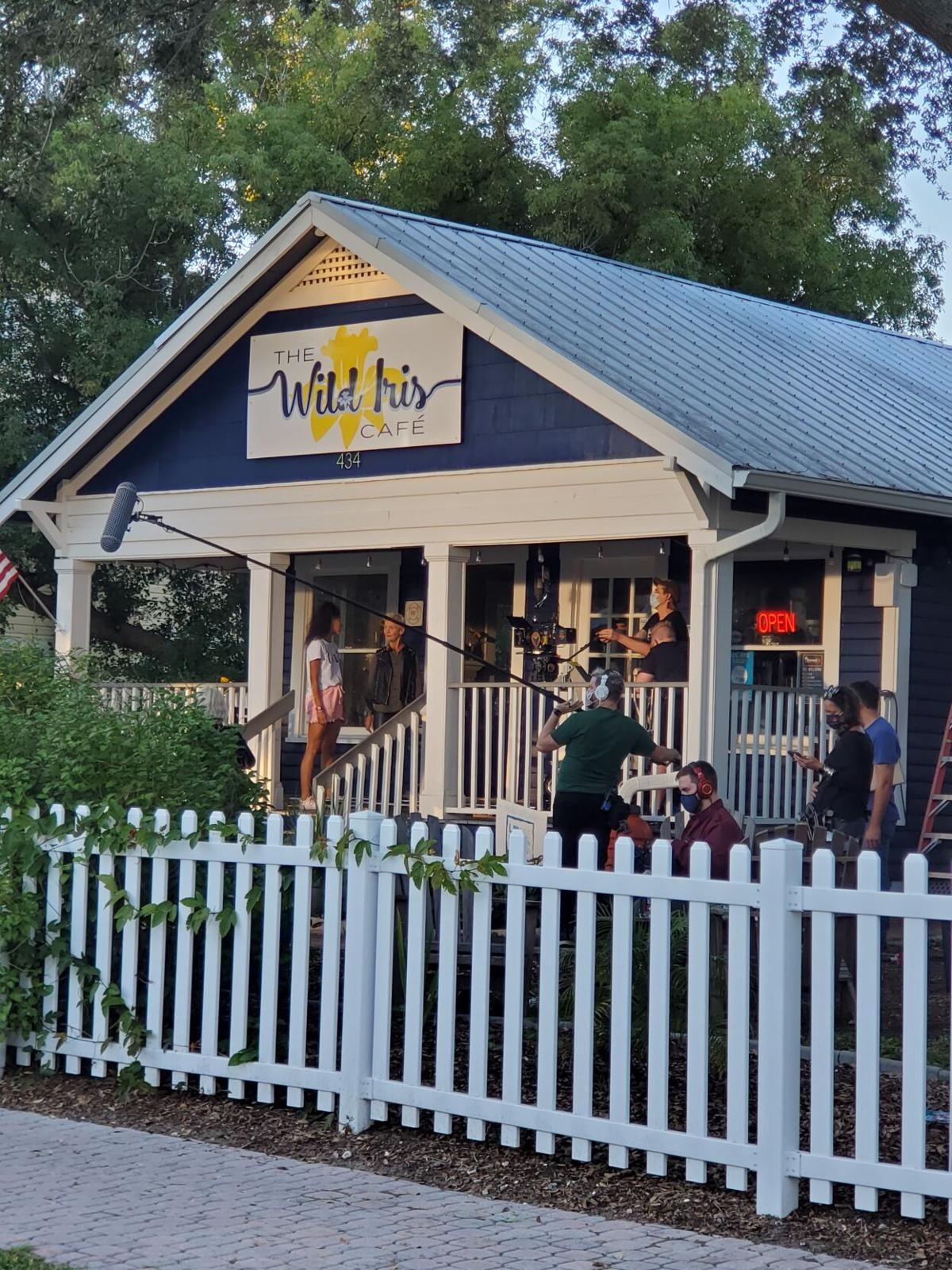 “Life’s Rewards” is the second recent production to use Wild Iris Café as a shoot location.

Production crews for “Life’s Rewards” shot at the Wild Iris Café in Dunedin for a total of 20 hours over two days. The episodic series is a frothy dramedy streamed on Amazon Prime and elsewhere.

“Life’s Rewards” is the second recent production to use Wild Iris Café as a shoot location.

DUNEDIN — The Wild Iris Café is getting a Hollywood close-up.

The 40-person cast and crew of the episodic series “Life’s Rewards” — a frothy dramedy streamed on Amazon Prime and elsewhere — recently camped out at the Dunedin restaurant for some 20 hours over two days to shoot several key scenes.

Pucello, a part-time actor, is even being written into at an upcoming episode in the series, which debuted on the streaming channel last year.

“Life’s Rewards” is supported by production grants from tourism group Visit Florida and the Pinellas County Film Commission, an affiliate of Visit St. Pete/Clearwater. The production was spawned after Visit Florida spitballed the series to local marketing officials as an innovative means of spotlighting tourist hotpots.

In keeping with that aim, the series’ binge-friendly, 15-minute episodes are viewable on platforms including YouTube and Places.Travel, in addition to Amazon Prime. The series debuted on all of the streaming platforms in May.

Season two — expected to wrap production in early December — is in line for a $250,000 production grant.

The first season of “Life’s Rewards” was shot in St. Petersburg and other area locations, including extensive scenes around the Don CeSar hotel in St. Pete Beach. The series’ creative crew noticed the Wild Iris while in Dunedin to capture a small scene at the Blur nightclub toward the end of the first season’s shoots.

“(They) fell in love with my restaurant and said they wanted to shoot there,” said Pucello, whose acting credits include the 2013 horror movie, “Germ Z,” and 2018 action drama “American Dresser.” “We are in six of the eight episodes of Season Two, so I’d be excited even if I didn’t have a part in it.”

In the series, the Wild Iris is owned by a free-spirited woman — named Iris.

Damian Fitzsimmons, who directed all eight episodes of the first season, also is helming all of the latest season’s episodes. Miles Partnership’s Brianne Maciejowski is the executive producer shepherding the production locally.

In the series’ first season, “an ambitious young executive finds his career and life in turmoil after losing his wealth … forcing him to reevaluate what really defines life.”

The latest season will mine similar themes while shifting the focus to north county locales. Most of the cast is new, with the storyline centering around one of the supporting cast members from Season One — actor Jared Wofford, portraying a bartender at the Don CeSar who launches a food truck business while also trying to reconnect with his teenage daughter.

All reports indicate the first season was a solid success, both for viewership and regional promotional bang. Producers of the show also note that “Life’s Rewards” uses Florida-based cast and crew, supporting the entertainment industry locally.

The Wild Iris — which opened at 434 Virginia Lane just over a year ago — also was one of a handful of Dunedin locations featured in “A Taste of Love.” The feature-length romantic comedy was filmed in the area in the summer ahead of a 2022 release on an as-yet undisclosed distribution platform.

No firm premiere date has been announced for the second season of “Life’s Rewards,” but a season launch in May or June appears likely.