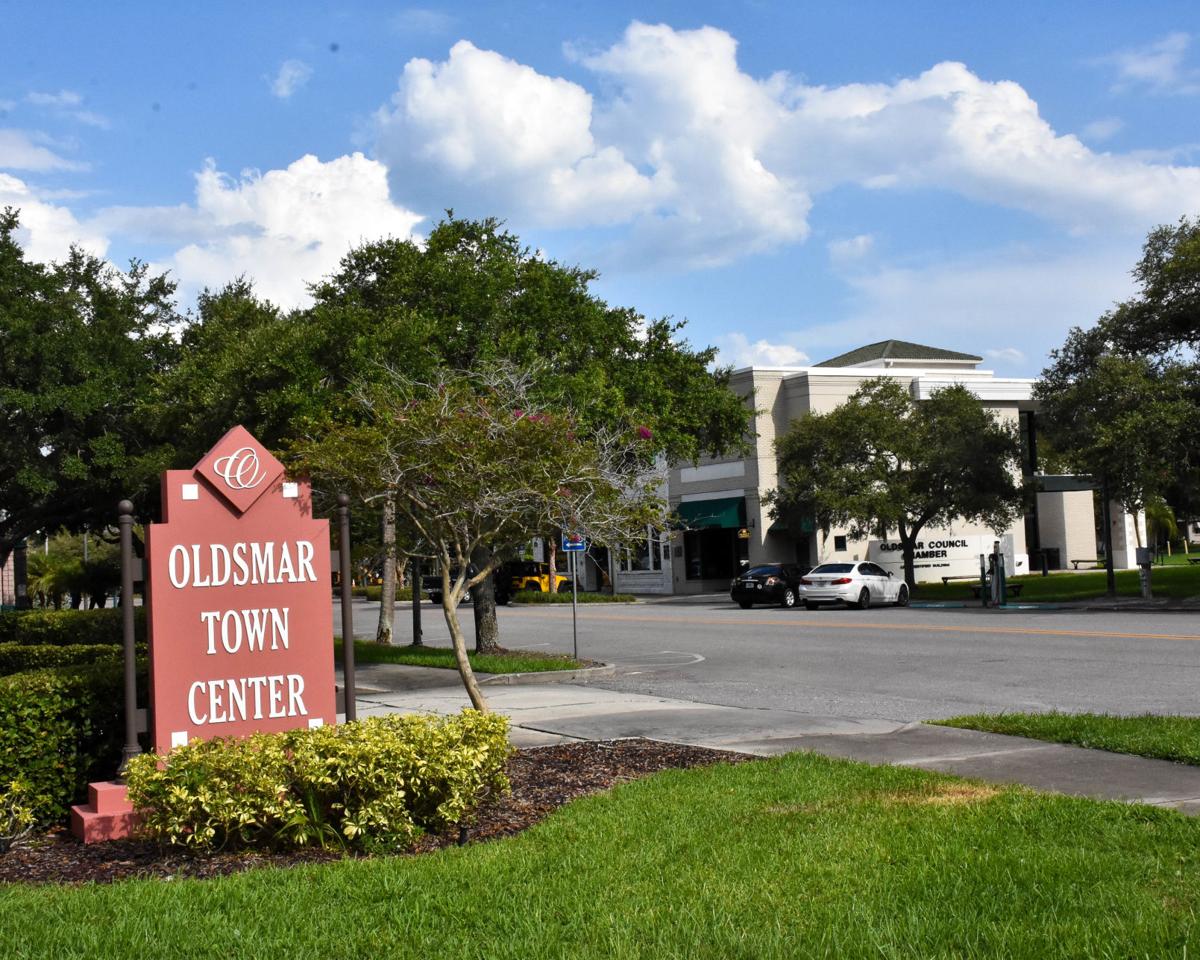 Oldsmar officials have been trying for years to build a multi-million dollar residential retail and entertainment complex on seven acres of city owned property adjacent to City Hall on State Street. 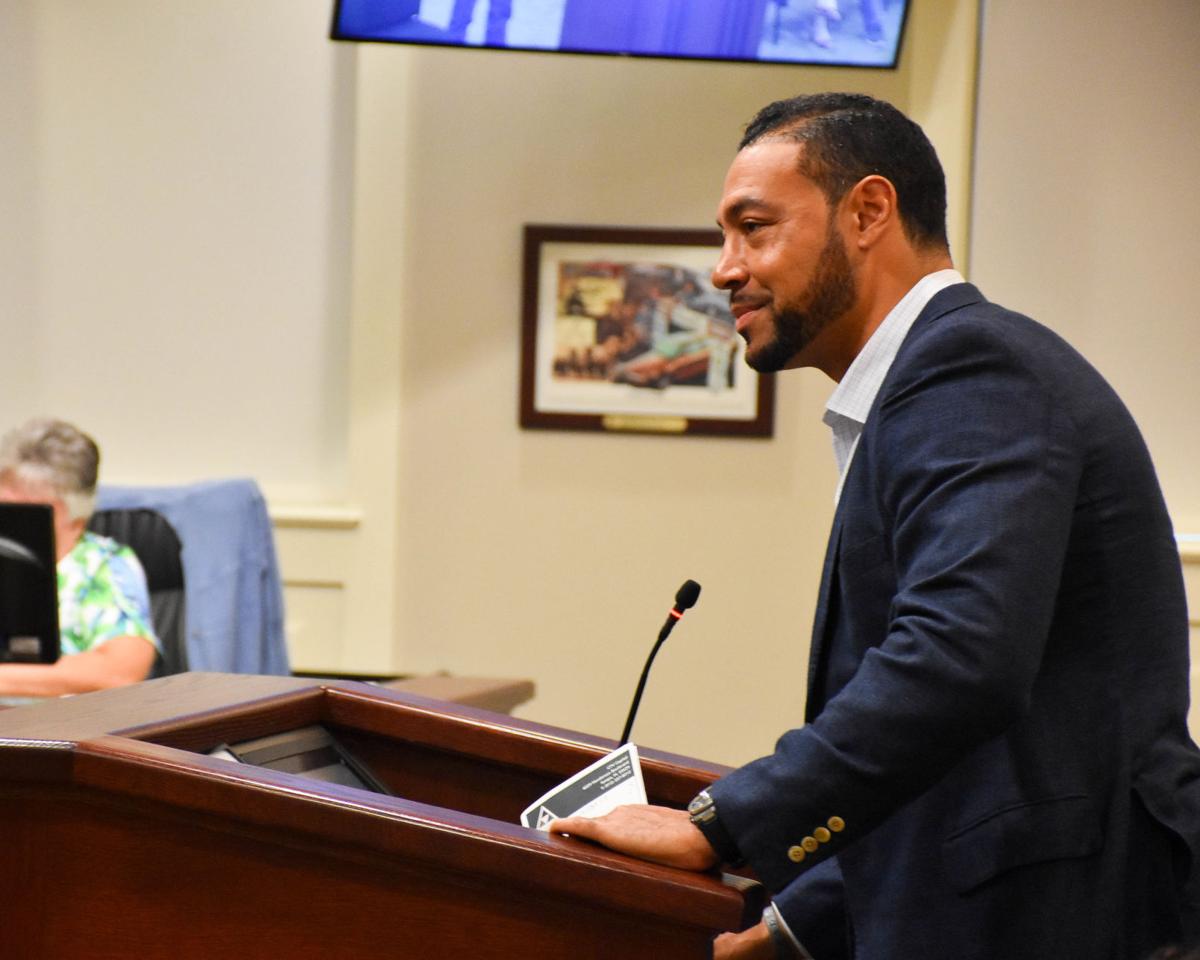 OLDSMAR — The recent history of Oldsmar’s efforts to develop a downtown district is riddled with stops and starts.

In the past few years alone, several developers and architects, even students from the University of South Florida, have presented plans for a walkable residential, entertainment and open-space complex on seven acres of city-owned property next to City Hall, yet the space remains empty today.

On Aug. 20, it appeared that was about to change as the City Council, acting in its capacity as the Community Redevelopment Agency, was prepared to rank three proposals that were submitted at a recent workshop, setting the stage for City Manager Al Braithwaite to enter negotiations with the “winning” group.

But the decision had to be postponed after the city received additional submissions in the interim.

“I need to make everyone aware … that since that meeting, we have received, essentially, three more proposals,” Mayor Eric Seidel said. Citing Florida State Statute 163.380, Seidel noted certain requirements for the CRA include “publicly advertising the details of that deal for 30 days, and during that timeline, we are required by law to accept any additional proposal that might come from the development community.” He noted the city is “obligated to evaluate” any new proposal “and treat it as if it was part of the original group.”

The mayor then recommended tabling the ranking until the new proposals could be properly vetted.

“The good news is, nobody got ranked second or third,” Seidel said. “The bad news is clearly it’s a delay.”

After receiving unanimous approval to delay the vote, the decision was met with shock by members of one development group.

“I was surprised there wasn’t a vote today,” Vincent Jackson, CEO of CTV Capital, an investor in the development proposal submitted by DFMAR LLC, said outside the council chambers. “We gave away a lot of the ingredients of our proposal. So, everybody has seen our plans.”

Tampa architect Francisco Semsch is the managing member of DFMAR LLC. In March, Semsch declined to discuss details of DFMAR’s proposal, but said it would turn downtown into a “happening place.”

Jackson, a former wide receiver, retired from the National Football League in 2018, after four seasons with the Tampa Bay Buccaneers and two seasons on injured reserve. Jackson spent the six seasons prior to his joining the Bucs with the San Diego Chargers.

Jackson formed real estate and development firm CTV Capital in 2012, when he signed a five-year, $55 million contract with Buccaneers.

While the other two proposals focused on building a high-end boutique hotel on one acre of the property, DFMAR’s master plan included developing the entire seven-acre parcel, with the city contributing the funds for a parking garage.

Despite the disappointing setback, Jackson said he and DFMAR would wait for the next step in the process.

“We believe in our plans, and we’re not going anywhere,” he said. “We want to be a part of this.”

During a work session on Town Center architectural designs standards the next day, Seidel addressed the latest twist in the ongoing downtown development saga.

“I don’t think anyone expected us to table things last night,” he said. “I think it’s good for the city, but I don’t want anyone to think we weren’t operating in good faith.”

The statute, the mayor added, is intended to prevent “shady deals, but unfortunately the rules make the people doing things the right way feel like we’re not acting in good faith, and that’s not the case.”

The discussion quickly turned to how the CRA is supposed to fairly evaluate proposals that include varied components and differing terms.

“How do we pick?” Council member Linda Norris asked, noting some proposals, like DFMAR’s, contain a full Master Plan for the site while others focus on just a hotel and a parking garage.

Seidel said there are two master plan proposals and three centered on hotels, but he noted Braithwaite is going to work to get similar proposals and concept plans. “So we’re looking at apples to apples, so we can come back and be able to say to the City Manager, ‘this is what we like best, go negotiate,’” Seidel said.

He also said no matter which group they select, a parking garage is going to be the key component and the city will have to pay for it in some way, shape or form.

“If the city doesn’t build a parking structure, there will be no downtown,” Seidel said, noting the five- to six-story structure could cost upwards of $10 million dollars. “To me, that’s the financial reality of this, and it’s nothing new.”

Afterwards, the mayor spoke about the latest setback.

“I’m excited the interest in the project has grown so much so fast over the past five months,” he said. “Having said that, I’m still anxious to get started and this is a part of the process to make sure it’s done right, and we get the best results.”

When asked for an estimate of when the complete package of proposals could be voted on, Seidel said, “I believe we’ll know relatively quickly. I would’ve liked to have made a decision last night, but the delay could ultimately be worth more to the city.”