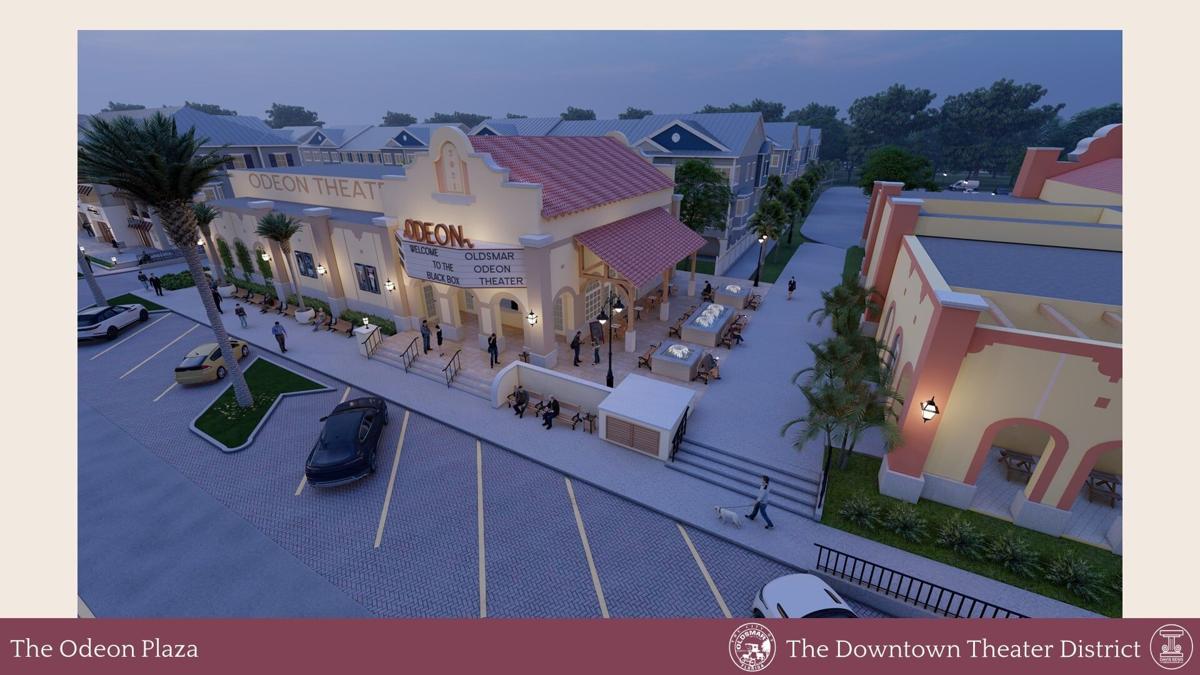 The planned development of downtown Oldsmar now includes a mixed-use project from North Carolina-based Woodfield Development that features residential, commercial and park space on a portion of the 10-acre lot next to City Hall. 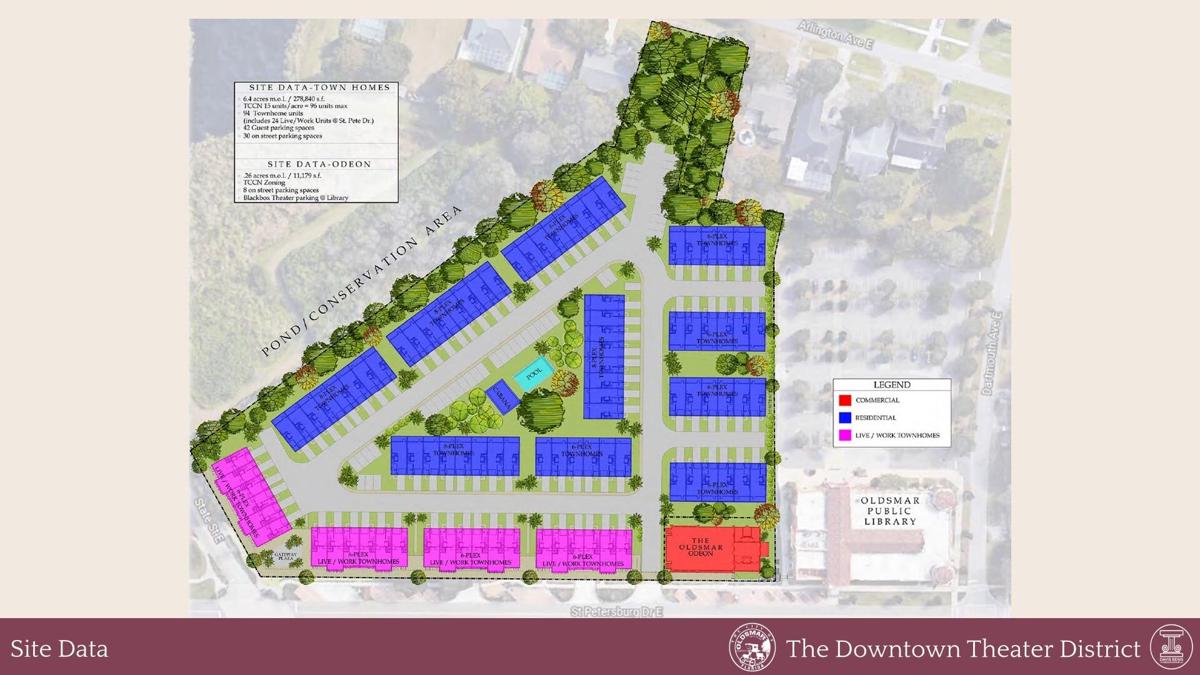 The planned development of downtown Oldsmar now includes a 90-unit live/work town home complex complete with a “black box” theater on St. Petersburg Drive next to the Oldsmar Public Library. 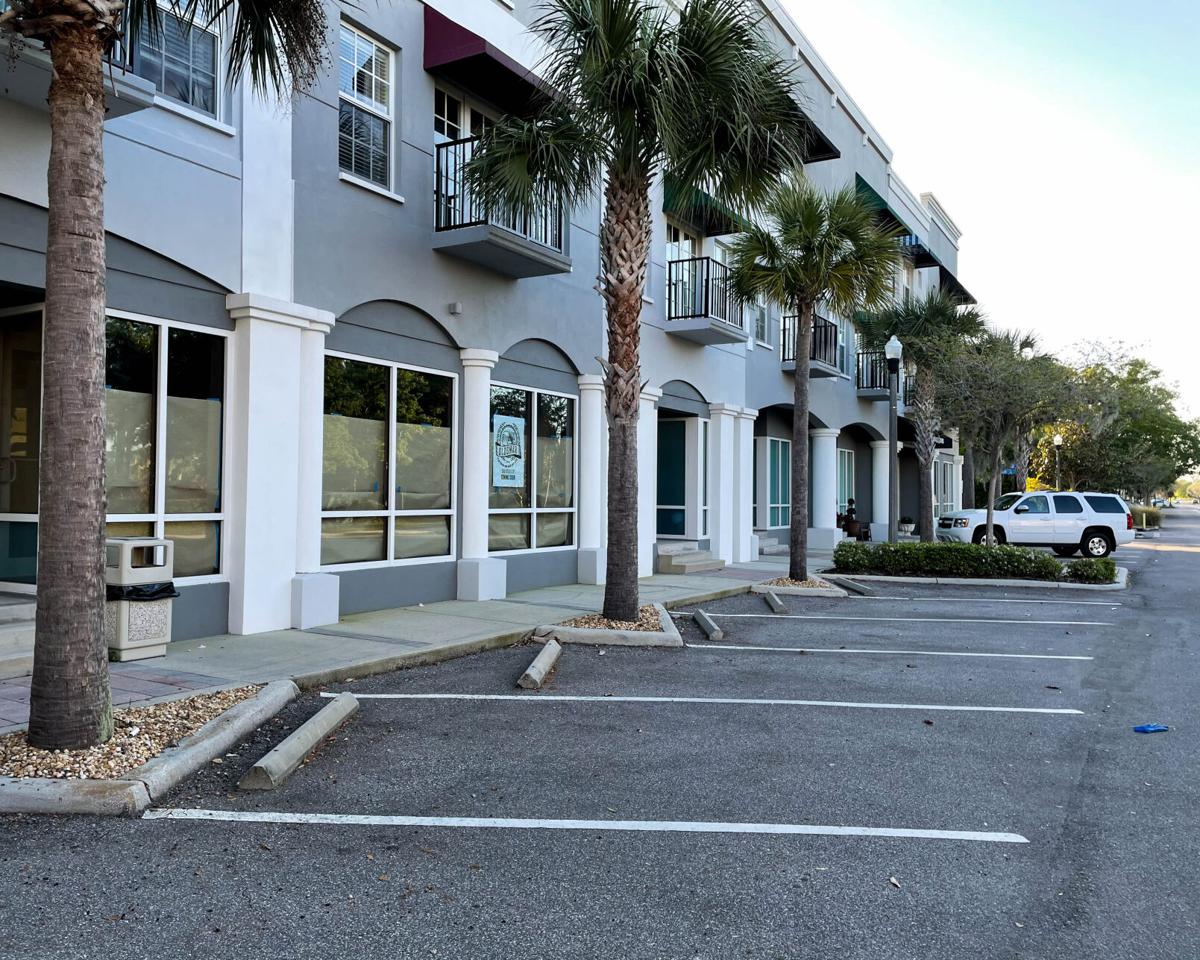 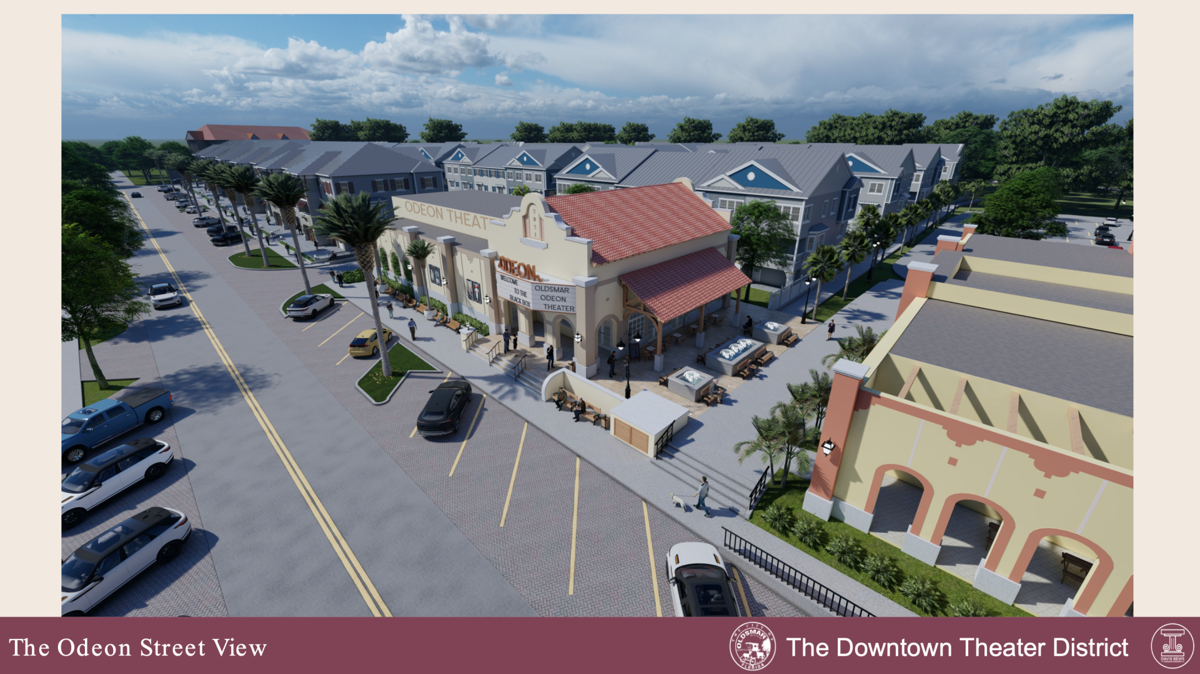 The planned development of downtown Oldsmar now includes a mixed-use project from North Carolina-based Woodfield Development that features residential, commercial and park space on a portion of the 10-acre lot next to City Hall.

The planned development of downtown Oldsmar now includes a 90-unit live/work town home complex complete with a “black box” theater on St. Petersburg Drive next to the Oldsmar Public Library.

OLDSMAR — The Oldsmar Town Center project has undergone so many incarnations and iterations over the past decade-plus that, at this point, it feels like the only thing that’s been running longer is “60 Minutes.”

Determined to get the project off the ground, Mayor Eric Seidel made building a mixed-use development on 10 acres of vacant land next to City Hall a top priority when he was elected in 2019. That September, the council selected a local developer to build a boutique hotel and parking garage on a portion of the property that would act as the cornerstones of the project. The council also chose an out-of-state firm to construct a 3-star chain hotel at the opposite end of State Street on St. Petersburg Drive with the idea that the projects would act as bookends for the long-planned walkable downtown district.

But, due to the coronavirus crisis and other factors, both deals fell through. So, the council recently decided to go in a new direction by agreeing to move forward with two new proposals — a mixed-use complex featuring residential, commercial and park space next to City Hall and a 90-unit live/work town home development with a “black box” theater next to the library on St. Pete Drive. Both projects are in the preliminary stages and could dramatically change the face of and spur the overall development of downtown Oldsmar.

“The pandemic slowed progress on the (Oldsmar Town Center), because it was clear we had more important issues to deal with first,” Seidel said via email following the April 6 council meeting, where members unanimously agreed to move forward with the Oldsmar Theater District proposal presented by local architect John Bews on behalf of developer Devon S. Rushnell. “The creation of the ‘Theatre District’ is a major step up from a traditional hotel and standard townhomes. The new proposal offers 24 retail spaces starting at State Street down Pete Drive and ends with a community ‘Black Box’ theater for live entertainment next to the Library.” According to Bews, the intimate theater, named the Oldsmar Odeon in the plans, would be built as part of Phase 2 of the project’s overall development, and the city would own and operate the facility.

On March 16, the council also agreed to enter negotiations with a North Carolina developer for a mixed-use project that would include 316 apartments and 25,000 square feet of commercial space as well as public park space and other amenities on a portion of the City Hall land. According to officials, Woodfield Development would become the “master developer” for the entire project, which would include it eventually bringing in a hotel developer to build the boutique hotel with rooftop bar.

“Having the boutique hotel/rooftop bar at City Hall move to phase two of the development is not a problem, as long as the retail and residential moves forward,” Seidel wrote of the decision.

Though the mayor publicly expressed his reservations about Woodfield’s preliminary plans having residential units fronting the public park, calling it a “potential dealbreaker” if it’s not changed to retail, Seidel wrote that he is “excited to watch the progress with the Woodfield Development Group.”

Regarding the overall downtown development, Seidel said the new projects represented “a perfect way to create a walkable Town Center and connect them all together.”

Price lives near the Galleria building at the intersection of State Street and St. Pete Drive is banking on the future of downtown Oldsmar by resurrecting the beloved Oldsmar Taphouse in its old Galleria space.

“I wanted to do it because I love it here,” Price said during a recent tour of his under-construction spot, officially called the Oldsmar Taphouse and Golf Cart Bar, which he hopes to have open in time for Oldsmar Days on April 23. “This is the start of the development from here to City Hall.”

Price said plans for the 1,600-square-foot space include starting with a dozen craft beers before expanding to around 30 as well as serving “gourmet pizza, seafood and sandwiches.” He said it would have railings along the windows facing State Street with an emphasis on creating a fun, casual atmosphere.

According to Seidel, Price is the kind of businessman who brings an instant credibility to the area.

“The new Oldsmar Taphouse & Golf Cart (Bar) in the middle at the Galleria is going to serve as a key component of the new walkable downtown district,” he wrote, noting the council recently approved an outdoor dining ordinance with the new taphouse in mind.

When asked why he choose to start his latest venture in a half-empty office building in what is currently more of a ghost town than a downtown, Price replied, “Because it’s downtown Oldsmar. We need this here … and this is where we want to be.”

A previous version of this article misrepresented Tom Price’s affiliation with the Olde Bay Café and Hog Island Fish Camp in Dunedin and Water Oak Grill in Safety Harbor. Price was an employee at Water Oak Grill and is not the owner of any the establishments.