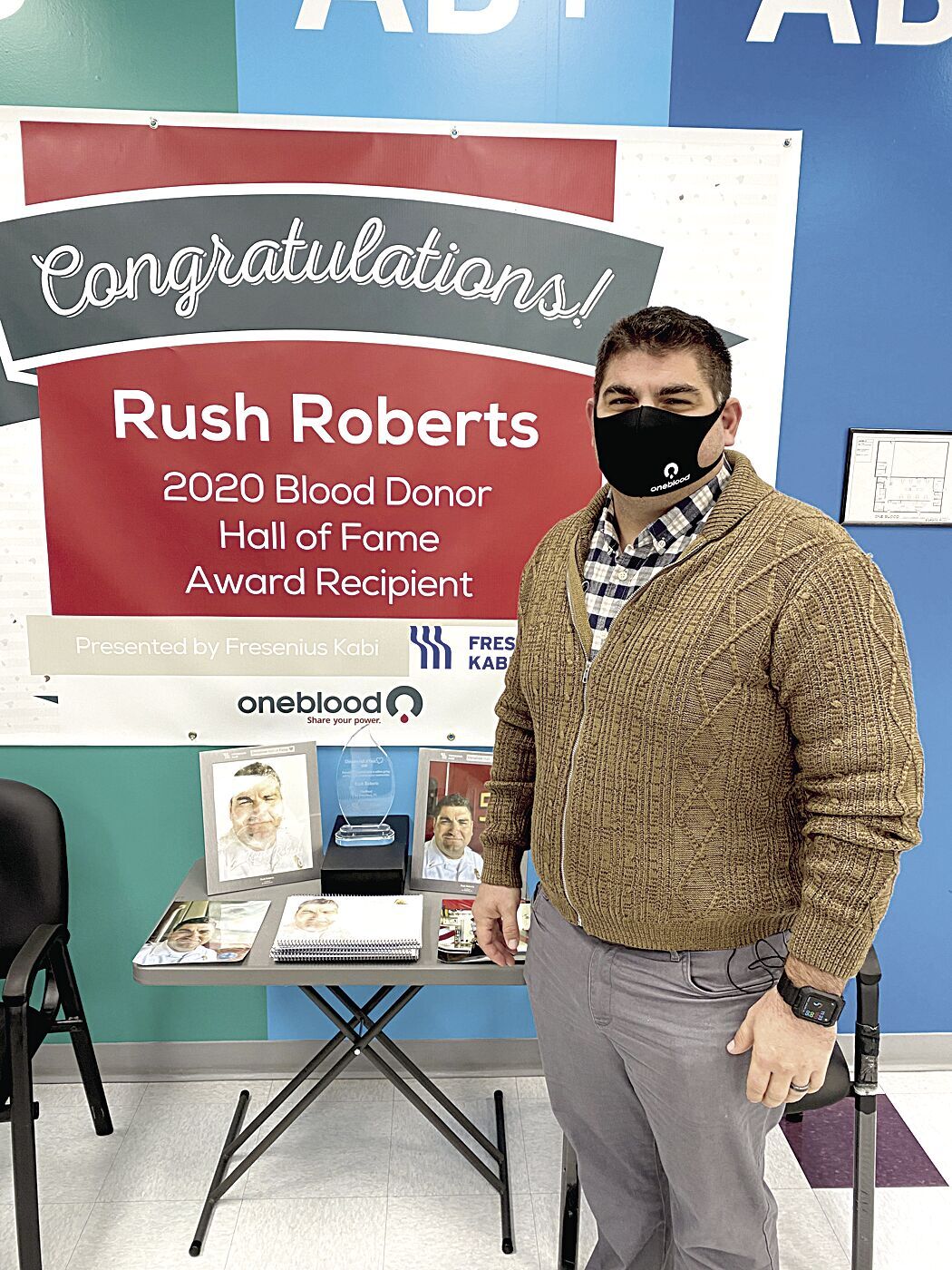 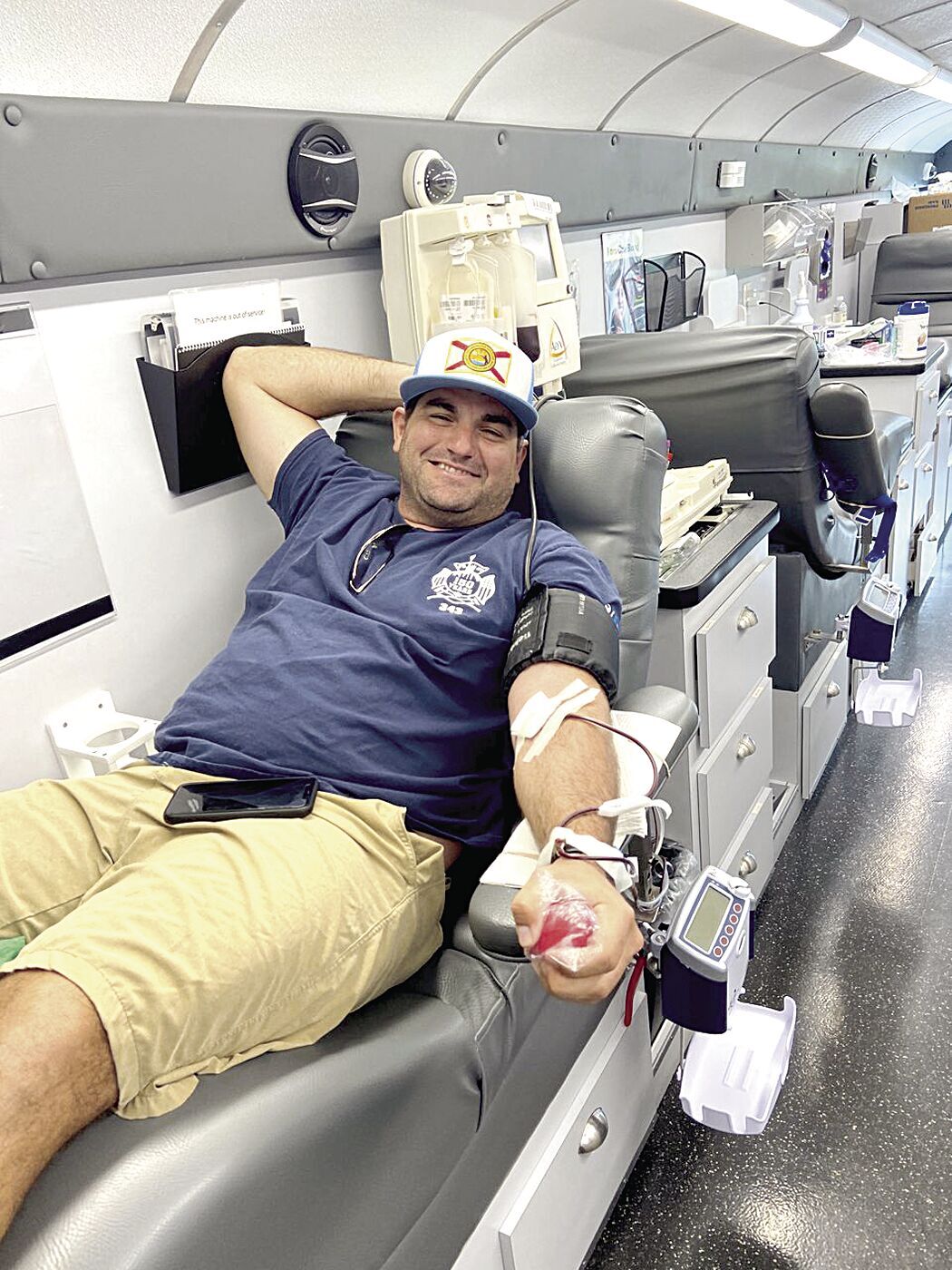 Rush Roberts helps save lives in many ways.

Though the Tampa firefighter and paramedic has endured COVID-19, pneumonia, and other medical conditions, Roberts is a special donor for OneBlood and looks forward to continue helping others again at the Palm Harbor donation center.

"I'm on the road to recovery," Roberts said. "I had multiple blood clots in both of my lungs, upper and lower."

He learned recently his lungs were clear, but he has to be on blood thinners for a couple of months.

"Once I get off the blood thinners, I will be happy to start donating again if I'm eligible," he said.

Roberts contracted COVID last year and was hospitalized with symptoms, but as soon as he recovered, the first thing he decided to do was give convalescent plasma.

The antibodies in the plasma donors' bloodstreams help COVID patients in their fight against the virus.

Rush was the first donor at the center to come back and donate his second round of convalescent plasma and schedule his third.

One of Roberts’ biggest eye openers was during the first time he gave plasma; he told a OneBlood employee that he hopes he is informed if his plasma is used to help someone.

She said it would be used the next day — every bit of it.

"To know that what you're giving was going to be used tomorrow to help someone survive was kind of a no-brainer for me after that," he said. "I was asking, ‘So when is the next time I can come in, next month?’ … That's what I kept doing until I eventually got to a point where I was sick and couldn't do it anymore."

One Blood announced in November that Roberts was inducted into the Fresenius Kabi Blood Donation Hall of Fame. Roberts called such an honor "surreal and amazing."

Kabi is a global health company that makes equipment used by donors at blood centers around the world.

Donors have been giving convalescent plasma at OneBlood since April.

"These are donors of a higher calling doing this, and I think he (Roberts) is definitely one of those," said Pat Michaels, a spokesman for OneBlood.

Michaels also noted that OneBlood has a lot of front-line donors, such as police officers and paramedics.

"I think there is a level of understanding of the need for blood donations. They get it. He is one of those," Michaels said.

Every blood donation at OneBlood is tested for COVID antibodies. Donors who test positive for the virus are contacted and asked if they would be willing to donate convalescent plasma, Michaels said.

Roberts, who also gives blood, was quarantined for 21 days. Married with two children, nobody else in his immediate family had the virus. He lives about 15 minutes away from the Palm Harbor donation center at 33825 U.S. Highway 19.

He said it has been a crazy year and looks forward to things getting back to normal — which means donating plasma again.

"As long as there is a need for it and I'm able to do it, I'll gladly keep doing it," he said.