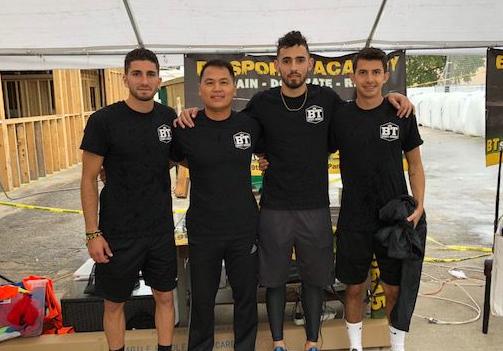 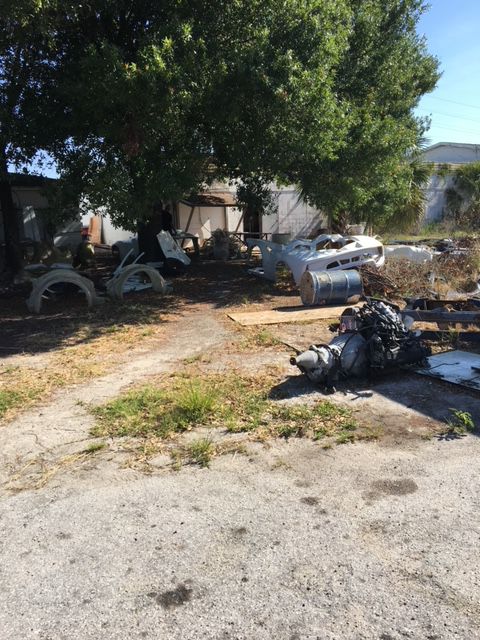 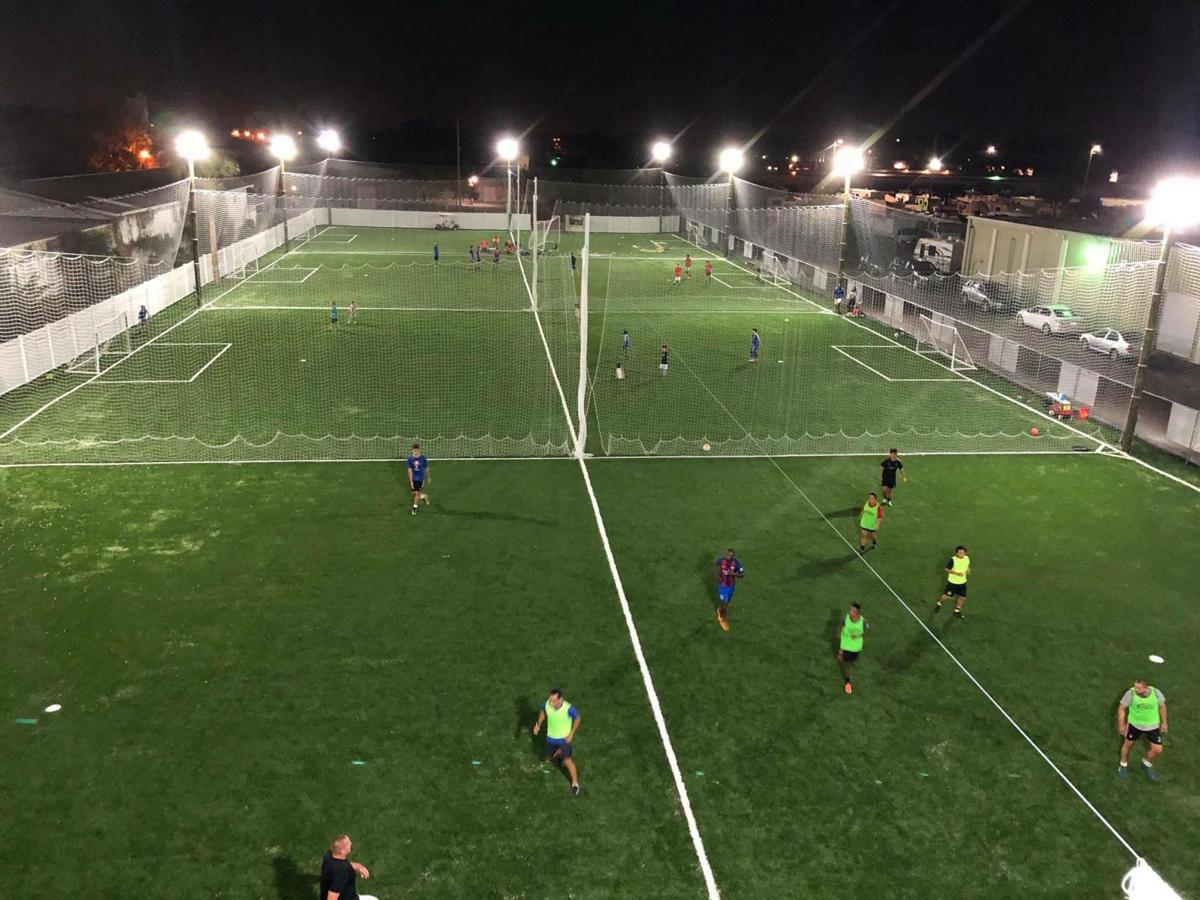 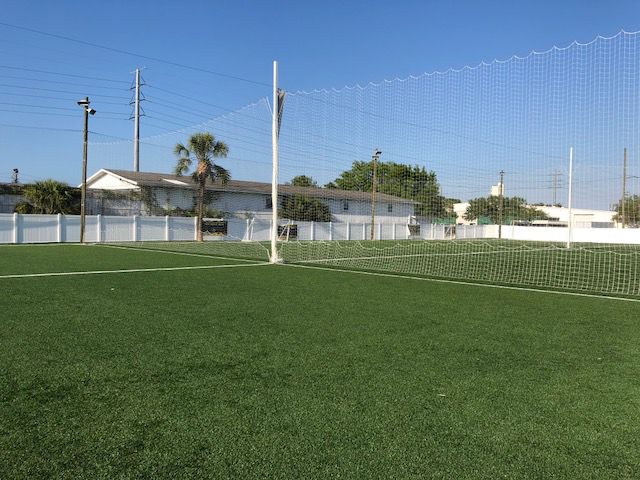 PINELLAS PARK – When the recession hit in 2007, like many people across the country, Bruce To found himself in a financial crunch. At the time, he owned a mortgage and title company, and the economic collapse forced him to shut his doors and lay off his staff.

While out of work for the next year, he struggled to figure out his next move. During this time period, his two oldest sons, Nathan and Ethan, were 9 and 7 years old, respectively, and he began teaching them the game of soccer.

To has had a passion for the game since he was a high school student and wanted to share this love with his sons.

“We’d go to play in the parks,” he said, “and my sons and I were chased off every field. If you weren’t part of a club, they didn’t want you playing there.”

This reminded him of his youth, when he was priced out of joining local club teams due to extravagant costs, he said. “We couldn’t afford to play club soccer; even back in the ‘80s it cost money.”

That’s when he made a vow to himself: “I said, one day I’m going to build my own soccer complex,” something that would be accessible to players of all ages, financial situations and skill levels.

Of course, this idea got pushed to the backburner. He entered the workforce, again, working in construction and real estate development, buying, remodeling and flipping homes.

But he never forgot this vow. In November, To finally realized this decade-old dream when he opened BT Sports Academy, 6351 49th St. N., in Pinellas Park. The facility currently includes four outdoor soccer fields, where he hosts pick-up games every evening and also rents them to teams and organizations seeking training space. When he’s done with construction, the facility will also include two indoor fields, a 4,000-square-foot fitness training center and gym, meeting rooms, and Hat Trick, a restaurant and sports bar.

When he closed on the property, which operated as a junkyard for decades, in August, he knew he had a lot of work ahead of him.

“If you were here, you’d see nothing but trailer parts, boats, cars, junk that piled up over 25 years,” he said. “I still have people coming by looking for junk parts. They couldn’t believe it. They thought they were lost. I tell them we magically made it disappear.”

With the help of volunteers, he installed the outdoor fields himself, using UltraBaseSystems panels, which minimize the risk of injury, he said, and hand stretched and stapled turf over them.

“It just snowballed from there,” he said.

Many nights, he draws professional players from the Tampa Bay Rowdies and local college players who join the informal games to the delight of fans and younger players.

Though he first created the concept for BT Sports Academy 10 years ago, he recognized a long time ago – when he was a teenager – that soccer and other sports could change lives.

Born in Vietnam, To and his family moved to Tampa in 1982 to escape the communist regime.

His family owned a 40-foot-long wooden fishing boat that they used to catch and transport shrimp and other seafood.

“We also used it to plan our escape,” he said.

He, his mother, older brother and younger sister – his father initially remained in Vietnam – boarded the boat and attempted to escape under the guise of a fishing trip. While they stayed on the deck, many of the 61 people who joined them hid below.

They took a Malaysian sea route, which made them targets for Thai pirates, he said.

“They were fishermen, really, but saw a chance to rob us. It was more lucrative than fishing,” he said.

They were robbed and attacked four times, he said. During one of these robberies, his babysitter was killed.

“It was terrible,” To said. “I still remember it vividly.”

After six nights at sea, they ran out of food and water.

“We were just floating in pitch darkness, and we saw this bright light,” he said. “Gradually, it became brighter and brighter.”

It was a Dutch tanker that had just been passing by and stopped to rescue them. For six months, they stayed in a refugee camp. Then, they spent another six months in the Philippines learning English.

His family moved to Tampa in 1982, when To was 11, after being sponsored by a Lutheran Church in Temple Terrace. Eventually, they moved to South Tampa.

Unable to afford playing club soccer, he would sometimes play in local parks with other kids.

“I still remember a coach putting four cones together to make goals and letting us kick the ball around,” he said.

Then, as a sophomore at Plant High School, a friend suggested he try out for the soccer team despite having no formal training.

The sport shifted To’s priorities and helped him learn responsibility and discipline.

“It got me away from the bad crowd I was hanging out with at the time,” he said.

He played on the team for three years, serving as captain during his senior year.

Though his grades weren’t great, he was able to attend the University of South Florida. Though he wasn’t recruited to join the university’s soccer team, he tried out and was picked up as a walk-on player. He didn’t get much playing time, he said.

He also worked two jobs, at a bagel shop and as a hotel banquet server, in addition to attending classes and playing soccer. The hectic schedule began to affect his grades – they dropped after he earned straight As his first semester – so he quit the team.

“I was riding the bench, not getting a lot of time, and my grades were declining,” he said. “So I had to make a really tough decision.”

To continued to play pickup games, though, and he also played intramural soccer at USF. The team he put together for intramurals even won that season.

Since then, his love for the sport has never faltered. So, BT Sports Academy is “a dream come true,” he said.

He added, “Most people think I’m crazy for doing this. They didn’t believe it. It’s amazing to see this dream from 10 years ago be a reality.”