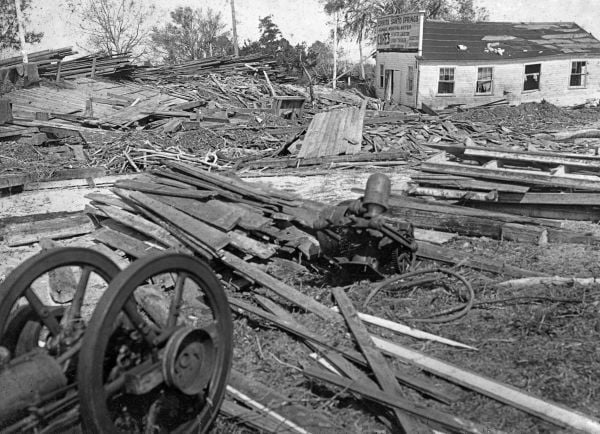 Wreckage of Safety Harbor Springs pavilion after the 1921 hurricane. 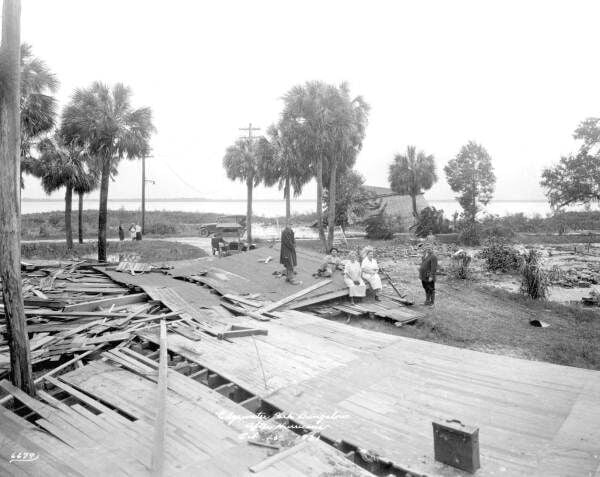 Edgewater Park bungalow, destroyed by the hurricane of 1921. 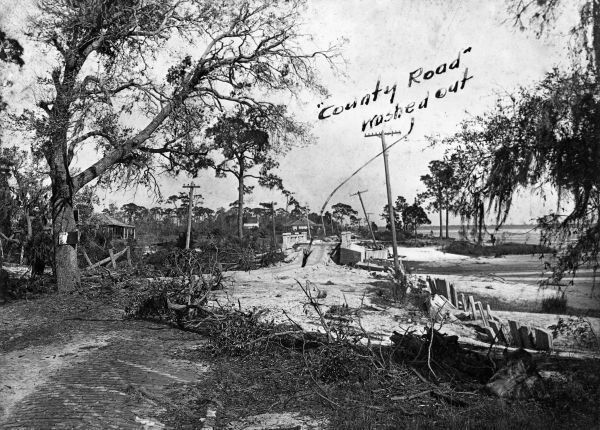 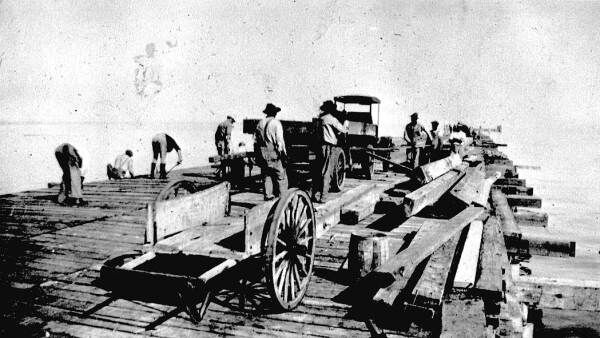 Rebuilding the St. Petersburg pier after the 1921 hurricane. 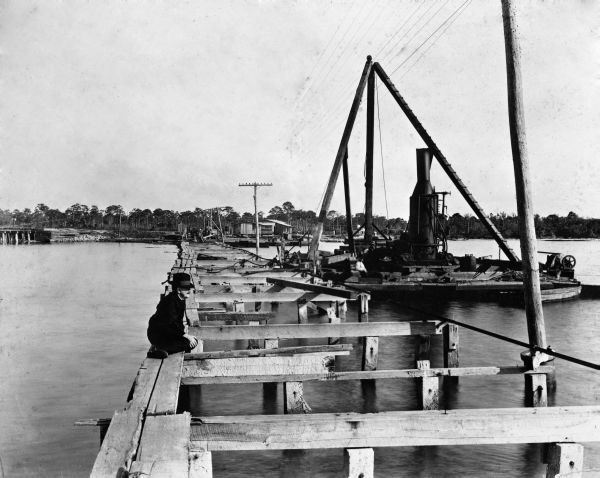 Remains of Seminole Bridge destroyed by the hurricane on Oct. 26, 1921. 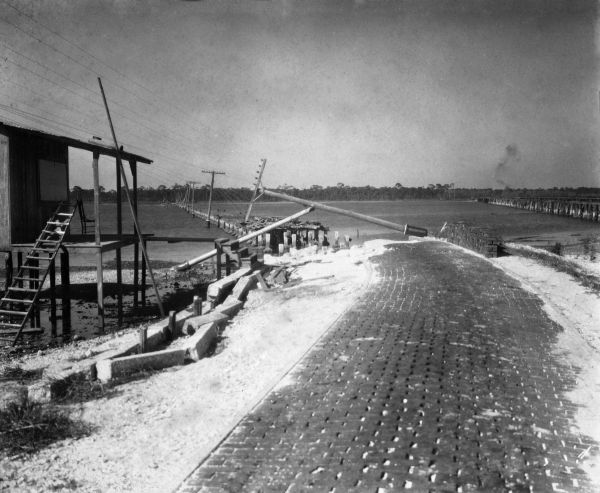 Seminole Bridge destroyed by the 1921 hurricane. 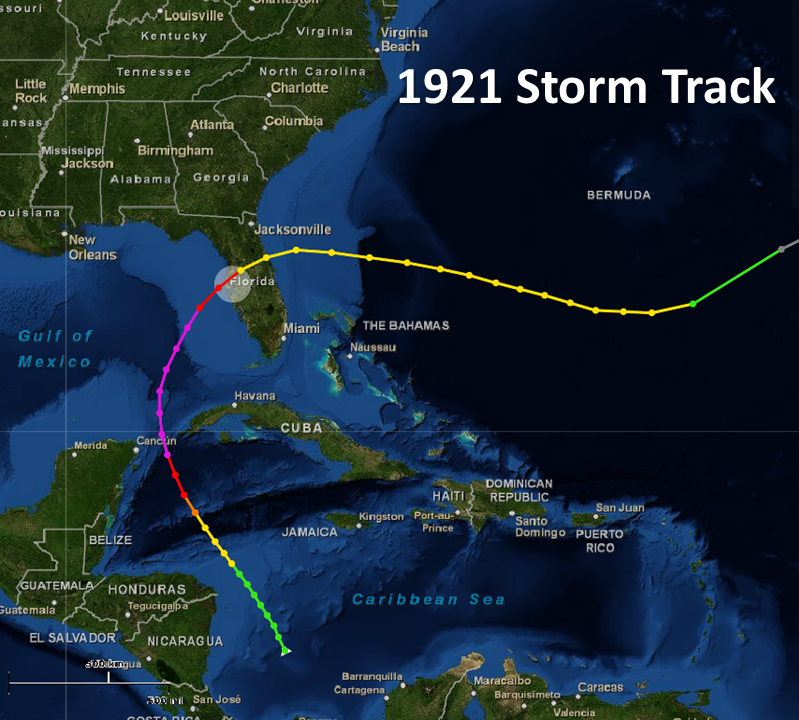 This storm track shows the path of the Tarpon Springs Hurricane, which devastated Pinellas County in October 1921. 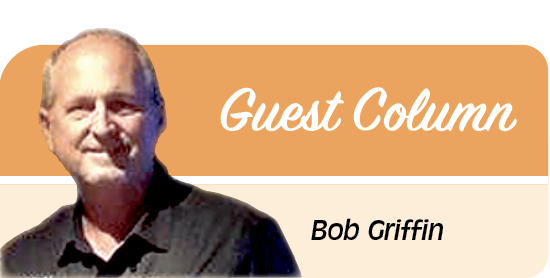 Wreckage of Safety Harbor Springs pavilion after the 1921 hurricane.

Edgewater Park bungalow, destroyed by the hurricane of 1921.

Seminole Bridge destroyed by the 1921 hurricane.

This storm track shows the path of the Tarpon Springs Hurricane, which devastated Pinellas County in October 1921.

Do you remember the Hurricane of 1921?

Probably not. It was 100 years ago this year.

In fact, that was the last hurricane to hit Pinellas County.

Sure, there have been other close calls. But this was the last one to actually hit us, according to meteorologists and historians, who do not consider a hurricane “hitting” the county unless a part of the eye passes over.

They called the last one “The Hurricane of 1921” (or the “Tarpon Springs Hurricane”) because back then, they did not give hurricanes names. Naming hurricanes started in 1950. Before that time, hurricanes were named by their date, or the city or area they hit and/or where they did most of their damage.

The Hurricane of 1921 hit land on Oct. 25. The hurricane formed in the western Caribbean and moved northeast toward Tampa Bay. The eye of the hurricane passed over Tarpon Springs.

Due to the reverse-clockwise circulation, most of the damage and flooding was to the south and inland, in the Tampa area. It is estimated that this hurricane was a Category 3 — producing sustained winds of approximately 115 mph.

Each city along the west coast of Pinellas had flooding. The barrier islands went underwater.

Major flooding was reported in Tampa, Oldsmar, and south of here in Bradenton and Sarasota.

Caladesi Island used to be connected to Honeymoon Island back then. The hurricane cut a new pass between them that still exists today. It is appropriately named “Hurricane Pass” on area navigation charts.

A report on the front page of the St. Petersburg Times the next day reported that Pass-a-Grille was virtually wiped out and 150 people died. The American Red Cross and U.S. Navy rushed pine caskets and relief supplies to the area — but no bodies were found. The next day the Times printed a retraction that no one had died and Pass-a-Grille still existed.

Most of the storm surge was diverted into Tampa Bay via the shipping channel. Flood surge in Pass-a-Grille was reported between 5 to 7 feet. A hotel and beach pavilion were destroyed, as were many beach cottages. But no one died.

The Indian Rocks Beach Pavilion (later named the Brandon Pavilion) was knocked off its foundation and later sold.

The Casino in Gulfport was destroyed — but later rebuilt.

All the wooden buildings at the Pinellas County Fairgrounds in Largo were rendered unusable.

Many buildings in Clearwater on the mainland were severely damaged, including the Clearwater Ice House, the City’s power plant, a movie theater and a hotel. Many residences, small and large, were damaged or destroyed. Newly installed electric and phone lines were downed, leaving the city without power or phone service for months.

The city of Oldsmar, located in the northwest corner of Tampa Bay, was devastated by storm surge, estimated to be up to 6 feet. Many homes there were practically demolished. Although no one was reported dead in Oldsmar, many cattle were reported drowned.

I interviewed a resident of Oldsmar about 10 years ago who experienced the Hurricane of 1921. She said the water surrounded their house 4 to 5 feet deep. They brought their farm animals — chickens and cows — up on the front porch to protect them.

There used to be six public piers off downtown St. Petersburg. The Hurricane of 1921 knocked them all down. The city quickly rebuilt one of them, nicknaming it the Million Dollar Pier. It opened in 1926.

Tides in downtown St. Petersburg were said to be 8 feet above normal. Many ships and fishing boats in the harbor were capsized or sunk. The St. Pete Beach Hotel was destroyed. The offices of the St. Petersburg Times were under water. The staff had to work with oil lanterns to get that now famous issue out by the next day. Two of the 8 deaths happened in St. Petersburg — one had a heart attack and one had a roof fall on him in the wind.

In Tampa, the storm surge was much higher — 10 to 12 feet. The hurricane brought sustained winds of 75 mph. Winds were manageable, but most of the damage came from flooding. Much of downtown Tampa was flooded. Most of the worst flooding was along Bayshore Boulevard and its expensive waterfront homes.

After 1915, businessmen started to build bridges across the Intracoastal Waterway in places like Indian Rocks (1916), Pasadena to Blind Pass (St. Pete Beach), Clearwater to Clearwater Beach, and in Seminole (near today’s Bay Pines). All of them were knocked down except the one in Indian Rocks Beach. The bridge in Indian Rocks was shorter and stocky. A fish house, however, broke loose and became lodged under the bridge for about a week.

One of the main casualties of the October storm was agriculture. Crop damage in Pinellas was extensive. Pinellas County was 90% farm and citrus land back then. There was an estimated $1 million in crop damage, as 50-70% of the fruit and citrus crops were lost.

Another casualty was tourism and real estate. Word got out up north that Pinellas was devastated and likely to be hit again by other hurricanes.

Actually, relatively few people were reported dead. Officially, eight. That is partially due to the fact that few people lived in Pinellas compared to today. The Census of 1920 reports that only 28,300 people resided in Pinellas then. Compare that to over 985,000 today!

Local officials and Realtors — and later the media itself — attempted to cover up and downplay the damage because it threatened to distort Tampa’s advertised image as the “Year Round City.”

On Oct. 28, days after the storm hit, the Tampa Tribune stated that “everyone is accepting the storm as a one-time incident and all are working together to rebuild the devastated areas ... with a firm conviction that there will not be another storm of such severity during the life of anyone now living.”

Bob Griffin is a local historian and publisher of Beach Neighborhood Newsletters.

On Oct. 25, it will have been 100 years since a major hurricane impacted the Tampa Bay area. The 1921 Tarpon Springs/Tampa Bay Hurricane caused widespread destruction across west central Florida. It brought 120 mph winds and storm surge of up to 11 feet with it, causing eight fatalities and what would equate to around $120 million in damages today.

The National Weather Service has created a detailed story map that details the storm and its impacts across the greater Tampa Bay area, gives a model reanalysis, and highlights safety and preparedness lessons.