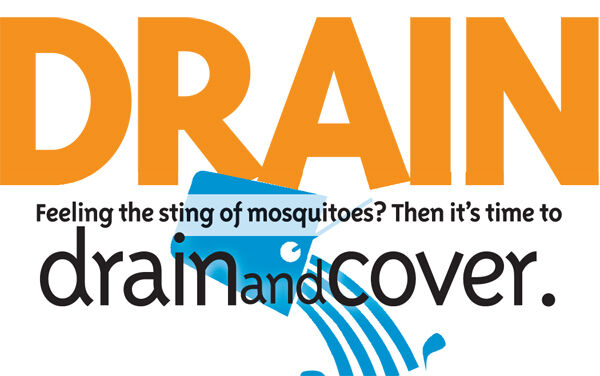 Drain and cover are the two best ways to defend against the bite of mosquitos. 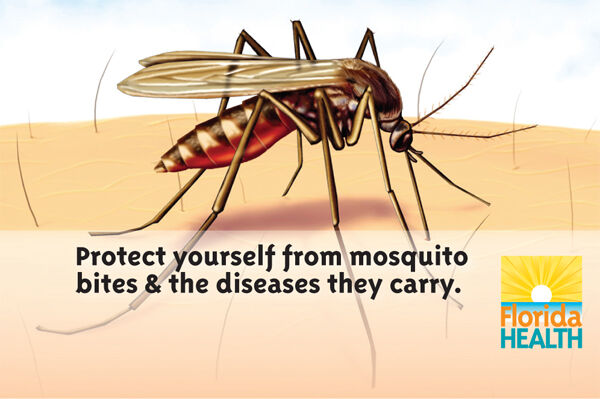 Drain and cover are the two best ways to defend against the bite of mosquitos.

Mosquito season and rainy season are perfect partners. Florida’s mosquitos love the heat of the summer plus the water and humidity the rainy season brings.

Unfortunately, there’s nothing lovable about the pesky insects that make it difficult for people to enjoy spending time outdoors. And their bite can spread deadly diseases to humans, horses and other animals.

Health officials say the best methods to protect against mosquitos is to practice the three’s: Drain or cover standing water; Dress in loose, light-colored long sleeves and pants; and Defend by using a repellant recommended by the Centers for Disease Control and Prevention.

Rainy season runs from late May to September, bringing plenty of moisture to replenish breeding grounds for all species of mosquitos, especially the Aedes aegypti, aka the dreaded ankle biters. According to Pinellas County Mosquito Control, the Aedes aegypti has adapted to living in man-made containers and it thrives in standing water that accumulates around homes and businesses. They are the No. 1 species found when technicians respond to service calls.

Aedes aegypti need only 1/4-inch of water to complete their life cycle. The best defense against them is to drain every container that can hold water around your home — even containers as small as a bottle cap.

Containers should be emptied once a week. Don’t forget pet dishes and bird baths, as well as other places where water collects, including flowerpots, wheelbarrows, tarps, toys, garbage cans and recycling bins.

Other measures should be taken for things that can’t be easily dumped. For example, drainage holes should be added to recycling containers. Wheelbarrows and wading pools should be turned upside down when not in use. Gutters should be cleaned once a year or when they get clogged. Rain barrels should be covered with a 1/16-inch mesh or screen.

Ornamental pools should be aerated or stocked with mosquito fish. Bromeliads should be flushed at least once a week or sprinkle the center with Bti about once a month. Swimming pools should be cleaned and chlorinated regularly. Standing water should be removed from pool covers.

Ankle biters don’t fly far, according to the experts at Mosquito Control. If you have a mosquito problem after removing standing water around your home, check with your neighbors that live up to three houses away. Ask them to drain their containers.

Aedes aegypti are active during the day and in the evening, but other species are mostly active at night. People should defend themselves against mosquito-borne diseases at all times and avoid being bitten. Wear a CDC approved repellant, such as DEET, picaridin, IR3535 or oil of lemon-eucalyptus. Also, wear light-colored, long-sleeved shirts and pants.

Mosquito-borne diseases found in Florida include Zika, West Nile Virus, St. Louis encephalitis, Eastern equine encephalitis, canine heartworm and others. In addition, infected travelers can bring others back where they can be transmitted. Examples of those diseases include chikungunya fever, dengue fever, malaria, yellow fever and Rift Valley fever.

It may take from two to 14 days after the bite of an infected mosquito before people become sick. Some may not get sick at all.

Symptoms include high fever, headache, fatigue, dizziness, weakness and confusion. West Nile may also cause a rash or muscle weakness. People with fever and a bad or unusual headache should see a doctor as soon as possible. There is no cure, but symptoms can be treated.

Florida has a strong monitoring program to quickly alert of disease in a community. One method used statewide is sentinel chickens, which are caged in locations throughout a county. They are tested regularly to look for virus antibodies. If antibodies are found, it is reported to the state and an advisory is issued.

Mosquito control technicians then respond to the area where infected chickens are found to step up control methods. The public is alerted so they can help by removing standing water. The public also will be aware of a greater need to cover up and use repellant.

Dead birds can be a sign that West Nile Virus is in an area. DOH advises people not to touch dead birds. Instead, report them to the Florida Fish and Wildlife Conservation Commission at www.myfwc.com/bird or call 850-488-4676.

Health experts stress the importance of prevention using the three D’s. There is no vaccine to protect people from diseases spread by mosquitos. There is no cure.