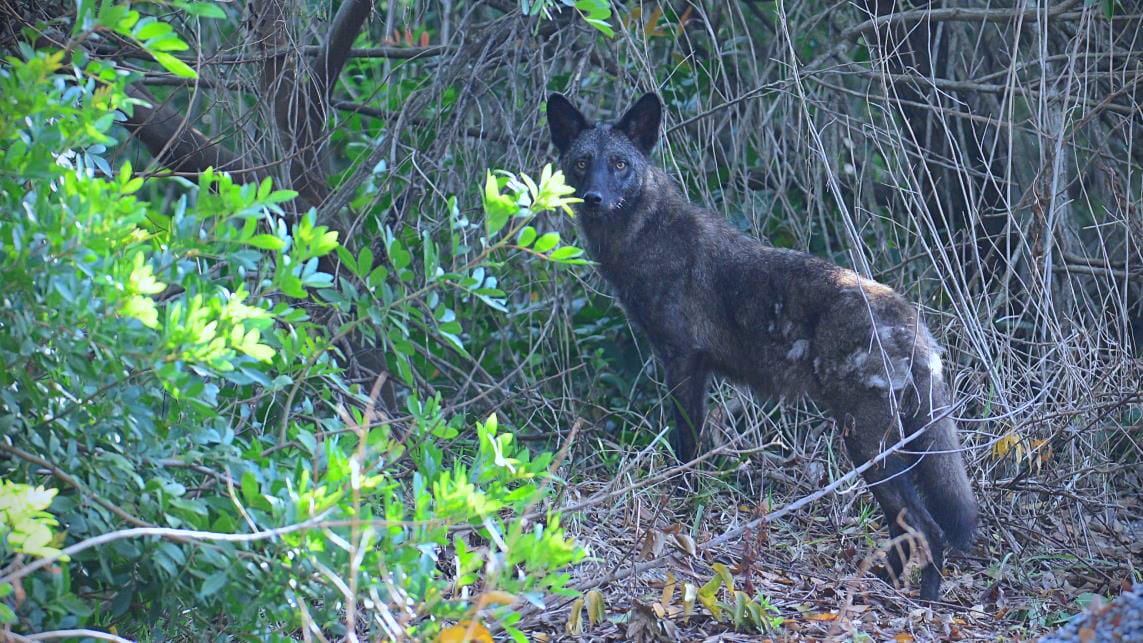 FWC captured this photo of a coyote in a wooded area in Clearwater. 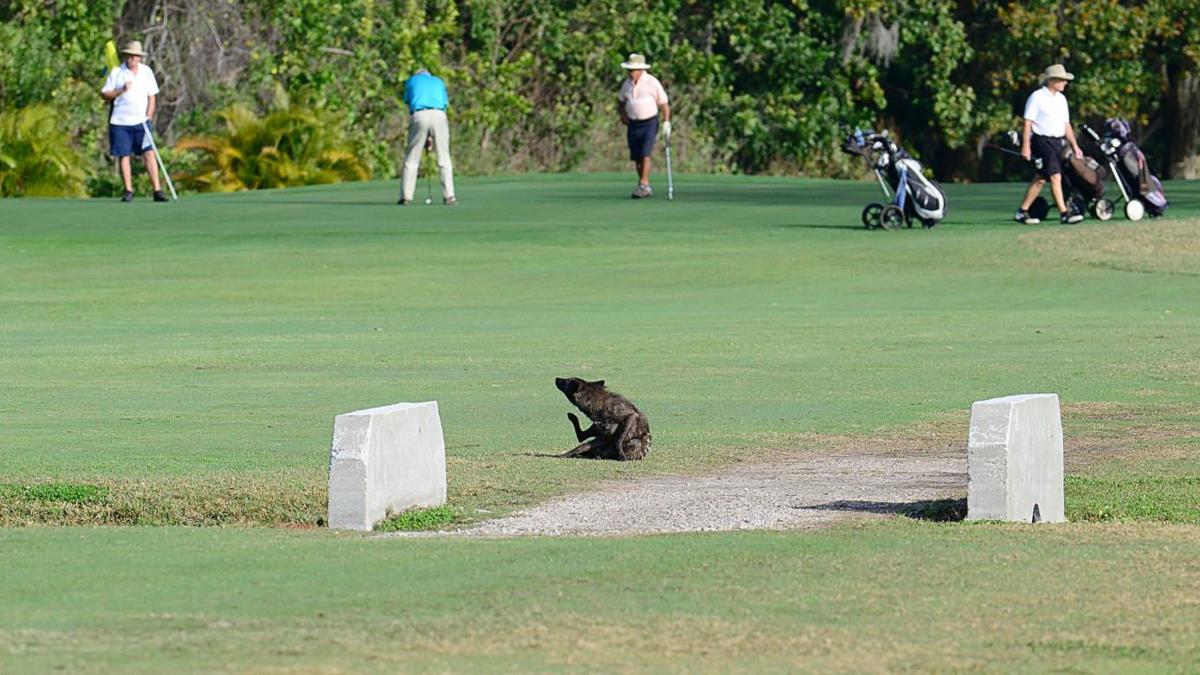 This coyote was making itself at home on the golf course at the Top of the World retirement community in Clearwater.

FWC captured this photo of a coyote in a wooded area in Clearwater.

This coyote was making itself at home on the golf course at the Top of the World retirement community in Clearwater.

CLEARWATER — Dealing with coyotes is a complex and complicated issue, Angeline Scotten with the Florida Fish and Wildlife Conservation Commission told Pinellas County commissioners during a Feb. 25 meeting.

One of Scotten’s job responsibilities is to assist the public when they have problems or conflicts with animals such as coyotes.

She said people who say coyotes are not native to Florida are correct. She showed a map of the animal’s spread across North America and Central America from 1950-2016. However, coyotes are now in all parts of the United States except Hawaii and they are here to stay, she said.

Coyotes are omnivorous, meaning they’ll eat almost anything. They do well in urban areas because they are highly adaptable. They are one of the most intelligent animals.

They mate in winter, so this is mating season for them now, she said. In spring, they’ll have their pups. A litter size is about six pups. Coyotes mate for life and both parents take care of their offspring.

Pet loss is the No. 1 issue people complain about, she said. Cats left outdoors are vulnerable, not only to coyotes but also to other species such as bobcats, alligators and large raptors. These same predators also are a threat to dogs weighing less than 20 pounds that are not on a leash and left outdoors alone.

Despite what some people believe, coyote attacks are very rare, Scotten said. From 1970-2015, about nine attacks a year are reported in the United States and Canada. In the past 45 years, only two fatalities have been reported.

Dogs are statistically more dangerous. In the United States, domestic dogs are responsible for about 1,000 emergency room visits a day, and 5 million cases a year that require medical treatment. From 2013-2018, 217 fatalities were reported.

Scotten talked about ways to prevent coyote problems. First and most important is never feed coyotes. Many residents do so unintentionally. Anything that can attract a dog, cat or raccoon can attract a coyote, she said. Residents should secure their garbage. Clean up pet food, fallen fruit and bird feeders.

Keep cats indoors. Keep dogs on leashes no longer that 6 foot for small dogs and keep your pets under supervision at all times.

Follow “hazing” recommendations, which include scaring coyotes away by waving your arms and yelling loudly. You can use noisemakers, such are air horns or vehicle horns, or try banging pots and pans. Animal Services Director Doug Brightwell suggested shaking a can filled with pennies or small rocks.

Scotten said she has been working with residents of Top of the World in Clearwater since 2018. She said she had received complaints that the coyotes weren’t afraid of people and were actually sleeping on the golf course and in the sand traps.

She made multiple visits to the retirement community with staff from Animal Services. They discovered that residents were feeding a stray dog, which meant they were also feeding the coyotes.

Scotten hazed the coyotes and they yielded to her, she said, which meant they hadn’t lost their fear of humans.

“Everyone just tolerated each other,” she said.

FWC created a hazing video and assisted with signage instructing residents about hazing to avoid tolerance by the coyotes and the residents. The commission made two public presentations to help teach residents how to combat the problem.

“Now there are no problems,” she said, adding FWC would return to assist if needed.

Commissioner Dave Eggers asked about the ongoing debate over FWC’s refusal to remove and relocate coyotes. He said he had been told coyotes would just produce more if they were removed in an area.

Scotten said it was true. She said locally suppressing the population in one area would increase production in another. She said if the coyote population in Clearwater was reduced due to trapping or even a disease, because of an increase in available food and space, coyote production would go up in other areas.

Commissioner Janet Long wanted to know if they always traveled in packs. Scotten said they were mostly solitary animals; however, family groups would travel together, so most likely when residents see more than one, it is a mother, father and pup or pups.

Commissioner Karen Seel asked about problems caused by people feeding feral cats and if that practice endangered the cats. Scotten said the coyotes would see both the cat food and the cats as food.

“They do kill cats,” she said. “They eat the food and kill the cats.”

She recommended that community cat caregivers not leave food out, which would reduce the likelihood of attack on feral cats.

Brightwell said the county’s ordinance restricts those who feed feral cats to a three-hour period each day. The recommendation is to feed one time, then remove the bowls and food.

He said if people are having coyote problems, the first thing to do is to check for a food source and eliminate it. Then begin to haze so the animals don’t feel comfortable coming around.

For more information about coyotes and to view the hazing video, visit https://myfwc.com/conservation/you-conserve/wildlife/coyotes/.