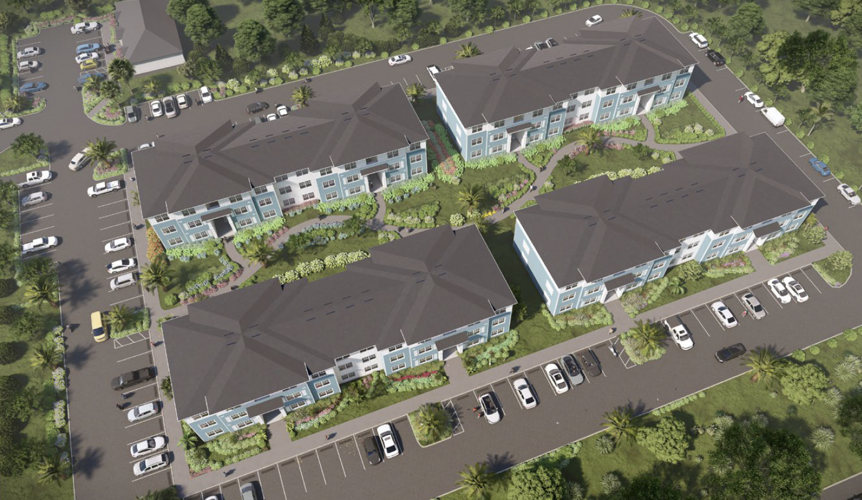 The 96-unit Seminole Square Apartments complex in Largo is one of several affordable housing projects in Pinellas that have needed extra funding because of sharp rises in construction costs. 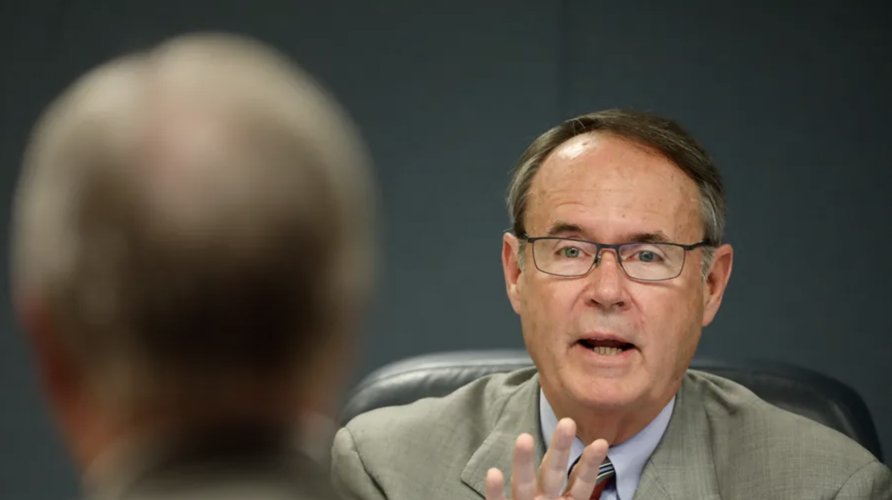 Pinellas County Commissioner Dave Eggers is worried that workers like teachers and first responders will leave for jobs in other counties if they can’t afford to live in Pinellas.

The 96-unit Seminole Square Apartments complex in Largo is one of several affordable housing projects in Pinellas that have needed extra funding because of sharp rises in construction costs.

Pinellas County Commissioner Dave Eggers is worried that workers like teachers and first responders will leave for jobs in other counties if they can’t afford to live in Pinellas.

But three of those projects, totaling 370 affordable units, are on hold as developers seek more funding. A fourth, the 96-unit Seminole Square Apartments complex in Largo, is underway after Pinellas County commissioners signed off on another round of funding in September.

County staff and developers alike say inflation has risen faster than they can build, exhausting even money set aside for unexpected increases in costs.

“You have internal contingencies that you think you have some cushion in,” said Dave Heaslip, a development partner at Archway Partners, which is behind the Seminole Square project. “But we blew through literally everything.”

Costs have risen for almost all aspects of new construction: Wages, to attract scarce workers; fuel prices, sharply higher for much of the past year, which in turn affected lumber prices; materials, due to supply chain problems; and, most recently, interest rates, hiked by the Federal Reserve in an effort to tamp the inflation that’s driven some of those other costs.

Each of those was a factor in the Seminole Square delay, Heaslip said. The total projected cost of the development went from $27.5 million to $30.7 million. The county’s second round of funding added $1.56 million on top of the $4 million it approved in February.

The delays are a sign of a problem that extends far beyond Pinellas County. In September, the Wall Street Journal reported that nationwide delays could exacerbate the gap between affordable housing need and supply over the next few years.

Carol Stricklin, the director of the county’s Housing and Community Development Department, noted that the state has set aside money that would normally go to new projects, in order to add funds to projects coming up short. Likewise, she said, her department’s focus is making sure the projects already in the pipeline get the funding they need to get off the ground. The other option — saying no to additional funding and looking instead for new projects — would only slow things down more.

“It could take two to three years from application to commencing construction,” she said. “If you’ve come that far and aren’t able to build that project, the next round of projects is going to take an equal amount of time, so you could see a gap in production.”

Pinellas County is not the biggest spender in the projects it has a hand in: Between all its approved developments, the county has dedicated about $27 million — 9% of the total combined price tag, according to county data. Nearly half the overall funding is private, and most of the rest comes from city, state and federal money.

But the county has put itself in an important position, officials say, as the last stop for developers seeking funding, after they’ve already secured federal, state and city dollars. Especially when adding funding for an already approved project, it wants to know developers can hit the ground running when the spending is okayed, said Assistant County Administrator Tom Almonte said.

During an affordable housing presentation in a County Commission workshop Thursday, Commissioner Dave Eggers said he worried about crucial workers — teachers, first responders, county employees — leaving for jobs in other counties if they can’t afford to live in Pinellas.

“The counter-cost to it is, if we don’t address it, we’re losing people,” he said. If the county doesn’t make these projects happen, “we’re just going to have long term costs that compared to the costs we’re talking about may be significantly more.”