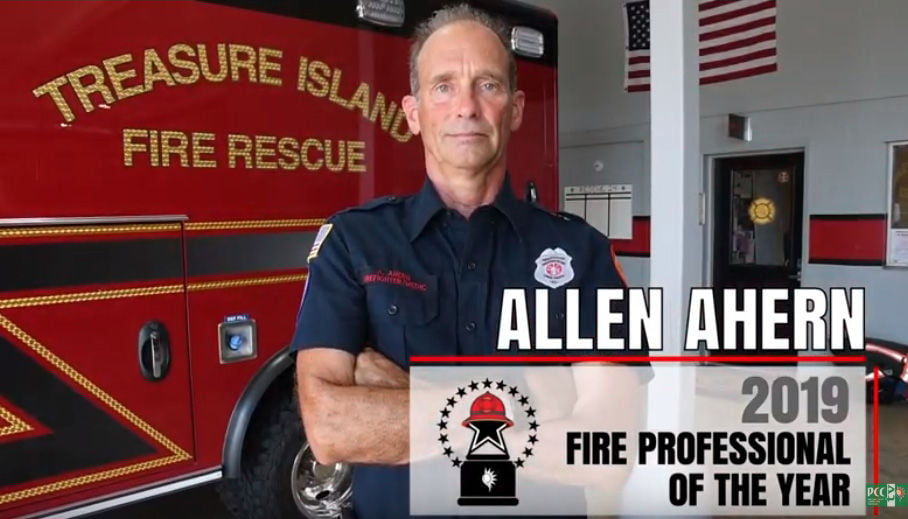 The 2019 Fire Professional of the Year is Allen Ahern, firefighter/paramedic at Treasure Island Fire Rescue. 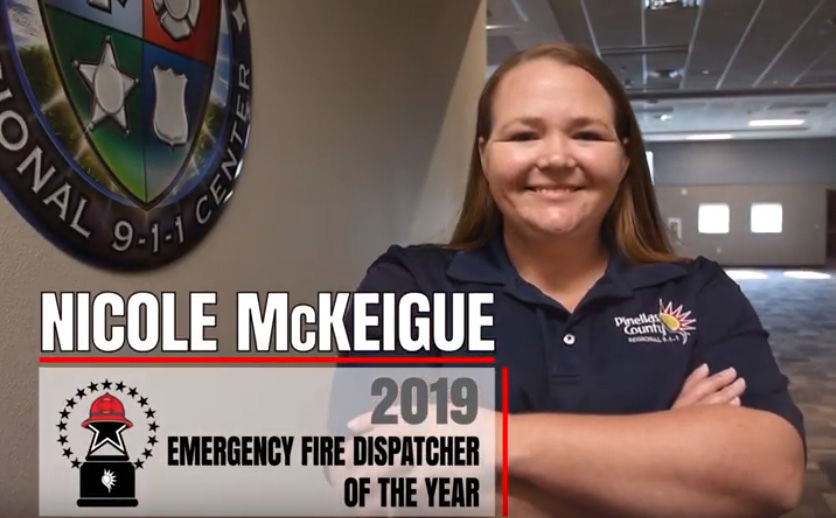 The 2019 Emergency Fire Dispatcher of the Year is Nicole McKeigue, a 911 telecommunicator 2 at the county’s Regional 911 Center. 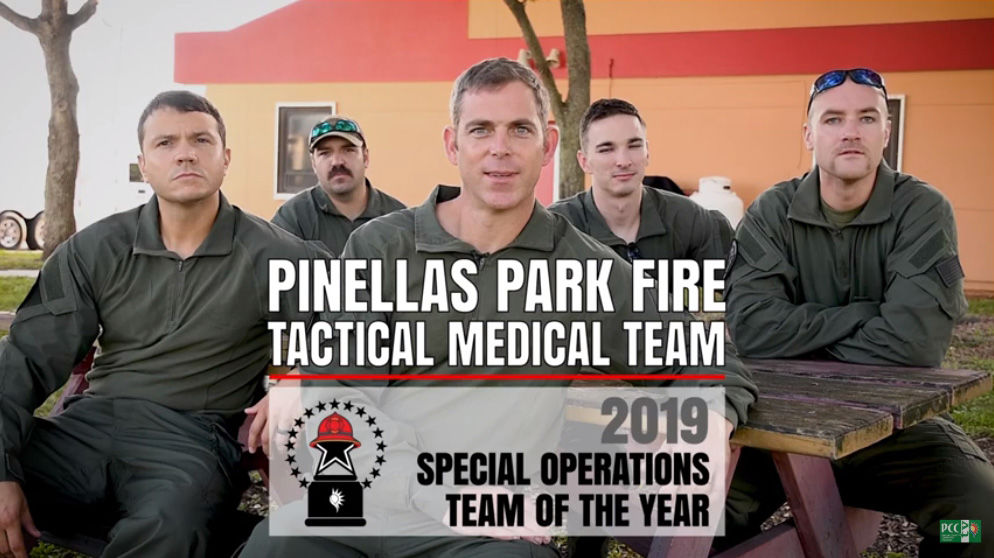 The 2019 Fire Professional of the Year is Allen Ahern, firefighter/paramedic at Treasure Island Fire Rescue.

The 2019 Emergency Fire Dispatcher of the Year is Nicole McKeigue, a 911 telecommunicator 2 at the county’s Regional 911 Center.

CLEARWATER — The Pinellas County Commission declared the week of Oct. 6-12 as National Fire Prevention Week at its Sept. 24 meeting.

This year’s theme is “Not every hero wears a cape. Plan and practice your escape.”

Commission Chair Karen Seel said people have only 1-2 minutes to escape after a fire alarm sounds, so they need to practice to be able to get out of their home safely in that short amount of time.

Craig Hare, division director for Emergency Medical Services and Fire Administration, said it is critical that residents have a plan on what to do in case of a fire. He said today’s homes have a lot more chemicals and plastics that burn hotter and faster. He warned of noxious fumes that could occur, reminding everyone that firefighters wear breathing equipment when they respond to fires.

If you do have a fire in your home or business, don’t try to put it out by yourself, he said. Get out and then call 911.

Pinellas Park Fire Chief Brett Schlatterer, representing the Fire Chiefs Association, also stressed the importance of having an escape plan. He said everyone should have two escape routes. Plans should include a safe meeting place outside the building, so when the fire department arrives they will know that everyone got out safely.

Seel said the commission appreciates the county’s fire professionals that keep safe its 970,000 residents, which is why the commission bestows what she described as “the most prestigious awards we do each year” — Fire Professionals of the Year.

All the 2019 professionals of the year were selected for their outstanding work on the job.

McKeigue was picked for the dispatcher award due to her “constant professionalism” with callers.

“Her knowledge of standard operating procedures and ability to stay calm makes her an asset in the Regional 911 Center,” according to a video about this year’s awardees.

McKeigue says she starts each shift with one major motivator, “helping people.”

“It can be routine and then it changes,” she says about her work. “Every call is different and you get those certain calls that just touch you and remind you why you’re doing it (the job).”

She has worked as a telecommunicator for 12.5 years and has faced many difficult scenarios.

“I want us (telecommunicators) to be the best that we can be,” she said. “I want everyone to be proficient in what they do. I hold myself to a high standard and hope others hold themselves to that same standard.”

Ahern’s “knack for listening to patient’s needs and his compassionate care” are two of the reasons he was singled out as the 2019 fire professional. He is a 31-year veteran with 12 years at Treasure Island Fire Rescue, where he responds to medical calls, fires and water rescues.

He is known for his care of homeless patients who often need treatment for serious illnesses and addiction issues. Recently, he got a homeless man into hospice care so he could die with dignity.

The five men who serve on Pinellas Park’s Fire Tactical Medical Team not only perform daily firefighting duties, they also assist police during SWAT operations. They work well together as a team, which is important during critical calls.

“We’re the medical element of that team (SWAT),” said Davies. “We’re there not only to protect that team, but anyone else that gets injured or hurt in the line of duty.”

“We get a bad trauma call — a shooting or accident, what have you— you can’t do it by yourself,” Coats explains. “Somebody’s got multiple injuries or a serious injury, there’s a lot that needs to be done medically.”

The ability to work as a team is important, says Huffman.

“Everybody starts to know and piece together what’s to be expected and anticipating the moves of what somebody else is going to be doing,” he says.

Nestor summed the importance of having a fire tactical medical team.

“We can face a level of threat that an ordinary paramedic off the street wouldn’t be able to come into because we have the protection and we have the training to directly work with those operators (law enforcement),” he said. “So the best part is when we get to be there and make that difference and partially be the difference between life and death for somebody.”

Florida Department of Health reported 20 more cases of COVID-19 in Pinellas on Friday, bringing the count to 1,238. In addition, two more persons have died due to the novel coronavirus, upping the death toll to 82.