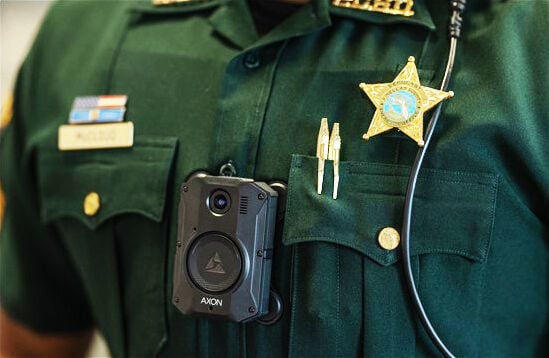 Thirty Pinellas County Sheriff’s deputies are equipped with body-worn cameras as part of a field trial that began Oct. 28 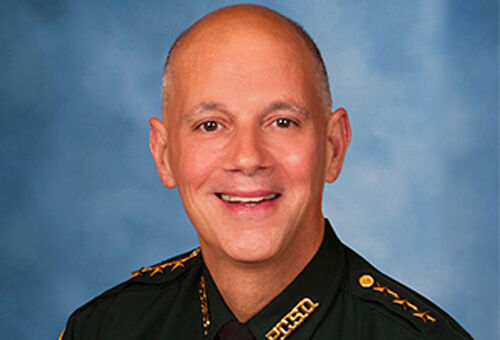 Fresh off his reelection, Sheriff Bob Gualtieri told a collection of Pinellas County mayors Nov. 4 that he is looking at ways to make his agency even better in 2021.

Gualtieri, who handily defeated challenger Eliseo Santana the day before, touched on a number of topics during a presentation to the Pinellas County Mayors Council, including a new body camera program, an expanded mental health unit, COVID-19 concerns, and crime reduction.

Gualtieri said one of his top priorities for 2021 is expanding the Sheriff’s Office mental health unit, which was established in 2016 and pairs deputies with licensed mental health professionals.

“We’ll have the trial, the pilot up and running in the next couple of weeks,” he said. “We’ll have eight teams of licensed mental health professionals and deputies that will be responding to these mental health calls in lieu of the cops in the zones who are not equipped to handle it.”

Until the mental health care system improves, Gualtieri said the co-response model is the safest and best approach.

“The cops’ skill-sets are not mental health,” he said. “The mental health professionals’ skill sets are not keeping the scene safe and protecting themselves when something goes wrong. So, unfortunately, the people who are called upon most these days to deal with people in mental health crises are those that are least qualified, and that’s the cops because they only get a few hours of mental health training in the police academy.”

That lack of training has only been exacerbated this year, he said, because of the pandemic.

For example, Crisis Intervention Training, which provides 40 hours of specialized training on preventing mental health crises and de-escalation techniques, has been hard to come by.

“I can tell you that we’re way undertrained on that,” he said.

“We only have 25% of our 550 patrol deputies that are CIT trained, because we haven’t been able to do any classes this year, and the local CIT coalition has been challenged in the number of classes they can put on. So we’re having discussions with them now about significantly increasing the number of those classes.”

Another top priority, Gualtieri said, is preventing crimes before they occur.

He intends to do that with the creation of a threat management unit in early 2021.

Last year, Gov. Ron DeSantis urged the Florida Department of Law Enforcement to establish a threat analysis strategy to ensure that agencies work together to identify and stop individuals from committing acts of violence, such as the Marjory Stoneman Douglas High School shooting.

Gualtieri said state funding for that effort was a good start, but local agencies can do more.

Overall, he said, the Sheriff’s Office has done an excellent job over the past decade.

To back that up, he cited data compiled by the FBI that showed serious crimes, such as murder, rape or robbery, are down 49.5% in the past 10 years in the 13 municipalities his agency serves.

“Some of it is just good old-fashioned boots on the ground police work, use of technology, good laws, some good policies and all of that coming together to intersect. But it does affect all of us,” he said, adding that the entire state is at a 50-year low in crime. “It affects the economy, it affects tourism, it affects all of those things that make us thrive.”

Gualtieri said a field trial on a body-worn camera program is underway.

He said his deputies’ reaction to the program has been mixed because there are still some unknowns on how it will be implemented.

He said the cameras will be activated when a weapon is pulled, but they will not be on for a deputy’s entire shift. So, deputies will have some discretion in order to be cognizant of privacy concerns.

The sheriff said his biggest concern with the program is managing community expectations about how useful the cameras are.

“I think people also need to realize that it’s just one more tool in the toolbox,” he said. “It is one more way to collect evidence and that’s what it should primarily be there for and that we don’t have expectations that are unrealistic.”

Gualtieri, who is a member of the county’s executive policy group, said COVID-19 in Pinellas has been manageable and stable the past several weeks.

He said the biggest problem producing the most complaints has been at bars and restaurants in the beach communities.

“There are some that think, for whatever reason, that they don’t have to wear masks and that some of these rules don’t apply to them,” he said. “So we’re having some discussions about how to fix that.”